After a bit of negotiation and the promise to sanitize everywhere, I had most of a deer on Mom’s kitchen counter. Not the recognizable form, no ears or anything, but the quarters and cuts, set out like steaks prepped at a grocery store. It was an exciting afternoon, because, after burning through a book or two on the subject and becoming a YouTube butcher’s wiz, I was dying to get my hands on a whole animal. I was going to break it down myself—the result would be steaks, roasts, chops, burger, charcuterie, etc.

The problem was I had two hours to work, that’s it, and, after trimming through an unfamiliar country of sinew, burned the whole time on one shoulder.

Then I had to freeze the meat to leave town and blighted half the deer with freezer burn. Then I assembled the meat grinder backwards. Then I didn’t let the beef fat I’d picked up at a hinterland shop hit room temp before I cut it into the meat. The result was an irregular, pebbled sausage that stopped up the grinder like crutches at a crosswalk.

I guess my mental condition wasn’t surprising, that’s to say, bad, naïve optimism bending under reality. It felt unfair to have a new project, simple though it was, so effectively and extensively thwarted. It felt like opposition. I’d wanted to learn basic butcher’s skills for my maturation as a man, and there I was, stymied.

I’m pausing here to say this isn’t an article on deer sausage. But in this story we’ve got an easy example of a complex concept.

Butchery! I think, Well, of course you’ve got to learn that! That’s a whole new skill! But one reason old timers laugh at youthful ambition is that old timers know a fact: the world is demanding.* While that’s clear with certain skills—motorcycle maintenance, playing the violin, kissing—it holds true basically everywhere and actually tells us something important about our lives.

The world is a demanding place. It’s that way on purpose. There is very little in us now prepared for the destiny Jesus has in mind, and plenty that must be put to death before we can achieve it. Growing into a demanding world is one way our flesh is put to death and our hearts are strengthened. (This whole demanding thing is a helpful interpretive key, once you’ve got it in hand. In fact, we did a podcast with Morgan recently on the groundwork of the concept. You can find that podcast here.)

A friend called recently to talk about his marriage. It’s in a hard season, was the point. He and his wife were fighting, he was unsatisfied at work, their friends were half-hearted on a good day. At the end of the call, our man concluded, It’s a tough time. Another buddy, this pard older, was launching a business, and, as folks who’ve done that’ll tell you, encountering one damned setback after another. That’s a tough time, too. But here’s the thing: I think my buddy’s marriage is just fine. It’s just extremely difficult to live with another person, to find that your every decision complicates or contradicts the life of someone else. I think my buddy’s business is fine. It’s hard to run a business, to abandon the status quo and bring changeful value to the world.

There are many people for whom this is obvious, but I imagine most of them are basking in paradise in a state glorified.

In hard seasons, most of the people I know (myself the ruler of the class) think, My life is hard right now. I hope it gets better, instead of thinking, This is an extremely hard task, for which I was made, through which I will become who I am. This process is called Initiation, and was, for certain periods of history, an assumed reality. At least, better understood than it is now. But I can guarantee you that embracing this fact—initiation through difficulty—will do all kinds of wonderful things for you. 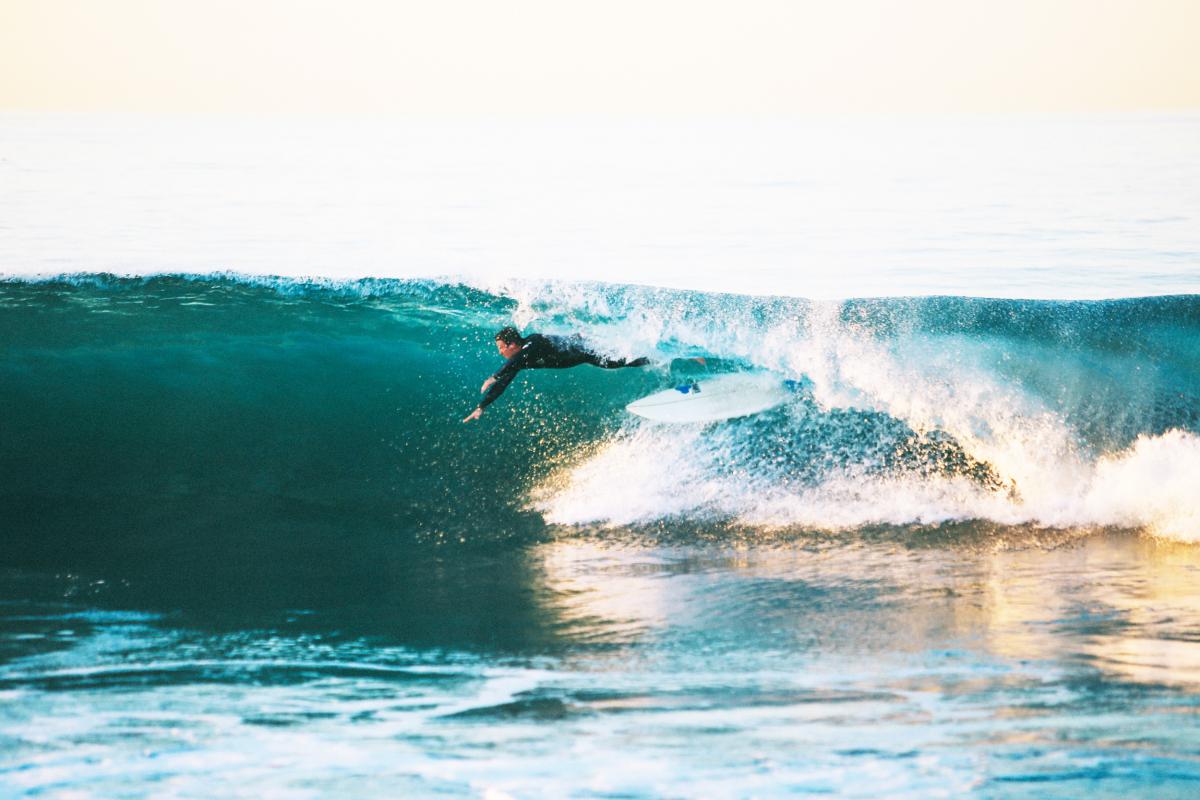 For one thing, it means you’re not blowing every new thing. I drove the second car I owned until the body shook like a tumble dryer. I thought to myself—Opportunity! You’ve wanted to learn more about your car. So I googled and diagnosed a fuel injection problem, checked lines, air intake, spark plugs, then gave up and took the car to a mechanic who explained the car was near out of oil.**

That’s a newb mistake, definitely. And expensive. But it’s also true that learning car maintenance is hard, even the obvious things. It requires (as Morgan points out in that podcast I mentioned) a death—in this case, the death of strong doses of passivity, sloth, and ignorance, in order to mature. That I’m a right fool for not checking the dipstick is sort of true, but not as true as the fact I’m growing into the person who can handle the demanding task of caring for his stuff.

Here’s another thing: it really puts the kingdom of darkness in its place, assuming you have a warfare worldview. Sometimes it seems like the evil one thwarts with unmatched prowess every new thing that goes awry. Thing is, I’m convinced the evil one loves to tally unearned points. For example, the accuser loves to claim things like I made yonder storm come in so you couldn’t climb the mountain, or, I unplugged this here freezer, ruining your food cache. I got your ass kicked out of college, etc. Granted, the kingdom of darkness can work incredible evil, but sometimes, it feels so unilateral I’m unconvinced God has a horse in the race, as in the quote sometimes attributed to Mark Twain:*** “History is one damn thing after another.” The coffee burns. A good friend passes away. Highway drivers are vengeful masochists. So on so on, life is one irritating or downright destructive thing following hard after the thing before.

Cynicism sets in. Pessimism takes over. We conclude Satan is simply winning, or we are failing, or God just isn’t helping, or life is unfair, or some combination of those three.

Not true, though. Plenty of things are difficult on their own. And that’s positive. (In fact, even the opposition of the kingdom of darkness represents a demanding condition through which we are being formed.)

The world has really muddied this up. You’ve noticed folks tend to think easier is better. The better phone is the intuitive (i.e. easier, less requiring of investment and mastery) phone. The better car is easier to drive and easier to (have someone else) repair. The better food is easier to get. It’s clear everywhere when the world texts for takeout and scores a date with the fabled thumb swipe. For some time attentive people have noticed how harmful this is—Dorothy Sayers, for example, or Theodore Roosevelt, who announced, with signature gusto:

“I wish to preach, not the doctrine of ignoble ease, but the doctrine of the strenuous life, the life of toil and effort, of labor and strife; to preach that highest form of success which comes, not to the man who desires mere easy peace, but to the man who does not shrink from danger, from hardship, or from bitter toil, and who out of these wins the splendid ultimate triumph.”

I’ve been wondering recently how to embrace all this. For one thing, I’ve been working to break the agreement This isn’t going well. Or this one: The enemy is really dominating here, and announce instead This task is hard on purpose. It is, in fact, insurmountable apart from God, and by responding to it from our union, I’ll learn how to walk with Jesus more intimately, and I’ll actually grow.

Second, I’ve been working to make certain things difficult. For example, we make almond milk in our house. That’s a small action referred to as a baby step, but still, it requires a little planning. It’s not actually cost-saving. But it is soul-saving. By engaging a just-barely-more-difficult thing, I’m getting ready for things that will be hard, whether I’d like them to be or not.

*Another reason is old timers are disillusioned; they haven’t put their failures in context.

**For those of you thinking, That’s the dumbest thing I’ve ever heard a person do with a car, try this one on: once a buddy lent his beater to a friend, who drove it across Washington but had car trouble part way and left the rig at a truck stop. We drove six hours to pick it up and tow it home, then took it to a shop. The shop called to say the trouble wasn’t that bad after all—the driver had run out of gas.

***There’s better evidence some anonymous wit thought it up, stuck it on a poster board in a bar, and the novelist Lillian Bell jacked it for a novel.

****Nice work reading through the footnotes. It’s not the one thing that differentiates good readers, but let me say, You’re on the right track.

Five Agreements that are Killing Millennials up And Sons Gear Guide Vol 1 (or 2): The Material Life Starter Kit