Editor’s Note: In our winter issue we featured an article by Sam Jolman titled, “Men Need Romance, Not Just Sex.” That article got a lot of traction, we’re glad to report. Building on the theme, we asked Padre—who has a few more miles in this arena—to write on some simple steps towards awakening romance in our lives. What he chose surprised even us.

I want to begin by saying I’ve chased quite a bit of what you might call epic romance with my beloved. We’ve canoed in the dark. Been to swanky hotels for getaway weekends “for no reason at all.” Picnics. Walks in the woods. Went to Hawaii for our 10th Anniversary. And I even said “yes” to a short visit to Paris this summer. Short. Because she was so thrilled at the idea. I’m laying out a few of my credentials so that you know I’m not a guy who has simply taken the shortcut to romance all my life. TV and burgers has not been my “go to” date night.

Having offered my apologia, I wrote this piece to follow on Jolman’s with one idea in mind:

“How can men usher in simple romance in our lives?”

Dates are great but dates get sidelined because you don’t have the cash. Besides, dates often come with a lot of pressure around them—pressure to be amazing—and pressure kills romance. While we are on that point, let me rescue you from this culture of way-over-the-top dating and engagement. The whole “rent a hot air balloon and ask her to marry you while flying over Napa vineyards in which you have placed massive pieces of fabric building a portrait of her face” thing. Epic has its place, but epic can’t be the standard, or you will burn out your romance abilities in about 30 days. If we set the “cultivate romance” bar too high, we won’t even get started.

So let me say it again because it’s such good medicine: pressure kills romance.

Guys who successfully maintain a workout regimen do so because they’ve found something that fits easily into their weekly routine. Camping is cheap, but she may not like the woods as much as you, and we are after romance, not shared suffering. Besides—you have to wait for good weather and a mutually available weekend. Binge-watching your favorite show is cheap too, but numbing, not romancing.

Playfulness and whimsy are two essential ingredients toward a romantic encounter.  That’s why riding a bike down a country lane with one of you on the handlebars is such a Hollywood classic; why wading barefoot through fountains in the park works fabulously, too. With this in mind, Stasi and I have stumbled upon something absolutely delightful, accessible, virtually free, and always intimate:

Reading to each other. 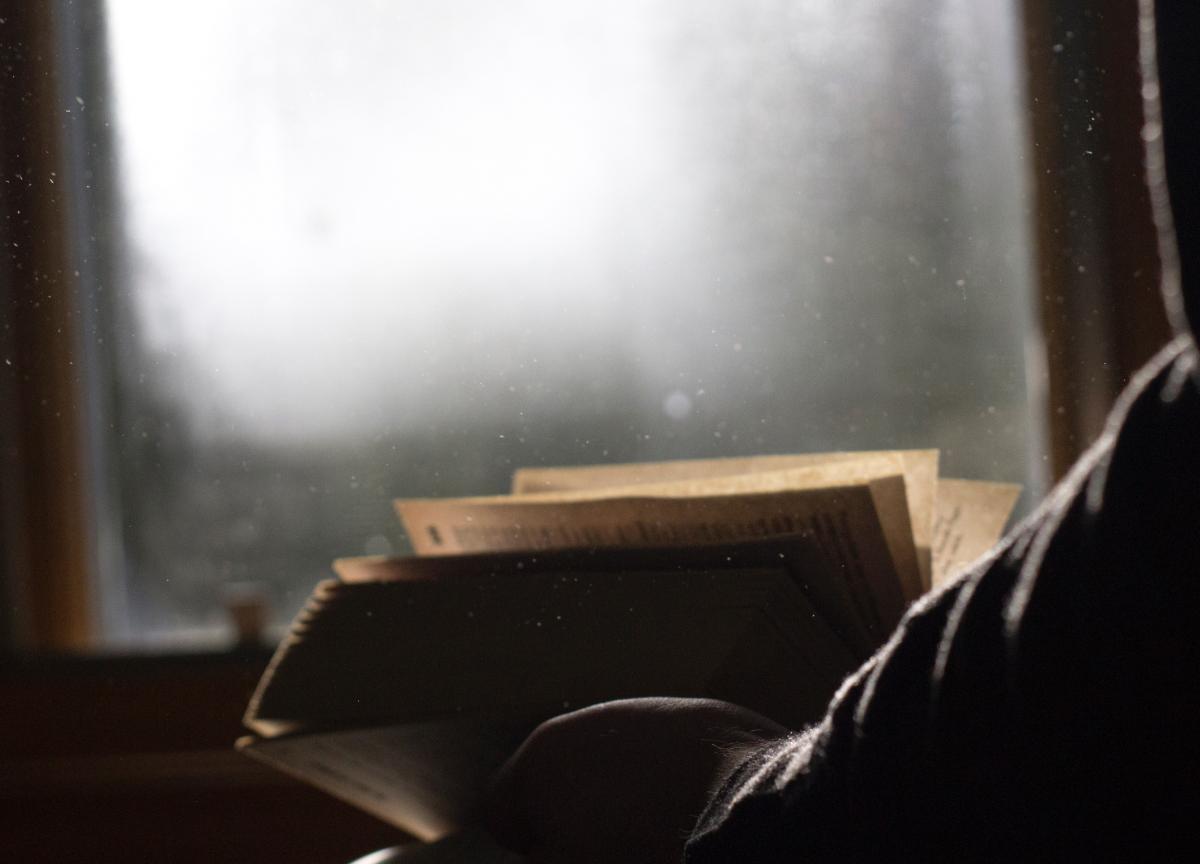 Hang on, hang on—stay with me now. Give the sage a chance. Don’t go Gaston on me. (Beauty and the Beast—the tough guy who doesn’t read? Boorish.) Didn’t you see Dead Poets Society? (Granted, a 1989 film, but one every young man ought to have in his library.) Robin Williams plays a young English teacher at an elite prep school for boys. He is not about boring books; he is trying to set hearts free. In that famous “huddle up” scene he reveals his secret to life:

“Now I see that look in Mr. Pitt’s eye—that 19th century literature has nothing to do with going to business school…I’ve got a little secret for you. Huddle up…We don’t read and write poetry because it’s cute. We read and write poetry because we are members of the human race, and the human race is filled with passion. Now medicine, law, business, engineering— these are noble pursuits and necessary to sustain life. But poetry, beauty, romance, love—these are what we stay alive for.”

So yes—reading to each other. In the evening, after dinner. It’s become one of our favorite things to do. Our most recent was Kenneth Grahame’s The Wind in the Willows, which offers up so many delicious passages. Like this one—the mole has just left his winter den to go wandering in the world bursting with spring joys:

He thought his happiness was complete when, as he meandered aimlessly along, suddenly he stood by the edge of a full-fed river. Never in his life had he seen a river before—this sleek, sinuous, full-bodied animal, chasing and chuckling, gripping things with a gurgle and leaving them with a laugh, to fling itself on fresh playmates that shook themselves free, and were caught and held again. All was a-shake and a-shiver—glints and gleams and sparkles, rustle and swirl, chatter and bubble. The Mole was bewitched, entranced, fascinated. By the side of the river he trotted as one trots, when very small, by the side of a man who holds one spellbound by exciting stories; and when tired at last, he sat on the bank, while the river still chattered on to him, a babbling procession of the best stories in the world, sent from the heart of the earth to be told at last to the insatiable sea.

Sumptuous. Poetic. Whimsical. As writers we love savoring beautiful passages. “Wait—go back and read that part again!” As lovers of rivers, it brings us back to so many shared river-memories. A good book can take you so many places, and a shared book can take both of you together. Thus, intimacy. 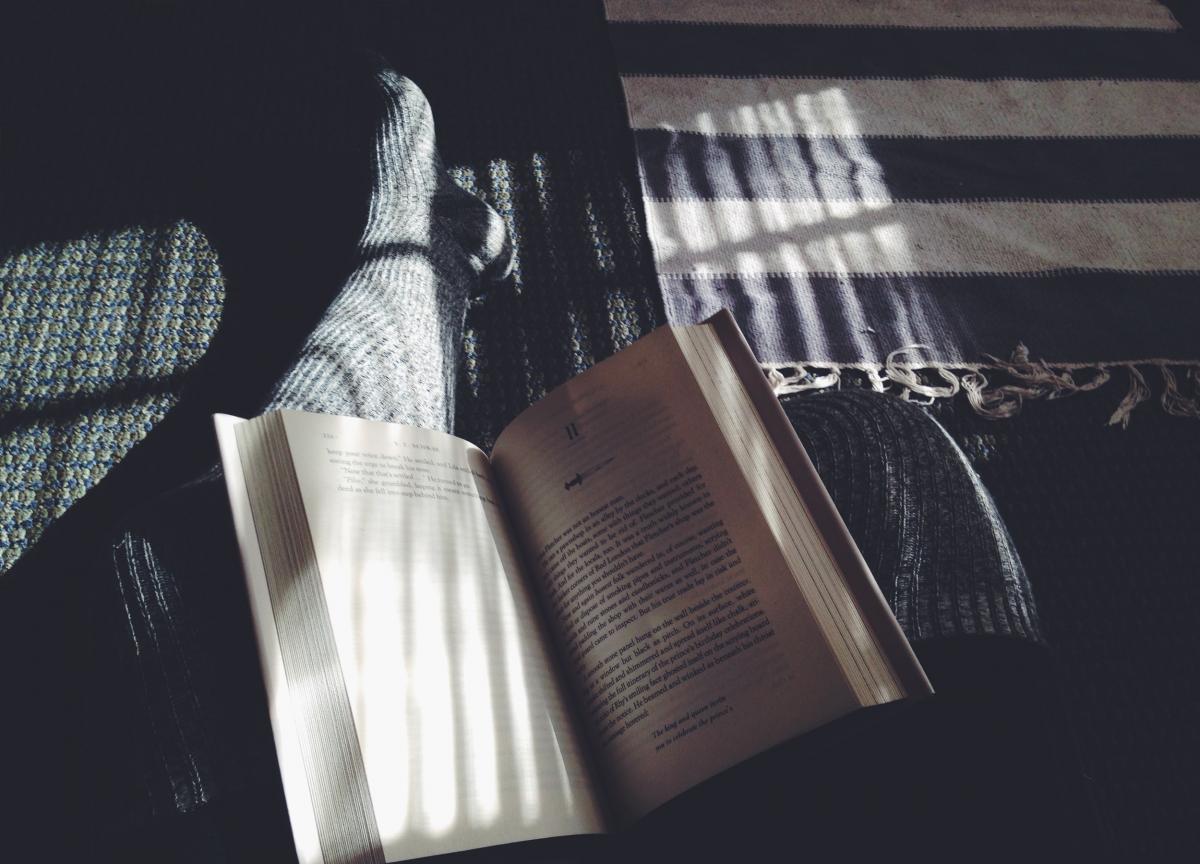 I’m not entirely sure why, but we’ve found that children’s books work best to read aloud to each other. Probably because they were written to be read aloud, and the colorful characters allow for some fun vocalizations. We started rather randomly with a few of the Narnia series. Deep into The Silver Chair, we came upon a passage which occurs after the children have fought their long way back into Narnia. Having endured so many trials and despairs, nearly falling to the evil witch, barely rescuing the prince and their own lives, they win through to safe country:

Pale though he was from long imprisonment in the Deep Lands, dressed in black, dusty, disheveled, and weary, there was something in his face and air which no one could mistake. That look is in the face of all true kings of Narnia, who rule by the will of Aslan and sit at Cair Paravel on the throne of Peter the High King. Instantly every head was bared and every knee was bent; a moment later such cheering and shouting, such jumps and reels of joy, such hand-shakings and kissings and embracings of everybody by everybody else broke out that the tears came into Jill's eyes. Their quest had been worth all the pains it cost.

“Wait,” I said. “Stop.” That last line touched a chord so deep in our own lives we couldn’t move on without talking about it. “All the suffering—is it really worth it?” This simple passage took us to some of the deepest places in our story, right to the core of it. (Fairytale does that, because it is so symbolic.) We had a beautiful heart-connecting evening. We shed some tears ourselves. And now in our bathroom—where we see it every day—stands a beautiful framed plaque with this one line:

Their quest had been worth all the pains it cost.

You’ll be surprised how many deep and wonderful places sharing a book aloud takes the two of you.

Book selection matters. First off, don’t get in over your head. I tried building a kayak a number of years ago; it just proved too enormous a task for the kind of free time I have available, and I abandoned it. Set yourselves up for success: start with books on the shorter side of things. The Lord of the Rings trilogy, epic though it be, is way too big to take on until you are thoroughgoing experts at this. In addition to the Narnia series and The Wind in the Willows, here are a few more high on our list:

The Man Who Planted Trees by Jean Giono

The Alchemist by Paulo Coelho

The Hobbit (which gets you Tolkien without the epic commitment)

Pace yourself. In this culture of binge-watching, where folks think nothing of devouring an entire season of their favorite show in one gluttonous feast, it might require a little self-discipline to take it one chapter at a time. Then you have this marvelous commitment to read each night, or each week, and something you are both looking forward to (which is romantic).

The Next Level: Read aloud something you have written yourself. I know, I know—the lurch you just felt in your gut tells you it’s risky. But if it isn’t risky, it probably isn’t love. And the intimacy of opening up your writing to your beloved is wildly romantic, like opening a door right to your heart. A blog post. A poem. A paper you loved, even from years ago. Something from your journal.

There’s an old Buddy Holly song (which the Beatles grabbed) that opens, “Words of love you whisper soft and true/Darling, I love you.” They don’t have to always be your own words. Reading words and stories that you love can open up new places of romance in your relationship.

A Strong Cup of Coffee, Literally up