$20 Adventure: A Long-form Daring Journalistic Investigation into the Why of Attainable Adventures

It was hot and the prisons were strewn across the plain like wooden blocks, and I was in the driver’s seat of Jon’s car because he’d stopped for gas and made friends with a motorcyclist and we’d left him, stranded in the Colorado desert and wishing he still owned a motorcycle. We were on an adventure and it felt that way, hot spring sun and desert rocks and prisons all, because a month before we’d come up with a revealing challenge:

Offer each other $20 to find the best adventure possible.

Where’d that challenge come from? Go back with me in time. It was early March. An otherwise unassuming morning. Email, podcast cold contacting, back and forth to the coffee pot so many times I wondered again if anyone else drank the office coffee and if not why it’s not in my office where I could reach it without breaking writing streaks before realizing, again, that if it were on my desk I wouldn’t be able to get up and go get it and heckle my coworkers. So I left it there, and we had a publication meeting where we ran into a problem: our readers didn’t adventure very much. Sure, the skiers skied and the fishers fished, but we meant a meaningful deviation from the norm, a regular cultivation of risk. Most of the people we knew didn’t do either, and many of the people we heard from explained, in varying tones, that adventure was either expensive, excessive, and gaudy, or else irrelevant in the face of so many pressing human concerns. This seemed strange, given that most diehard adventurers are poor, understated, and underdressed, and it isn’t easy to help the world with a famished heart. 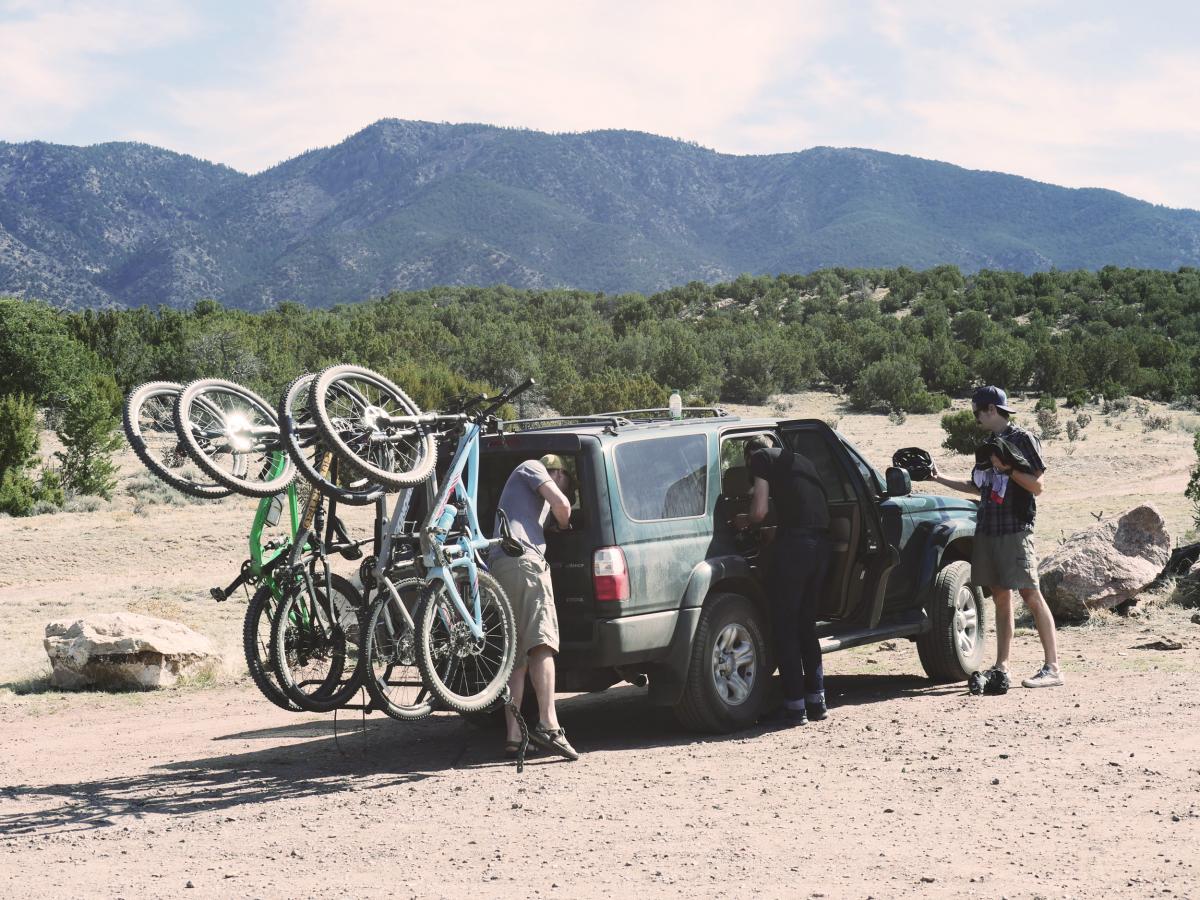 But still, the point remained, and we decided to address it with a grand experiment. Do something exceptional for $20.

This was great news. I had 20 unexpected dollars, not a paper bill but a promise of remuneration, and I got to come up with strange adventures, like being paid to come up with magic tricks other people would perform. I decided, as the meeting went on, that I would spend it on gasoline if I could meet someone famous but would otherwise spend it on the adventure itself, on the rental or the lift ticket or the license. By the time I went back to my desk, I had a vague but growing aspiration to travel the world for $20 and coming back and write a book about it that would help others and make me famous. I went to my desk. I opened theflightdeal.com.

It’s amazing all the places you can go if you’re impulsive and don’t have a job or wife or daughter. You could fly from Seattle to Paris and back for $500 on a recent deal, although, since in our case you’d arrive with -$480, it’s unclear what you’d eat or do when you got there. Still, for a similar fare, you can fly basically anywhere if you wait long enough and watch the right websites. But I didn't want to spend $500 and didn’t want to wait. The flights available to me were to Phoenix or Austin, both current deals on Frontier, both about 40 bucks, but given that I didn’t know anyone there and didn’t want to visit either place, my jet-setting dreams fell flat.

Maybe this is why most adventures don’t get off the ground. The familiar things are too familiar and the new things are too new and we end up in the middle territory, biking to work and learning skateboard tricks in the garage but mostly grocery shopping and doing laundry and tossing a frisbee and falling short of invigorating adventure.

The issue isn’t imagination. I found a class in Nevada that would teach you to ride bulls, and not one but two free motor-less motorboats on Craigslist. I found a travel loophole: if you didn’t own a car and didn’t want to hitchhike you could take the casino bus from Colorado Springs to Cripple Creek and back again, for free, and although they’d do their best to make you feel otherwise, neither the driver nor the casino staff could actually make you go in when you got there. I learned this from a childhood friend in town who rides the bus to hike around Cripple Creek (he says) and to meet casino-bus-riders and then put them in stories with names and identities nominally but not significantly altered. That would be a little out there for me, but it proves the point—we can think of plenty of things to do, we just don’t usually do them. 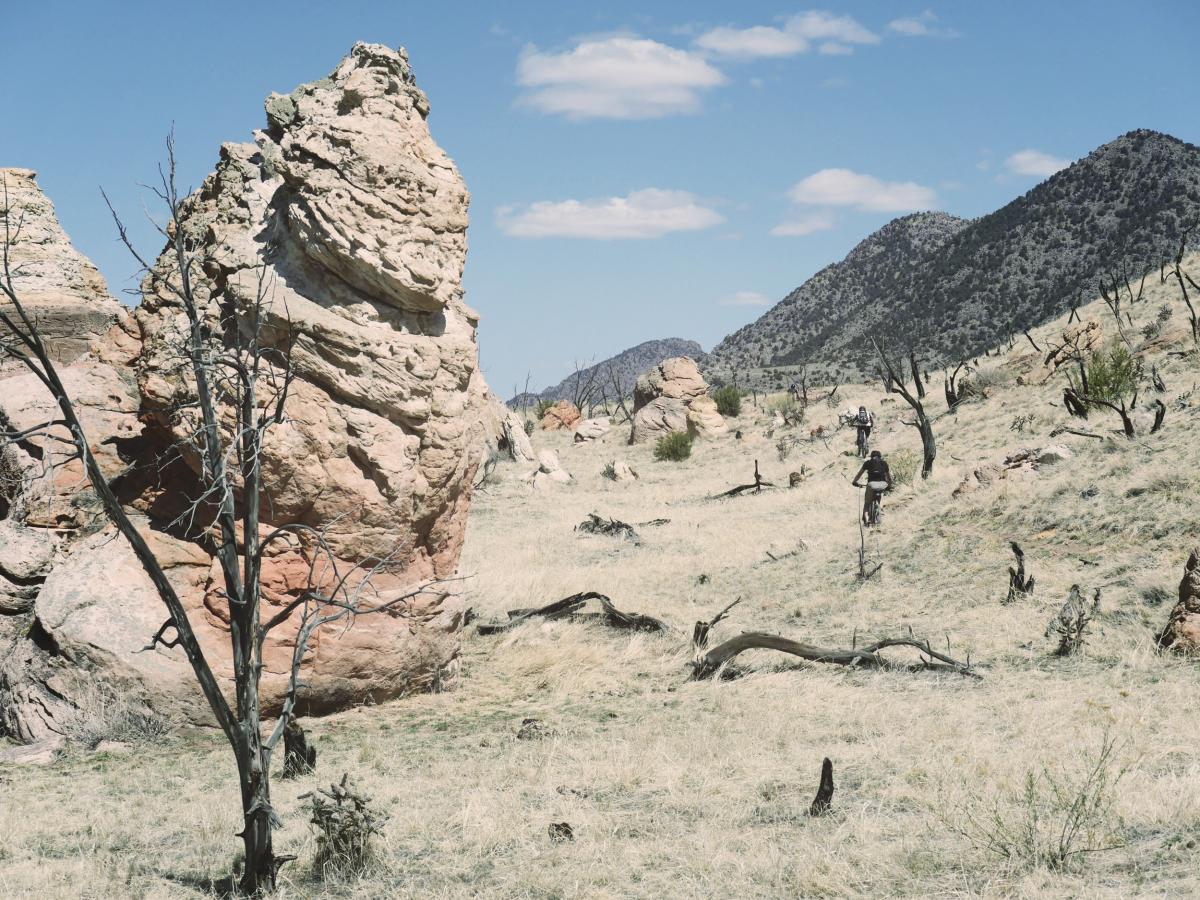 The issue, as I see it, is that most people, myself included, don’t understand adventure or value it appropriately in the economy of our time. For one thing, it’s remarkable how little I wanted to spend on it. If you’re crafty, $20 will buy you a lot of food (it was my weekly budget for a bit after college), and if you’re not, it’s still either too large to spend on something small or too small to spend on something large, and so we don’t invest in the life of our heart. That’s what adventure is, by the way—an investment in the maturation and sustentation of the soul.

Here’s a workable definition: An adventure is comprised of two elements. 1. Something risky is actually at stake. We’ll win or lose something valuable; we’re invested in the outcome. It might be our body or our bike or our reputation, but still, some meaningful thing is on the table. We have a dog in the fight and skin in the game. 2. The outcome is largely dependent on our actions. Driving to work isn’t an adventure. We can’t make the lights change. We can’t really control the overall rate of traffic. And in fact most of our life doesn’t feel like an adventure because so many of the circumstances of our happiness are outside our influence. In contrast, jumping across a stream is adventurous: we either make the jump or we don’t. An important conversation is adventurous: we need to discern the right things to say, in real time, and we all know that if we don’t say them, something important is and has been lost in the conversation.

You see where this is going. All the important things we accomplish in our life are adventurous—work,  marriage, community, calling—and all our little adventures are rehearsals, scrimmages where we practice risking until risking becomes our nature. We can then handle larger adventures.

But see, we want adventure to be local, convenient, cheap. No wonder so many of the people I’ve met don’t take risks in conversation. They won’t risk fatigue and gasoline to try a semi-distant but well-regarded trail run. Why would they risk their reputation, which is worth far more than either if invested in far less, to answer a daring question?

Fast forward a month. It’s April, and though we’ve joked for weeks of all the fun and interesting things we can do (like spend it all on beer and cigars or take up bait fishing) no one’s done anything exceptional, but we have an issue coming up, we have to write about something. And so Sam and I break the rules. We say, look, if we pool our $20s, we can buy two tanks of gas and some very decent pizza; and so we start googling all the cool places to mountain bike in our state (which could be its own article) before realizing that one hour south there’s a whole new area in the high desert. We borrow a bike rack. We invite a couple friends, and that explains how, one hot morning, we find ourselves ditching Jon at a gas station with his new friend and heading off into Colorado’s facsimile of Coahuila. 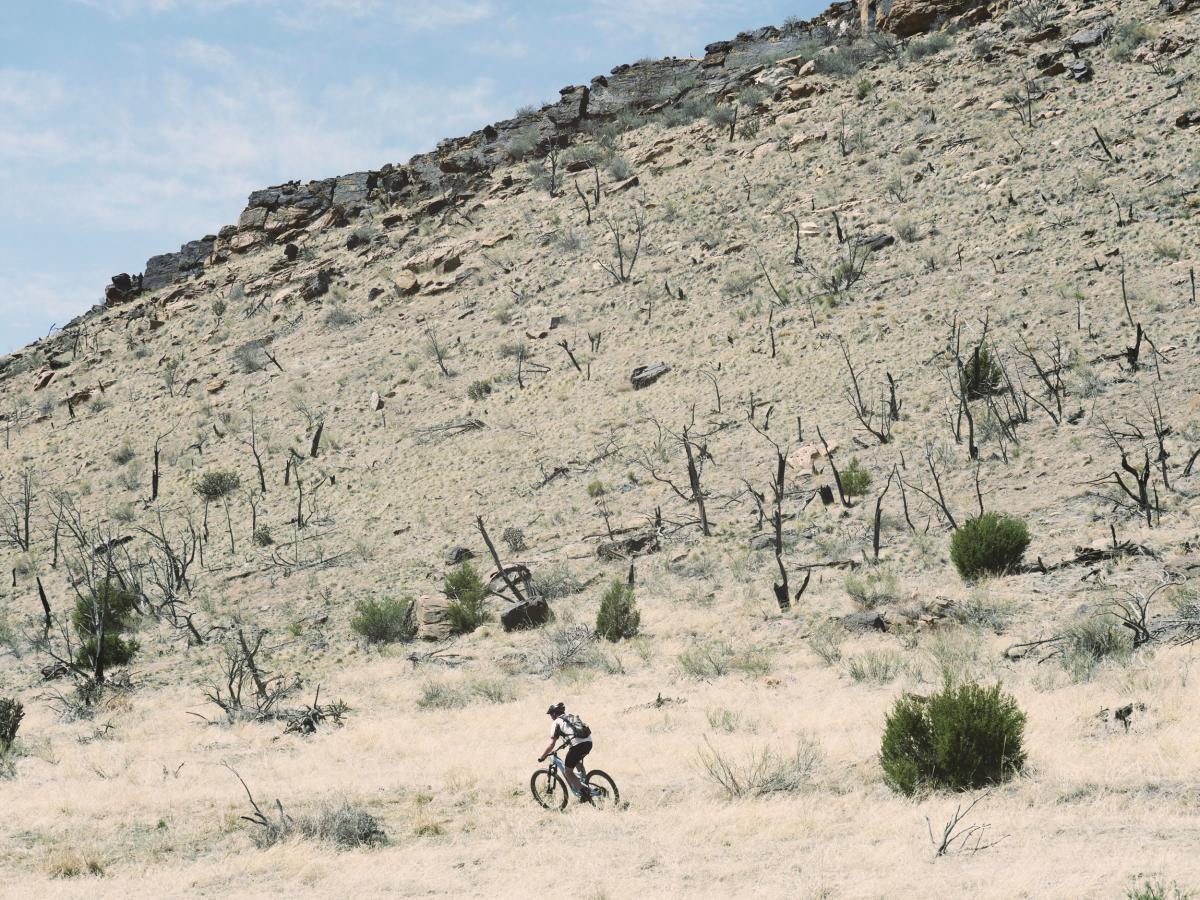 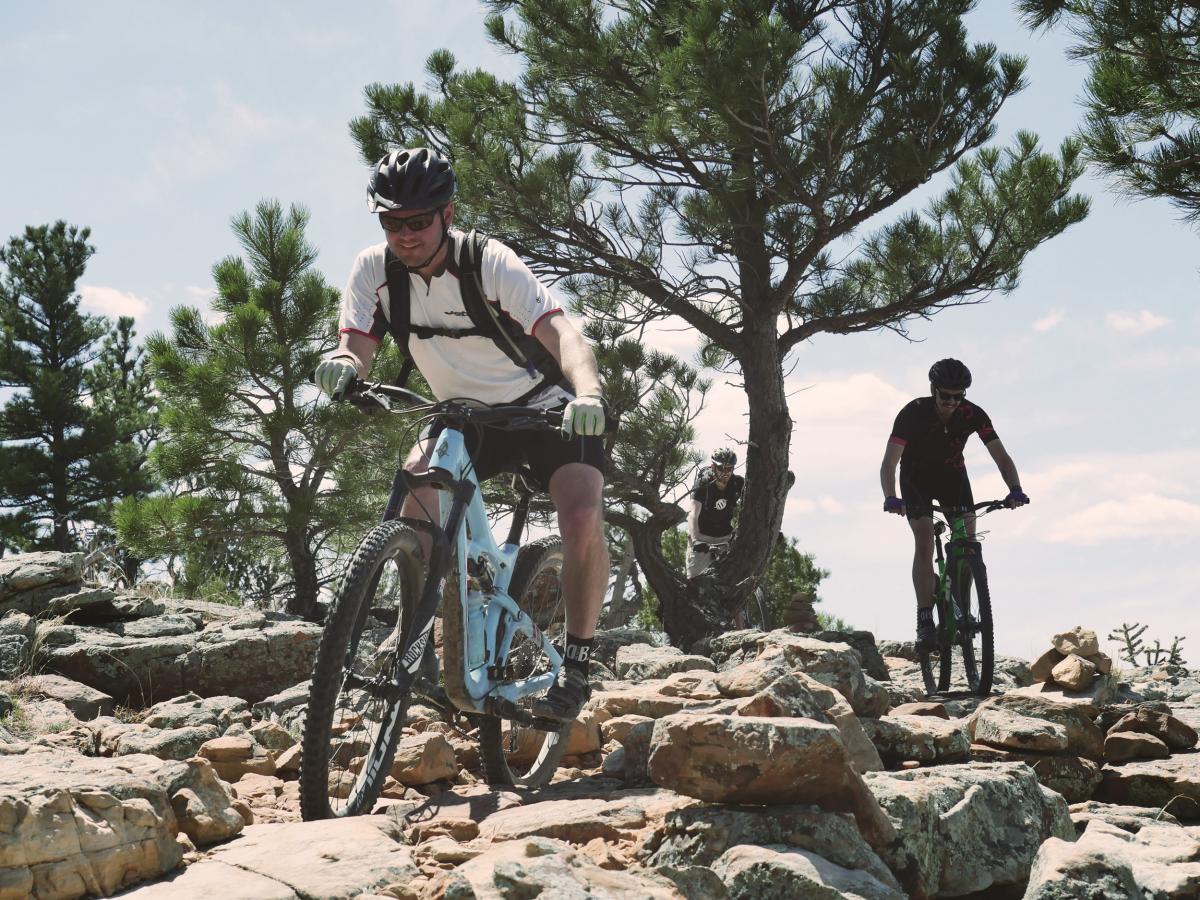 It’s called Oil Well Flats. It’s at least a little risky because it’s inconvenient, it takes an hour and a half to get there, we went sort of spontaneously, and though we’ve ridden mountain bikes before, Justin’s bike is—it must be said—from Walmart, and only Jon, who we went back for, of course we went back for, is anything like experienced. So we drove out a dirt road. We found the trails. And, since this is a how-to kind of article, here are 10 steps to do it yourself.

1. Realize that we are either adventure-impoverished or adventure-saturated, which, given that in either case we’re not really deviating from the norm, so it often amounts to the same thing.
2. Resolve to incorporate adventure.
3. Set a small budget to get skin in the game and cultivate ingenuity.
4. Don’t adventure. This can take the most time, so spend several weeks shopping working gardening chatting all the things you normally do. Sleep in, or don’t sleep, if you have a baby, but think that you don’t have the resources for adventure.
5. Tell your friends you’re trying to do the best adventure you can for $20. This can start during (4.) but make it common knowledge that you’re risky and ingenious, so they’ll ask you what you’re up to. When they stop, it’s time for 6.
6. Forget flights, trains, long drives. You need something fast—a new book, a waterfall, a date, a date with your wife, a cheap or free or borrowed bike.
7. Beg, steal, or borrow a bike, except don’t steal a bike, for many reasons.
8. Look up: “Great rides near me.” Realize that your state, even the things close to you, are better than you expected.
9. Find a friend willing to go with you. Resolve to at least have the drive.
10. Go bike. Remember that you love the desert and the mountains and that wilderness is where your heart lives. 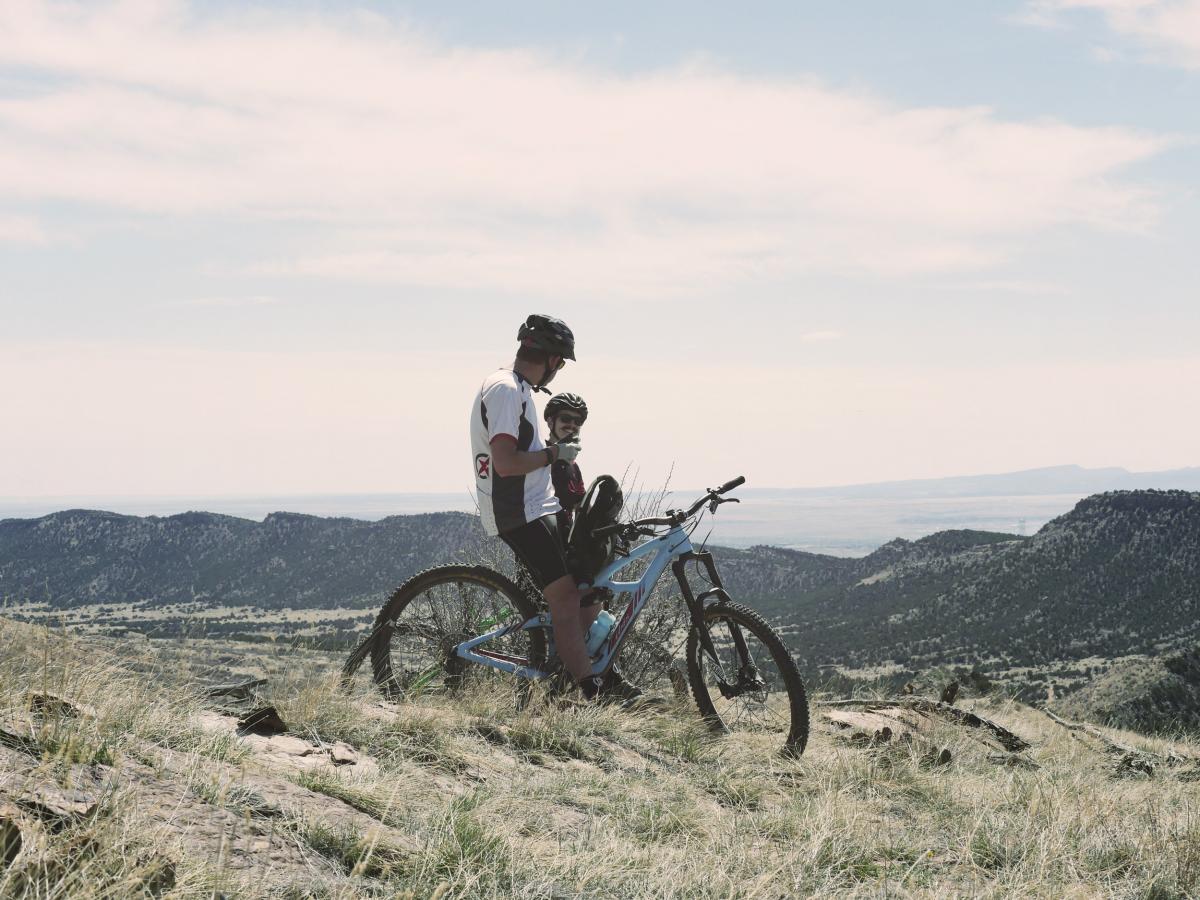 In the course of working on this for a month or so—the project, I mean—I realized that with some effort and real dedication better things were possible for me and my distant friends. For example, if you do follow flight deals, you can find round trip flights to odd places for the price of 2-3 tanks of gas. I also realized that if I thought of adventure as a real priority, in the sense of risk, then I would really treat my options differently. I let some friends in on this secret. In May, a college buddy is coming out from San Diego, 80 bucks round trip, and we’re going to hobnob and catch up and bike. I have a little list of places my wife would love here in Colorado—rivers lakes and such—and we’re budgeting them in. It’s sort of contagious when you realize it’s possible. And so here’s the challenge for anyone reading this far: have the best adventure for $20, tell us about it on social media, we’ll judge a winner on risk and ingenuity and fun, and the winner gets an And Sons hat and their money back. Off you go! 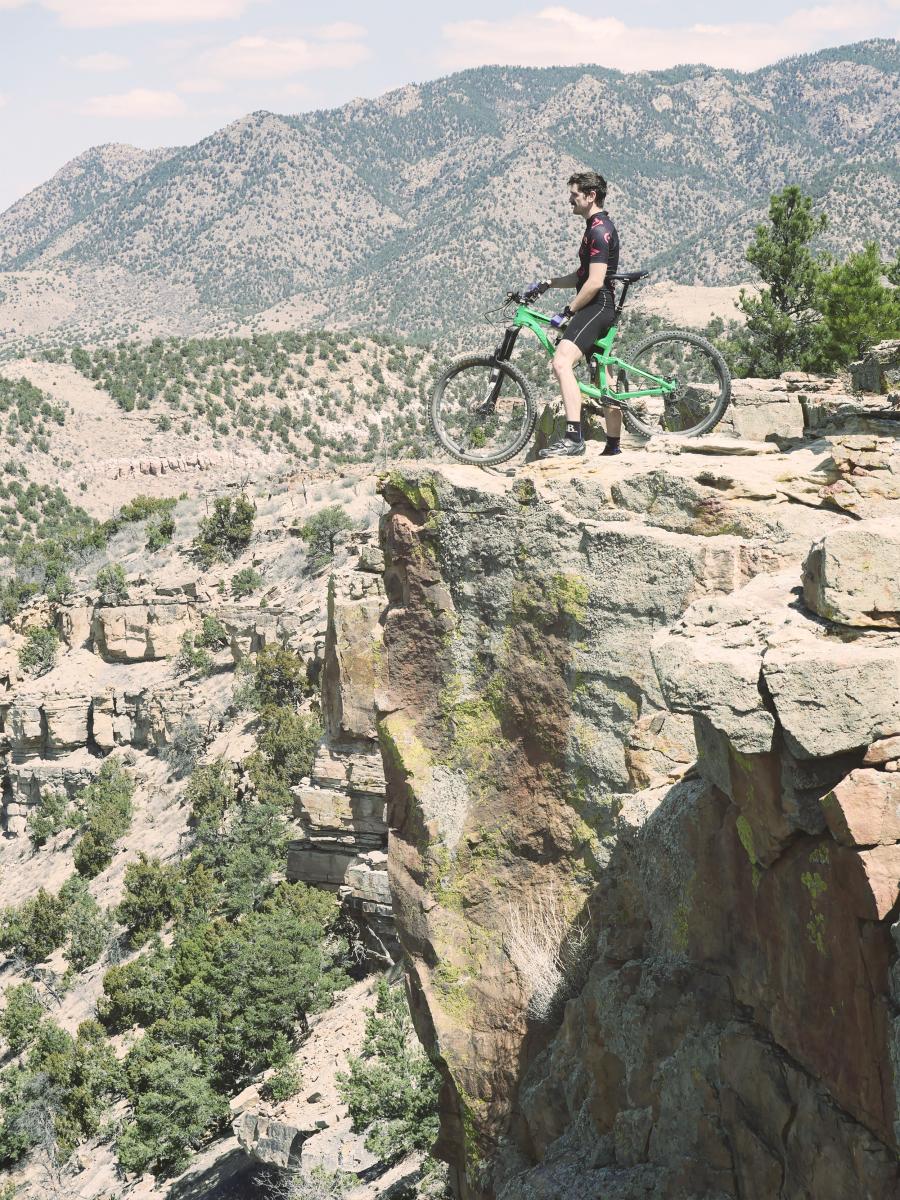