Recovering the Story All Around Us

To be sane in a mad time
is bad for the brain, worse
for the heart.

Last month I went out and saw the new Star Wars film, like several million other people around the planet. It’s a universe I’m personally happy to see resurrected, and the latest film didn’t disappoint. Afterwards, our family spent plenty of time discussing the plot, the characters, and the typical motifs of the Star Wars universe. It was then that we realized how often the main struggle is with a technological monstrosity of some sort. Ironic for a universe set in a world full of lightsabers and starships that the Death Star is the biggest and baddest of them all, and they need to take it down. It is an epic story, set in a struggle with technology of sorts. A story for our times. 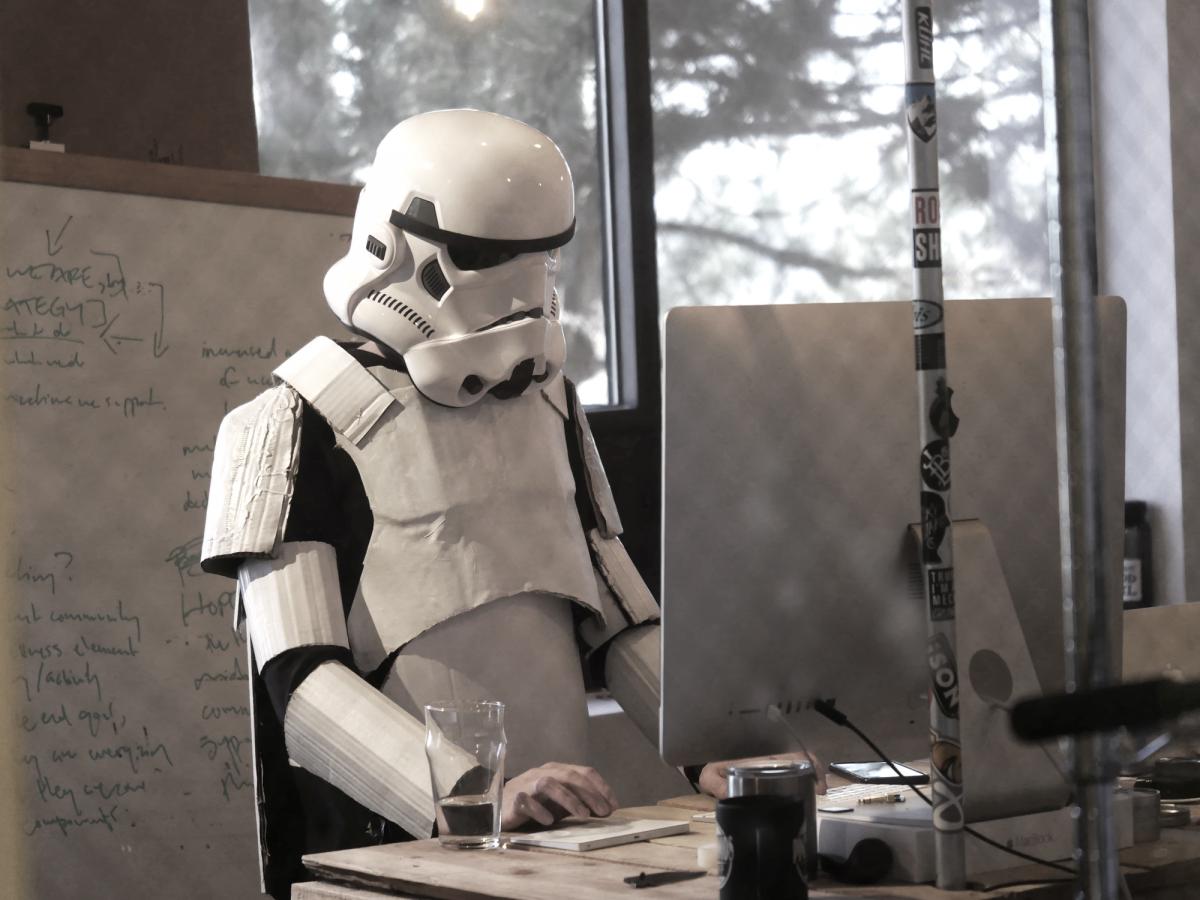 Mankind has been telling itself stories since the beginning of time. The raconteurs passed along oral traditions of tribe and nation, each tale helping their age find their place in the larger world.

“In the beginning was the Word…”

A blend of history and fantasy fills our bookshelves, pours onto silver screens, and we devour it in the hope that even a little will come true in our own lives.

But millennials found themselves waking up to the world right about the time all meaning had collapsed. When we stepped out our door as young adults, we stepped into the wreckage of postmodernism. I remember watching the Twin Towers fall… philosophically it had already taken place. 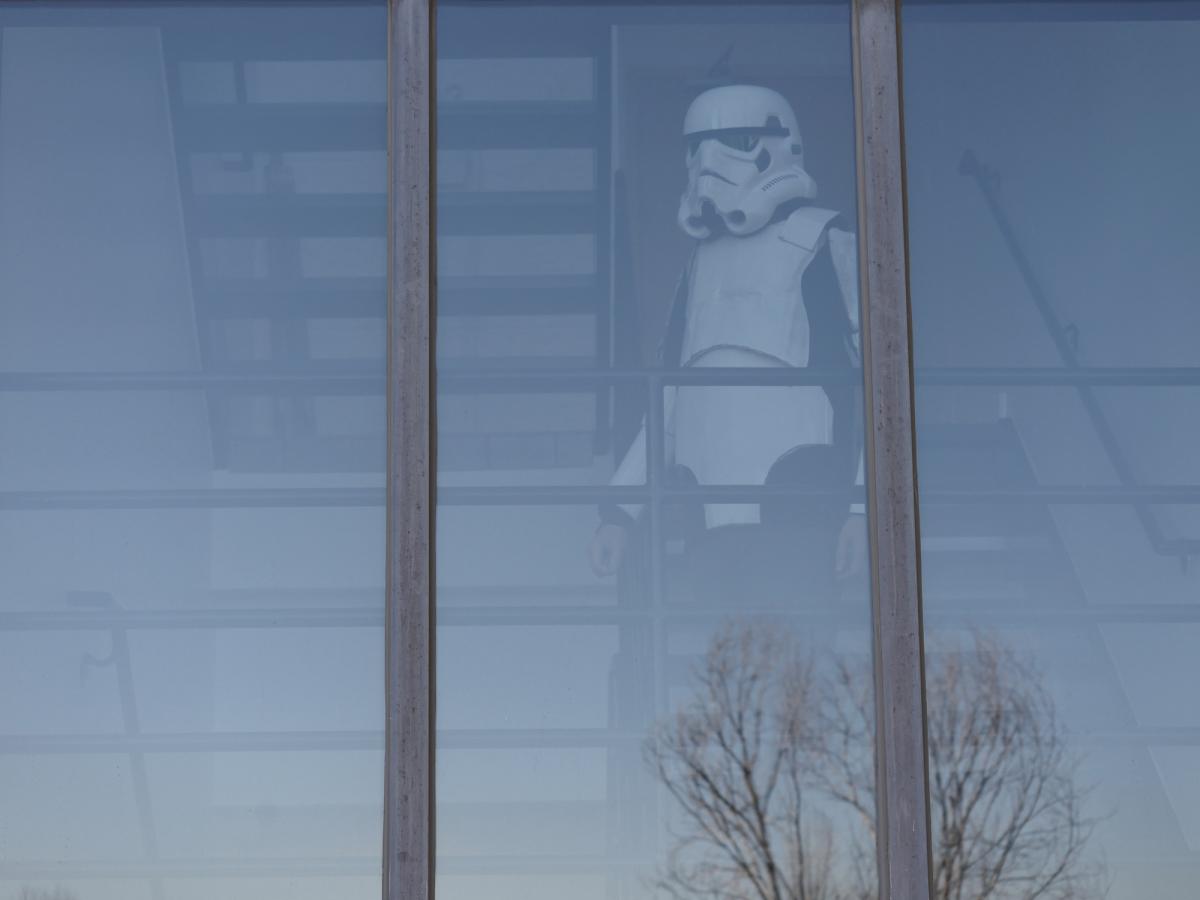 For that is where we live now: in a world devoid of living story. We have followed our need to know and understand the world around us deep into the woods, to the point that we have succeeded in gathering facts and information about everything; but what we really crave is some means of interpreting what to make of it all. Neil Postman wrote this of our predicament in his article “Science and the Story We Need”:

What we are facing, then, is a series of interconnected delusions, beginning with the belief that technological innovation is the same thing as human progress—which is lifted to the delusion that our sufferings and failures are caused by inadequate information—which is linked, in turn, to the most serious delusion of all: that it is possible to live without a loom to weave our lives into fabric, that is to say, without a transcendent narrative.

These days we lean too hard on technology to interpret our world when we ask it to tell us what kind of story we live in. It whispers of power, of reaching untold horizons of knowledge and of soaring to new heights. Yet living in the “technology story” is very different. It feels small enough to fit in the box we bought it in; it carries no lasting power like the ancient fairy tales or even the latest Star Wars installment. 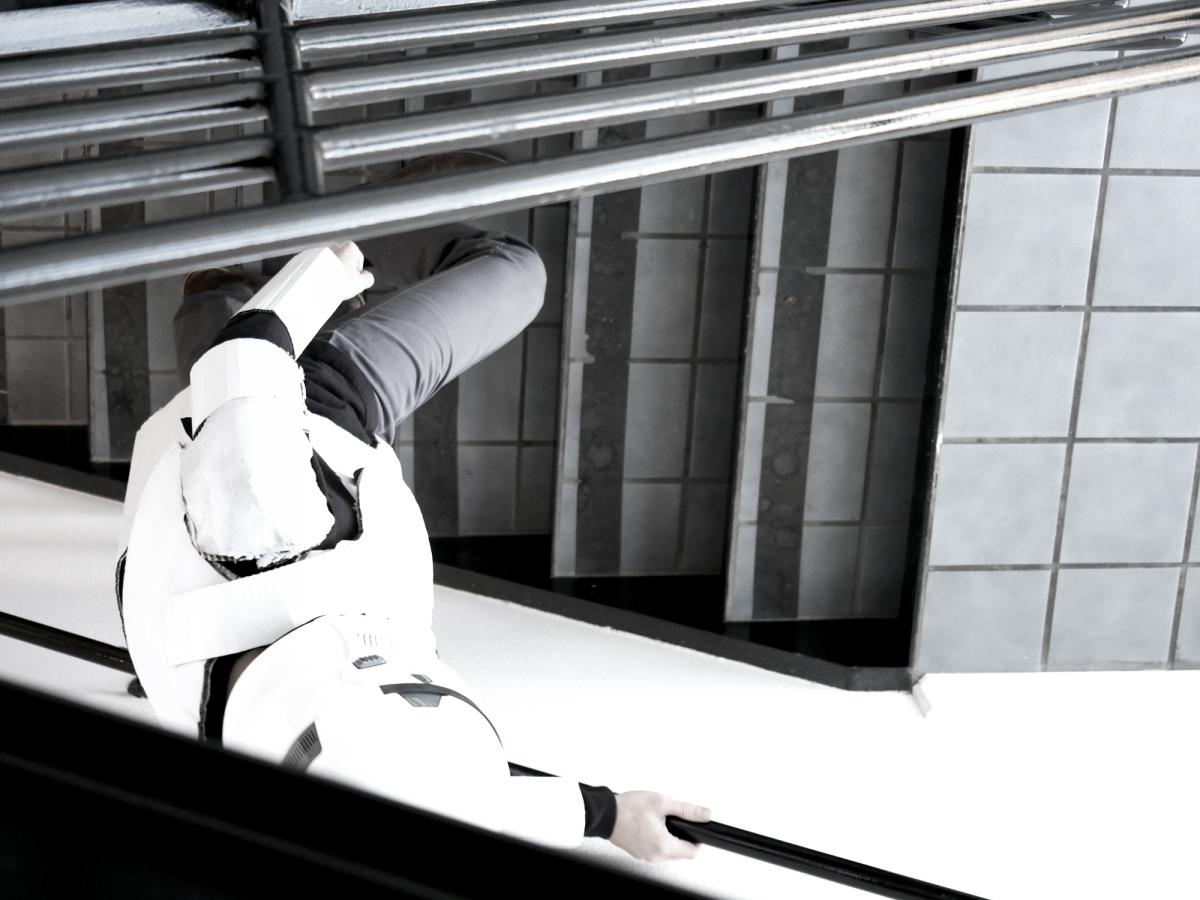 A true narrative offers something to us that nothing else can; much like food and drink nourish the body, story nourishes our very being. Without a transcendent narrative (a larger story) we will try to fill the gap with anything else that looks sturdy enough.

Some of us try to make our worlds small, say the size of a garage, in the hopes we might convince ourselves that the story is just us and our woodworking. Our personal novella that lets us live our life without bothering anyone. But this fizzles out sooner or later. Others find themselves on wooden pews hoping that the story of the law-abiding soul might sustain. Wherever we go, our hearts are not finding rest until we find some answer to our question—spoken or unspoken: What kind of story am I living in?

Everything we choose is either a rejection or a pursuit of the story we believe to be happening around us. The drugs and anesthetics are proof we have not found a narrative worth participating in, or that having found one, we cannot face the answer we were given. (Why else is suicide the second leading cause of death among millennials?) More and more, we feel the failure of technology and of science to give us a story worth reading, let alone worth living in. I think the Occupy Wall Street movements and the Arab Spring garnered so much support because we were really just crying out against empty narratives. We were all too ready to jump at the first sign of something larger.

And yet there is some voice inside which still whispers that if we try some new permutation, some different arrangement of the algorithms, we might get our series of tubes to untangle and maybe then…

The little gods of science and technology have succeeded in a good many things, the things they can do well: they have brought us to new summits and they have given us a great measure of comfort. But in the end, they have thoroughly disenchanted us, because we tried to find in them the story. This is not to say that the inner workings of photosynthesis are anything less than wonderful, or that a BMW F800GS isn’t justification for joy; actually many of the little pieces we have uncovered and built are full of cause to wonder.

Nevertheless, our age has been stripped of a transcendent narrative. We feel, and act, disenchanted.

We have built our world upon the ideals of rationalization, of dissection, of speculation, and we have ripped apart the fabric of a story worth living in, which only now that we are cold do we miss it. In an interview with the Mars Hill Audio Journal, Alan Jacobs, the author of The Narnian: The Life and Imagination of C. S. Lewis, spoke of the “enchantment of disenchantment,” naming the spell that has most everyone on the planet dying of thirst for story.

Jacobs pointed to C.S. Lewis’ much-quoted line from The Abolition of Man as the result of a world that emphasizes only the facts and not the heart: “We make men without chests and expect from them virtue and enterprise. We laugh at honor and are shocked to find traitors in our midst.” We are the men and women “without chests” when we have lost the creativity and the story that our hearts long for.

We may not have a Death Star looming on the horizon, something with a hidden flaw that allows us to take it out and save us all from certain doom. But we do have the opportunity to recover the story all around us, to recover our chests by turning from the apathy of empty overstimulation and instead placing ourselves in a context more epic even than a universe guided by the Force.