Where Does Einstein Buy His Backpack?

When I was in high school, my gear acquisition strategy was to make friends with comparatively inattentive people who loved to go outside. I don’t mean I stole anything, but I did borrow a lot of things, a habit that culminated in a pair of skis and a climbing rope. Sorry, guys.

The reason was, as anyone could guess, that gear is very expensive. Maybe Gaston Rebuffat could go mountaineering with two sweaters and a jump rope, but most of us will need a lot more things than that, and buying those things adds up. Some people seem to have the knack for getting it—garage sale junkies who stitch sealskin onto snow boots and that kind of thing. But for most of us, some other kind of strategy is going to be necessary.

As a starting place, we could put together a list of the best gear consignment shops by state, many of which have websites. A good idea; let me Google that for you. “Best-Used-Gear-Online.”

That being done, we can take our brainstorming other places.

Over the past several years, I have developed an alternative strategy to get smokin’ deals on outdoor equipment, mostly because my car was broken into, twice, and my climbing gear and then my camping gear was jacked. Well. Fool me once. The following approach was developed in an effort to extend my practicable skills beyond Googling and actually apply a bit of market knowledge to the ongoing quest to work the system.

We are going to guess at the advent of sales, and I don’t just mean quarterly and Christmastime. We can guess, within about a month, how often a sale is going to come up, using statistics, which is a calculative machine that deposits answers to the question “Should frogger cross the road?” 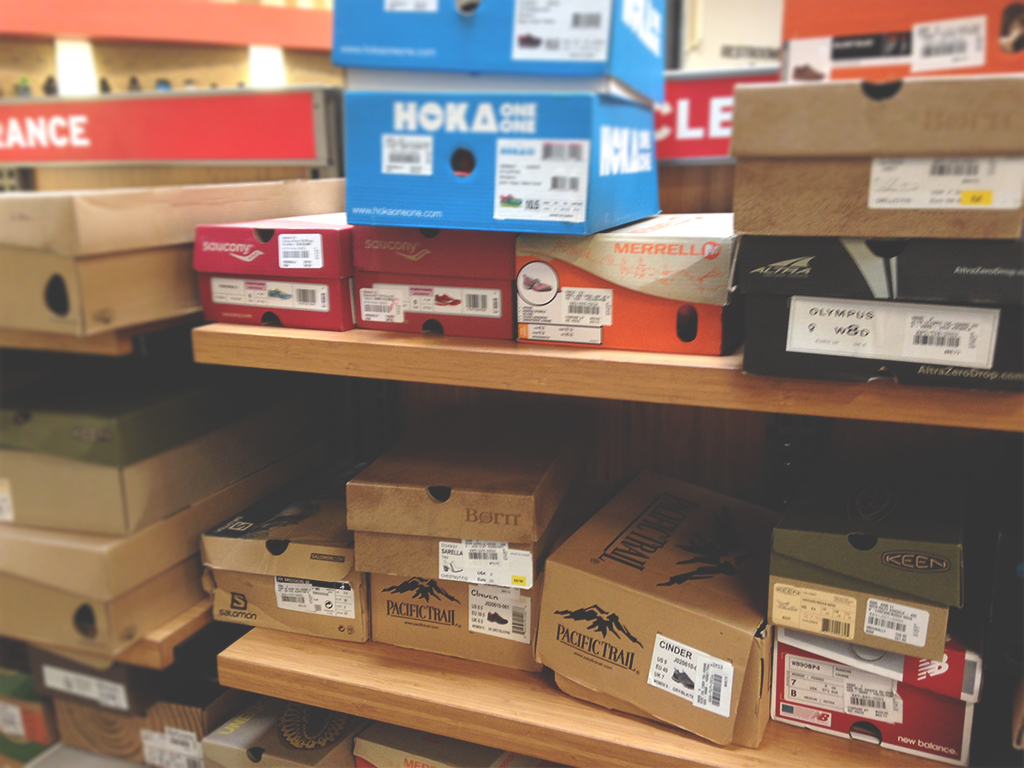 First, the outdoor industry is enormous. Larger than automobiles and larger than gasoline and almost as large as the two put together—upwards of six billion dollars. What this means for us is that there’s great data available. It’s compiled by the Outdoor Industry Foundation, a fountainhead of useful information.

Second, gear, like people, gets old, but not in any of the same ways or at any of the same times. To use a bit of technical jargon, this consequence of aging is called obsolescence. Like old music or your early pick up lines, equipment is built to operate in particular conditions. When those conditions change, the equipment cannot use time or space efficiently, and we throw it away. Now, gear has an advantage. Unlike people, who are made of bones and such, gear is made of metal and plastics and other immortal materials.

Fortunately for us, there’s another form of obsolescence, called economic obsolescence. It’s when an artifact becomes obsolete by no fault of its own, but by external causes. I had a pair of cargo pants I wore most days of middle school. Great pants. Lots of pockets. Nothing was ever wrong with them, but unfortunately, the social reception through which I determined their value was rather capricious. I swapped those cargo pants for jeans. Social obsolescence.

How can this get us all snow suits? Well. While ice axes and backpacking boots should last a long time, the industry that makes those ice axes and backpacking boots can become obsolete very quickly. Thus, while Black Diamond could—and does—make an ice axe that could last forever, Black Diamond itself is not an ice axe. It is a company that makes gear, and as such, has to perform in certain ways to stay competitive and save the dolphins.

The thing about gear companies is they have to front cash to make gear. Sleeping bags aren’t free, not even to the North Face. When the company releases a new line, they do rather a lot of market research in order to make an educated guess (statistics!) about how much of that equipment is going to sell in a certain amount of time. Unless that company is Toyota, its solvency requires that its equipment sell at something like a normal rate. Only, here’s the thing: it doesn’t, and eventually, it actually costs more for a company to keep gear in storage for a month or two and then sell it at a high rate than to sell it right away. At a certain point, it would actually be better financially for a company to give a thing away than to shelve it. You know all those sales that come up in your area? They are motivated in part by the need to clear out inventories that did not sell.

Knowing that principle alone lets us guess, with considerable accuracy, how quickly a new item will go on sale, using two broadly applicable numbers. The first number is how large a sport is. Running, for example, is the largest outdoor sport in the U.S. Size tends to increase competition, which helps us out as well as increases the likelihood that companies will produce much more quickly than a public can buy. Consumers tend to buy in the world to which they have the most exposure. And, consumers tend to sell used gear more often if they’re active in the sport. Easy to find used soccer balls or running shoes. Not so easy to find used motorcycles. So it goes.

At this point, there must be a few economists churning in their chairs. But this is wild west business, slapdash, and in order to predict when an item will go on sale, I’ve prepared the following tool; it’s useful if you’re interested in one of the five items, which, statistically, you are, because they are the most popular activities in the U.S.

Start with how much it costs.

Keeping that figure in mind, observe the following table, and find your next figure, which relativizes the size of the sport by the frequency of the activity: 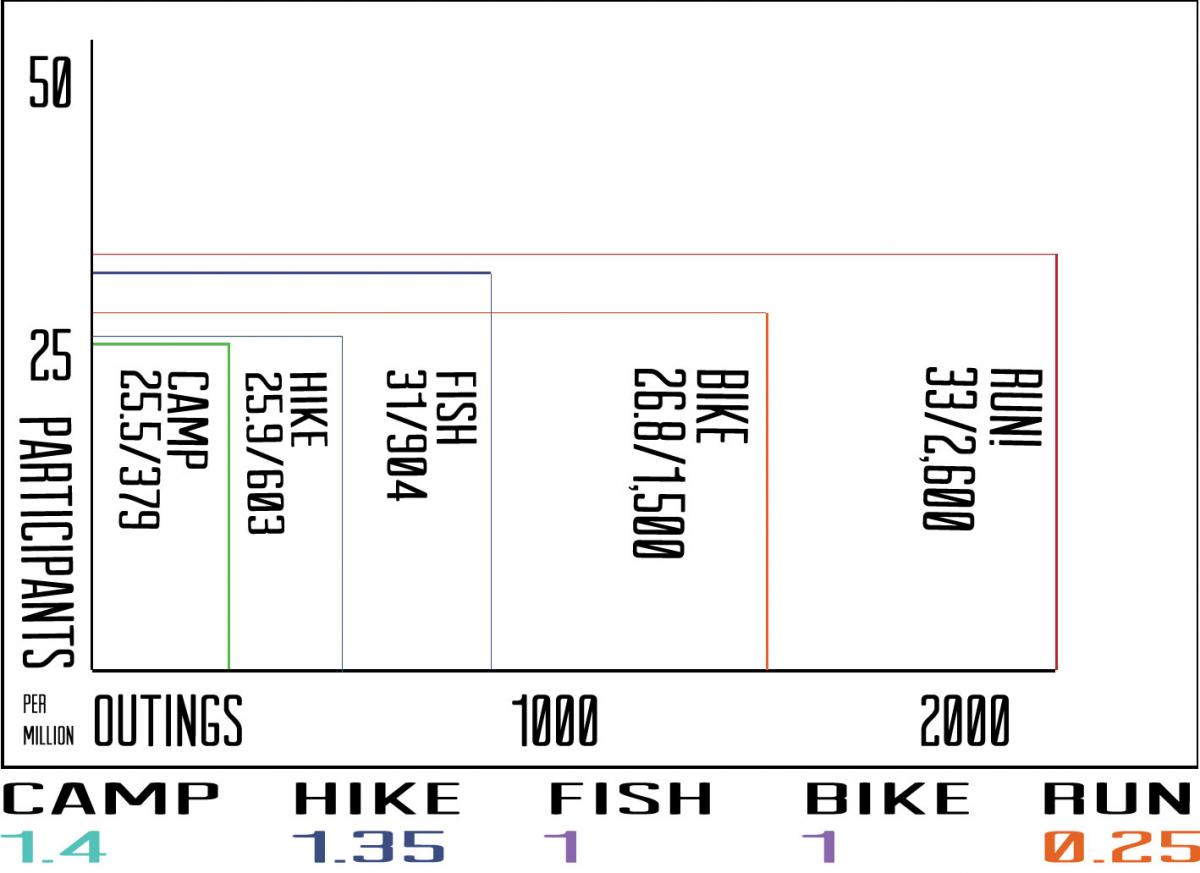 Then, use your phone and multiply the two together. A camping item, like a stove, that only costs 30 bucks? 1.4 months until you can find it 20 percent off. Of course, this also means that a bike isn’t going to drop in price more than twice a year, which is usually true.

Sure, it’s a little rough and ready. But as an orienting tool, it did let me find a Specialized Endure down 4K in eight months, which I didn’t buy, but looked at with the satisfaction of a good guess.

Or we can all wait until February, when new things come out and everything else turns to dust. 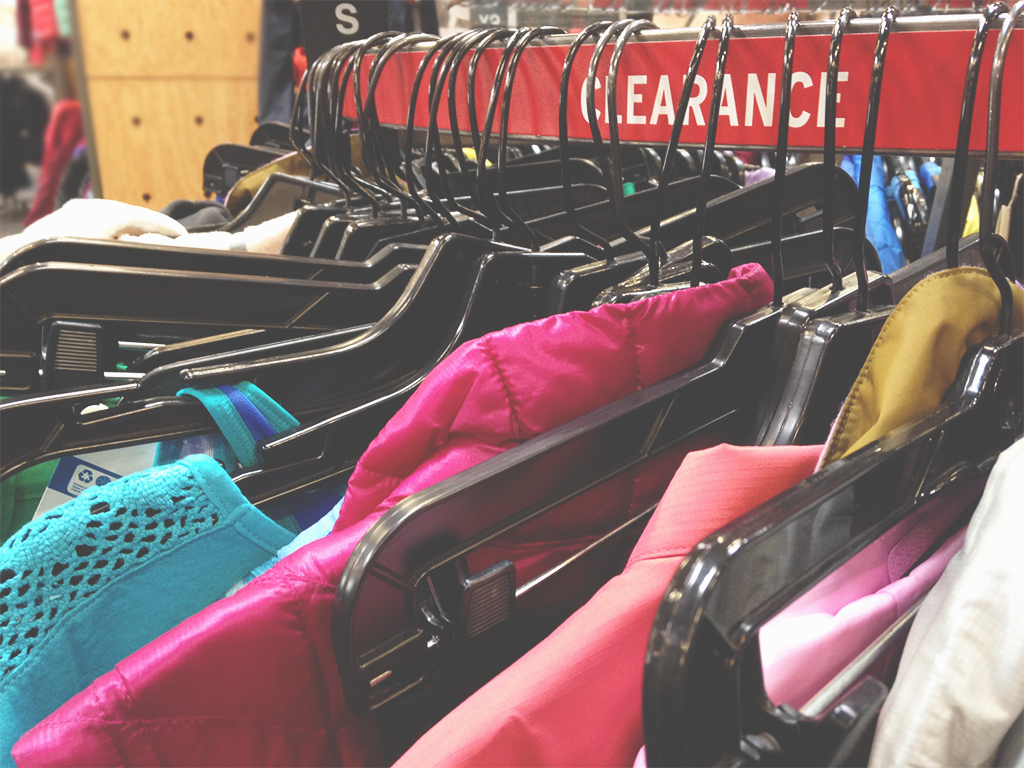