Laying Roofing Shingles in a G-String

Let's face it: Our culture is fixated on the boobies.

Okay, it's nothing new. From petroglyphs and neolithic pictures to the art of the Renaissance and the paintings of the 20th century, you don’t have to look far to see the perennial celebration of the breasts of women.

But is it just me, or is the incessant focus on boobs growing (no pun intended)?

Look no further than recent trends in plastic surgery:

The annual number of surgical breast augmentations has tripled in less than a decade. (1)

Similarly, the number of breast lifts performed annually has increased by 70% in slightly more than a decade. (2)

Our culture’s devotion to breasts expresses itself in different ways . What other kind of cancer has most major league sports dedicating uniforms, schwag, and weeks of screen time to the hot pink of breast cancer awareness?  I haven’t seen an NFL team lately wearing dark blue ribbons supporting the end of colon cancer. Colon cancer kills 67% as many women as breast cancer, yet only 5% of the resources are spent on awareness-building compared to campaigns to save the boobies… (4)  Come to think of it, I haven’t seen any  “Save the Assholes” t-shirts during the Bronco games.  Or maybe an even better one: “Don’t be an asshole—save one.”

And of course we see our responsiveness to the female breast abounding in marketing. Let’s face it: boobs sell stuff. You can slap a set of boobs on anything and it sells more.

Literally today I went to the mailbox and found a set of coupons featuring mostly very robust sets of breasts selling everything from new vehicles to real estate to roofing services.

I don’t know about you, but I can’t think of the last time I saw a woman in a G-string laying down roof shingles in the summer heat of our suburban neighborhood.

And it’s not just men.

It seems women are equally engrossed in the idea of the perfect robust breasts. Additionally, the fascination among women on bigger, better, perkier boobs often seems to target the perception of other women as much as augment their attractiveness in the eyes of men. 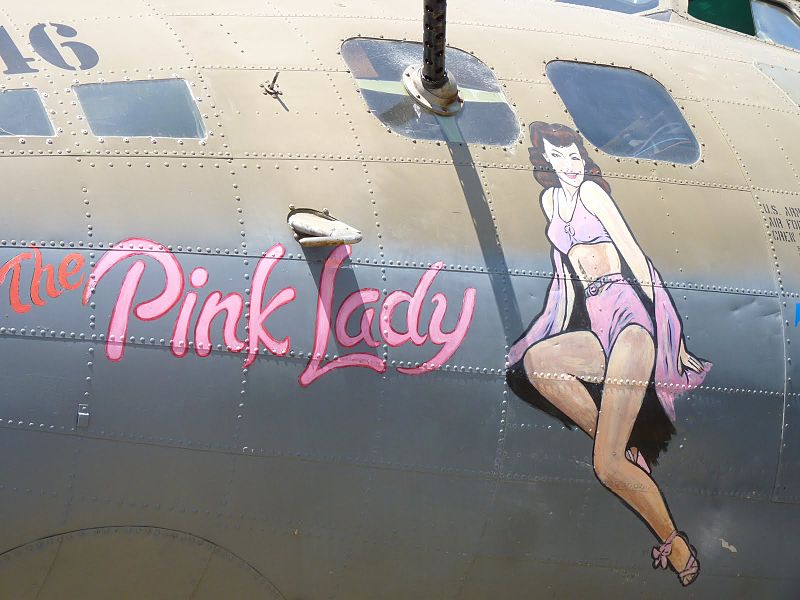 Is our attraction to bounteous, brimming cleavage merely superficial, merely the objectification of women in a misogynistic culture? Surely not. I’d guess that most of us interpret our enthrallment, however crookedly we express it, as rooted in the depths of our sexuality and the pleasure and transcendence of romantic love. Were we to peel back the layers, surely we would find in the hearts of men the sacred reaching to experience Eve’s beauty inspiring our heroic strength on behalf of love and intimacy.

But what if there is an even deeper Reality at play as well, a reaching perhaps even more fundamental?

What if the ache and longing hidden in this reality is a reaching for mother?

Okay. I know some of you might have just gagged, but stay with me for a moment.

Consider the following paragraph written by Diane Ackerman and quoted in the book Sabbath by Dan Allender:

Dan goes on to connect our experience in the womb with what might be available in our relationship with God:

“I don’t recall being in the womb, but I have never considered the peace of that home as deeply and richly until I read (Ackerman’s) sea-rhythm, heart-cadence, warm-lullaby words. I am mesmerized by the question: ‘Is that what I felt?’ I cannot know, but I can say that I want what Ackerman pens to be an experience of being so near to God that I can hear the cradlesong of God’s heart, the lapping resonance of her breathing, and the holding ground of her skin surrounding me in divine safety and warmth.  To disparage sensuousness is to stand at arm’s length from the incarnation, allowing it to be objective and abstract.’” –Sabbath, Dan Allender

Perhaps the oneness, pleasure, and satiation of the womb wasn’t meant to stop suddenly at birth.  What if the wonder of lactation and nursing continued to provide total sufficiency and nourishing pleasure?

And in nursing, a mother offers more than food. She offers perfect nourishment in the context of proximity, warmth, pleasure, and rest. Being at the breast was meant to be a saving experience, filling us like a river overflowing its banks and providing such restful, nourishing pleasure that we receive bodily this revelation of the nature of a God-centered reality: all is deeply and securely well. 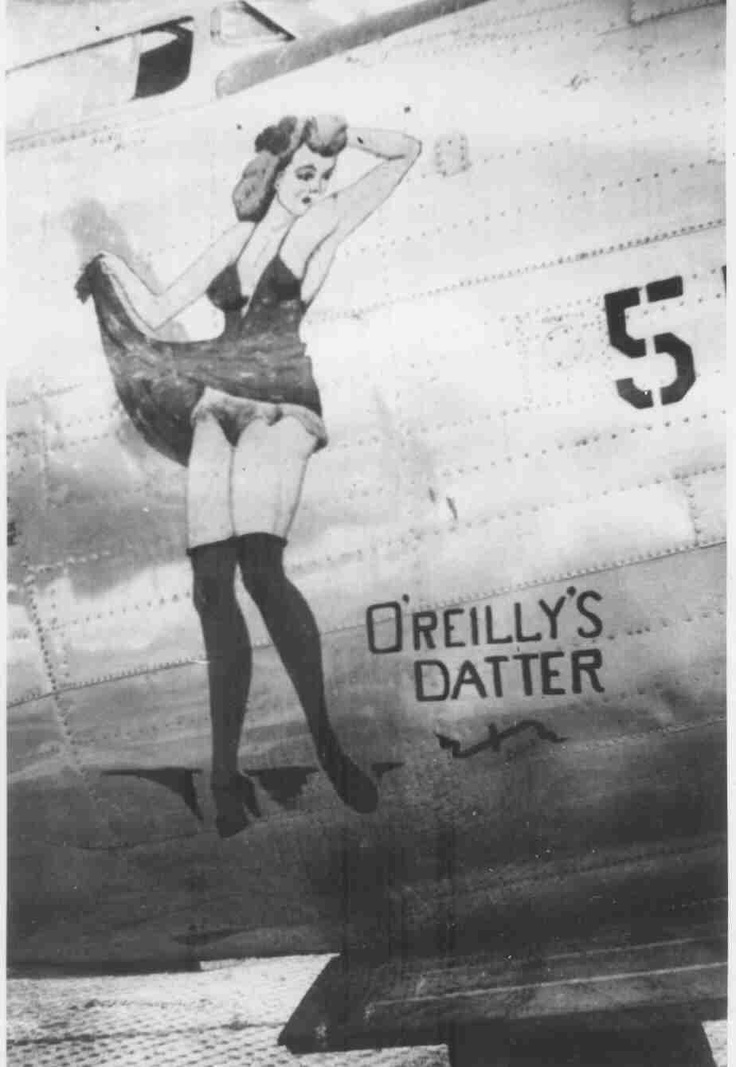 Calling out for Mother

In her book Becoming Myself, Stasi Eldredge suggests this: “There is a word called out more than any other on the great battlefields of history. When the fighting is done and the soldiers lay on the fields dying, one word is universally called out.  Mother.”

Decades later, Normandy survivors attest to still hearing such cries. As emotional D-Day veteran Frank Devito noted in a 2014 interview with Tom Brokaw commemorating the 70th anniversary of the Normandy invasion, “You know there’s a fallacy that people believe about when a man is dying. They don’t ask for God. The last word they say before they die is ‘Momma.’” (5)

What if this deep soulful reach for mother is also a reaching for God—as Mother? What if God intends not only to father us, but to mother us as well?

Yet a mother bestows something even more requisite, for she bestows the essential foundation upon which such identity and validation can land.

And she bestows pleasure and wellness.

She is intended to answer the question more resoundingly than any other voice: You are worthy of love and belonging simply because you exist.  Her love, beauty, strength, and tenderness are meant to communicate, “You will be cared for and nourished joyfully until you gain such robust well-being that streams of living water pour out from you in every direction.”

Together, the masculine and feminine were intended to confide the inexpressible:  a gender-full God who is more than we could ask for or imagine (Ephesians 3).

Consider El Shaddai, one of the Hebrew names of God that first appears in Genesis 17:1 in the context of God’s self-revelation to Abram.

“When Abram was ninety-nine years old, GOD showed up and said to him, “I am El Shaddai; live entirely before me, live to the hilt! I’ll make a covenant between us and I’ll give you a huge family” (Genesis 17:1, MSG).

Though the name “El Shaddai” most often appears in our English translations as Almighty God, many translators suggest a more accurate translation would be “The All-Sufficient One” or literally, “The Breasted-One,” stemming from the Hebrew word “shad” which is invariably used in Scripture to mean breast. In fact, commentator and scholar Cyrus Scofield describes the mis-rendering of this name for God as truly “regrettable.“ In substituting the name “Almighty God” for “The Breasted-One,”  we lose the deep significance of God revealing Himself as the Source of the pleasure, security, rest, peace, and nourishment that robust femininity was meant to provide. Scofield goes on to say, “As a fretful, unsatisfied babe is not only strengthened and nourished from the mother's breast, but also is quieted, rested, satisfied, so El Shaddai is that name of God which sets Him forth as the Strength-giver and Satisfier of His people” (8).

The very same Hebrew name for God appears again in Psalm 91 as King David beckons us to find refuge tucked safely at the breast of God.

Then, at the close of Isaiah, we catch a glimpse of the vigorous well-being that is the fruit of God’s mothering His people through His redemptive work. Here Isaiah describes both the maternal qualities of Jerusalem, a picture of redeemed humanity, and of God Himself. To the people of God, Isaiah writes:

You newborns can satisfy yourselves

at her nurturing breasts.

Yes, delight yourselves and drink your fill

at her ample bosom.

I’ll pour robust well-being into her like a river,

the glory of nations like a river in flood.

You’ll nurse at her breasts,

nestle in her bosom,

and be bounced on her knees.

As a mother comforts her child,

so I’ll comfort you.

You will be comforted in Jerusalem.

Even as we bask in such images of delight and proximity and overflowing nourishment, we might ask what would be the result of this kind of generous and ample mothering? In the subsequent verse, Isaiah gives us a glimpse:

Then you will burst for joy and feel ten feet tall (Isaiah 66:14a). 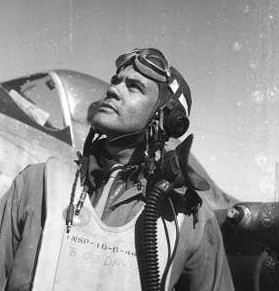 Here’s one reason why this is so important for us to grasp:

We simply cannot be fully integrated as humans until we have invited God’s mothering of the orphaned, malnourished, and disquieted places in our soul.

Few men ever come to know what it is to have been mothered in the ways our souls were intended.  And the impact is devastating.  It wreaks havoc in many of our relationships, but most significantly in our relationships with God and also with the woman we long to pursue.

What have you done with the category of mother?

What is your story as it relates to being comforted and nourished? What have you known or not known of being provided a warm, safe place where you are fully protected, fully accepted, and fully satisfied? Where have you known what it is to be loved and cherished because of the simple fact that you exist?

What was the answer to your soul as a little boy: Will I have enough?

Where have you taken the ache and longing for relief and comfort?  To feel fully satisfied?

What have you attached it to? Where have you killed it, medicated it, or fed it with something that won't produce life?

How deeply does your soul believe you are worthy of love and belonging?

Hidden in our desire for such satiation and nourishing pleasure is the proof that we come from a people who are made for it and the guarantee that there must be a holy and glorious way to find its fulfillment.

A quote we love (attributed to Chesterton but whose authorship we can’t verify) speaks to what I’m getting at: “Every man who knocks on the door of a whore house is looking for God.”

What if the reaching of women to have great boobs is actually a reach to feel that they are truly life givers—and to inhabit a body that could provide life-giving, life-saving nourishment to the world?

What if the reaching of men for the perfect breast is a mythic reach for the nourishing, pleasuring, all-sufficient provision of God?

If God were offering to mother you in ways beyond your wildest dreams and exceeding your secret hopes, would you take him up on the offer? 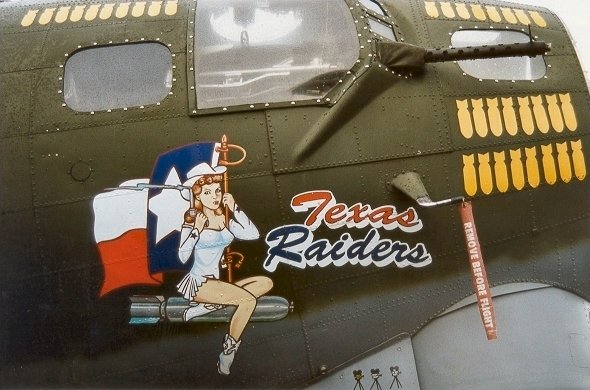 Have the desire and courage to explore this deeper?
Listen to The Mother Wound audio teaching from a recent Wild at Heart Advanced Men's Retreat.
Listen or watch more on healing of the mother wound in session three of The Intensive Box Collection.

Past and Future Tense up This Corner