My phone chirps its alarm in the half-lit living room of my apartment. The text reads, “I’m out front when you’re ready.” It is exactly 5:56 in the morning and, because it is the middle of February, the sky is pitch black and the air is frozen. Bizarrely enough, the hour is not new to me. I have been getting up early to run before work in the winter dark. What is new, however, is that Sam is picking me up for my first day of swimming. Somehow, he and Blaine talked me into competing in a triathlon with them. I am not sure why I said yes. Maybe I did it out of the desire to pursue a new avenue of relationship with my brothers, maybe because I wanted to test myself. Either way, here I am.

Triathlons are as foreign to me as any other endurance sport. In my mind, they are exclusive to intense fitness nuts and superhumans. The only triathlete I have ever known was literally a personal trainer. Blaine and Sam have been doing the sport for a year or two and have talked a lot about it in their podcasts. I thought they were just crazy—crazy as I feel right now bringing my swim bag filled with alien equipment and my work clothes down to Sam’s car. I squeeze into the passenger seat because of the child’s car seat in the back, and Sam runs me through the basic idea of how to swim. 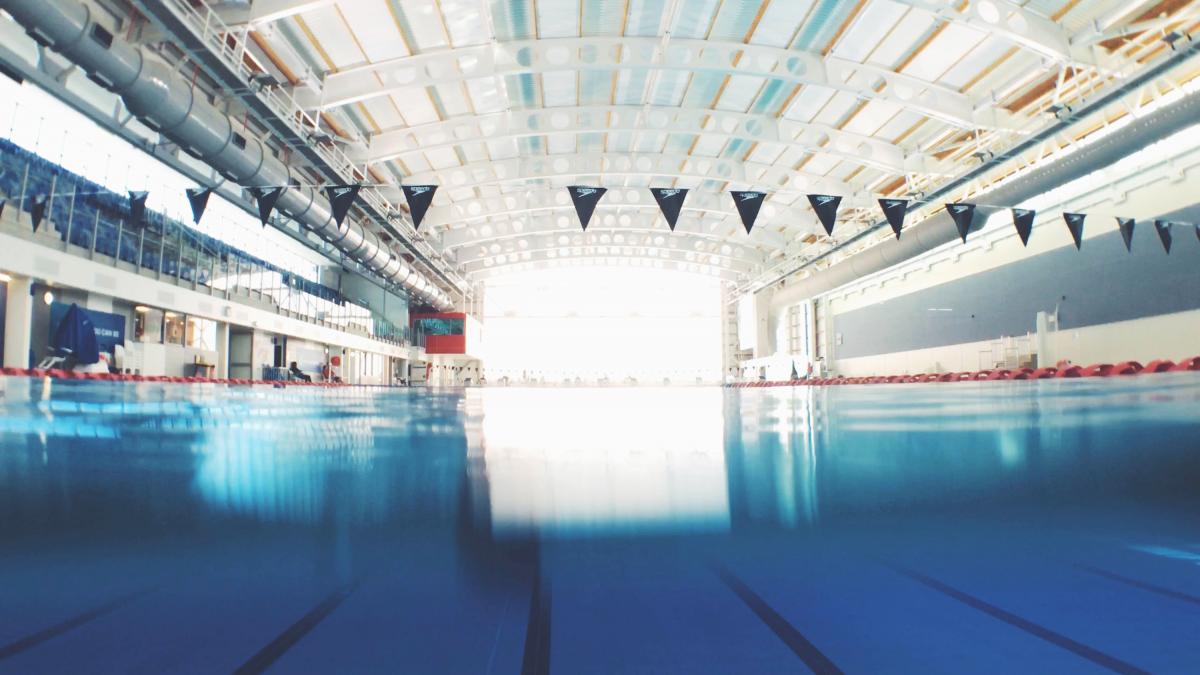 My swimming experience peaked at doggy-paddling in mountain lakes. The very idea of athletic swimming in a pool with lanes is intimidating. Slipping into the cold water, I am very aware of my lack of experience and the feeling of foolishness it brings. Every three stokes I come up for air and take a gulp of water instead. With a lot of coaching from Sam, I begin to slightly get the hang of it, despite how clumsy my body feels in the water. I’ve heard that people walk by slowly falling forward but continually catching themselves with their legs; swimming feels like drowning really, really slowly, as I pull myself through the water like a saturated log.

Through the winter and spring, we continue to swim Friday mornings in the small, open pool, and I gauge the swim’s success by how much water I swallow, which, thankfully, is progressively less. While I struggle through the frustratingly persistent fact that my body is inefficient in the water, I also struggle with the fact that I am putting in all this effort and it is only one of the three triathlon sports.

Running is a little easier to access than swimming. It requires less equipment and I can do it from my front door. The battle here is with the cold. Again, I have to do it before work, which means I am regularly running in weather below freezing. Beginning in September, the mornings have gotten darker and darker and colder and colder, until I am running with a headlamp, in most of the base layers I can buy or borrow. Despite the arctic conditions, it is the best part of my day. Laying out my running gear the night before is at least similar to laying out equipment for an upcoming adventure. The sensation of pulling on gear in the dark gives me a little dose of the adventure I crave during the workweek. Beginning each morning run, the feeling that I am going to get blasted by a skunk or mugged by a crazy person is freshly renewed in my mind. These fears help with my pace a little.

Now that I have a rhythm of at least running and swimming, I turn to the third sport, cycling, which turns out to be the most difficult to access. A road bike is the priciest piece of triathlon equipment, so to curb the cost I decided to build a bike instead. I started the project a year ago with Blaine, and it is turning out to be much more difficult than anticipated. 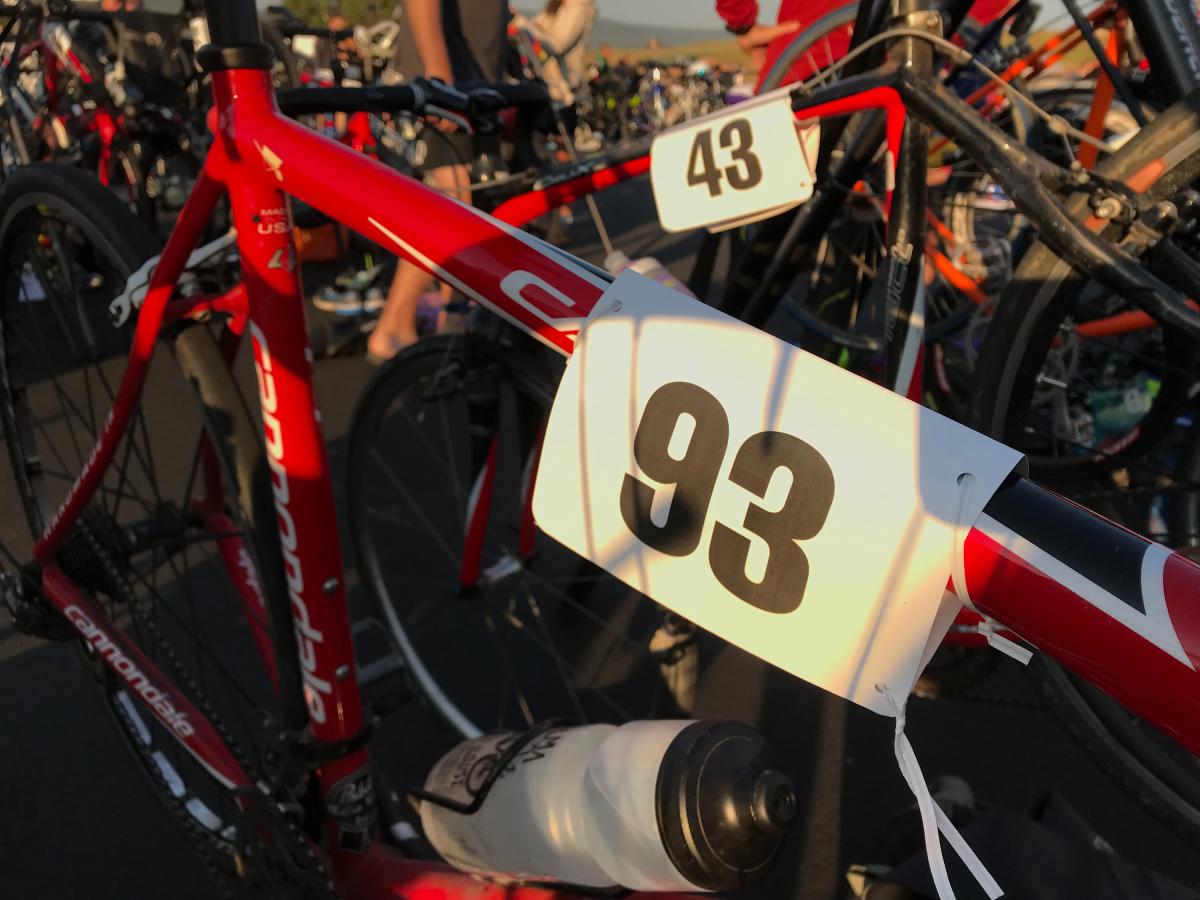 Starting with a frame, we have been slowly pulling together pieces of equipment: a pair of handlebars from the local gear recyclers, brakes from eBay, cables from REI. It has been almost a year and half, and the bike is nowhere near finished. Every time we can finagle our schedules to actually get some time working on the bike, it feels like we take one step forward and two steps back. Getting the handlebars set up, we realize the brakes were placed on incorrectly. After we fix the brakes, we realize the cables were threaded through the wrong guides. Every time we make a little progress on one component of the bike, we discover our last project was riddled with mistakes and we have to go back. At this pace, the triathlon is rapidly approaching, and we are nowhere close to finishing the bike.

In the tender months of early summer, running has become significantly more enjoyable now that I don’t come home with ice in my beard, and our swims at least end in daylight. The race is three weeks away and, because my bike isn’t finished, I am terrified that I am way undertrained. In a moment of reality, I borrow a friend’s bike so I can get at least a little time in the saddle. Even still, it feels much too late. The triathlon looms like an unscalable mountain. When I run, when I swim, and when I bike, the thought that plays over and over is This is not enough. A feeling of inadequacy pervades every training session. And if that doesn’t add enough foreboding, I come down with the flu two weeks out from the race. Spending a week unable to do any activity, it feels like I lose all I have struggled to gain. Yet despite all the fear and trepidation, I am surprisingly filled with a thrilling sense of anticipation. To have a challenge on the horizon that I have no sense of surety to overcome feeds a part of my soul. To test myself against an unknown trial raises something essential in my heart.

My phone chirps in the dark like it has all winter. Again the message reads, “I’m out front when you’re ready,” but we are not going swimming. I load my bike, my swimming equipment, and my running gear into Sam's car and we begin the drive to Boulder, Colorado. The whole experience is honestly a little disorienting. I follow Sam in the brisk mountain air to check in at the registration station in order to get our numbers, our colored swim caps, and our tracking anklets. While I set up my equipment in the crowded transition area, I can’t help but look around at the $16,000 racing bikes next to my own borrowed bike.

The first of the triathlon events is the swim, and I feel even more disoriented than before. I already have my goggles on, because I need their prescription. I’m senseless with my earplugs to keep water from getting trapped in my ears, wetsuit I have only worn twice, and my foggy goggles. A moment before the horn goes off, Sam and I exchange a high-five. The horn sounds, and the group of racers I am in wade into the water, then dive in to begin the swim.

I have never swum like this in open water, and it is terrifying. It is difficult to see, and the water churns with the swarm of swimmers. Every now and then I bring my head up to try to get my bearings, and every time I do I realize I am veering to the left. I was told endurance races are a mental game, and my first mental battle is convincing my brain that I am, in fact, not going to drown. Every breath I take, I glimpse the colored caps of my wave pulling farther and farther ahead of me, and I realize I am falling behind. My heart sinks. I feel completely left behind. Another tip Sam gave me is to simply remind myself that I like each sport as it gets difficult during the race. Simply saying “I like this” to myself catches my heart from its plummet. The one good aspect of feeling behind is the drive to catch up that comes with it.

After I come out of the water, peel off the wetsuit and start the bike, I push myself into a good pace and try to not fall farther behind. Feeling calmer, I realize the bike course is gorgeous. The route cruises through a mountain valley and meanders through farmland. Some of the joy of the race is able to get through to me.

One exciting aspect of a three-sport race is that when one event is getting brutally hard, I know I won’t be doing it much longer and that I get to switch it up for a different sport. Cruising back into the transition area, switching my bike cleats for my running shoes, I get a helpful surge of energy from event staff ringing bells and shouting directions for the run. But oh, does the run begin to hurt. All I can think about is my form as my legs burn. Pulling into the finish line is such a joy and a relief as I high-five Sam, who finished before me. Trying not to fall over, I’m simply happy I finished at all, but Sam insists I go get my results. Looking at the small ticker tape that gives me my place and time, I try to make sense of what it says: I finished eighth of the 16 competitors in my age group. But didn’t I get left behind right at the beginning of the swim? It feels like I can feel the earth rotating on its axis as my experience of the race completely shifts. The feeling of being left behind that had persisted during the entire event, I realize now wasn’t true. It was my very first triathlon, yet I finished in the center of my age group. The joy I felt in simply finishing is flooded over by the immeasurable joy of knowing that not only did I finish, but I finished well.

After I finished my first triathlon, I signed up for another, more difficult race. My first triathlon was sprint distance; in three weeks I have an Olympic-distance race, which is twice as far for each event. The after effect of being tested and coming through is the knowledge that I can face the next challenge with more sureness of my ability. That is the goal of testing myself, to know what I am made of.

If only it would last. Days after the race ended, I lingered in a sense of surety and confidence. Now that time has passed, and as the next race approaches, that sense of surety and confidence is gone. At the beginning of every training ride, run, and swim, my first hill to climb is fear. Can I handle this distance, this pace, this incline? Though the answer is always yes, I still fight that mental battle every time. 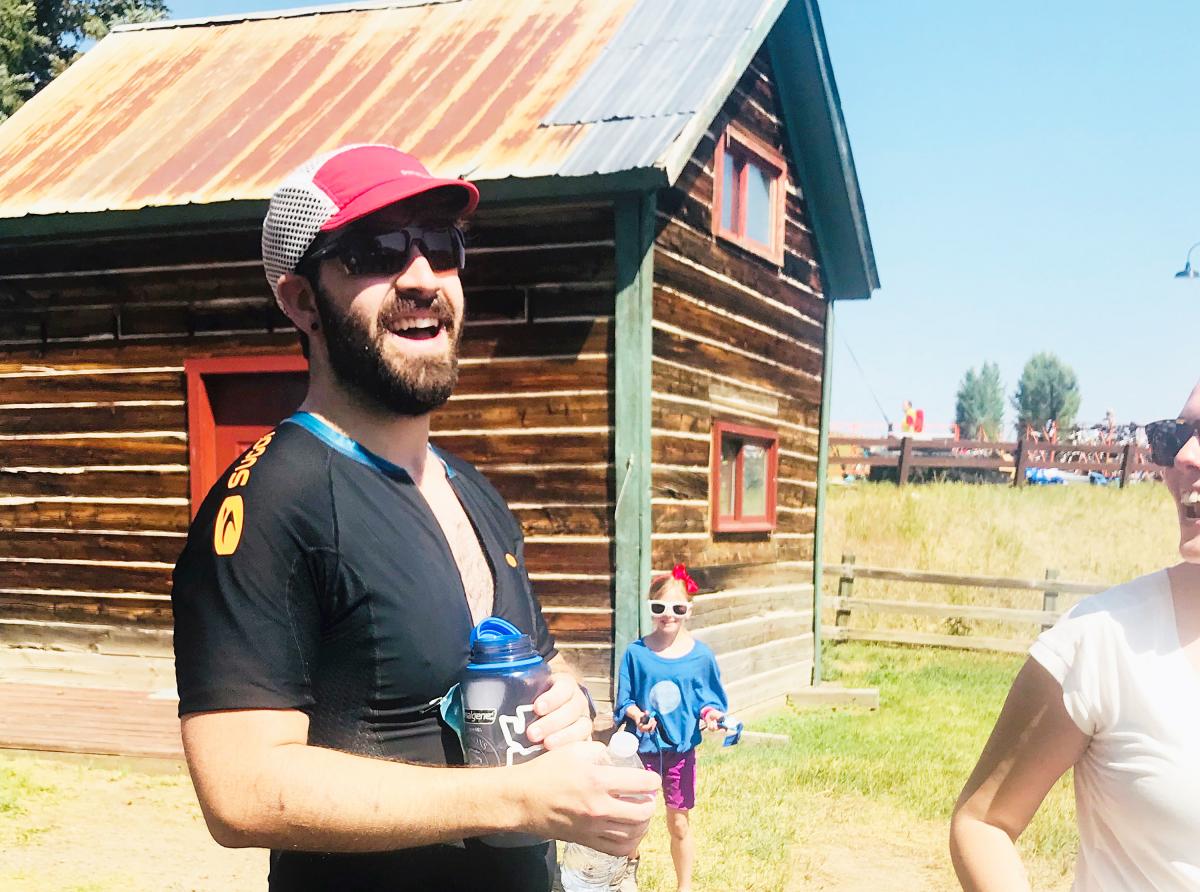 Creating to God up Becoming a Super-Reader