The river has changed so much this year. Some of the old, familiar gravel bars have been completely washed away, and there are dozens of new “screens,” debris piles in the river and on the banks, deadwood tangles 40 yards across and 10 to 20 feet high. A new side channel appears as we drift down, in a place where no channel ever existed before—right through the woods. A good bit of the river diverts through it for a quarter mile. As we paddle down the main body of water, I count more than a hundred fresh giant spruces swept downriver, scattered here and there like Pick Up Sticks. It takes a lot of water and force to pull up spruces and carry them off like driftwood. Apparently, there was a massive runoff this spring, and it has left its mark on the river. Changes the newcomer would never notice, wouldn't care to notice. But we do, and talk about each one, because we have been canoeing this river for almost 20 years.

We are on the Snake, in the Tetons. Grand Teton National Park to be precise, a place deeply woven into our family story. We started coming here for vacations back in the ‘90s. We camp or stay in a cabin, and canoe, hike, swim, rock jump, and look for huckleberries and wildlife. What began as a search for adventure became something else—an annual pilgrimage, a liturgy of beauty and immersion. You can tell who’s been to Ash Wednesday service by the smudge on their brow; you can see our faithful observance to this wilderness ritual on the stern of our canoe, where 18 old and fading annual permit stickers create a testimony almost like a tattoo.

When you invest yourself in a place over time, every return grows richer, because you open up a geographical journal of stories, your stories. We put in at Pacific Creek this morning and laughed again over the time McConnell took an overloaded canoe, turned it sideways in the current, swamped it, and wrapped around one of these screens. Thirty seconds after launching. 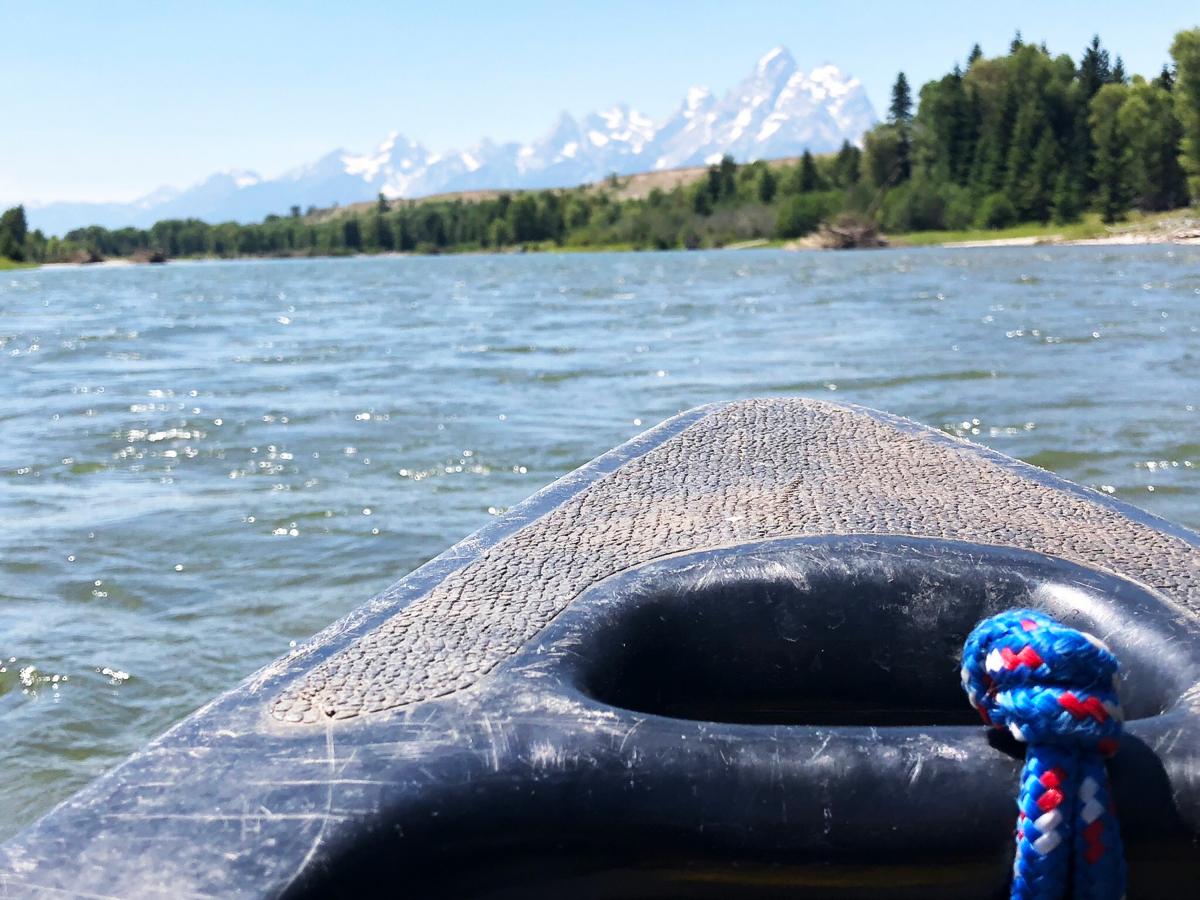 A bald eagle flies over us. We pass the place we encountered buffalo coming down for a drink. Stop and jump in where we always stop and jump in. We raft up the canoes in order to light and share cigars as we drift. A local fishing guide tells us to “be careful in those canoes.” We probably look like idiots, newbies. We just smile and wave and float by.

Then comes the section where my father’s ashes were scattered in the Snake, a river that flows through the ranch town he was raised in, miles from here. I think about David Wilcox’s song “Slipping Through My Fist,” where he recalls his family place and water: “This is where I played as a baby/This is where I ran as a child/This is where my dad took the last breath he had/And smiled.”

We don’t say anything, not because we are melancholy, but because nothing needs to be said. We paddle on.

Each year we return lays down a new layer of story and adventure, beauty and encounter. Layer upon layer, like a rich patina on a piece of heirloom furniture, or better, like the technique Rembrandt and the Old Masters used in their painting, carefully laying down dozens of layers of paint to achieve that extraordinary effect of depth and gravitas.

Jack Turner, one of the old guard at Exum Mountain Guides here in the valley, wrote a beautiful book about his life leading climbers through the Teton range, especially up the Grand itself. The book—named after Teewinot, the peak that sits above his cabin—is filled with gripping climbing stories. When you've spent your life mountaineering, you have a lot of stories to tell. Most of his friends have died somewhere in the world’s highest places. But the book is beautiful, because it is a memoir to a place, this place, filled with knowledge of flora and fauna, of native history, a relationship with a place known as intimately as any lifelong friend or spouse.

I return to that book year after year as we return to the mountains. (Surely you know the joys of re-reading a favorite book, just as good as returning to a favorite place.) Turner takes the reader through a season of climbing in the Park. He tells a wild tale of almost dying himself when he went most of the way up the Grand in the dark, on a fall evening, to retrieve some gear, and a snowstorm came in without warning. He gets disoriented and nearly lost...

“Since I'm not equipped to survive a night out and no one knows where I am, my mind becomes a melee of paranoid images. I see my body frozen like the Sioux at Wounded Knee. I obsess about who will find me, who will be called first. Or whether, if the storm continues, I will not be found until spring.

I reach the fixed rope in darkness, in a blizzard. When I turn on my headlamp, a cocoon of brilliant light perhaps eight feet in diameter envelops me and the scintillations from the blowing snow destroy my sense of place and direction. I turn it off, preferring darkness with its vague but familiar forms. After all, I know this place—I’ve been here hundreds of times. I can picture everything with my mind's eye....The rock is greasy with half-frozen water. In the summer this section is so easy that we don’t belay clients, but on this dark night I am exhausted and off balance and oh so keenly aware that even a short fall here could be deadly. Then, in the darkness, without thought, my right hand searches the right wall of the chimney, brushing away snow. My fingers sink into a great handhold, a handhold I know as well as I know the difference between hot and cold. Yes. As I climb on, my fingers find more handholds, each buried under snow, each waiting for me like an old friend, each, I want to say, greeting me.

Whoever knows a reef or river or mountain intimately knows, at some point, this feeling. It is among the gifts that flow from returning, again and again, each new return enriching the cycle forever….This is my home, these rocks, as much at home as I shall ever know.”

It is a wonderful thing to know a reef, river, or mountain intimately. 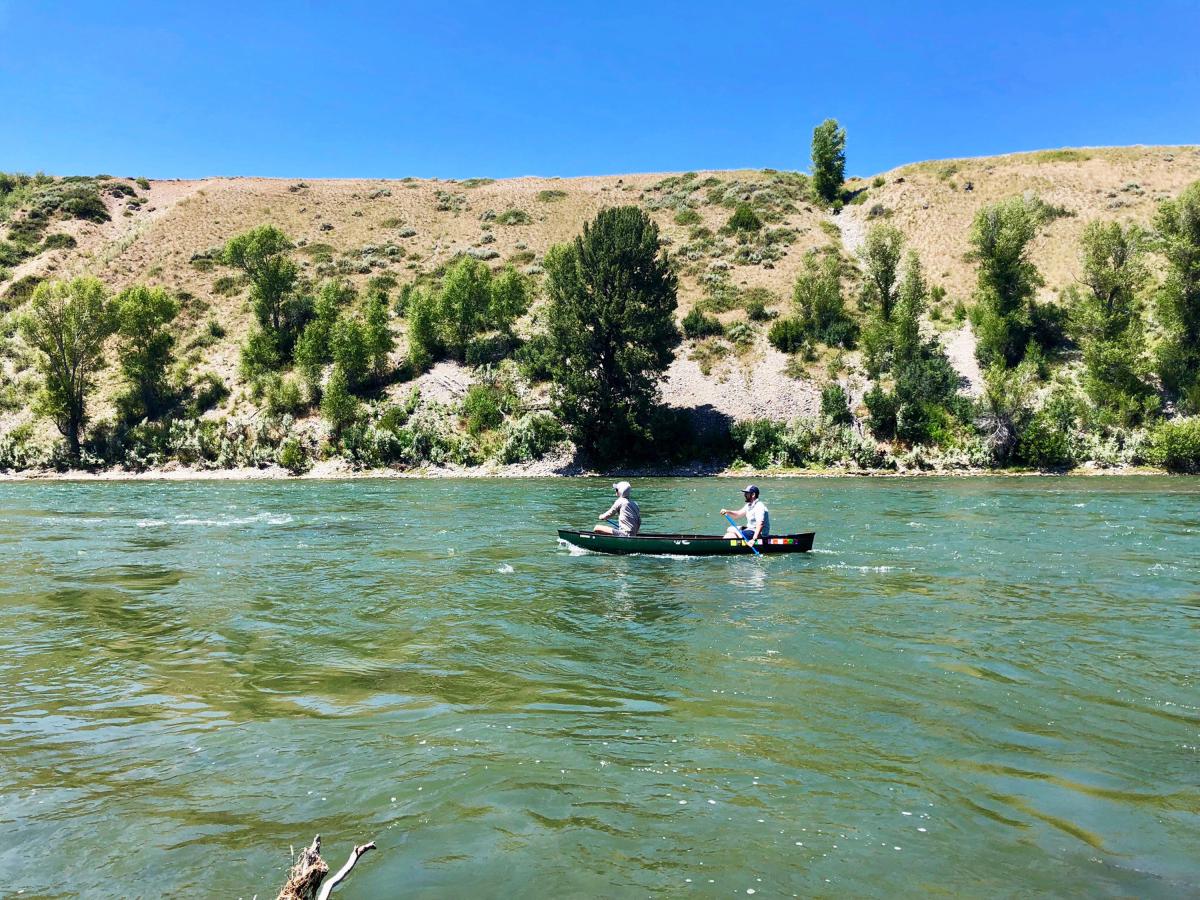 Writer, poet, advocate Wendell Berry has made some of the most significant literary contributions to our appreciation for place. He was, as a young man, a gifted and aspiring author rising the echelons of the writing world—from Stanford to Europe to New York City—doing what most young men have been told to do: Get out there and climb. Then, just as his career was really gaining momentum, he did what many thought was suicidal: he did an about-face. Left that world and returned to his native home in rural Kentucky. From there he has worked the land and the written word for five decades and brought forth a treasury of gifts to the world. Berry felt that most Americans are “displaced people,” lost, aimless, and he wanted to be a “placed person.” He chose land, wood, and stream dear to him, and found there sacredness and many, many words of beauty and wisdom.

Berry was a student of another favorite author of mine, Wallace Stegner, who also believed that place was critical to the human soul. His quest for personal identity was driven by geography because, as he said, “I didn’t want to be a man from nowhere.” He situated himself—and his soul—in the rugged, dry West, the hard alkali lands of Utah. Later in life, he would confess that those places and memories continued to well up within all his writing, one way or another: “They live in me like underground water; every well I put down taps them.”

So we have chosen, year after year, to return to this place, even though there are many beautiful wonders in the Rocky Mountain West. We have never seen the Grand Canyon (I know, I know), nor the Black Hills, never even visited Telluride here in our home state. By investing in the Tetons, we have legacy and continuity here, filled with memory and story upon layered story. We know where best to find huckleberries and black bears, the most likely places to see moose, where the best cookies can be found. And beer. Every bend in river and road has a family tale. “Remember when Luke and mom were sitting in the convertible there, and the grizzly walked right behind their stopped car? He could have jumped in if he wanted.”

Sense-memory is such an exquisite gift from God.

When we forget—and oh, how we forget—our senses can trigger an awakening of remembrance and place, and suddenly we are back as though it were yesterday. Especially our sense of smell; the olfactory system is the one most laden with memory. You’ve experienced this I’m sure—one whiff of cut grass or canned peaches, salt air or pine bark, and you are back in your dearest places. For us, the sweet, moist, almost tobacco-like blend of cottonwood and river bottom—riparian ecosystems—will forever be the siren of summer and adventure, wildness, and family. Something just waiting to be discovered around the bend. 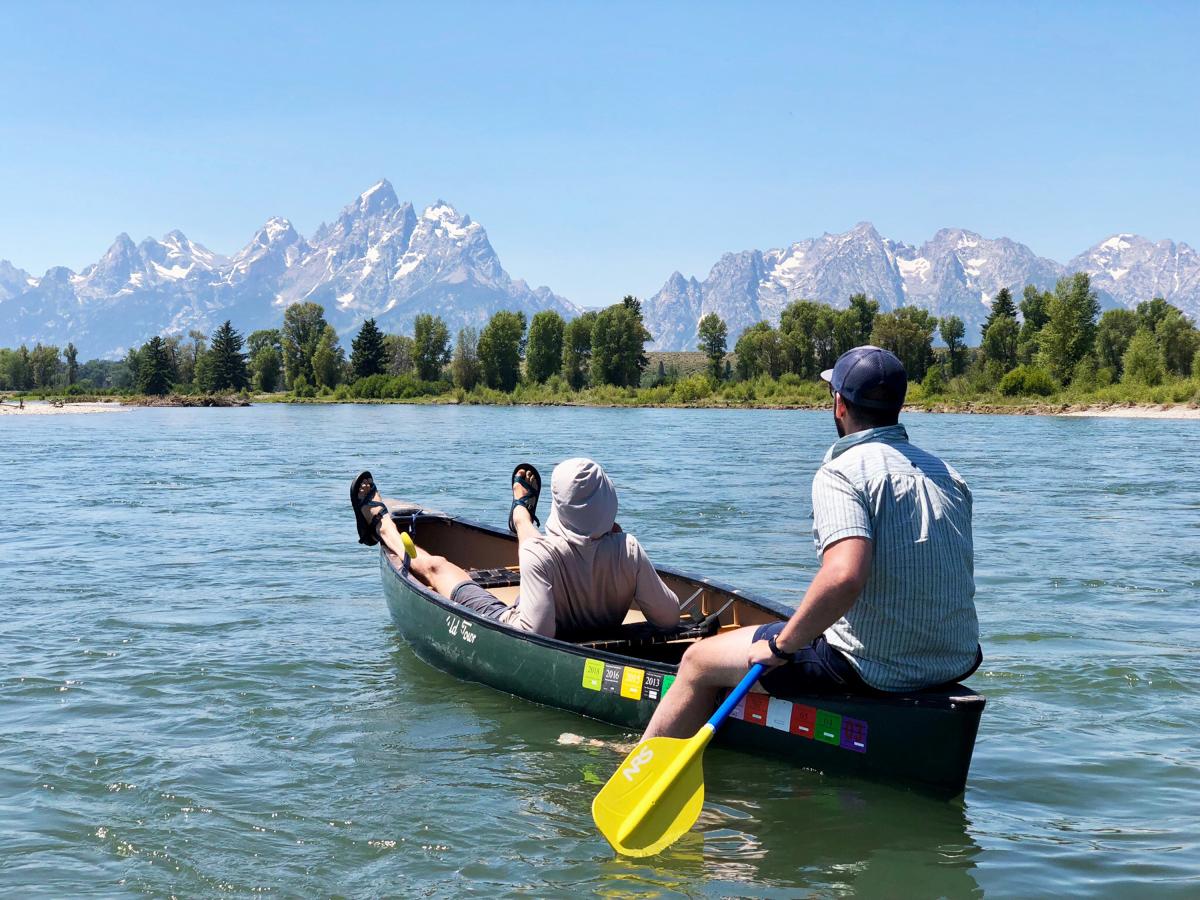 How to be an Ultrarunner up Creating to God