Here goes: I borrowed Dad’s truck to move a dresser and turned up the volume on whatever CD was already in. It was a band I didn’t know—folksy, with those driving drums and whining guitar licks that activate the rural parts of the heart. Great songs. I hijacked the album and listened through twice, increasingly afflicted with a disturbing idea about art. The band, see, was a coworker’s (her name’s Michelle, the band is Barry & Michelle. I hope the band endures but that someday Barry and Michelle have another musical project and aren’t part of it, because that’d be hilarious). The CD was just one product of a long musical history. The problem was, this great artifact, this album, just existed out there.

It’s a fact art is difficult. It’s also a fact there aren’t many rewards for making it, not in a traditional sense. That’s a real problem, sure. People pay to satisfy appetites like hunger and thirst but don’t want to pay anything for their soul, thus the issue for artists and pastors and whatnot. But not the point here—there are fine polemics on that already. No, the relevant issue here is the making anyway and the life with God making art seems to indicate.

There are lots of things I dislike about the creative life. How capricious it is, for example. How different the feeling of being creative is from the act of being creative, for another. But I like the fact it’s powerful. There’s no question art of all kinds exerts a powerful shaping force, from music to visual art to brilliant strategies to dynamite communication to brilliant relaters. It makes sense, since the first thing we learn about God, if we read the Bible straight through, is that his nature expresses itself in a creative consequence. Our creativity is among the most powerful (albeit dormant and afflicted) parts of our nature.

The problem is, while art’s visible, the creative life isn’t.

Hang on a minute here. One time I apprenticed myself to a really exceptional fiddle player. This guy could jam. His moments on stage were the tiny visible part of an enormous invisible entity. I don’t just mean his practice, his telltale 10,000 hours. I mean his dilapidated house, his relationship with his wife and kids, his regular engagement of great music and inspiring vistas, all the things it took to keep his heart alive until it had a creative consequence. It took a lot to be someone music came out of. 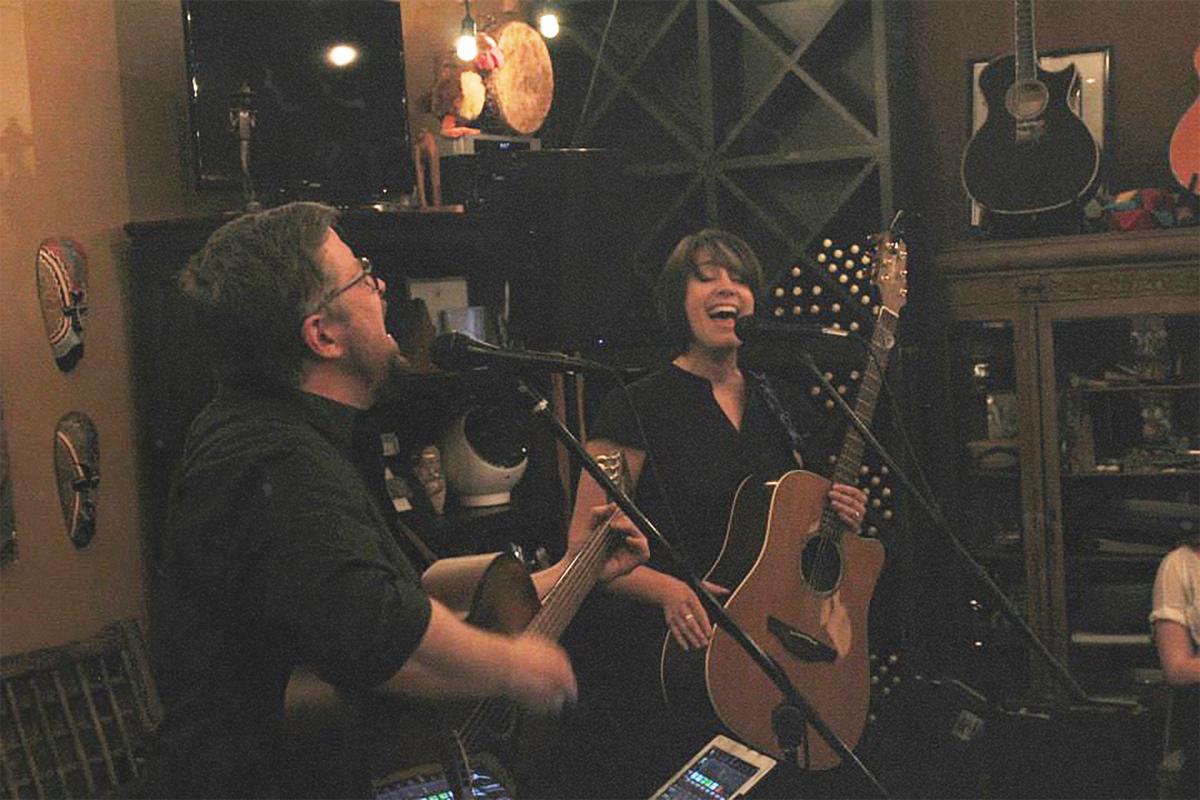 This brings us back to Barry & Michelle. I wonder all the time what sustains a creative life, as well as what it’s for. In that album, in my dad’s truck, I felt I’d stumbled on somebody else’s offering. I was listening, sure, and I bet those musicians were glad to hear I was. But it’s also true I felt like my participation as a listener was at best a bonus, something added to something already complete.

Every decent relationship involves a thousand annual secrets, moments no one else is invited to see. Most people are familiar with the romantic version: dates, road trips, nights watching the stars—no couple doing that waves at traffic to pull over and join them. But it’s true other places. Families on vacation are delighted to have the lake all to themselves. Hunting partners often witness rare pageants no one else is ever told about. It is art in real time. The point here is that the family is expressing its glory—playing, witnessing each other—and there’s a visible, creative consequence in the form of games and trips and conversations. The hunters, too, are tuned to concert pitch—watching, adapting, creating in the very way they move through a landscape. In both cases, not only is the creative act sufficient inside the space of the relationship, it comes out of it. The family and the hunters—their hearts come alive. Creativity follows. Or really, coincides. 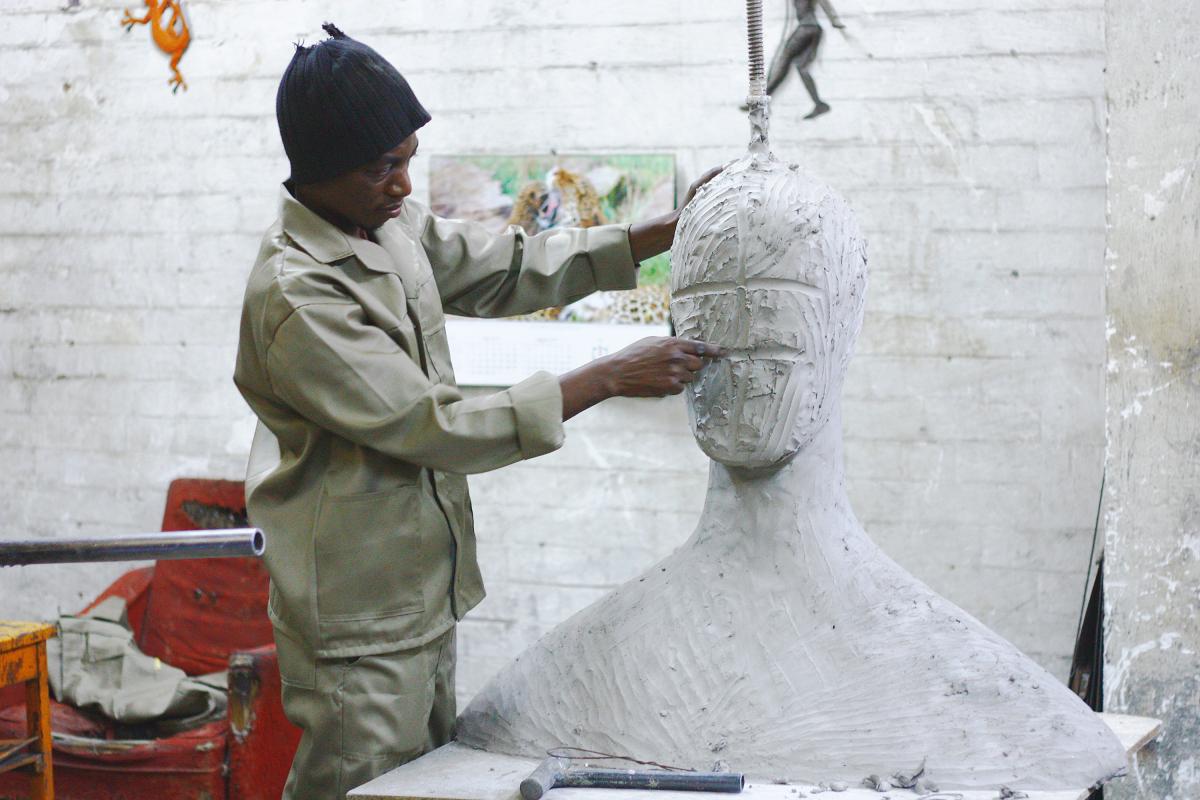 Return to the unseen creative life. Most people I know carry a gift. It’s something they’re meant to bring to the world, only, if they’re like me, they’re worn down by bearing it a long time with so little to show for the work. Even truly great, prolific artists—all that work is a little part of a spendthrift internal life, a really paltry return. How can anyone endure? Well, here: I don’t think it’s possible without regular, routine exposure to the Triune God. I mean wonder, play, beholding—an immediate, personal, tactile relationship with God is the relationship great art comes out of.

It’s infinitely more practical than anything else; it’s the hack: a life with God is the life creativity comes out of. We see God—some idea comes. We share a joke with him—there’s a story rising up, the writer’s song of praise. In our suffering, we suddenly see him, face determined in its purpose, going forward into his. Suddenly—music.

Of course, everyone knows it backfires to go to God to get an idea—that’s like trying to fall in love to feel loving. But it’s still true creativity comes out of a life with God, comes out of the unique thing that is a relationship with God. It is, in fact, for him. All other witnesses are pure bonus, superfluous. I’ve been working in view of the fact, and here’s a simple suggestion. Find artists that love Jesus and create to him, and look at their work. It’s witnessing a relationship—the art isn’t for me—but still, something in me responds to the knowledge of God revealed in a person’s work. Like suddenly finding my coworker’s music. Like Mary Karr’s memoir Lit, or Tolstoy’s short story “The Death of Ivan Ilych,” or Cory Asbury’s song “Endless Alleluia”—it’d be a long list. Something happens when you see someone, alive in their life with God, creating to him. It is—I’ll say it—like standing near a waterfall, learning by example as one power returns to another.

The River up Taking on Triathlons