Certainty is Overrated (Or, The Mystery of Discernment)

I was happy I could take some time today to lasso my unwieldy thoughts for this article. Then came the morning’s sideways overreaction to something my husband was trying to express. Vitriol came flooding out of my mouth like a river from some unknown chasm of yuck. I am a good woman. I had a truly bad moment. Somewhere underneath all that overreaction was a heart that needed something. I couldn’t pinpoint what. That is the ongoing work of love for me—to search for my need so I can ask for it.

But the good man across from me was left with the question—let’s call it THE question: What do I do? Where do I go from here? Please, someone make it clear. I am grateful Steve does not let that question grip him too long. He knows that life with me is hardly ever…clear. There is no map for riding the tide of our marriage. Every day is a map-less adventure, and he leans in to Jesus to help him take the uncertain next move.

Decision making, and movement, often must happen in the fog.

As a therapist, I consistently encounter a specific kind of distress, perhaps not as acute as trauma but equally impactful in the load it asks the body and heart to carry: living in prescribed certainty, promises of complete clarity, religious or spiritual community maps. Stick with me as I try to flesh this out.

The apostle Paul, beloved scholar and recovering uptight curmudgeon, had a clarion moment when he told the Galatian church that they had been “bewitched” by those who said there had to be physical evidence to prove a person’s belief in and love of Jesus. The requirement of the time was circumcision—an understandable cultural and religious (albeit painful!) sign of devotion. But it was becoming a stifling straightjacket—causing those who had breathed in Jesus’ love deeply to now cringe, wondering if they were proving themselves with certainty. Paul’s words, “It is neither circumcision nor uncircumcision that matters, but faith expressing itself in love,” are a beautiful barometer of true freedom, exposing when we burden each other with the “here’s the way to prove it, here’s the secret power, here’s the map, do it this way” stuff.

I think of a man I know who, when he was a new father and feeling overwhelmed and unprepared for the demands of midnight feedings, sticky fingerprints on the refrigerator, and defiance in their toddler, heard of a class offered at church, “Growing Kids God’s Way.” It sounded so clear—so simple, straightforward. The title alone lifted his spirits, offered him hope, moved him from a head crowded with the uncertainty and mystery of children to a head clear with direction. Finally, a plan! A map! The secret! Fast forward 20 years, and his eyes fill with tears at the thought of how his body carried pressure every day to “get it right” and how he missed the opportunity to explore the nuances of each of his children’s individuality, their unique blueprint. He says, “I wish someone had told me just to go with my gut, even when I was afraid. As if there is one way of parenting or one path to knowing any person! How small is that God?” It is neither parenting one way or the other that matters, but faith expressing itself in love.

Please don’t misunderstand me—the ways and instructions and boundary lines of Scripture are given to us as a gift to guide us clear of the rocks. But the confidence of understanding God’s mysteries is in Christ himself! “In him lie hidden all the treasures of wisdom and knowledge” (Col. 2:3). Do we really want to reduce him to a map? 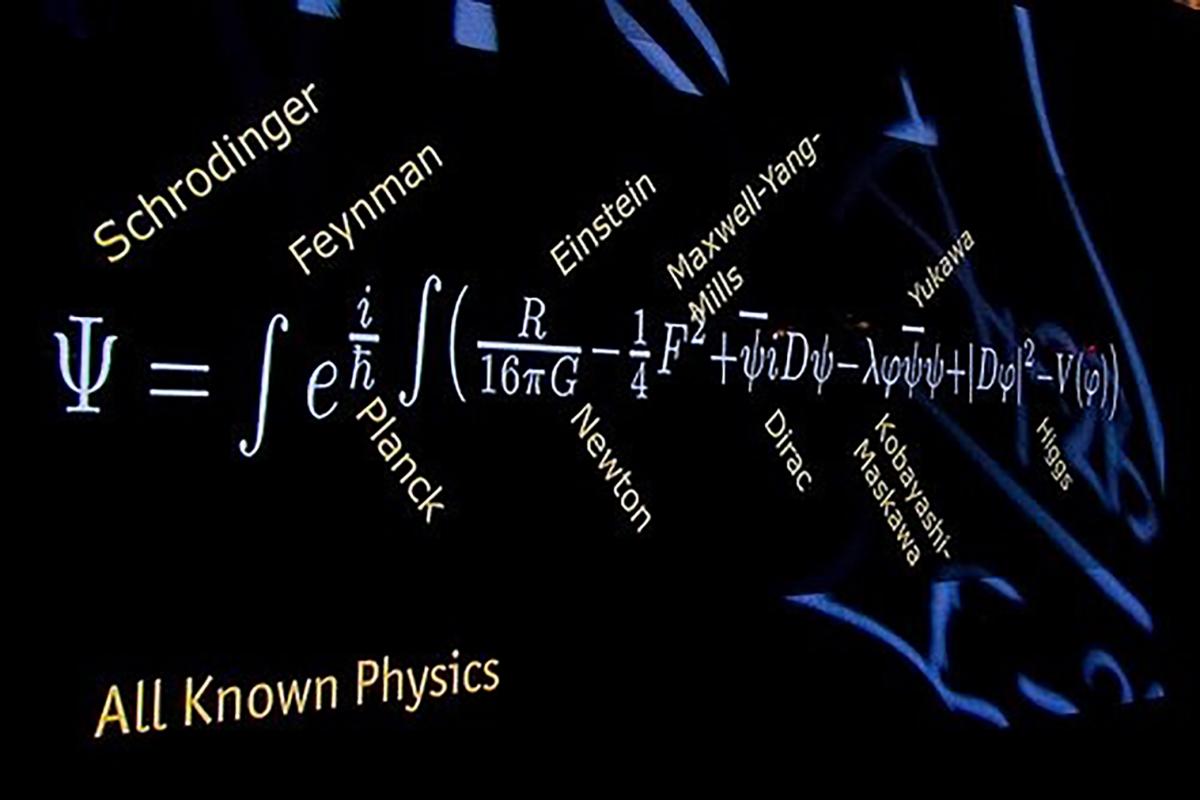 Another window into this has opened as I have been researching the biographies of the physicists who, internationally, were involved in the grand pursuit of atomic power. Their stories are set midst the horrific slaughter of two world wars, their brilliant minds caught in the wonder of unexplored regions of physics. They began to discover that the very nature of what holds us together could be taken apart. The nucleus of the atom could be…split. This splitting could release a power not yet known to man. I loved reading of these luminous minds, their beautiful passion, the sheer beauty of the science, the wonder and awe of the creation. Our hearts are made for such a thing, yes? Italian Physicist Fabiola Gianotti names it well: “I like the beauty of physics. Nature is beautiful. It is my second soul to music.”

At what threshold does beautiful intrigue become an obsession to know, to be certain, and to even obtain knowledge that is perhaps too big for us? The original admonition comes to mind: “You must not eat of the tree of the knowledge of good and evil.” Some things are reserved for God’s knowing—out of his kindness. Some knowledge, in our hands, can lead to exponential destruction.

Split the atom and suddenly unlock a secret that can annihilate.

I have recently been compelled to consider my own father’s story in this context. It is too long to tell here, but his career work began on the Manhattan Project at the end of World War II. He designed an imperative component of the detonation system on the bomb that was dropped on Nagasaki, Japan. There is no neutral response upon hearing this, and it is an understatement to say his story is complicated and open for misinterpretation. But my dear dad recited a three-word mantra whenever anyone wished to explore the complexities of such a story: “We saved lives.” Many historians will tell you there is accuracy in this sentence, but he shrouded his heart in a heavy cloak of certainty with those words. I am only now beginning to understand what was asked of him. I grew up with a man whose certainty kept him—and his beautiful, complex story—from us.

When my father died, I was the only one in the room with him. The man who had been so certain was now faced with the expanse held only in the wisdom, beauty, science, splendor, and knowledge of God.

In the days leading to his death, he began to see the other side. He did not have an explanation for the kind of beauty and freedom waiting there, but I sensed him delighting in formulas and fulfillments of every conceivable arrangement. Literally for days, I watched his eyes as he slowly worked it all over in his understanding. For this man, heaven would be most fully felt in his keen mind and the deep enjoyment of engaging it. And yet, I could see that affection beyond any formula was coming for him. 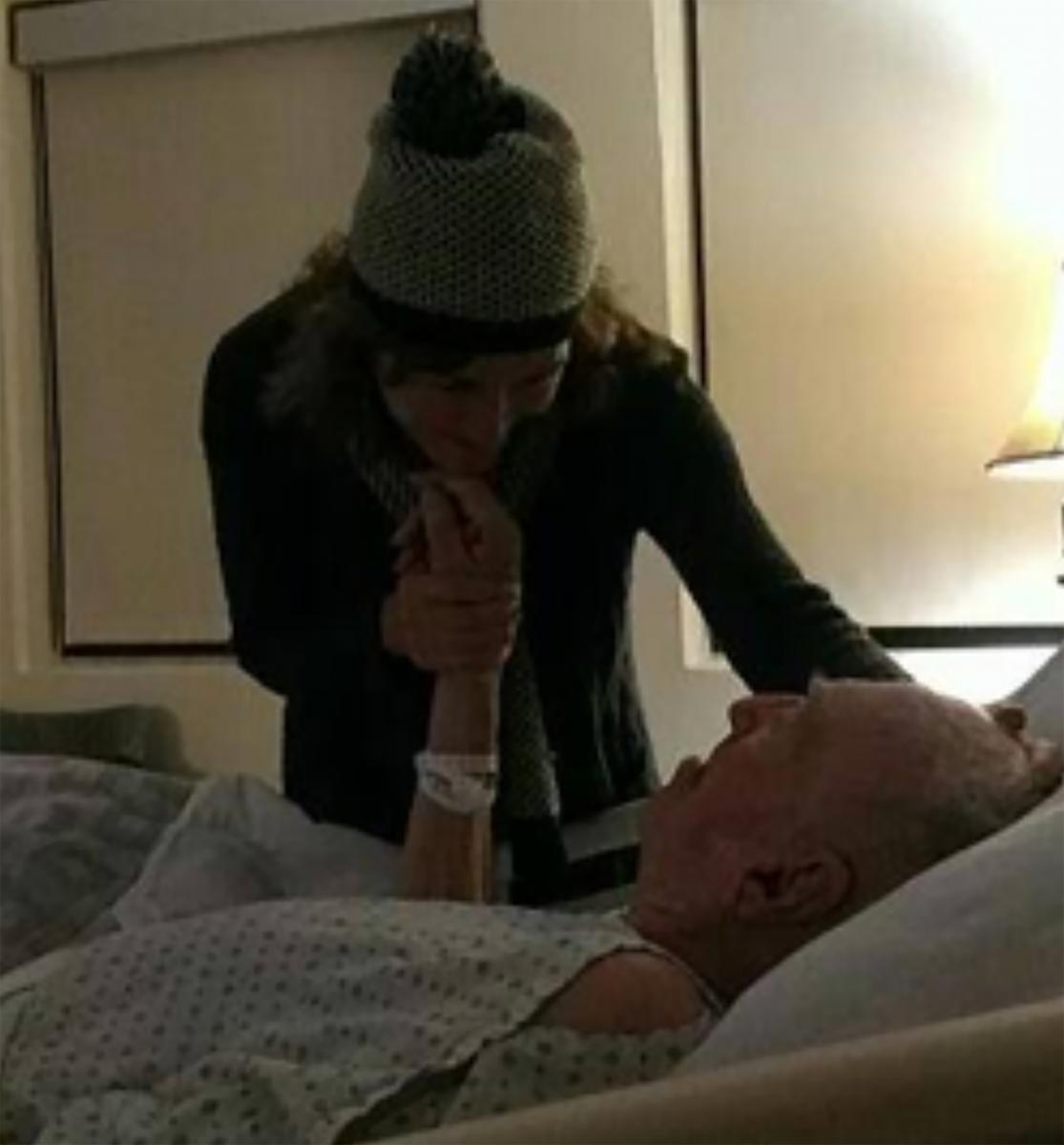 The afternoon of his death, I sat quietly in the corner of his room. All the singing and praying and words had ceased, and it was very still. I was working on something on my computer when, out of the corner of my eye, I saw that Dad was very slowly—as in molasses slowly—reaching his arms, both of them, toward the sky. His eyes had opened wide and were looking straight up—he was seeing. I watched, breathless, for almost 20 minutes as he slowly reached and reached and reached and puzzled and saw.

Jesus—the keeper of formulas, the holder of mysteries, the embodiment of all the treasures of atomic structure. Jesus—the eradicator of genocide, the avenger of tyranny. The one who refuses tribalism and the cold-hearted determination to proclaim ourselves as right.

“How great are God’s riches and wisdom and knowledge! How impossible for us to understand his decisions and his ways! For who can know the Lord’s thoughts? Who knows enough to give him advice? And who has given him so much that he needs to pay it back? For everything comes from him and exists by his power and is intended for his glory” (Romans 11:33-36 NLT).

Remember my husband, Steve, standing there in the presence of my undone state? He is wise, and what he did was allow me to cool off. Later in the day, he simply moved toward me. Hand on my shoulder. “Want to talk?” He did not know exactly how, but he knew he wanted to get to me. He fumbled, but fumbled toward me. That’s all I care about—that my lapse of beauty would not keep him from me. The person you wish to know better? Just let them know that. You don’t have to have a certain path for your entire future with that person to simply say, “I would like a chance to get to know you better.” Not a certain, complete plan. Just a next step into the fog.

When this limited realm was being stripped away, I could almost hear the Father say to my dad, “That is too much for you, son. Let me worry about those things. I have it, don’t be concerned. I know you want to know, but let’s solve these beautiful puzzles together. Come here, son. Let me hold you for a while, then we’ll be off so I can show you the mysteries you thought you knew.”

In the meantime, dear one, there is nothing to prove. There is always more of Jesus, more of the rich Spirit, more of the Father. Get to know him, and he’ll take you into the wisdom and mysteries you can bear, and he’ll release you from what you can’t.