How to Lead Guys, Outdoors and in the Garage

I was asked the other day about the first time I led guys into the woods for something important. Did it go okay? is what another young guy wanted to know. Also, what did I do and how did I prepare? It was a good question but also a funny one, because when I started leading trips, I got folks in a bad spot not just the first time, but the first three times.

In high school, a buddy and I thought we should take this other dude backpacking, show him the woods, talk about wildness. It was January, but that didn’t matter to us. We’d backpacked in the summer and knew plenty of things, like not to cook in the tent or we’d gas ourselves, so we put on packs and lent this guy some winter gear and snowshoed into the Three Apostles Wilderness. Thing is, the road was snowed under, so we had to hike a few extra miles just to find the trailhead. Long story short, we ended up in a whiteout, and our friend’s boots got so frozen we had to thaw them over a fire—only in doing so we melted the soles off. 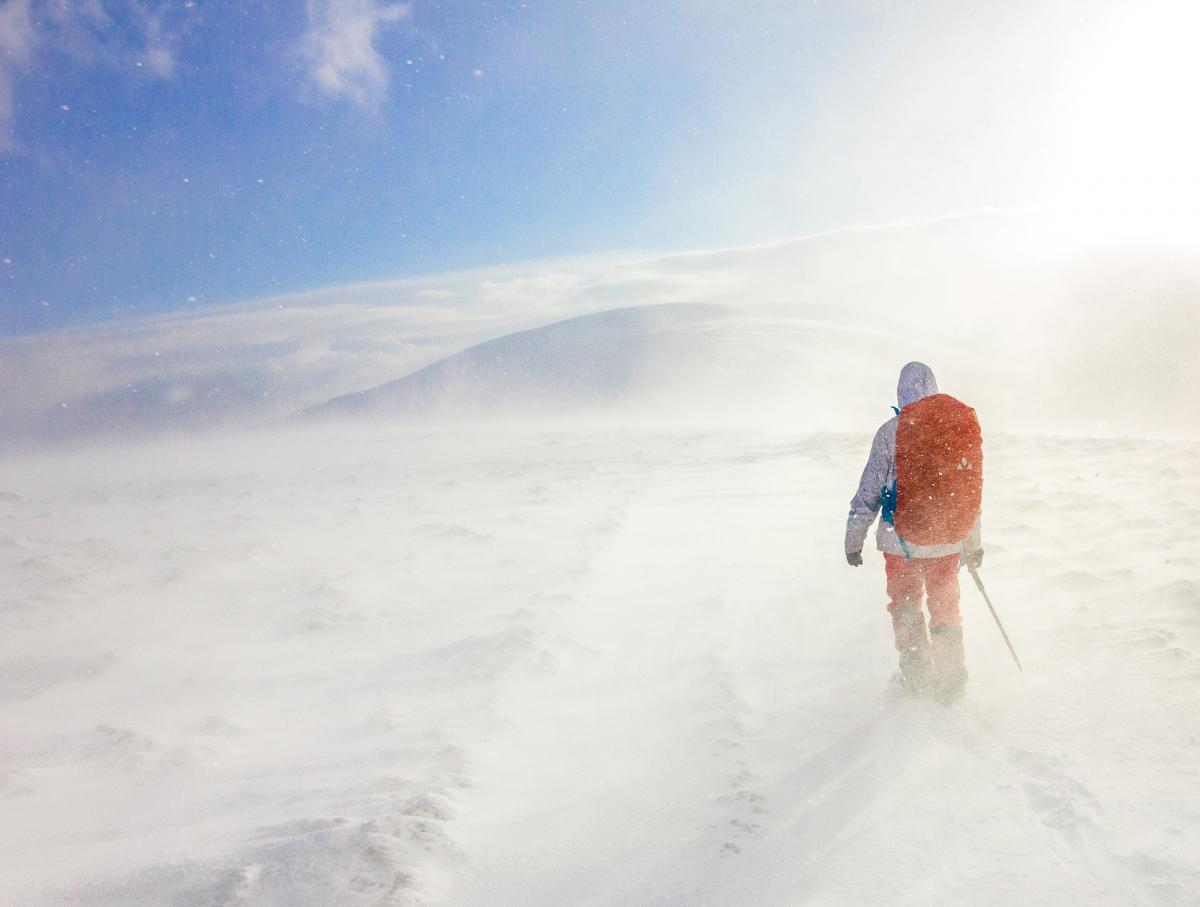 The next time, I took three friends backpacking in southern California. Like in Nevada, people backpack there, but usually to ditch bodies or get skull-crackingly high. We hiked a long way to this reservoir, passing a group of sketchy folks toting their things in garbage bags. That’s normal in town but unusual five miles into the hills. That trip went well too; only when we hiked out, we found those guys, strung out and scattered on the trail. The manzanitas were so dense we had to pass right over them, literally stepping over hairdos grinding their teeth to chalk in the middle of the trail. There’s a story. Third time, I took two of the guys from that California trip to Utah. Evidently they hadn’t learned their lesson, and we were going canyoneering. We camped outside Zion and did one banging slot before the weather rolled in. Did we do the wise thing and stop? Fat chance—we left the park and did a canyon. When we were almost done it started to drizzle, and we had to bail for our lives. 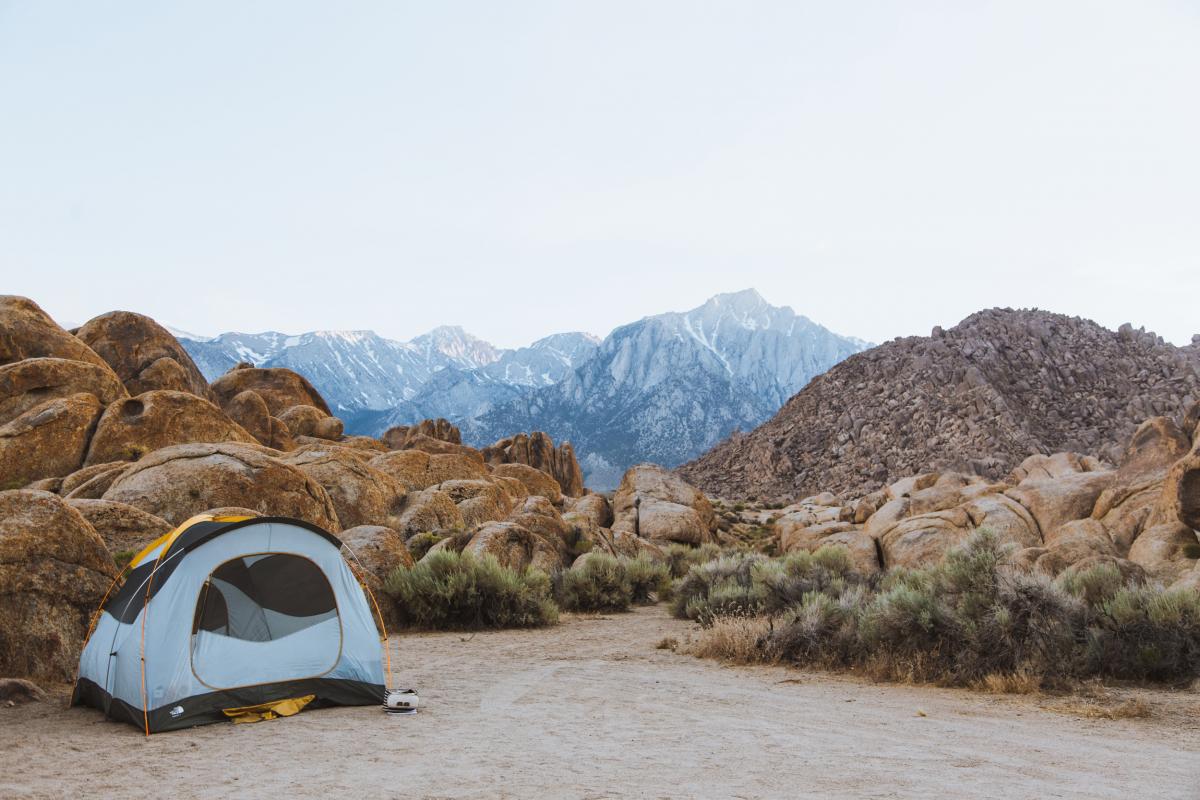 You don’t need to be an expert to lead other guys in the woods, is what I’m saying. It’s good to know enough that you don’t actually kill anyone—I’d been on ropes a long time before I led anyone climbing, and backpacked a good bit before I took other folks. But I also led guys a long time before I felt mature or took a wilderness class or anything like that, and the point is that a lot of young guys seem to think we have this Band of Brothers thing spit-polished to a shine, and that just isn’t so.

So. This is an article for guys who are thinking of leading other guys. That might be into the woods, but it might be as a group in a community. Could be two dudes in a dorm room. We’ll start with general thoughts and move on to specific ideas.

Question one:When can you lead other guys? Answer is, a long time before you think you can.

It would be nice if the world were full of qualified sages posting classified ads, but that’s unusual, and while I’d love to have had really wise dudes take my friends into the woods, there weren’t that many around. Padre, sure, but keep in mind we moved out and had to do our own thing. I’d say there’s one key point: You need to learn to hear the voice of God.

Maybe that’s disappointing advice, because there aren’t steps or life hacks or anything like that, but when you grow as a man, you’re embarking on a adventure created by the very chap who’s willing to lead it. You’re growing the masculine soul. That’s a thing Jesus knows pretty well. So. Want to lead guys? Learn to listen. This is as vital in the garage as in the woods. Remember the backpacking trip above? We were on our way, passing through Buena Vista, when we asked God if we were forgetting anything. He said, Stop and get a shovel. None of us had thought of that, butif you remember the whiteout thing—it ended up being important. Or a more recent time, some guys and I were sitting around in a garage, talking about the heart, and we remembered to stop and listen. What should we do with the time? Jesus had us pray for this guy, and it ended up being mind blowing. So anyway, if you’re practicing hearing the voice of God, you’re really on track. If not, no program’s enough to fill the gap.

Next point: expectations. Start small. Most people I know have high aspirations. A Band of Brothers like the original Band of Brothers, where 10 guys know each other’s cough and share a vision and open soup cans with army knives. That’d be great, but in my experience, most Bands of Brothers are actually a Band of Brother. Want to lead guys? One guy is plenty. Two is a trove. I’ve often had this idea–I don’t know where it came from–that masculine fellowship is four men sipping whiskey, all with multitools buckled at the hip. In reality, I’ve got two guys here in Colorado Springs who show up at a garage every Tuesday morning at 6:00, and one of them’s a recent addition. So that means, outside of flesh and blood, I’ve had one guy I’ve fought alongside, regularly, for more than a year. One.

Point Number Three. A pretty wise dude, name of Joe Steinke, gave our community a good talking to recently on this concept: the Utopian Slope. The idea is that when any group or team or task force starts off, they come together with these utopian expectations. In the case of men, weekly cigars and close connection and breakthrough and all that. Very quickly though, life breaks those hopes, and we’re left with failed expectations. As in, it turns out that the two guys you’re reading a book with don’t want to talk about the same things. One doesn’t want to come. This is normal. It’s part of the life-cycle of a group. The question is, how will you handle it? Will you get good at addressing failed expectations? Will you be willing to come back around shared rhythms? Just a small example involving the friend I hang with, Zion: On more than one occasion, one of us has just stopped showing up. Then we’ve had to have a talk about it, talk about why we meet early—to grow as men in our union with God, to live life alongside other people, to be reminded of the Larger Story by external eyes—why we prioritize it—same reasons—and start over again.

So there’s a bit of the concept. Particulars are actually easier.

Go back with me to the first point: When are you ready to lead? For guys who haven’t been fathered, it’s hard to feel like you’re doing the fathering. But that’s not how it is. You’re being fathered too, and picking a shared resource to provide the content changes the work. Pick a book. Pick any of Padre’s books and the study guide. I talk to a lot of young guys who want to be Fathered by God but haven’t cracked Fathered by God. That’d help. Something on the life of the disciple? Basically anything by Dallas Willard, or Watchman Nee’s The Normal Christian Life, or something by C.S. Lewis—most of us have book lists we haven’t made it to; life with other men is a good way to finally read them. Want a softer pitch? Try Shop Class as Soulcraft and talk about how it stirs your hearts as men. 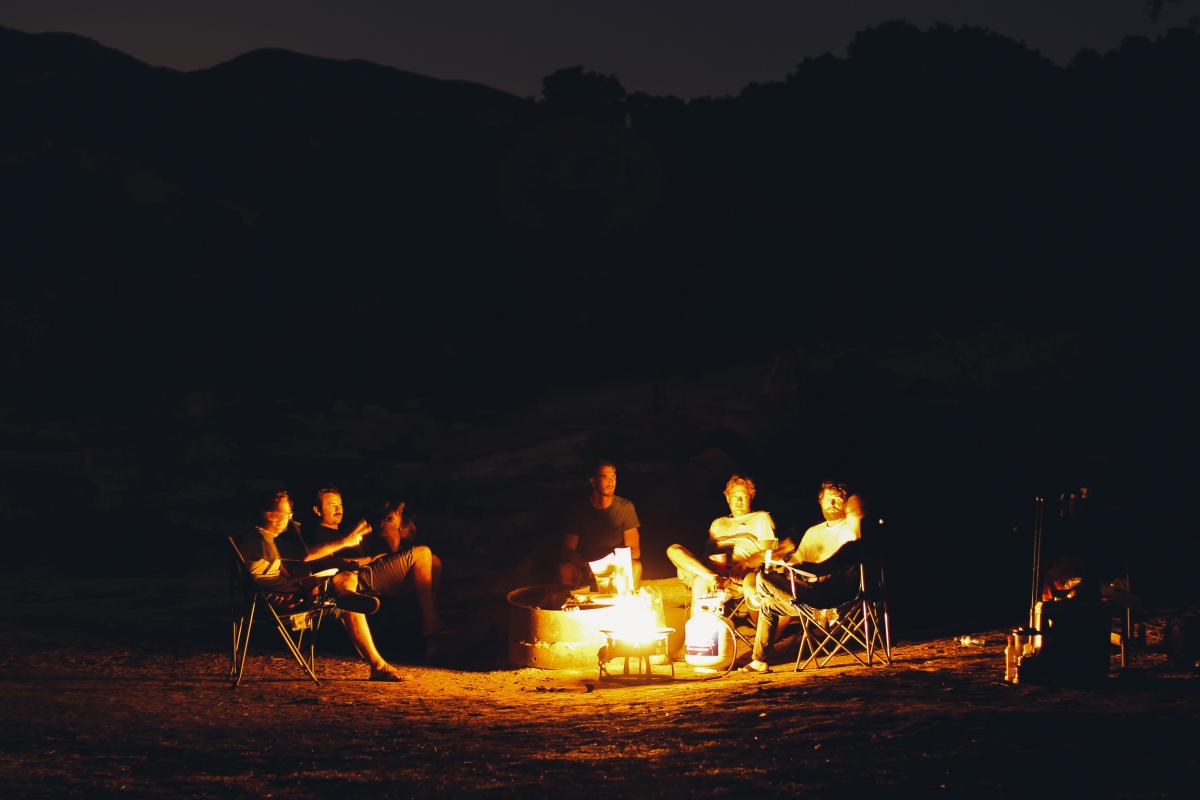 That’s a shared resource. Do it week to week. For a bit of exploration, chum. I kept a case of Wild at Hearts under my bed at school. It served two purposes, insofar as it identified me as someone who liked his dad as well as someone who liked controversial things. Anyway, I gave those books away like Sunday pancakes, and some folks came around to talk about it. Have some guys and want something more intense? Pick Wild at Heart and take a three-day backpacking trip, or camp. Hike in the morning, chow down, then spend the afternoon talking together through chapters—the heart, the story, the Poser, etc. An hour around a fire. Thirty minutes with God. Then stogies and a fire again, bantering away. Be really intense, and check out Wild at Heart BASIC, a retreat-leading resource here at Ransomed Heart, for a mind-blower.

Stay with me for a couple more.

Mission. Guys are built for work. Even loose acquaintances chum around over a deck project. But mission is even better. Have one close friend? Pick a third guy, a target Jesus points out. Go after his heart. Invite him for coffee or smokes. Live with friends? Host a guys’ campfire, hear some stories, then debrief. Go after each other. Just don’t do it alone. Bond can do it, but only by leaving carnage in his wake and cutting his own heart, and he does more harm than good in thriller movies.

Play. Odd though it may be, guys that choose to walk together are often pretty serious folks, and guys that hang and recreate and whatnot often don’t know each other’s hearts, but the magic is the combination. Meeting with dudes to talk about the heart? Make sure to do bonfires or a road trip, at least shoot pool together. This is a personal weak spot, but I can attest that if you’re leading bored men, little good comes. The more life you share, the more you’ll learn the territory of the heart.

Living Out Advice up The Domino Effect