Are you strong enough to be my man? –Sheryl Crow

This article was instigated by three events that took place within days of each other, and—being prone to some conspiracy tendencies—we thought that was no mere coincidence. You see for yourself.

Event Number 1: a conversation with a young man in his 20s (read, bullseye for this magazine), who asks the question, “How do you pursue a woman who doesn’t want to be pursued?” Meaning, “She seems so tough and completely uninterested in a relationship.” (He’s currently in a “friendship” with a young woman who has assumed the “I don’t need you” posture so many millennial women have; more on that in a moment.) We felt moved to offer an answer when Event Number 2 rushed in:

Another conversation, in which a woman—we are not going so far as to suggest she is the interest of the young man—reports to us that when she read Wild at Heart, she threw it across the room. “I don’t need some man to rescue me.” Coincidental Event Number 3: Yet another young woman tells us how she “found herself” in the film Wonder Woman. The movie has certainly made a splash; current box office sales rank it the fifth most popular superhero movie ever. Guaranteed: it wasn’t adolescent boys who put it there. Seems many women are finding themselves in Diana, Princess of Themyscira.

All of which got the fellas in the office talking about how to help our brother in Event Number 1. What does it mean to love and offer and—yes—even pursue a woman who seems to need nothing? Tough girl.

Now, I’m the older contributor to this magazine, and I get say to things only father figures are allowed to say. I’m not millennial and not nearly as encumbered by the need to tiptoe through the minefields of millennial socio-political sensitivities. More to the point, I dated and married a woman who was—in the ‘70s, mind you, the height of the feminist movement—the Director of the Women’s Center at a very left-wing California state university. So I’ll just go ahead and put my cards on the table…

First—human nature is human nature; a woman is always a woman. Either you believe that we bear the image of God, or you do not. If you do, you are faced at some point with the fact that it was “male and female” that God chose to make the human race. Male or Female. Which means that gender is God-given; it is holy, regal. Gender is also at the level of the soul; it is the imago Dei within us. We are, all of us, created male or female.

Which means that strong, independent women are still women. 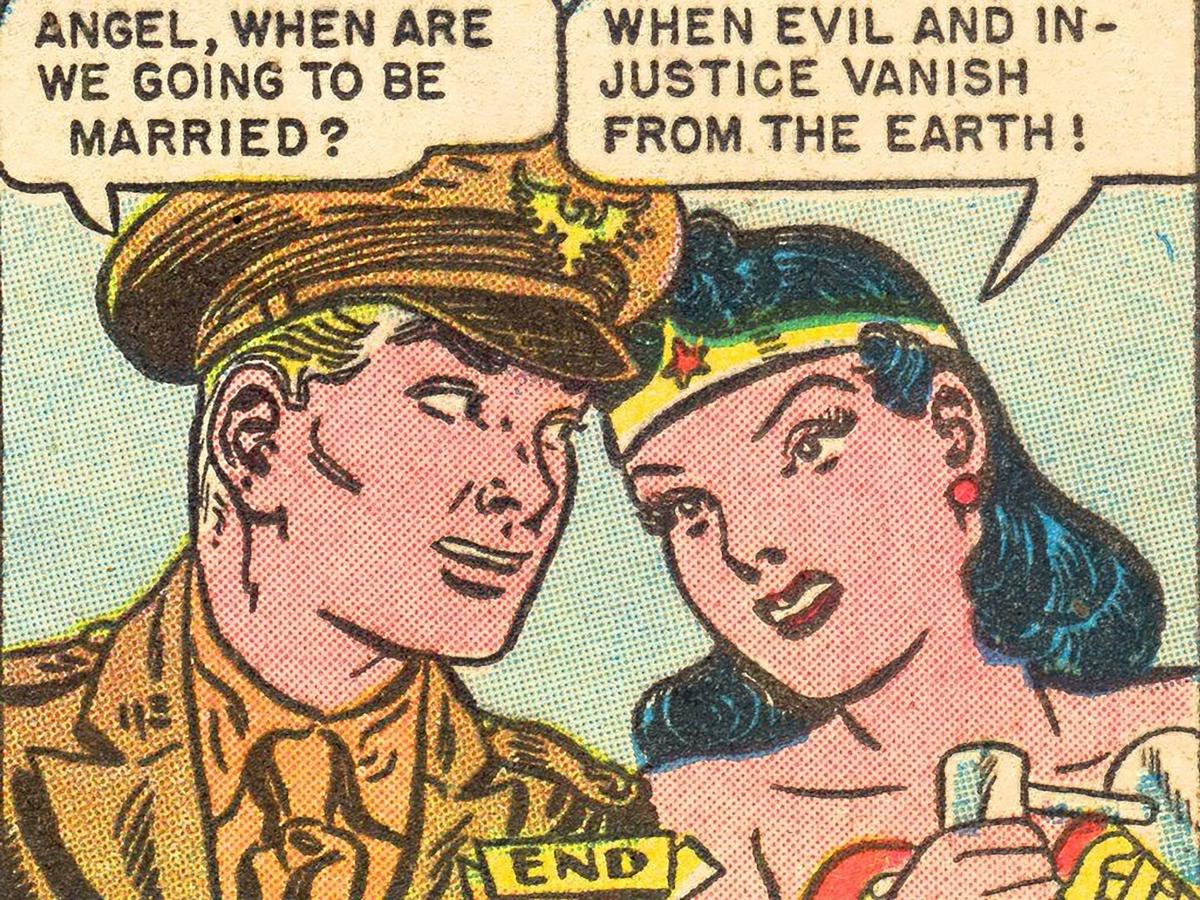 I know, I know—that is blasphemy in our current milieu. Let me be quick to say that gender expresses itself in many creative ways; I am not about to put everyone into a box.

But either you believe human nature has something divine at its core—that we bear the image of God—or you do not. If you do, you then realize that whatever God meant when he created gender is something that transcends time and culture. That there is something immortal about masculinity and femininity. And I’m not going to try and make that case here; I am hoping to help the young man in Event Number 1 and the young woman who sits across the table from him.

But do let me make one anecdotal observation: The book Captivating, which makes a case for the feminine soul, is most popular in women’s prisons, of all places. Institutions filled with extremely tough girls from many minority groups. Because human nature is human nature. Something every man must keep in mind whenever he is relating to a woman is this: whatever her story, whatever her façade, she is still a woman inside.

Second—to need another human being is not a sign of weakness, but rather, strength. This holds true for men and women. Let me simply point to Gethsemane, where the strongest human soul that ever walked this earth asked his closest friends to stay close by him in his hour of need. Thus Brené Brown has made a killing by stating the radical obvious—that vulnerability is the greatest show of courage in relationship. I am woman, hear me…need.

Third—a woman’s desire to be strong and independent can be totally righteous (did you hear that, ladies?). Those of you outside my door can put down the torches and pitchforks. There are fabulously strong and scandalous women honored in Scripture (Deborah, Abigail, Rahab, Mary Magdalene, to name just a few). Lydia was an independent businesswoman (in the first-century Middle East!). Junias was an apostle in the early church(!). God never asked women to be weak; he did ask them to be vulnerable.

But far too often, that “I too can be Wonder Woman” has been shaped not by Christ but by feminist culture, and, truth be told, born of wounding from bad men in her past. Be honest, ladies. “I don’t need you” has had a bit of the middle finger to it. It often feels angry—and hurt. It often is. Every human heart gets wounded in this war, and far too often a woman’s defining wounds come from men. The tough girl is often a self-protection against further harm. Rather than being put off by her self-sufficient persona, you might try having some compassion. Gentleness has won many citadels of the heart. 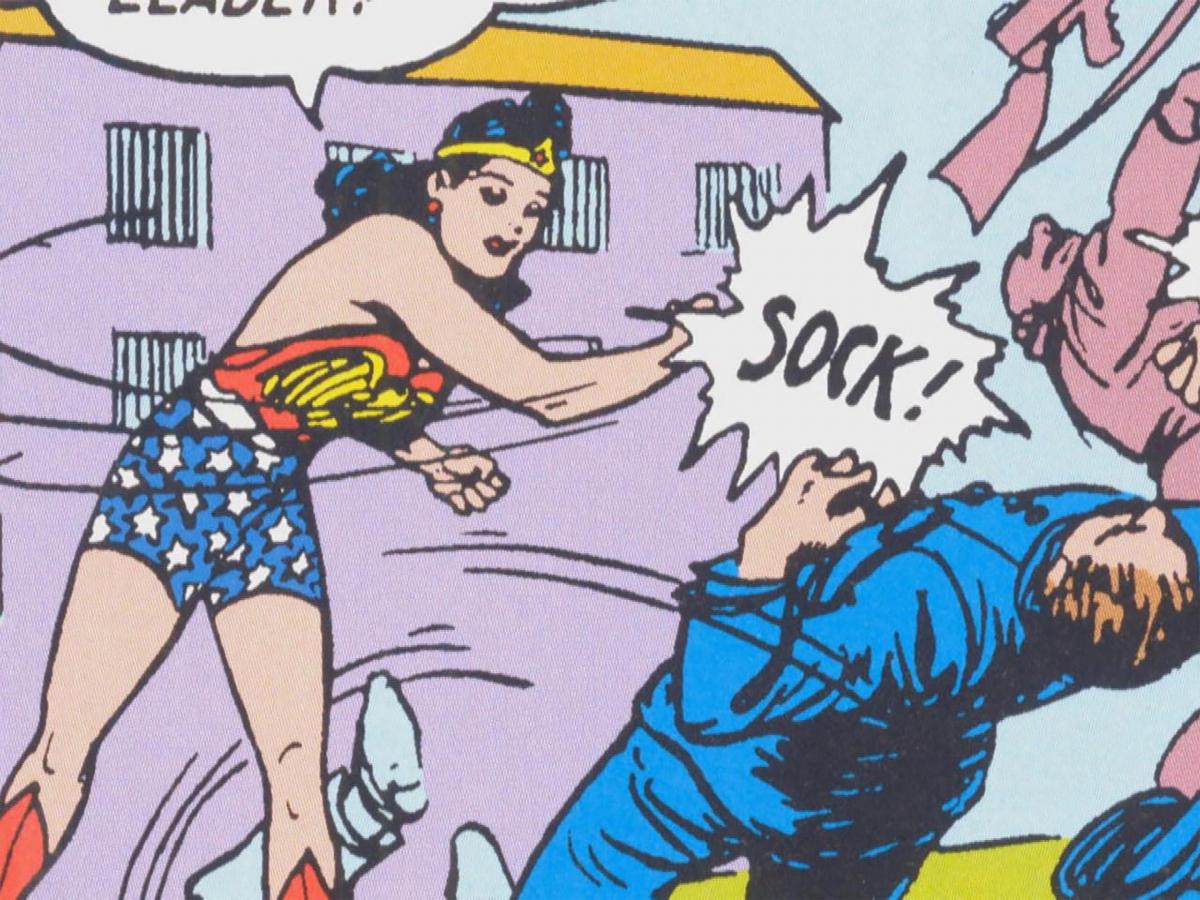 The simple test of genuine strength is always, Can she be vulnerable too? Where in her life is she allowing for vulnerability—including with men? If the answer is nowhere, then what you have is a self-protective shield going on. But even so…

Now we can finally get to the young man and his question. A few pieces of counsel…

If you are interested, of course you should pursue her. Don’t wait for her to make it clear. Your lack of pursuit may be sending her signals that you’re not interested (or not brave enough to act), and therefore, she’s going to respond accordingly. Every person pulls away when we feel we are not wanted. What looks “tough” to you may be the result of you not pursuing (ever thought of that?).

Now, I’m not saying charge the ramparts. Do not take on—or criticize or belittle—her independence, for heaven’s sake. Ask her opinion about things; honor it when it comes. Notice what she is passionate about and talk about those things. Let her take the wheel, row the boat, ascend the climb first. Enjoy her feistiness; delight in it.

As for romance, come in the side door. Just offer thoughtfulness and kindness. And playfulness (I’ve never met a woman who doesn’t like playfulness). Thoughtful cards still work; thoughtful gifts still work. Humor works (but never at her expense). Walks still work (on the beach, in the park, at the zoo, down a country lane—it works). Beauty always works—wilderness, meteor showers, first snowfalls, concerts, flowers (yes, flowers).

In order for romance to flourish, you must live with courage. Men demonstrate courage when they offer their best to a woman before they know how it’s going to go. In dancing, this is called taking the lead; you offer your heart first. It’s going to feel mighty vulnerable, and it should.

The Domino Effect up Agony and Hilarity Both | 23