A young man I love and respect found himself in that place so many young men do, out of school and uncertain what ought to come next. So he did the only sensible thing to do: He walked across Spain.

To be precise, he walked the Camino de Santiago, the Way of St. James. One of the most important pilgrimages in the middle ages and still a vibrant pilgrimage today.

I have only gone on pilgrimage a few times in my life.

The first, many years ago, was to visit my grandfather’s grave in Oregon. His passing was so painful for my young heart I could not bear to go to his funeral; years later I needed to close that loop by paying my respects graveside. More recently, my family and I made intentional treks to early Celtic Christian sites on the islands of Iona and Skellig Michael, off the coasts of Scotland and Ireland, respectively. (For that story read “Adventure with a Purpose” http://andsonsmagazine.com/06/adventure-purpose.)

This summer, I took a pilgrimage I think has been calling me all my life. It was to Normandy, the west coast of France, and the D-Day landing beaches there.

Why a pilgrimage to Normandy?

My father did not fight there; he was in officer training school when World War II ended. I do not have a relative buried at the American cemetery at Omaha Beach. Yes, my birthday happens to be June 6. But my ties to Normandy run deeper; they are spiritual. For one thing, I believe what happened there at Omaha, Utah, and the other three landing beaches depicts the invasion of Christianity into a world held by darkness better than anything else I can think of. And therefore provides perspective, orientation, and guidance for serious followers of Jesus in any desperate hour. The heroism, sacrifice, the utter selflessness played out on those beaches, the vicious resistance by entrenched evil is the history of the battle for this world condensed into one vivid, stark, shining moment. Something along the lines of the passion of Christ, or its logical heir (more on that in a moment). 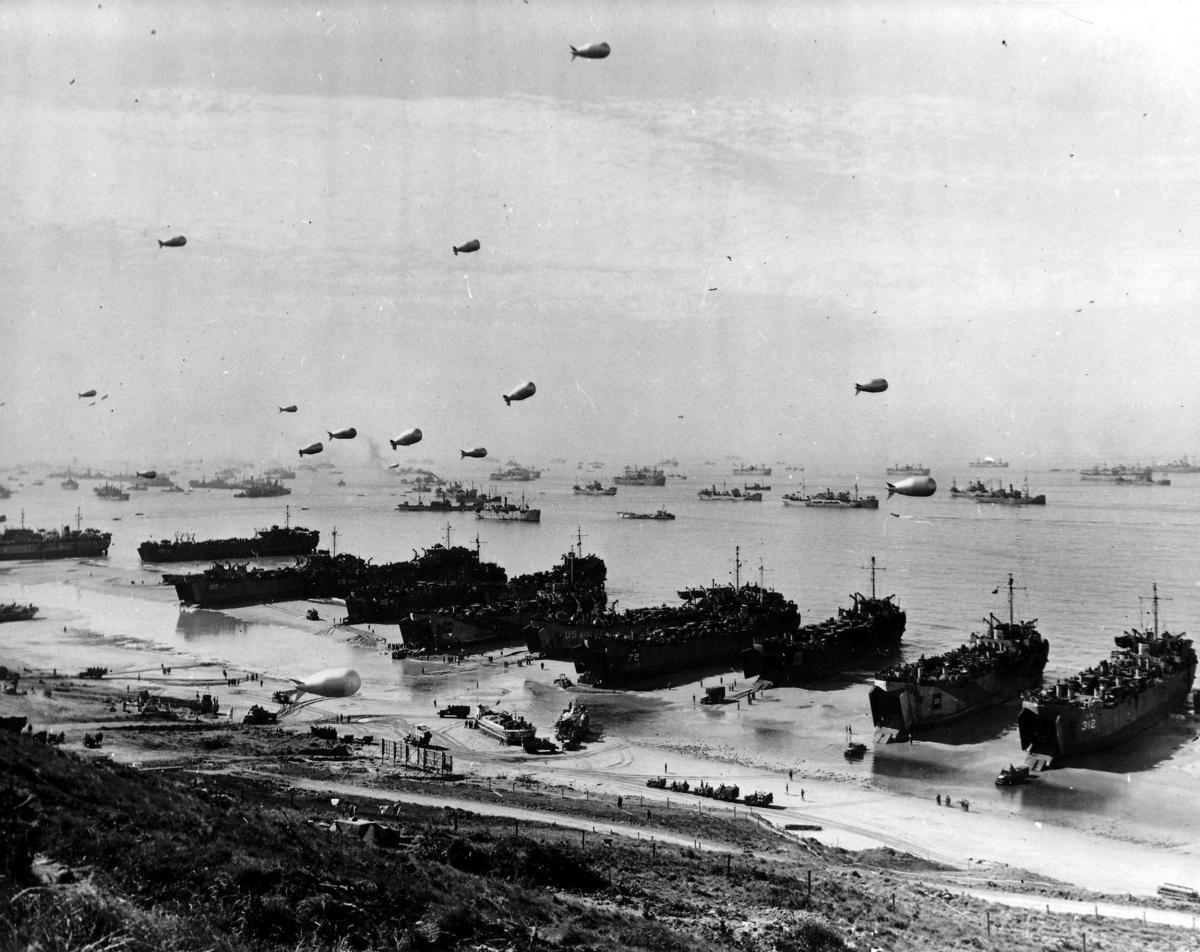 I have long been a student of D-Day. Ambrose’s books D-Day, Citizen Soldiers and Band of Brothers sit on the first shelf in my office; the HBO series Band of Brothers has been watched in our household maybe a dozen times. But still, I was hesitant to go. I feared the horrific nature of what took place there would linger in darkness over those sites. I was wrong.

There is no better word to describe what it is like than the word holy.

I will be unpacking the meaning of this pilgrimage for some time. But three lessons stood out to me immediately; allow me to name them in ascending order, starting with the third.

Nearly all of the monuments across Normandy recounting the multitude of valiant moments and noble sacrifice carry the same wording: “Lest we forget.” Those who erected them—the grateful French, the families and comrades of those soldiers—knew what a tragedy it would be for the world to lose this story. (There is a taco truck parked in front of one of the German fortifications at Omaha; the crass indifference almost made me sick.) “Lest we forget” on those monuments clarified for me why Jesus established the sacraments of bread and wine with, “Do this to remember me” (Luke 22:19). We forget far too easily, even the greatest of all heroic sacrifices, and when we do, we lose perspective and orientation.

The D-Day monuments were erected with profound gratitude, and I was deeply moved by the gratitude that lingers among the French in Normandy 75 years later. Schoolchildren all learn the story of D-Day and the price the Allied soldiers paid for their freedom. They are required to take field trips to the memorials. Many restaurants have painted on their windows, “Welcome to our Liberators.” They love Americans, British, and Canadians in Normandy, something I found so refreshing in this what-have-you-done-for-me-lately? world. Gratitude. Remembrance.

Honestly, by the end of our first day there, I was filled with longing to return with my sons and their wives as soon as possible. I found myself thinking that every young man and woman needs to visit Normandy, if only to be faced with the question, “What will you give your life to?”

The monument at Pointe du’Hoc was especially moving to me. It was here that Army Rangers climbed 100-foot cliffs under enemy fire in order to take out German artillery firing mercilessly onto the young men landing on Utah Beach. Many of the rope ladders failed, so the valiant young warriors used their bayonets to climb the cliffs. After you stroll among craters left by Allied aircraft and the naval bombardment, you come to the edge of the cliffs, and there rises a tall granite memorial in the likeness of a bayonet. Another holy place.

We climbed in and around the well-preserved German fortifications at Pointe du’Hoc, where you can still see bullet holes riddling the doorway…from the outside. Inside one German “pillbox,” you can touch burned rafters (embedded in concrete), the result of flamethrowers used to clear out belligerents. I was speechless; this all looks very different in person than it does from the comfort of a movie theater.

Which brings me to my second conviction: how entrenched and belligerent evil truly is. Having gained a foothold, evil does not just let you have it back without a fight. Hitler knew the invasion would come, but he did not know when or where. So he built his famous “Atlantic Wall”—a string of coastal defenses, batteries, mortars, artillery, and gun emplacements manned by thousands of German troops from the top of Norway to Spain. You can still visit many of them today; the staggering tonnage of bombs the Allies dropped on the wall did very little. It had to be overthrown forcefully, intimately, by soldiers in close proximity. An important reminder when you set out to find breakthrough in your own life or those you help or in the world around you. 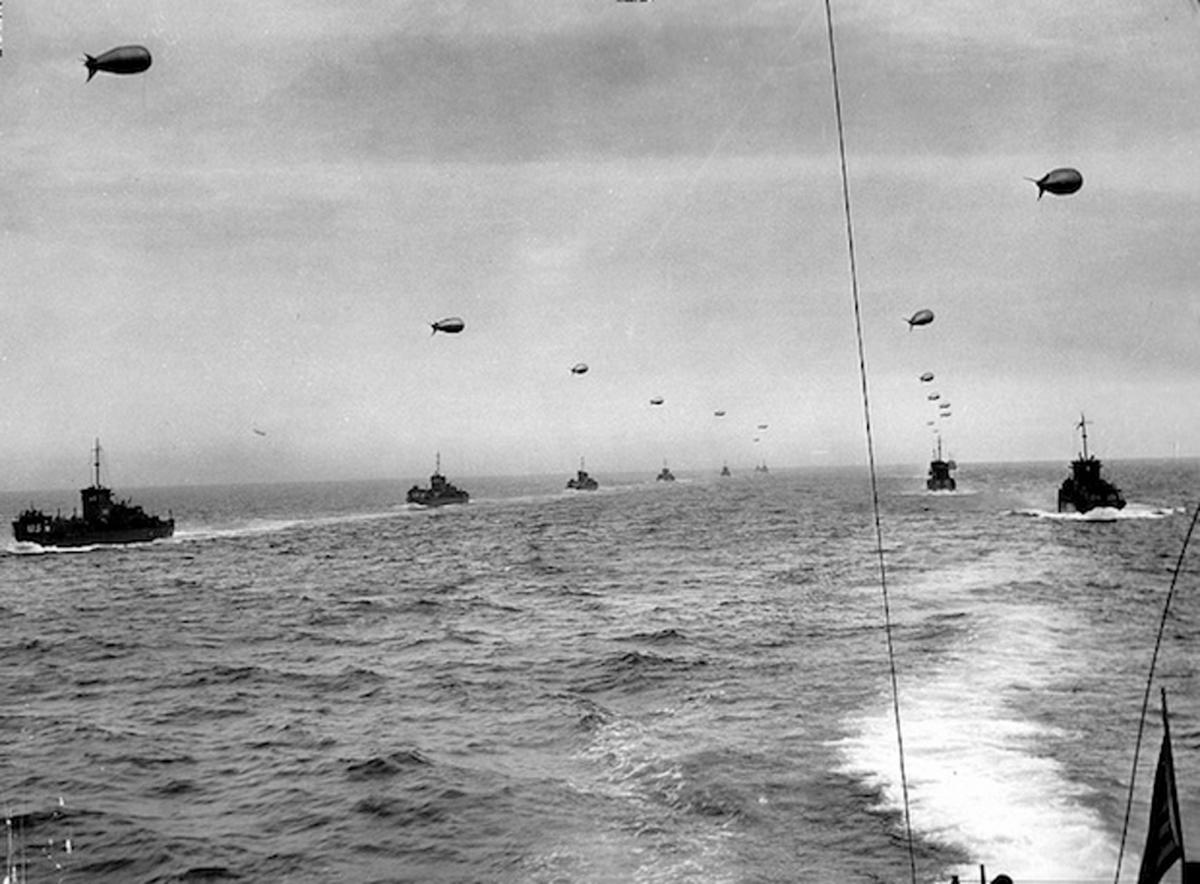 Life can be so disheartening. It can really wear you down. Even after years of fighting for my own breakthroughs, I am regularly surprised by the next round of pushback, setback, belligerence, immovability. I think this surprise and disappointment are what cause most people to lose heart. Because they have lost hold of one of life’s most important convictions: We live in a world at war. The amount of global evidence for this is so overwhelming, so stark and staggering, I find it miraculous that anyone clings to any other belief. But oh, how we cling to any other belief, even as we lose further ground and heart. We set up taco trucks in front of enemy bunkers and pretend the war is not there.

The deep, unshakable conviction that we were born into a great war–are in fact at this moment at war—is one of the most critical beliefs you will ever lay hold of. And you must lay hold of it. Without this, you will have a very hard time maintaining a belief in the goodness of God. For the very simple reason that the horrors of the world and the assault on your own hopes and dreams will erode your faith. Why isn’t God answering? How could a kind and loving God allow…fill in your story or any story of the people who take the metro with you every morning.

Unless you understand we are at war. Honestly, it changes everything.

Now, I would rather believe that life is about our simple happiness under the tender care of Jesus. Gos,h that would be wonderful. I would much prefer that we could be lifted out of all trouble simply by praising our loving God. But it simply is not true, and the sooner you come to accept the reality that this life is far more like a D-Day landing than a church service, the sooner you will be able to orient yourself, interpret your story, and learn how to navigate your way forward. Just as those soldiers had to navigate the labyrinth of hedgerows through the French countryside. The hedgerows remain unchanged; I was shocked how dense and high they are, and they still surround nearly every field in Normandy. About four feet of earth, topped by trees and bushes. The Nazis made good use of them.

Having lost the beaches, Hitler’s forces then took their stand mile by mile across France. If the Allies tried to run through those fields, German artillery and machinegun fire would mow them down. They had to become more and more cunning and sophisticated as they moved forward; they had to learn news ways of combat. Just as we do.

One of the great treasured lies Christian and non-Christian people cling to is that victory can come without a fight. I cannot even recount the number of counseling clients I’ve had over the years who were genuinely shocked by this reality. “I have to fight for this?” (There is the naiveté again.) But that deception is shattered in places like Omaha Beach. Which is why a pilgrimage there is so very orienting.

Nothing at Normandy compares to the American cemetery above the sands at Omaha. You should Google images of it; the beauty and profundity are almost indescribable. Acres and acres of lush green lawns dotted with more than nine thousand white crosses and stars of David (for Jewish soldiers), arranged in perfect symmetry. The opening scene of Saving Private Ryan takes place there, and though I was prepared, I simply had no words as I wandered through that hallowed place. Long I wandered in silence. But still, I came on pilgrimage, and so I prayed as I walked, What are you saying, Lord? Jesus—speak to me.

The overthrow evil is very costly.

This is what he said in reply. The overthrow of evil is very costly. Which brings me to my last lesson for now.

As I sat under a tree, looking out at the cemetery and beyond it, Omaha Beach and the sea, I was suddenly struck by the imagery before me—the markers are not tombstones, they are crosses (and stars of David). Thousands of images of Calvary could not have been more appropriate; thousands of Calvary moments took place during the Normandy invasion, which was the beginning of the end of the Nazi terror. So many moments of heroic sacrifice.

How many Calvary moments must follow Calvary until our work here is done? I thought to myself.

A moment’s silence in that quiet place, followed by this thought: No servant is above his master (John 15:20).

This was not depressing; not one moment of it. It was orienting.

“Greater love hath no man than this, that a man lay down his life for his friends” (John 15:13). I think of all the words of Jesus these are the most powerful; he certainly followed through with everything he could give. How beautiful and appropriate that this is the verse etched in the monument at the center of the American cemetery at Omaha Beach.

Such honor. Bravery. Selflessness. So very, very orienting. What, after all, do we really believe this life is about?

Recovering the Romance up Discernment: When is it a Closed Door, When is it Adversity?