I have some friends who have been married for what seems like a very long time—it must be a decade at least. (In my first year of marriage, anyone who had been together for more than a handful of years felt like black belts, sages in the ways of marriage that we would never reach the heights of.) I like this couple because they are honest; they tell us when they just argued in the car over something small and petty, but how arguments don’t define or scare them, and how they can move past it.

For a younger married couple, their honesty gave us permission to not have everything together. Which is a massive relief because not only do I not have “everything” together, some days it feels like I barely have two things together. And yet, like our friends who fought in the car 10 years into marriage (which I now  know is not a very long time), I have been learning that so many things in marriage require my wife and me to be in it, together.

Over the last five years, there has been all the new cities, new jobs, new seasons, and our journey into parenthood. Throughout it all, I’ve come to embrace the fact that other people’s stories can inform mine, but not predict it. Instead, it’s been a journey into learning how to partner with my wife in each new season.

When we were stepping from singlehood into relationship, I became increasingly aware of how my life was set up around myself, and what a disruption this woman was causing by stepping into it. Those first years felt like learning to give each other 100 percent of our energy and hearts, instead of withholding some to keep in a safe place. A friend in Santa Barbara once told me that if one of you gives 50 percent and the other gives 50 percent, that doesn’t mean the relationship is getting the full 100 percent, it means you’re both holding back and making the other person meet you in the middle. He said the middle was you both giving it your all. I think he was right.

Many large changes in my life have come somewhat as a surprise. Partly I think this is because much of life can’t be planned for, and the twists it takes keep me on my toes; while partly it might be because of the advice I seem to get. Let me explain.

The issue isn’t that I get bad advice, rather that most people seem to suffer from an inability to accurately explain how new changes will make me feel. Everyone seems to be able to recall how going off to college felt or what starting a first job was like or what recovering from a heartbreak felt like for them, but unfortunately for me I have yet to meet someone who can predict what my experience will be like.

I’ve found this especially true when it comes to relationships. Much of the advice I got while engaged ranged from “just okay” to “completely unhelpful.” People loved to tell us how hard it was going to be and how marriage makes you holy not happy. Not exactly the words a couple on the verge of marriage wants to hear.

But giving it your all and learning to partner in marriage has looked different in our short five years. Our marriage is still a toddler, though it’s mobile and feeding itself. There was the season where I was writing most days on Killing Lions, there was grad school and late nights, there were three moves, new jobs, finances, faith, and miscarriage. Being “all in” never quite played out the same from season to season, although it demanded us to be in the ring for each other; some seasons we’ve been face to face, others we’ve been back to back.

It may sound silly but there have been seasons where only one of us cooks most of the time. That was an intentional act. Refusing to let grief separate us, as it so often does every human being, and choosing to walk through it daily, even though we both experience grief differently.

As we’ve stepped into parenthood, we’ve been learning all over again what it takes to give each other 100 percent. Laundry, grocery shopping, sleep, time for ourselves, not to mention all the requirements a little one asks. I haven’t always done it perfectly either, much as that might surprise you (it certainly surprised me), and so it seems I’ve been learning all over again what it means to be fully present. “Teamwork makes the dream work,” corny as it may sound, has been something we’ve taken up saying occasionally, which means I’ve probably also fallen into that lot that gives unhelpful and slightly unclear advice to those coming up behind. 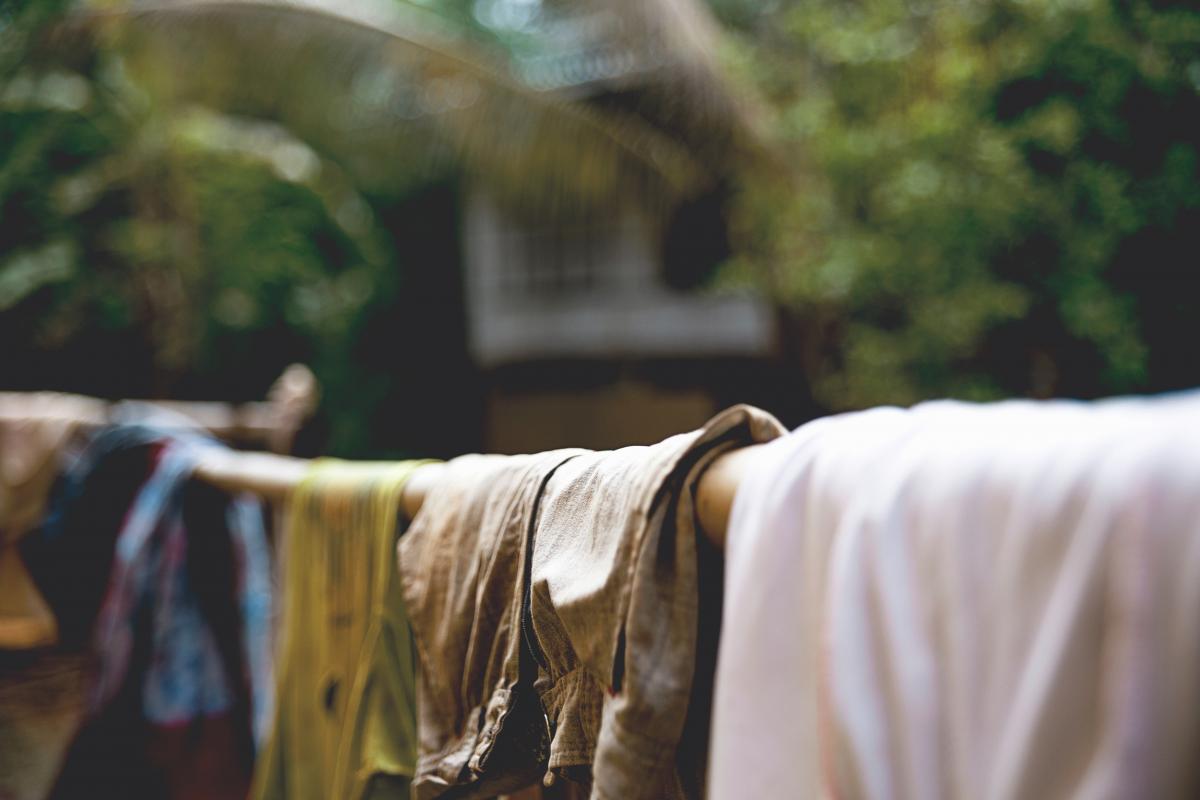 One of my favorite books is Man’s Search for Meaning by Viktor Frankl. In it, he tells of his experience firsthand of the Holocaust and his insights as a psychologist. One of the greatest points for me was how he saw the best lives were lived when they were viewed in the larger context of suffering, love, hope, and story. One has the ability to suffer and live well when one can see the forest again, not just the trees.

That is something I hope to emulate in my marriage: the ability to have long-term vision, to see beyond small seasons and small fights in the car, to know that what is truly lasting are the choices I make for the health of my family and my wife. It’s easy for me to get sucked into a new season and to think it is the ultimate season, the only thing that is real, but when I remember that we have come through so much already and have so much life ahead, I am able to live better.

So we are learning to give 100 percent to each other again. A lesson we learned five years ago. And we are learning what new iteration that looks like as the paradigm changes and life gets more complicated. Because I still can’t anticipate what next year will look like, and no one can tell me, but what I do know is that it will require all of me. And if I give all of myself, it will be beautiful and worth every moment.