Editor’s note: The And Sons team recently did a podcast on this very topic, which you can listen to HERE. We had planned to do an article in tandem, since each medium allows for a different approach to the same topic, and we felt it was important enough to visit twice, if not a thousand times.

Sam: I was scrolling through my feed the other day—which is an expression I don’t love, by the way—and I found myself reading a post by a friend of mine. She lives in another state and has been pursuing her career in music for the last decade, and a photo of her on a stage somewhere accompanied her post. I was curious what the story was and so I looked closer at what she had written. What I read didn’t tell me much of anything other than that some doors had closed and she had shifted to a different opportunity that had opened and she was grateful for everything and her new direction.

The phrase “doors closed” normally would have washed over me without a second thought, but it didn’t this time. For some reason I became aware of just how many stories I have heard that go like this one. And I found myself wondering: How do you tell the difference between an opened door and a closed one? What if the door is open but there is going to be difficulty that you need to overcome, or what if it’s closed and you’re just banging your head against the wall?

In the last year I have worked on a number of creative projects and made many decisions with my wife about the course of our life. From writing a book to starting a family to making another film as a team, it seems like I’ve been in a constant state of making decisions, large and small. In most of them I would have loved to know without a doubt what God was calling us into à la this metaphor around “doors,” but it seems like that language is only used retrospectively.

I’ve found myself wanting to know the difference, if not beforehand, then at least during the choice. How do I know if I’m supposed to submit my manuscript 50 times and if it gets rejected to submit it another 50 times, or to just stop because I’m a poor writer with nothing to say? (Hypothetical example here… sob) It seems like I’ve stumbled back into the world of wanting direction and to walk with God, and I hear all the philosophical and theological implications in the back of my mind…so I have to ask you, Dad, how do I begin/continue to make decisions well…to interpret events well? 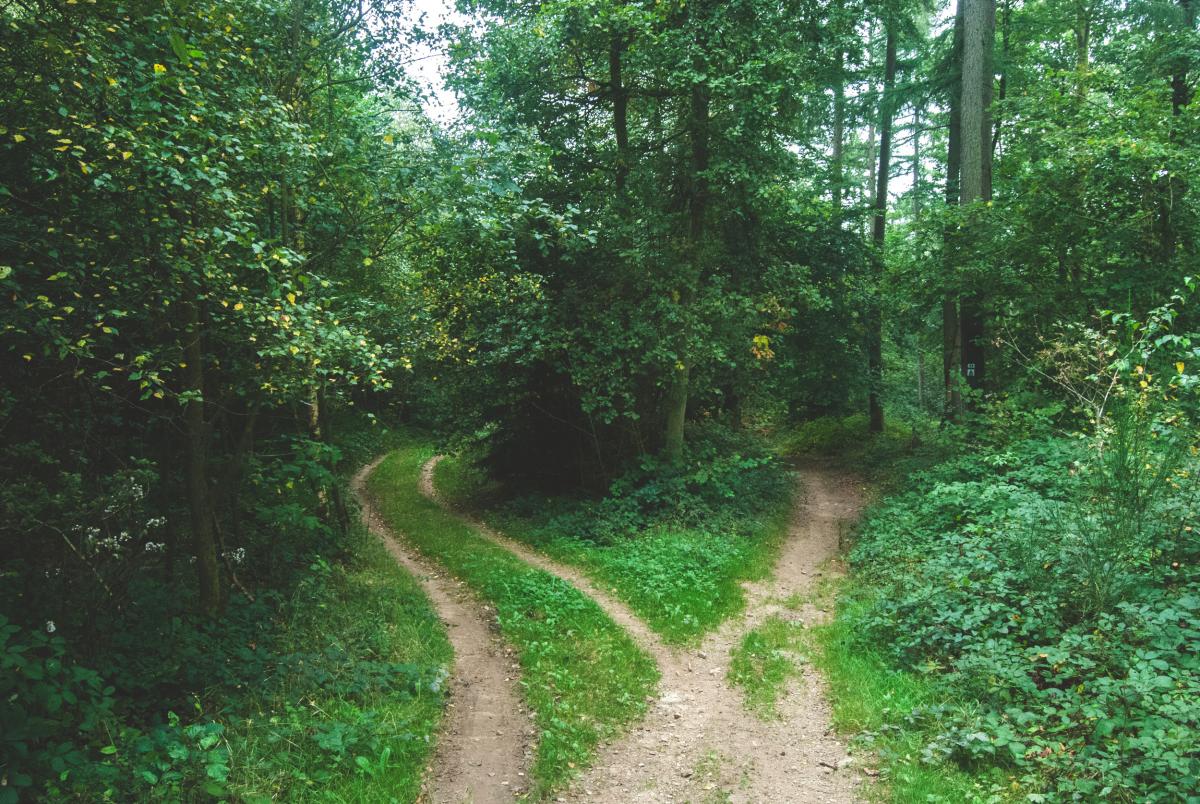 Padre: After you brought this up, I realized we’ve never actually had a conversation about the whole “open door, closed door” way of looking at things, and I share some of your frustration with the language. It’s too vague, oblique. What do they mean by “open door, closed door”? Is it simply a way of justifying taking a direction we want or giving up on another? You said that people seem to use the terminology mostly in hindsight, after the fact, which I think is true, and I think that exposes how unhelpful the terminology is in the moment. So let’s clarify what the tension is, which will allow us to better talk about it.

Something seems to have become available (a door has opened)—a job opportunity, an invitation to travel, a new relationship. Does that availability itself imply it is God’s will for us? Something we’ve been chasing or merely desiring becomes unavailable (the closed door). Does that fact confirm we weren’t meant to have it?

One assumption I live by is that everything worth having comes with some sort of fight: “The thief comes to steal, kill and destroy” (John 10:10). Joy is opposed; love is opposed; clarity is opposed (ironically); your career and calling are certainly opposed. So the problem with assuming that a “closed door” indicates it wasn’t what God had for you is that you would walk away from far too many things that in fact you were supposed to fight for, to kick open a seemingly closed door.

So I think the real issue, actually (and we didn’t get to touch on this in the podcast) is something more like this: How do I discern the will of God in the dynamic flow of circumstances? Does that seem closer to the mark?

Sam: Yeah, I think that’s more of the core issue. I realize we are touching on free will and the “dignity of causation” and all that. At the end of the day I know I must make my decisions like they matter and as if they are mine to make, and I’ve also experienced decisions that were full of the life and goodness that so often defines life with God. I’ve also experienced difficulty that was his invitation as well, so I’m not always looking for the cushy way out, but if it’s difficulty without purpose…oh man.

We have touched on this before, but it feels important to be reminded that we aren’t the only players on the field in this. If God has intention for us, then evil does as well, which isn’t a category for many of my own decisions. It adds a layer of complexity that isn’t just “door open, door closed,” because now adversity could be the thief who wants to steal, kill, and destroy.

Padre: Right. Or it could be timing. Or shaping you as a man. Or it could just be something we’re supposed to walk away from. So the issue is interpretation. How do we interpret circumstances like “open” and “closed” doors? What do they really mean? Because as we are pointing out, simply the open or closed may mean any number of things. Circumstances are simply not enough to tell you what is right.

Which brings us to, How do you interpret what is going on in your life? I’d call that a $6 million question. A very important question.

What I wanted to say after the podcast was something like this: There are two types of “Christians” out there. The first category are people who believe in God, go to church, but beyond that pretty much live their lives as practical agnostics. They don’t seek out an intimate life with God. They toss up a few prayers, and they want  to know what is best for them, but they don’t develop a conversational intimacy with Jesus. These are folks who tend to use open and closed doors as “signs” like someone else uses Tarot cards or dice. It’s very superstitious, really. The whole open and closed door lingo, I think, reveals a lack of intimacy with God. It’s spiritual roulette.

The second type of “Christian” is someone who—prior to needing direction on a job or relationship or whatever—is working on a deeper life with God. They are coming to know God, know his ways, know his heart, know his “voice” in their life. And so when the need for interpretation comes, they have already laid a foundation for getting help interpreting opportunities and setbacks, because they have a friendship with God.

Too often the issues, tensions, and frustrations around “interpretation” are not really the issue at all.

Sam: So the real issue is friendship with God. Somehow an easier and much harder answer all at once. I can’t blame the folks who look for signs after the fact, since I’ve done it more than once, but it does make me want to ask before I jump. And deeper still to learn how to hear what God is saying and what he is inviting me into.

Padre: At some point we choose to become an apprentice of Jesus, we choose to become a disciple. We take the narrow road. And one of the surprises that comes is the that issues of interpretation, which once seemed so foggy to us, are actually not confounding at all. Peterson paraphrases it this way in The Message:

“I have a lot more to say about this, but it is hard to get it across to you since you’ve picked up this bad habit of not listening. By this time you ought to be teachers yourselves, yet here I find you need someone to sit down with you and go over the basics on God again, starting from square one—baby’s milk, when you should have been on solid food long ago! Milk is for beginners, inexperienced in God’s ways; solid food is for the mature, who have some practice in telling right from wrong” (Hebrews 5:14). They have some practice; they are experienced in the ways of God.

So the issue isn’t guidance; it isn’t What should I do? The issue is maturing with God; the issue is How come you don’t know what you should do?

But we’d rather blame it on open and closed doors.

Normandy: Pilgrim at War up Be a Man, Learn to Cook