I assumed, for many years, that my political education began in grade school, when our elementary school set up its first student government. It was designed to stoke the political imagination of us youths, and it did a good job of introducing the basic concepts of politics, like voting for the handsome people and never realizing your goals, which were, of course, to extend recess indefinitely.

I’ve since realized that my political training began much earlier; but still, the point remains, by the time I was 10, I had a good understanding that life was where people earned virtue, and politics was where they spent it, a little or all at a once, on little changes. By the end of the academic year, the virtue was gone, but it didn’t matter much, because by the time their real life wore out, they had learned to hustle.

In high school, all you really had to do was dress like the mascot and stand by the cheerleaders during football games. If you could up the antics, more power to you. One particularly memorable time—and this was in college—the class president put on a chicken suit and shot through the school on the back seat of a tandem bike to announce the homecoming theme, only to be run down by a band of opportunistic college insurgents. By day, costumed capers; by night, committee meetings of indefinite power, like diurnal Batmen. And the thing I remember most is the vague feelings of distrust I developed as my elected official became more like a politician and less like a human being. I was learning, through those fabricated political experiences, that political parties were shifting, opaque, distasteful things, and that if I didn’t want to be disappointed, I shouldn’t put much hope in them. Reasonable conclusions, it would seem, but before I realized it, I was giving in to something far more pernicious than political subtlety - I was allowing politics to shape some of my assumptions about the world.

Now, this isn’t a political magazine. Not because its founders aren’t interested in politics, but because we’re chiefly interested in something far deeper—the transformation of the human heart—from which political activity, and all other activity, comes. For those interested in a non-partisan, academic account of shifting political compositions, I recommend social psychologist Jonathan Haidt and his article How and Why Nationalism Beats Globalism. For those looking for a podcast recommendation clarifying contemporary political processes, Decode DC. And for those looking for advice: stop reading the news—which is shown to decrease the effectiveness with which people make decisions—and start reading books, magazines, and academic articles. They contain a wild synthesis of information called knowledge. My thoughts here are about the despair and the anger that surround politics (especially this year) and what to do about them.

Despair is perhaps the chief aim of the kingdom of darkness, because when we arrive there, we have lost the secret that sustains hope and come to see the world as the enemy himself sees it.

This political season has been uniquely disastrous. I hardly need to furnish examples, but according to the PEW Research Institute, less than 20 percent of Americans feel they can trust their government. That’s the lowest in 50 years, as in, 20 percent less than during the Vietnam War. We tune in to the news, we see the political developments, and we feel—what? Disbelief, disillusionment, frustration, despair. I’m actually quite sure that the despair is the worst poison of the political season, and for an important reason. Despair is perhaps the chief aim of the kingdom of darkness, because when we arrive there, we have lost the secret that sustains hope and come to see the world as the enemy himself sees it.

Despair, see, is a message. It is composed of two principal parts. Since either part can entirely handicap our heart, I’ll address them in turn. 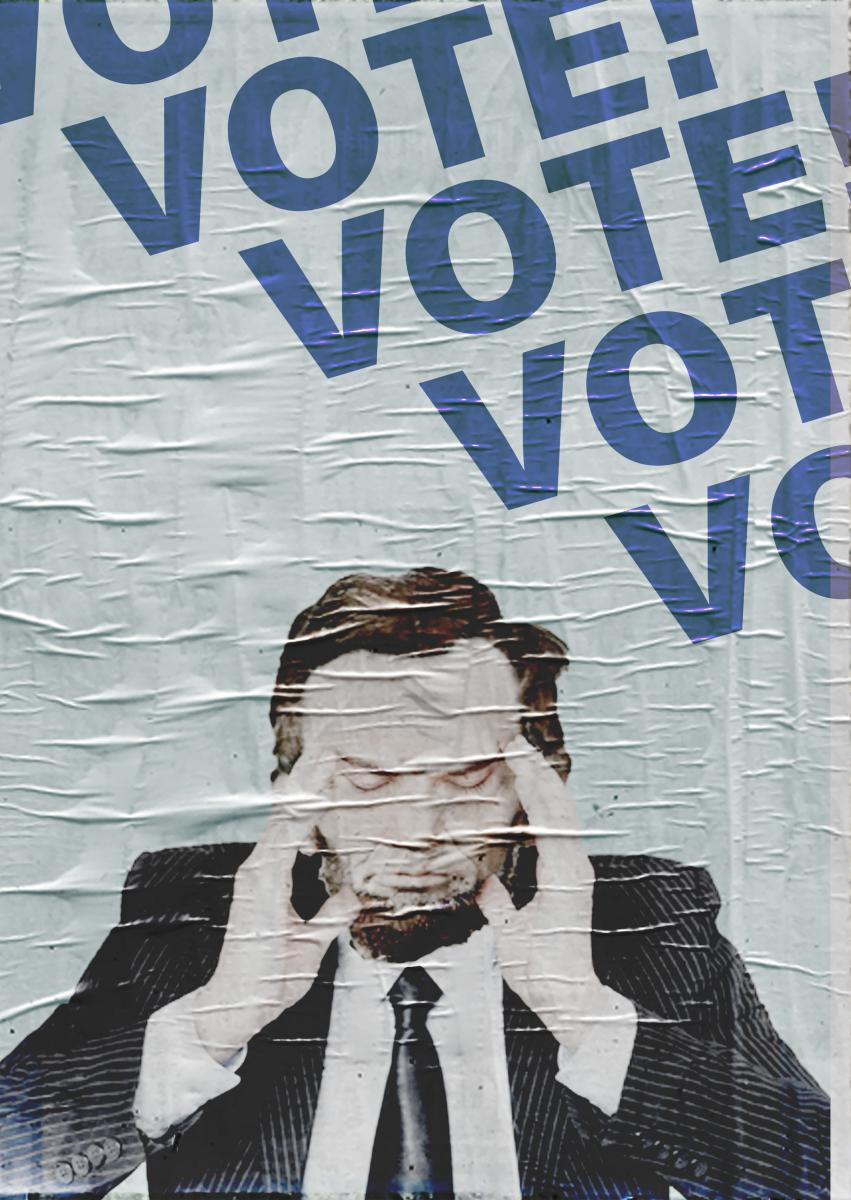 1.     Visible economies of scale are the most real entities in earthly experience.

Large things overwhelm smaller things. The forward momentum of certain devastations is unstoppable. To resist overwhelming corruption of any kind is to deny the visible conclusion of physical laws. The logic of this conviction is difficult to deny, and while very few people accept it entirely, it colors the way most people experience the world, especially the political world. The trouble is, by the time we are intimidated by scale, we have lost one of the great secrets of Christianity: that small places overwhelm the larger ones (surely you remember David and Goliath). The Kingdom of God is like a mustard seed. It is like a pearl, a pea-sized stone whose value nonetheless overwhelms the entirety of the marketplace. It is like treasure, like yeast, like a net, like a sprouting seed, but never like a political party, or a great stone rolling downhill, or an occupying force. The logic of the Kingdom, which is more like poetry than logic, is that the tracest element of restoration is packed with power to overwhelm the material world.

I think we’ve all had at least a fleeting experience of this reality. In the checkout line at the store, we suddenly see the clerk, a moment ago a stranger, as family, and his restoration suddenly seems an inescapable certainty. Right in the middle of paying our taxes, we get the startling idea that we should give away more, and all at once it seems absolutely true that we are deeply and mysteriously wealthy. They are small moments when our vision clears, and when it does, all of the intimidations of destruction seem like the villains in a children’s story, not that they are inconsequential, but that we know we will somehow overcome them. 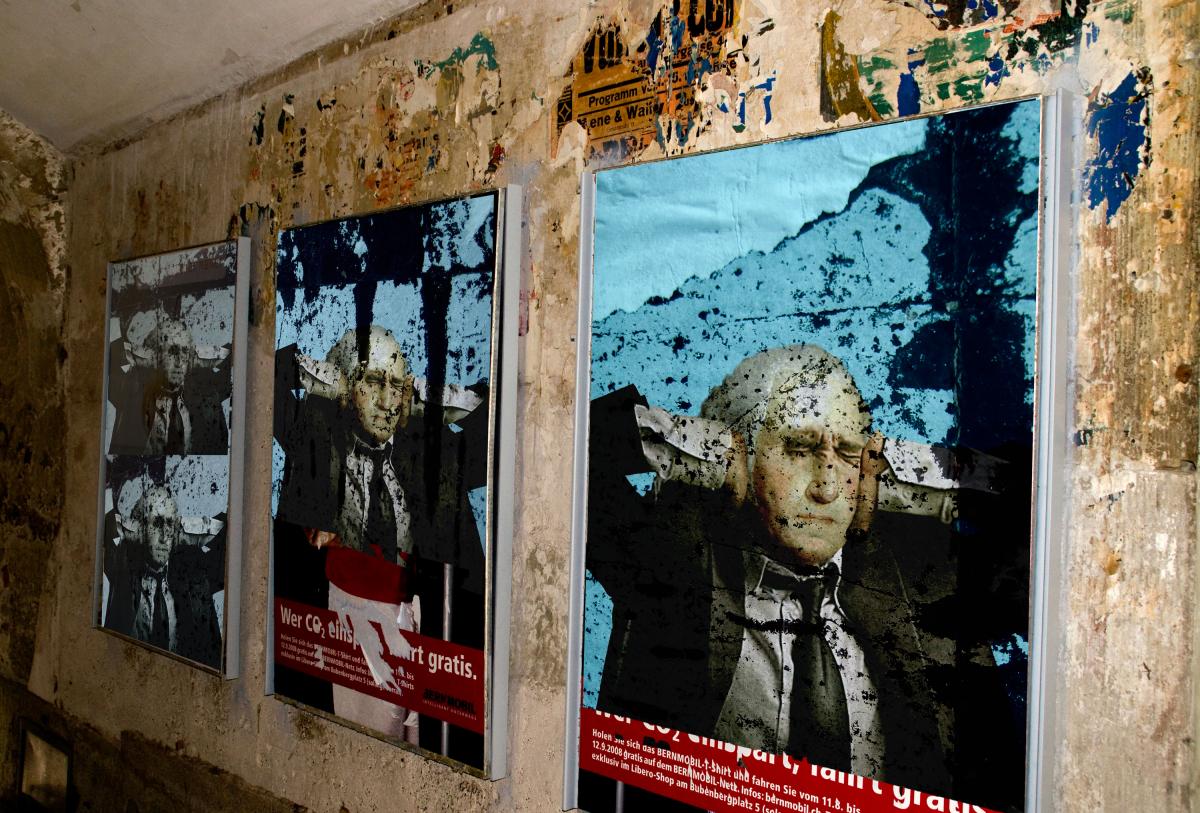 2. The world is somehow handicapped by an inclination to decay.

This second inclination of Despair is more subtle and more dangerous. It is born of the longtime observation that good things seem to end, while bad things seem to do just fine on their own. We see some brave political movement peter out, and right alongside our disappointment comes a realist resignation. Isn’t that the way all things go. We learn that the wildernesses of the world are vanishing, and even though we feel anger, we also feel a deep disappointment. The world is vulnerable to ruin, and that in itself seems fatal and tragic.

The trouble is we have learned the wrong lesson. All good things persist through engagement. They have interdependency built in, and that is supposed to teach us something about the world: all created things flourish relationally. Instead, we too often feel that good things are somehow doomed, which is sort of like thinking that certain kinds of dance are doomed because they exist in the coordination of two partners, or feeling like music is doomed because it is made of intersecting notes.

Good things require our continual involvement. This is supposed to be wonderful. The very Trinity exists relationally. The self-fulfilling prophecy of despair is that if we don’t step in, good things do die. But they don’t actually die because goodness is somehow lesser, because all good things come to an end, because chaos is the true nature of the universe and mankind. They die because good things are relational. With this in hand, we don’t respond to political ruin by despairing. We respond by stepping in, again and again, to support good things by our relationship with them, to participate in a relational world. 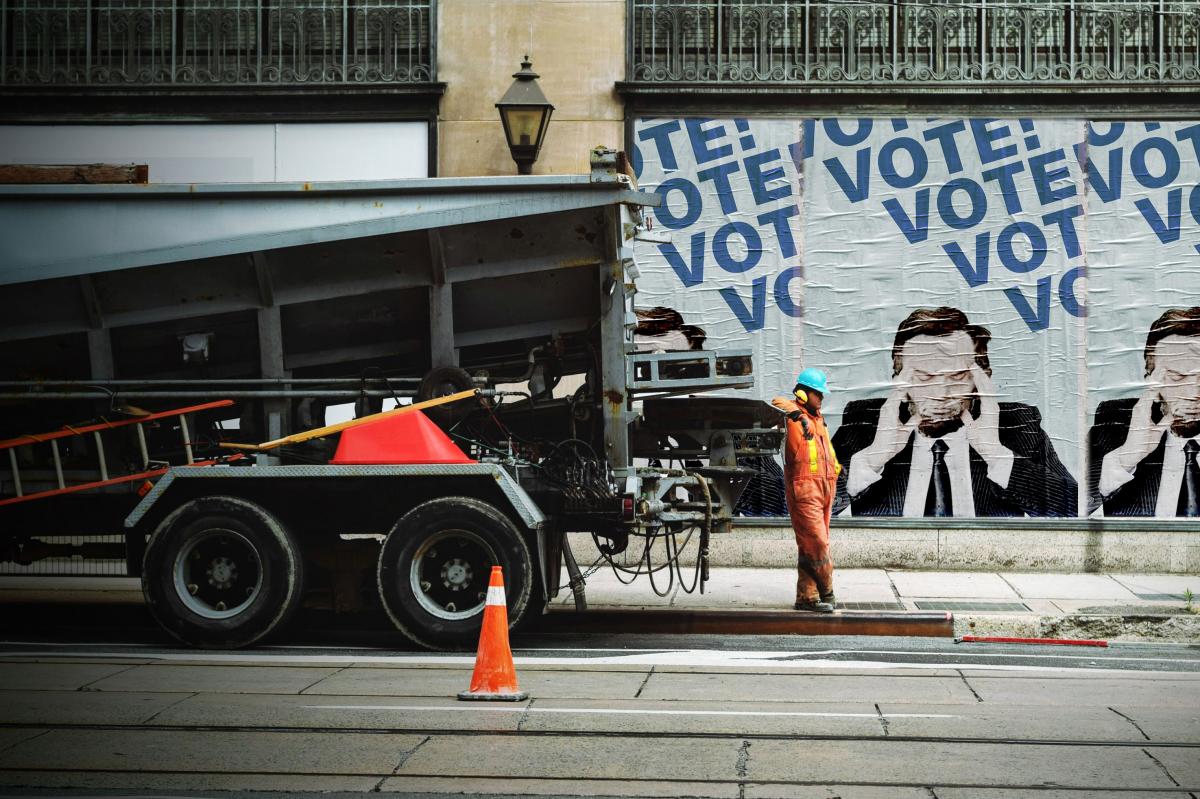 We don’t win or lose in November. We pass through the noise and into the real period of governance, where our work is even more necessary, and our hope far more invaluable.

Now, if we can make it through November without despairing or becoming disillusioned, we’ll be in a far better spot for what follows. The election, of course, is sort of the crescendo of democratic participation, but it is hardly the stopping point. We don’t go to the polls and then walk home, like a defeated baseball team. Mathematically speaking, the power of the individual citizen goes up after an election, because while our confused political process fairly effectively knocks the sword from any one person’s hand, our freedom of speech and organization has remarkable transformative power. The political chaos of this season is a call to action. We don’t win or lose in November. We pass through the noise and into the real period of governance, where our work is even more necessary, and our hope far more invaluable.

The John Colter up