I am Allergic to Cats

I was once almost killed by kittens. We were staying with some friends who foster kittens until they are old enough to be adopted, and I woke up in the middle of the night draped, literally draped, in kittens. They had decided that the person most deserving of nighttime snuggles was not the young woman in the other room who would kill for such an experience, but instead was me, the person most likely to die of allergic asphyxiation when my face and neck are covered with cat hair.

I woke with swollen eyes, runny nose, I could barely breathe. Apparently I have an allergy to a protein called Fel d 1 which is found in the “sebaceous glands” of cats. So I laid there in the dark, kittens all over my head and neck, and I thought to myself: there are worse ways to die.

At this moment my cat Iroh is walking across the keyboard as I type, while his big sister Totoro sleeps in my lap. (Bonus points if you know the references for their names without Google-ing them.)

How did this happen to me?

I’ve always thought of myself as a dog person. Heck, I grew up with dogs, so I thought I was a shoe-in for being part of the dog-person group. Going for walks? Check. Tossing a ball? Check. Unconditional love? Check. What’s not to love? Okay, so they are messy, sometime stinky, will eat pretty much anything, and could potentially destroy your yard and your house…but still.

To be fair, I think I like dogs and the people who have dog-like personalities because I don’t. I’m more of the reclusive, suspicious, sometimes intentionally devious type. Which I guess sounds somewhat catlike. But hey, I’m allergic, so I get a pass, right? Enter Eve.

My wife grew up with a beloved cat named Elijah, who might as well have been holy enough to merit being taken up into heaven like his namesake. When he did depart from this world, my wife began the quest for a new feline friend. It’s family legend that she once left a kitten on her parents’ doorstep with a note that read “From Jesus” and still protests that they shouldn’t have turned down a gift from the divine. So I should have seen it coming.

First, the occasional cute kitten video (would somebody please stop posting those?), then to the pet store “just to look” (okay, I know this was the point where the war was lost, but I said “no” to this like a million times) and next thing I knew we were cat owners. To be fair here, we didn’t adopt any the day we went to the store, but my resolve had crumbled in the face of kittens. I mean, they are kittens for crying out loud.

So when the time came for us to acquire kittens of our own, we thought a less- allergenic variety might increase my odds, maybe might even stave off the inevitable misery. I also wanted to own something closer to the root of what a cat is; none of this short-legged, miniature monstrosities business. Give me something that would stalk me were we in the wild. Thus, we became owners to a brother and sister Bengal. They are—wait for it—awesome. 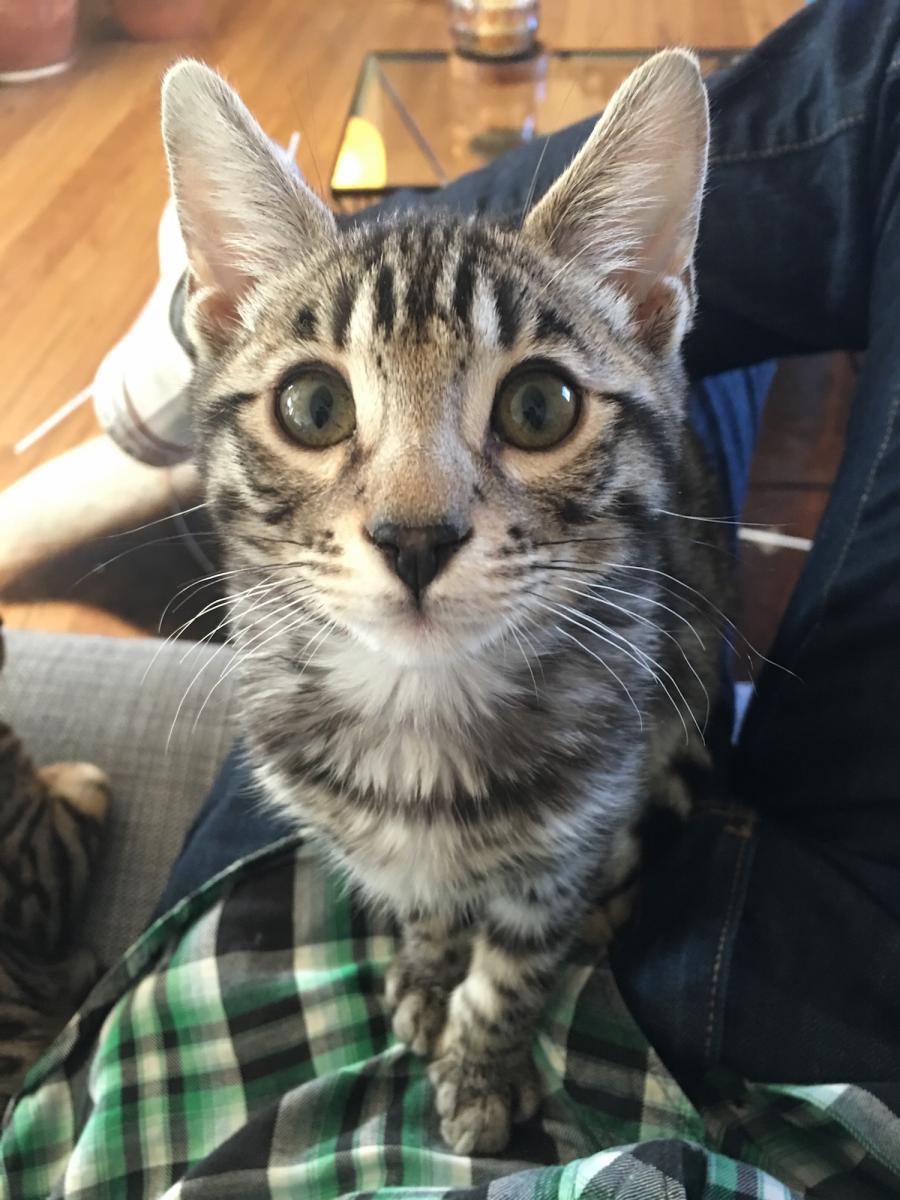 They make noises like raptors. They chase things, they get excited when they see us, they remind us to have wonder again. They bring joy and purrs and litter boxes. Okay, that last bit isn’t so awesome.

They’ve also brought a bit of a mess. We didn’t have little animals peeing in our house before, or spreading litter all over the place, or getting sick on our floor. When they get sick we do stupid things like rush them to the vet and pay too much for various prescriptions. Including—I kid you not—anxiety medicine. Yes, one of our cats needs anxiety medication. Welcome to pet care in the 21st century. It is, by far, one of the most ridiculous things I have ever heard. Curse you, whoever the Sigmund Freud of cats was. But of course I shelled out the cash, and of course she refuses to take it.

The good news is, my allergies have pretty much abated. There was a learning curve as my body adjusted to having cats in the house. There were miserable days and nights. I’ve gone through plenty of antihistamines. But I’ve actually adjusted, and they don’t bother me anymore.

And yet, right now, I'm ready to get rid of both of them. Every time we leave town for even a night we have to find cat sitters. There are days that feel like cleaning the box is all I do. Totoro has taken to marking our entire basement, which we have essentially quarantined off except to do laundry. I am going to have to pull up the carpet. But every time I get upset with our little furry friends, I am reminded of why I got them in the first place: because I love my wife.

Seeing the joy in her face while she plays with Iroh, or while one of them sleeps in her lap, seems to transcend ordinary time, and I can see the little girl inside that wanted Jesus to bring her a kitten. Her joy and delight are worth any number of small grievances. It shifts what feels like suffering (and it really isn’t, it’s just cleaning up cat pee) to part of the fuller picture of loving my wife.

So I’m allergic to cats. And I own two. And the delight in my wife’s eyes makes it all worth it.

Nothing to Do up