How to Be Nice to All Your Irritating Online Friends

The gloves have long been off in this current presidential race, but it seems that the cage-fight bloodlust is really just a reflection of what has happened to every forum for online engagement. The internet has become the new coliseum.

I sometimes think that our current political situation is an experiment designed by a misanthropic robot and sprung upon the American public to force to its very extreme the hatred most people feel for humankind but hide from one another except on roadways, internet reviews, and Twitter. The race between Hillary Clinton and Donald Trump is, I would dare to say, eschatological. Not because I think a political contest can bring about the end times, but because in this election we have seen a viciousness which mirrors the growing online hostility now characterizing everything from movie reviews to what folks are saying in response to your latest Facebook post.

The distinction is one of purpose. A “public” is made of “citizens,” the end goal of which is to to understand what laws need to be placed to govern in order to create a good society. People can agree about those limitations insofar as they agree on the definitions of “laws,” “government,” “good,” and “society,” which very few people do. A citizen is composed of facts that, as I’ll show in a second, don’t actually have very much to do with how people form opinions. People and persons are more complicated animals. They have stories and motivations and convictions that are for all their prominence only the small spoken element of experiences too often misunderstood.

Online, you are not a person.

Consider, for example, your Facebook feed. When people have a conversation there, what are they concerned about? Is it the story of the person in front of them, the long and often tortured epic whose many turns have created their beliefs, to which their convictions are attached, like advertisements to the walls of a theater? Or, are they concerned about the person as an essentially political being, whose convictions exist, like logical principles, in a vacuum, and matter only insofar as they create a happy and wholesome and entirely consistent society?

Of course, my experience tells me it is the latter. Online, you are not a person. You are a constellation, a cluster of opinions with no human substance, most of which must be put to death if we are to achieve political paradise. We all know how those conversations go.

We post, Your candidates tax policies will ruin the world, and then that uncle everyone has says, Oh really because I just asked Google that question and it said that a BIG number of PhDs don’t even think that (also it’s “candidate’s”). We post, We need gun control measures, and then an old friend from our dorm writes, Actually, that’s EXACTLY what the fascists said, so we say, Oh really because actually in the 20th century most card-carrying members of the fascist party were Italian so the real word you should have used is Fascismo. We write, I love hippos! And someone else says, Oh really because a hippo is just a big dumb animal that looks like three bean bags sewed together and given sabertooth tiger teeth. Just saying, so we say, Oh really because your argument is 1. based on the idea that people can sew bean bags and 2. assumes that sabertooth tigers ever existed. And so on.

Not a promising future for your friendships. But most folks at this point are not trying to make friends; they are slashing at someone else’s opinion in order to exalt their own. (That, also, does not have a promising future.) Facts, as I wrote before, don’t have very much to do with a person’s beliefs. As University of Michigan political scientists Brendan Nyhan and Jason Reifler have evidenced in their research, if a person holds an incorrect opinion, reading the facts won’t often cause them to change their view. Instead, when a person encounters facts that correct their incorrect opinion, they are more likely to dig in to their existent views, a behavior known as “backfire.” The sound of backfires fills social media like machine guns. 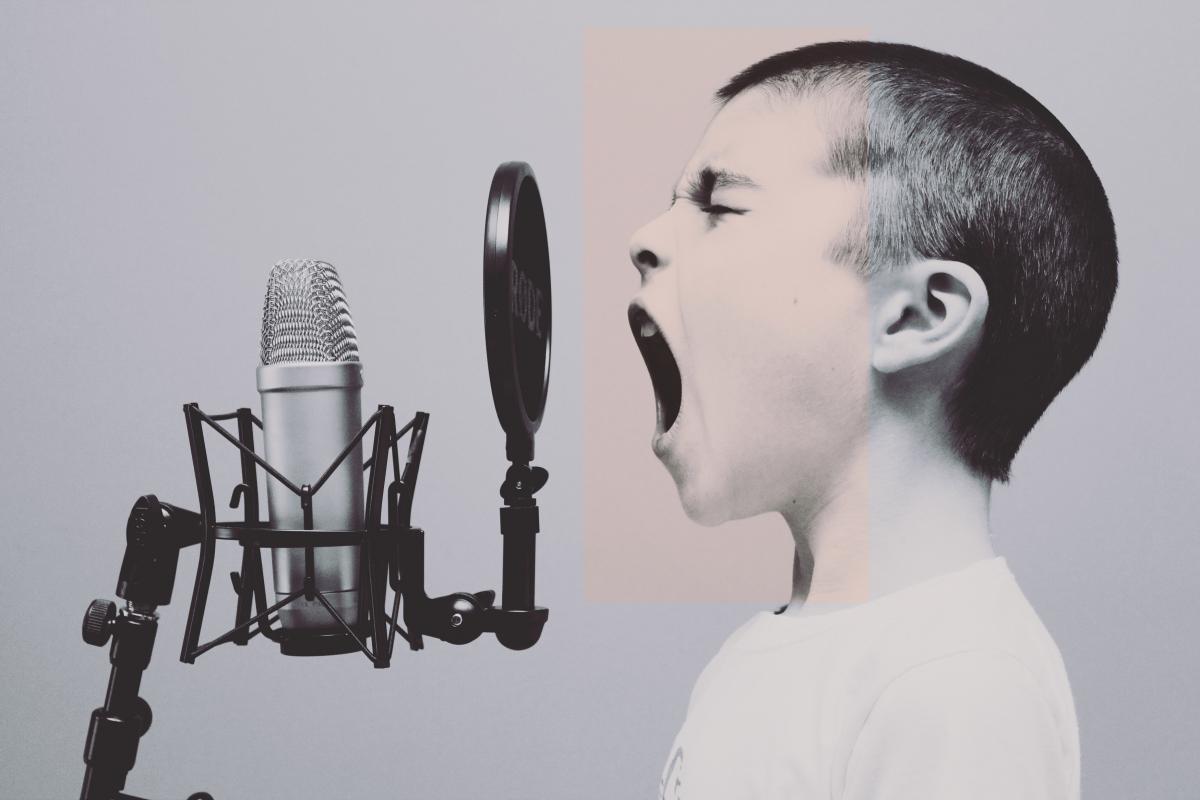 But the other—and more important—issue is that when we focus on the conviction, we miss the heart, and in so doing expose how little we care for other people, which is sort of the pith of the issue. We don’t love our enemies. We barely like our friends. What we want is a “better” world, by which we mean, one where we’d rather live. If other people’d like to come, that’s fine, so long as they don’t live too close to us.

The coming political season is going to intensify the whole. The scandals, the betrayal, the incredible debasement of humanity—most of it is still ahead of us. If we want to grow in this time, we won’t do it by becoming simply more vocal or opinionated. But we can if we’ll commit to becoming better transformers of the human heart. We can if we can see the restoration of our most irritating internet associates as the Highest Good by which we judge all our words and actions.

How do we go about this? Well, as Alexander McCall Smith wrote in his No. 1 Ladies’ Detective Agency installment The Double Comfort Safari Club (which is, in spite of probably not being literature, totally fun writing), “You don’t change people by yelling at them.” At least, you don’t change them for the better. You change people by engaging their story, over time, with honor and love. That’s a tall order, and I don’t really think it can be done online, at least not in most cases. But it can be done through our lives, as we learn to pursue even our most evidently misguided friends. “That’s an interesting point. If you’re up for it, why don’t we grab a beer and talk about it?” “So sorry this political season is so frustrating. I’m going on a run tomorrow, want to come?”

To be clear, I think that social media is a vital tool, and that it is, moreover, an eminently political tool. As a recent Atlantic article on the work of Ethan Zuckerman, head of the MIT Center for Civic Media, explained, social media is the power of amplification handed to the vox populi, and it continues to be one of the great combatants in the war against corruption. It does all kinds of useful things: it monitors, it provides a forum, it makes injustice visible.

But—if we’re going to believe both research and our own experience—it really doesn’t change the heart.

Yet changing the heart, settings captives free, binding up the broken-hearted, that is exactly our mission. And who are those captives and broken-hearted people? They are the pundits, the irritating family members, the radical cousins, the thickheaded coworkers. They are lined up, a menagerie of examples and opportunities, on our Facebook news feeds. Those are the people whose restoration we are called to fight for. As C.S. Lewis had it:

“It may be possible for each to think too much of his own potential glory hereafter; it is hardly possible for him to think too often or too deeply about that of his neighbor…It is a serious thing to live in a society of possible gods and goddesses, to remember that the dullest and most uninteresting person you can talk to may one day be a creature which, if you saw it now, you would be strongly tempted to worship, or else a horror and a corruption such as you meet, if at all, only in a nightmare. All day long we are, in some degree, helping each other to one or other of these destinations.”

A Strategic Move up Nothing to Do