This article has a story. A tough story.

We were supposed to be headed to Denver tonight to see Bruce Springsteen in concert. We’ve loved his music over the years, spent a lot of road trips listening to  The Boss. He’s one of the great balladeers of the 20th Century. I never thought we’d get to see him in concert, but they added Denver to his tour a month ago and we grabbed seats. It was something we were really looking forward to.

But then a loss struck our family, and we had to cancel our plans to take care of other things.

I was going to write an article on Springsteen and ballads for this Beauty column this month. But I’ve got nothing left in the tank. Loss can do that to you.

So I thought, what better piece to share than something Stasi has recently written on defiant joy? We’re not quite there yet on this one, but I believe everything she says…

Our home had been overtaken by fairy lights.

Christmas twinkle lights, boughs of evergreens, ribbons of red, and the fragrance of pine filled the living room.  It was the night of our annual Christmas Party and I was ready.  I’d been decorating for weeks.  Even the bathroom had a sleigh in it.  Once a year our team gathers in our home to celebrate all that God has done through our little ministry.  We reflect.  We give thanks.  We feast.  We laugh.  And we get all dressed up to do it.

Also, it’s catered, so there’s that.

Anyway, this particular party is planned two months in advance, and as it draws near, the expectation of joy rises exponentially. I had a pause on the afternoon of the party between setting out glasses and needing to get dressed, so as often is the case, I went online to check out what was happening in the world.  Take a look at emails.  Update my Facebook status.

When I did, I learned what had transpired that day, and I wept with shock and despair—my soul was filled with anger and deep sorrow.  It was the day of the Sandy Hook Elementary School shootings.

A lone gunman had opened fire on elementary school-aged children, killing 20six- and seven-year-olds in a terrifying and horrific spree.  Six adult staff were also shot and killed.  It was the deadliest shooting in any school in the United States.  After brutally taking these precious lives, the gunman committed suicide.
I found my husband when I could contain myself and told him of the tragedy.  After weeping and praying together, we wondered if we should cancel the party.  How could we celebrate life in the face of such wickedness and loss?

And that’s when the phrase “Defiant Joy” was born in our household.  We’ve used it a lot since then. 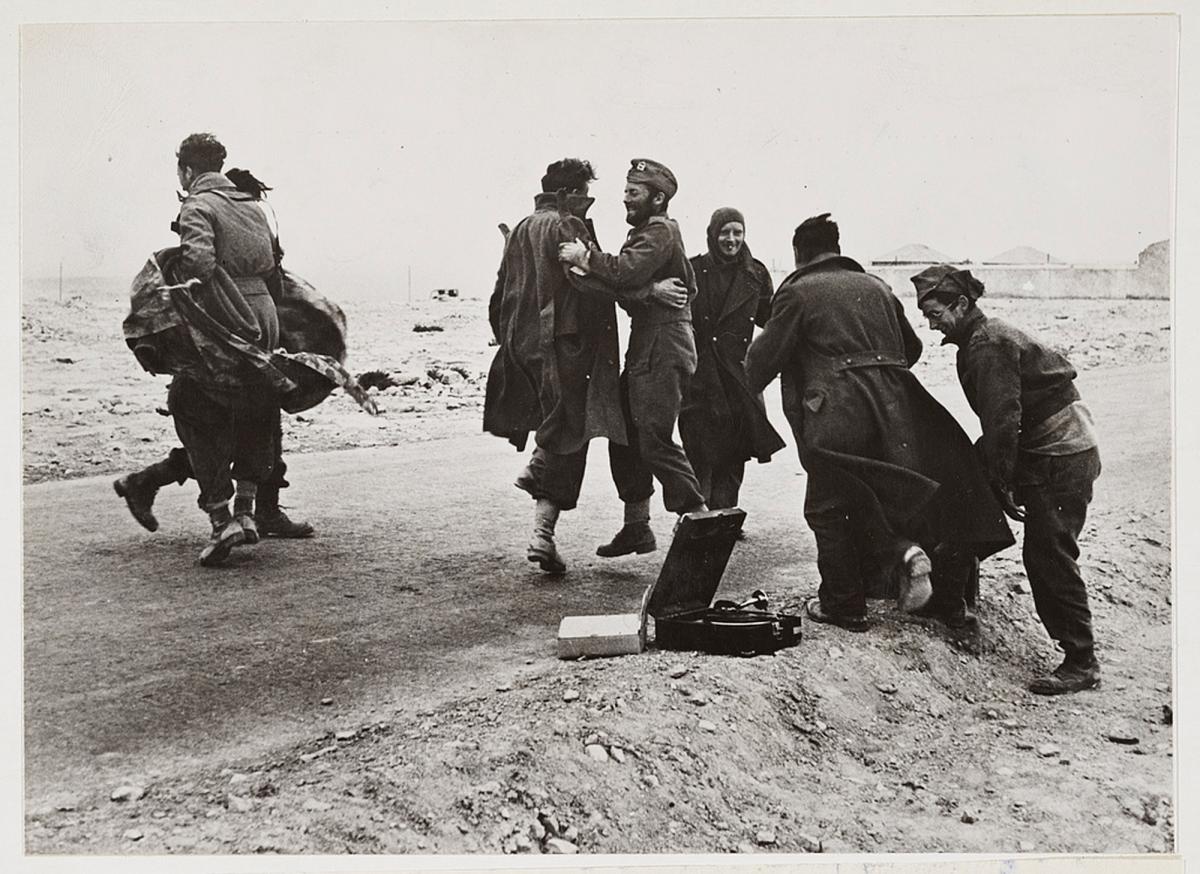 We would not cancel the party.  We would gather.  We would not pretend that the shooting had not taken place nor that a whole community was grieving the children lost, but we would proclaim that even so, even so, there is a reason to celebrate.  There is a reason to celebrate particularly at Christmastime, when we gather to honor and remember the invasion of the Kingdom of God.  That’s what Christmas is, you know.  It’s an invasion.

The battle between good and evil could not have been made starker on that day, and this looked like a victory for the kingdom of darkness.  Jesus, the light of the world, had entered the darkness and brought the light.  His unending life signaled the end to the rule of evil and proclaimed the ultimate victory of the Kingdom of God.  Yes, a battle is raging, but Jesus has won it and we are invited to proclaim it and enforce it.
When everyone had gathered in our home that night, we paused and prayed and in silence honored the children lost and the families forever changed.  And then we turned our hearts to the One who is our Hope in the face of loss and untold grief.  Because of Jesus, his death, his resurrection, and his ascension—because of his victory, we chose to honor him and celebrate all the goodness that he has won and is winning still.

We feasted.  We talked long into the night by candlelight and Christmas music.  We lingered in one another’s presence, drawing closer to the fire of each other’s hearts than we might otherwise have done because of the pain.  We were defiantly joyful.
Defiant joy is very different from mere defiance.  And it is completely other than denial. 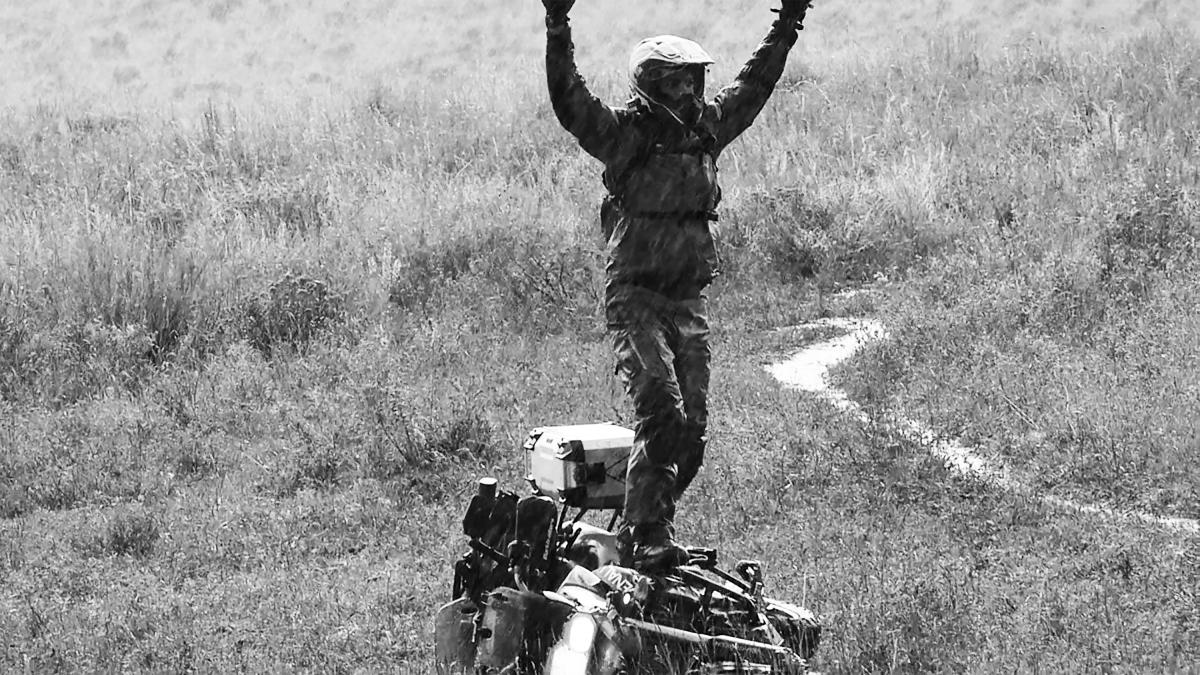 Ignoring reality does not breed joy.  Pretending that what is true does not exist is not holy defiance.  The seeds of joy are firmly planted in the pungent soil of the here-and-now.  Joy embraces all the senses and is fully awake to the sorrow, the angst, the fear, as well as the laughter, the wonder, and the beauty that is most presenting itself in the moment and says, “I have a reason to celebrate.”

Crazy, right?  Sounds like God.  A God who laughs at the sneers of the enemy and stares suffering in the face and proclaims with fierce love, “You do not have the final word.”  And as he does, he captures our deep hearts with a hope that defies death.

Defiant joy. It is a weapon we have added to our arsenal, here on this side of heaven. We thought you might need some too.

Traveling by Train up A Story Worth Living