Brett Axton is a colorful character—cowboy, entrepreneur, big game hunter with an uncanny knack for telling people about his faith. He’ll get guys out in the field on crazy hunts and use the long down-time to talk about God. The game room at his house looks like the Museum of Natural History. When he’s not chasing animals all over the planet, he runs Rocky Mountain Roosters, an upland game bird club here in Colorado that we enjoy. He’s also a conservationist. Padre and Morgan went to the Yukon with Brett on an epic bow hunt for moose back in 2013.

We ran into him last fall, and when we heard his tale of a Stone sheep hunt in British Columbia so filled with the wild and supernatural, we knew we had to share it with you.

And Sons: Let’s start with context, the larger story—you’ve been chasing the North American Grand Slam of sheep hunting for two decades. What’s that?

Brett Axton: The Grad Slam is harvesting all four of the wild sheep species in North America—Dall, Stone, Rocky Mountain Bighorn, and Desert Bighorn. Less than 2,000 people have ever done it. My first sheep hunt was for Dall in Alaska; I won that hunt in a raffle back in ’03. Most sheep hunters pay big dollars to get into the game, but I’ve done it all the way of the average guy. In ’08 I drew a public land bighorn tag here in Colorado in the general lottery. I thought I was on my way to the Grand Slam, but in 2011 I was thrown from a horse and broke my back. I thought I’d never hunt again. 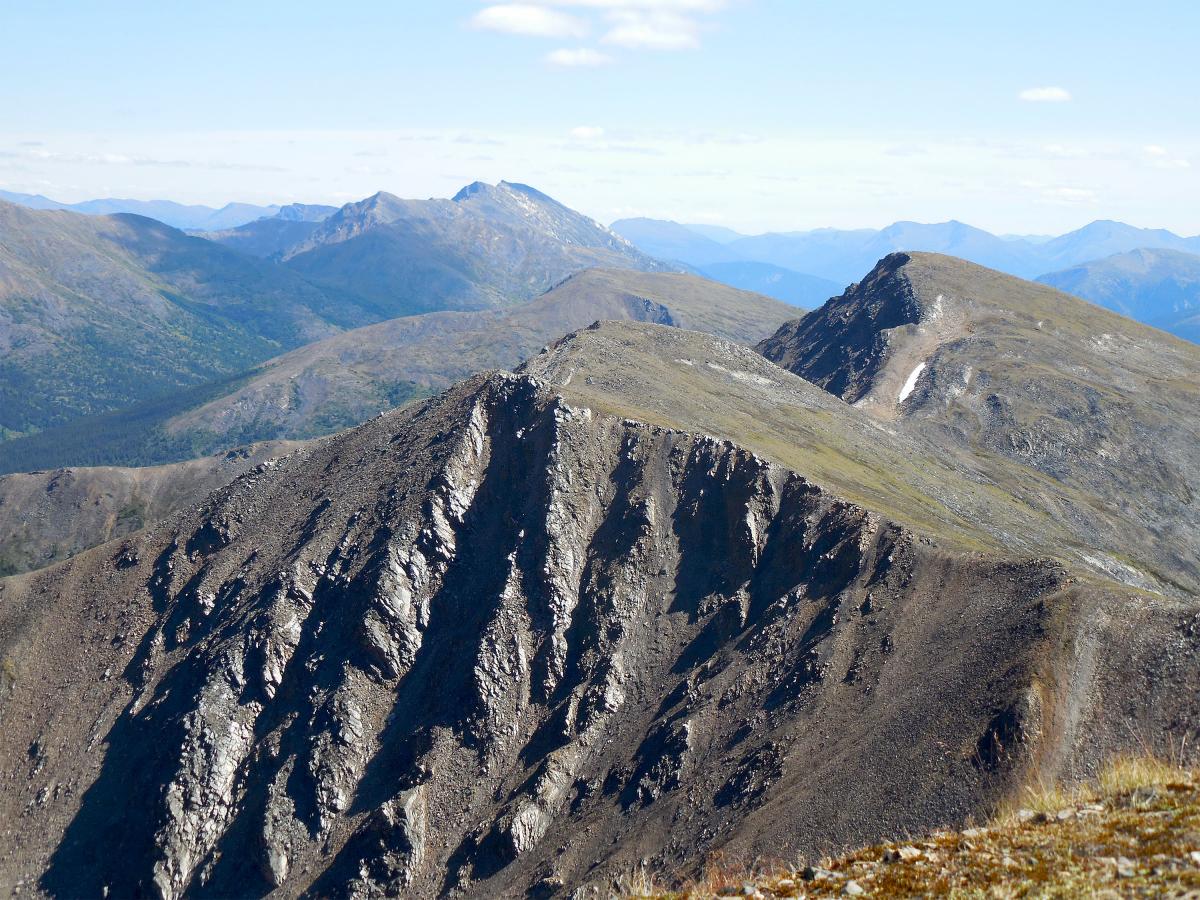 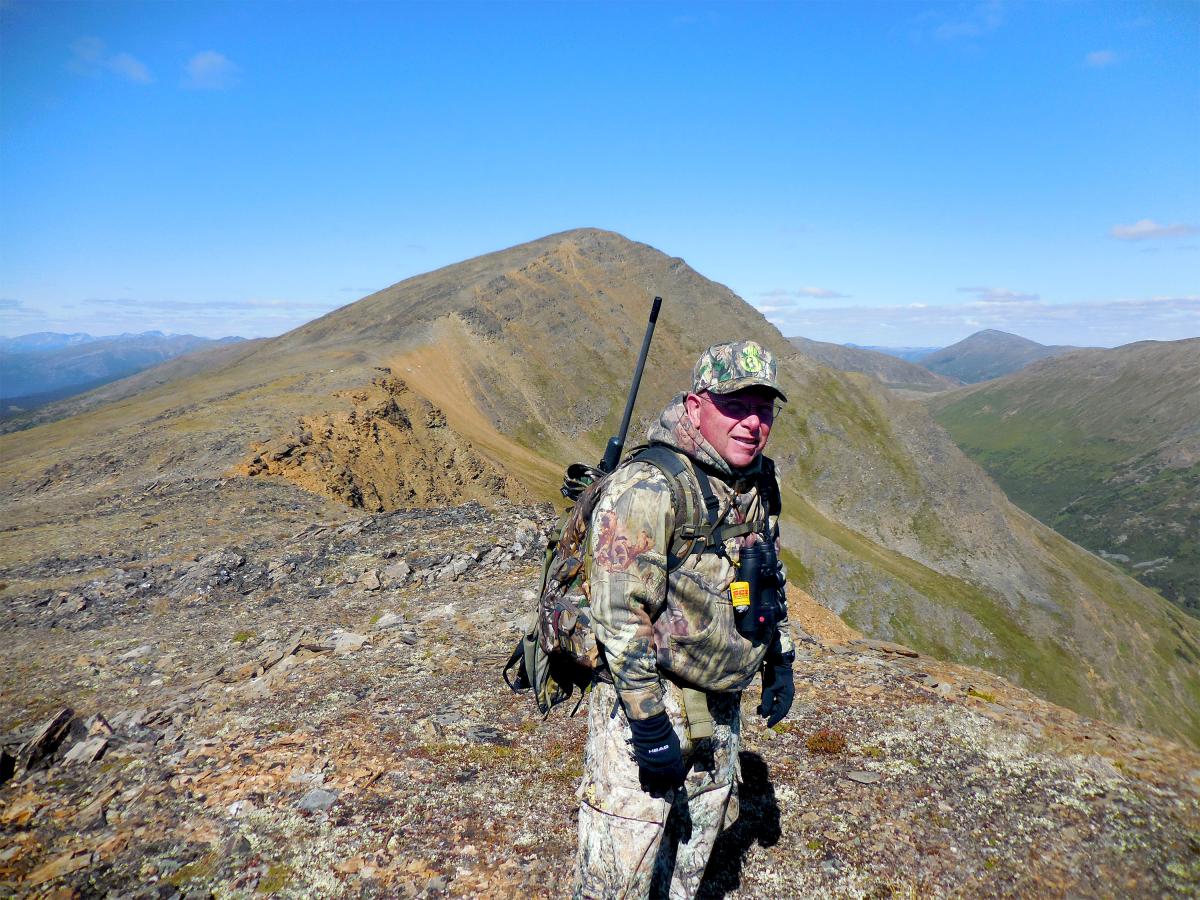 AS: That sounds awful. We’ve got some horse injuries too. How long did recovery take?

BA: I was literally on my back for eight and a half months. But God restored me, and in 2014 I drew a public tag for desert bighorn here in Colorado. When I harvested my third sheep I called my wife to tell her and she said, “Then you have to go after the Grand Slam.” Honestly—I wouldn’t have done it if she hadn’t encouraged me. Sheep hunting is brutal; it beats you up physically, emotionally, and psychologically. I had already put in 56 days in the field chasing stone sheep—three hunts and never even saw one. Besides, I hunted 185 days the first year of our marriage, and I kinda needed to put first things first again.

AS:  One hundred and eighty-five days? 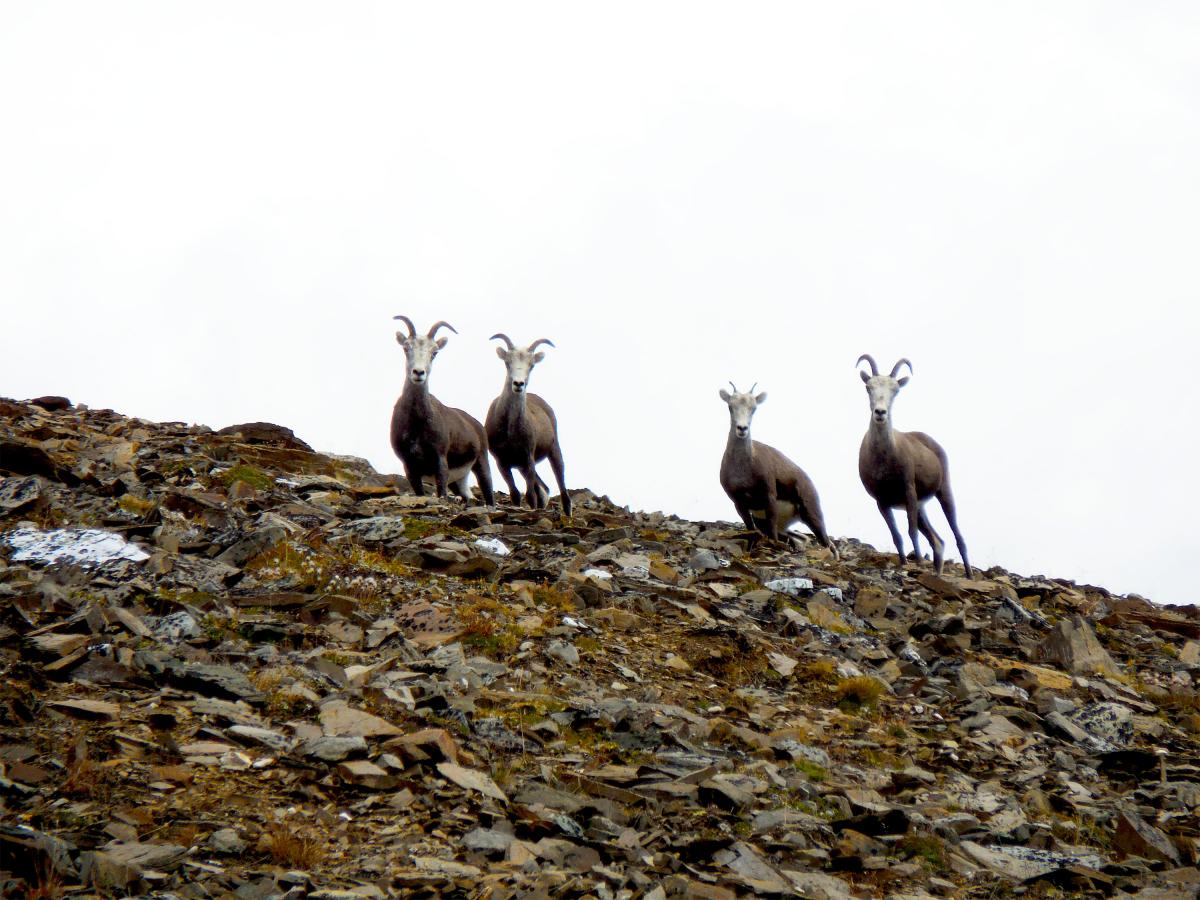 BA: Yeah. I was 45 when I got married and kind of set in my ways. My first date with her was bear hunting, so she sort of understands, but yeah—I needed to rein it in.

AS: Not many guys have that first-date story.

BA: Our honeymoon was an African safari. I called it a huntingmoon. But that’s for another time.

AS: Okay—get us into the hunt itself, and how your deceased father showed up in your dreams and, well…we don’t want to spoil the story.

BA: I grew up hunting with my dad. He’d teach us boys where to find water, what plants were edible; I have a lot of sweet memories of being with him in the field. He passed away 18 years ago, and I still miss him. Anyhow, I was on my fourth and probably last stone sheep hunt up in British Columbia. Bush plane in, then 30 miles in by horseback, and then you’ve got to be willing to hike 3,000 vertical feet up and back every day looking for sheep. Rugged terrain.

AS: King of the StairMaster, huh? 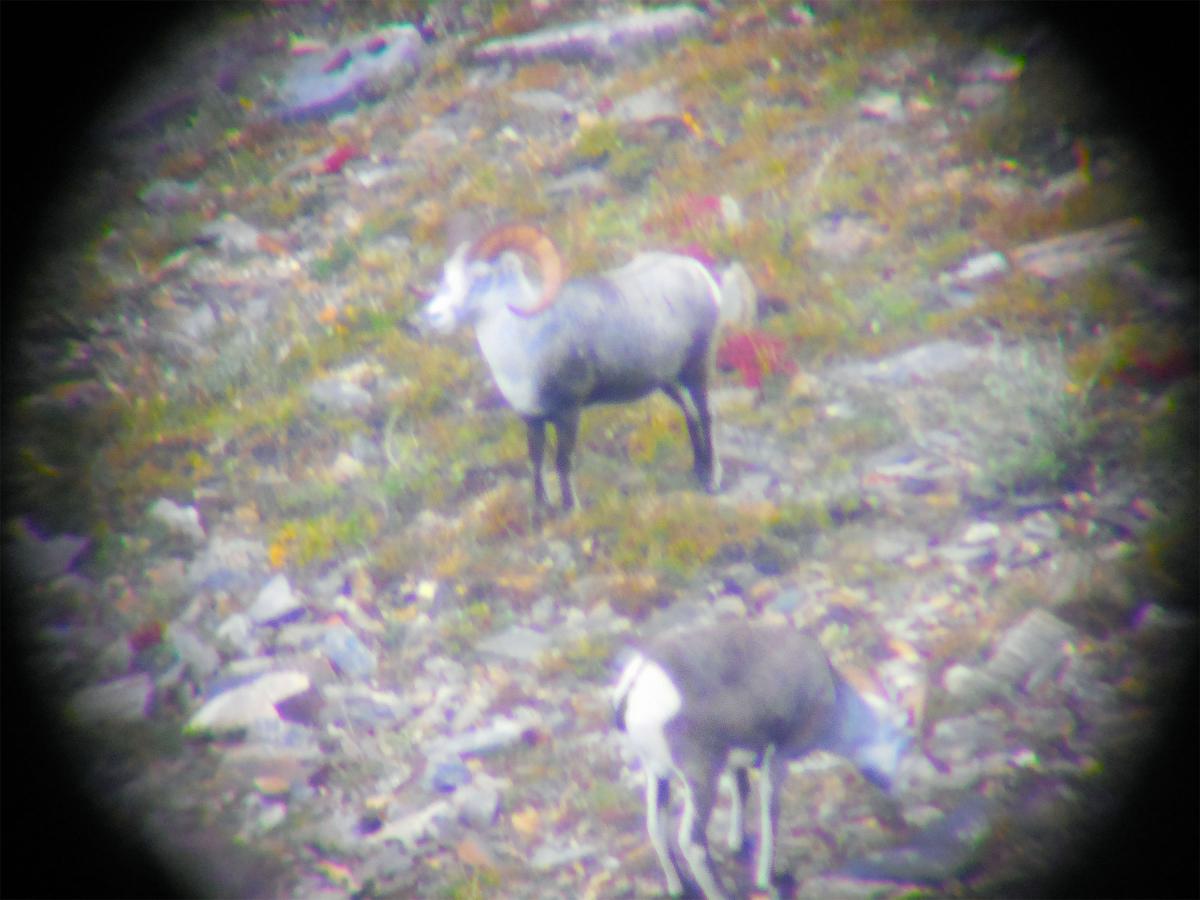 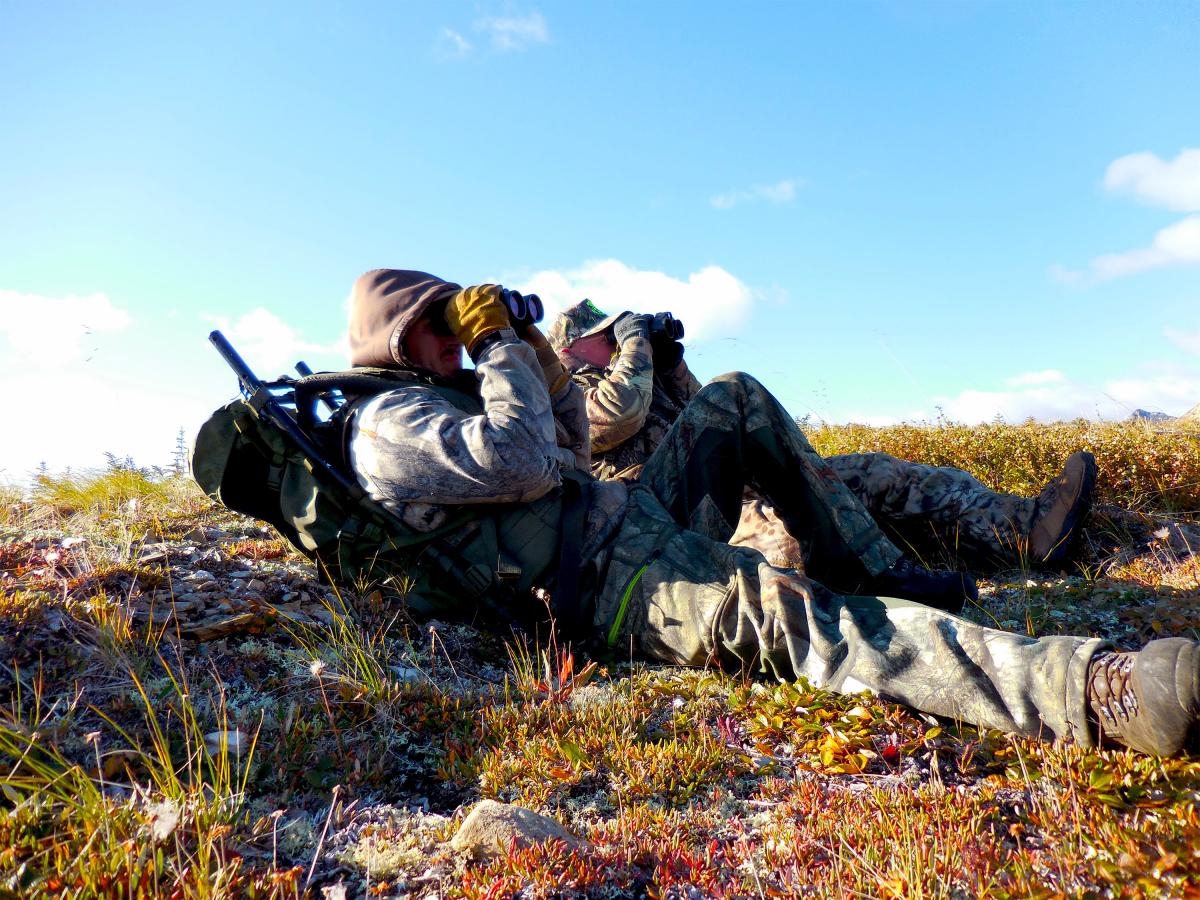 BA: I lost 11 pounds getting ready for the trip, and I’m not a big guy to start with. We spent four days hunting sheep on one mountain; then we ran into a couple other hunters who had hiked into our area, so we decided to pull out and head north. This is a 14-day hunt, and the days started ticking by. We had to pack out, take a floatplane to a new region, get new horses, head back in. My guides were an older fellow named Denny and a 16-year-old kid named Kevin. They were super uncomfortable when I’d pray out loud each day. Heck—they were as nervous as a whore in church.

BA: Wouldn’t you be? We ride deep into a new set of country. No sheep. The weather starts to turn. Snow comes in; it starts to get cold. On the third-to-last day we found some sheep, but the wind was wrong and we would have to spend the day descending an additional 2,000 feet, circling eight miles all around the mountain and climbing back up. I prayed out loud that God would send in a cloudbank, and I swear to you, in about three minutes clouds came over the mountain and we were able to cut straight across. Turns out some grizzlies spooked those sheep so we never got on ‘em. But my guides are now really twitchy over the God thing.

Now we’ve got two days left. We climb up the mountain—brutal climb—and weather comes in. Windy, snowy, rainy. It was really slick on those rocks and the guides say, “We gotta get out of here. We’ve got one more day.” So we come down in rain, horrible, horrible storms.

Now we’re down to one day—my last day. Probably ever. 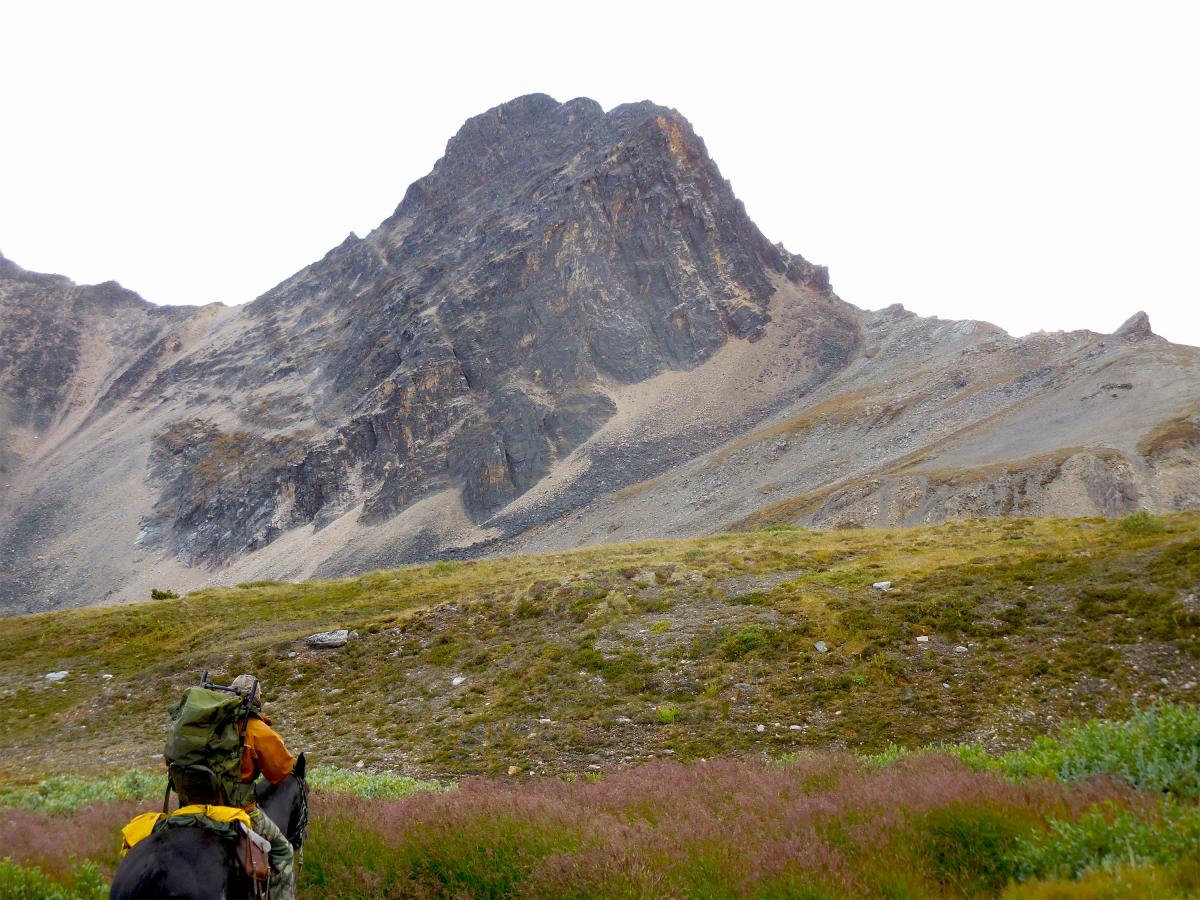 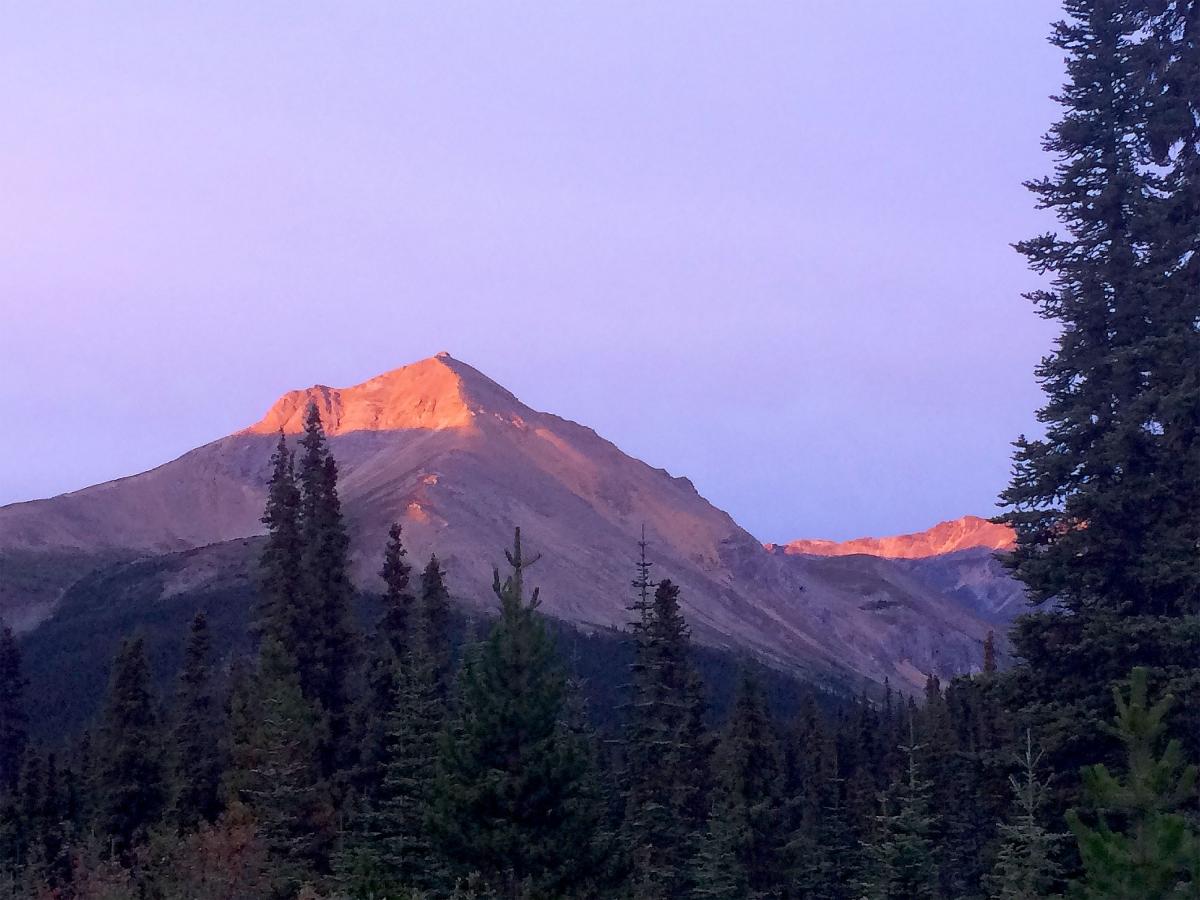 That night I had a dream of sheep hunting with my dad; it was just like the old days. He showed me exactly where to go—that once we climbed the mountain there would be a big cut in the rock, and if we crawled through and looked over the edge, we would see two rams. They would be about 999 yards away. He then showed me how to go around the mountain, to get into position. When I got there in my dream we were 283 yards away—a perfect shot opportunity. We got a ram, and in my dream it started raining. When I woke up that morning at 4:00 a.m. I told my guides, “Today is the day. Here is what is going to happen—we are going to find a big cut in the rock; we’re going to crawl through and look down and there’s going to be two sheep there…” and so on. “And after we get the ram it’s going to start raining.” They looked at me like I was stone cold stupid.

AS: You aren’t the average hunter, you know. 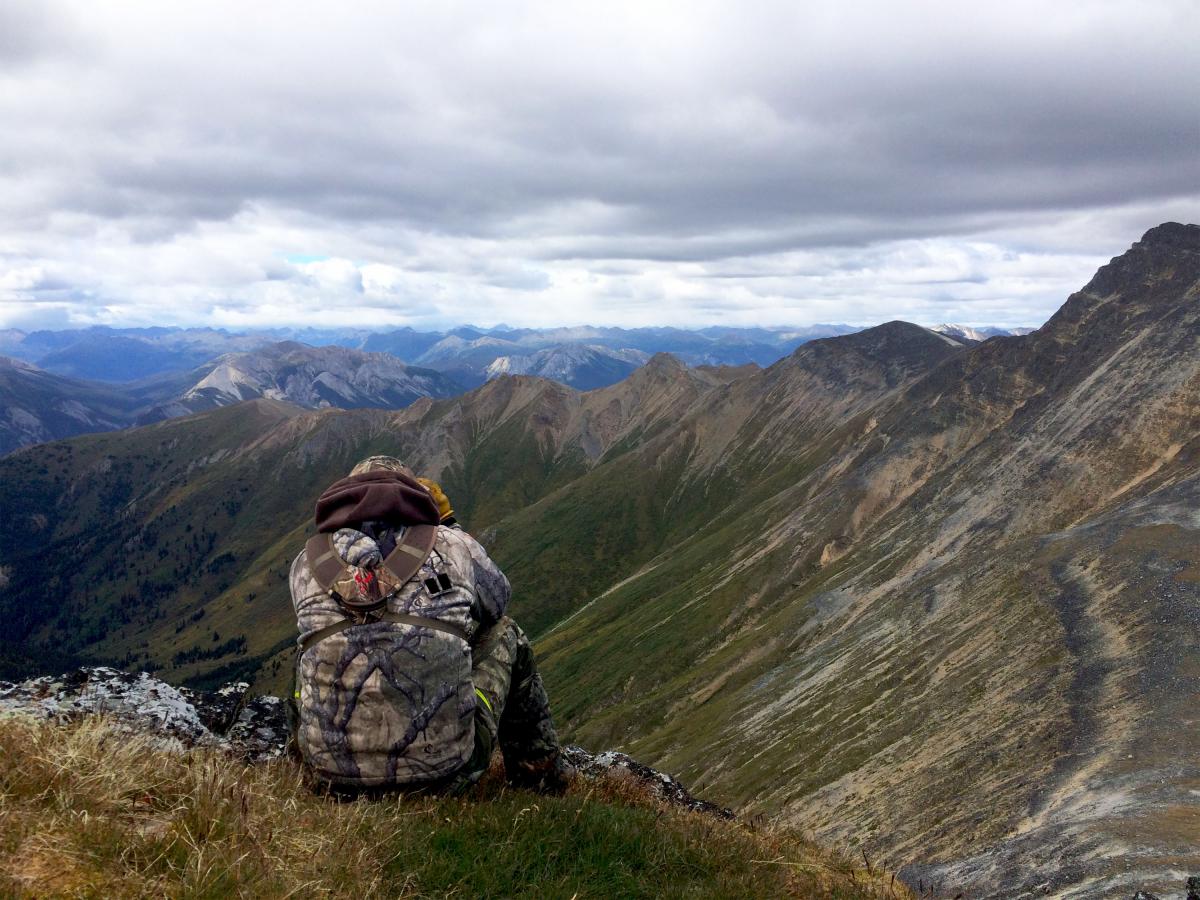 BA: Well, you should have seen their faces once we climbed the mountain that morning and there was the cut in the rock, just exactly like I described it. I’m getting chills just telling you about it. They looked like they’d seen a ghost. Everything got real quiet. We crept through, looked down, and there were two rams…999 yards away. These guys are now freaking out. I’m just like, “I told you.” We went around the mountain and I’m seeing everything just like in my dream, and when we got into position the rams were 283 yards away.

BA: I go to pull the trigger and...nothing. I quickly eject the round, put another in and take the shot, and over he goes. After we went down to get the ram, it starts raining.

That night, back at the cabin, we roast up some backstrap.

AS: Just a note—we’ve had stone sheep once before, and it is the best game meat we have ever tasted.

BA: As we sit down to eat, everybody is real quiet. Then Denny says, “I think we should pray and give thanks, you know?” That was him—not me. As the evening wore on, he then asked me to tell them about my God. So I began to talk about my faith, and they asked questions. We were up nearly all night. About three in the morning they both gave their lives to Christ. It was then I realized the whole hunt hadn’t been about the sheep at all; it was about this moment. 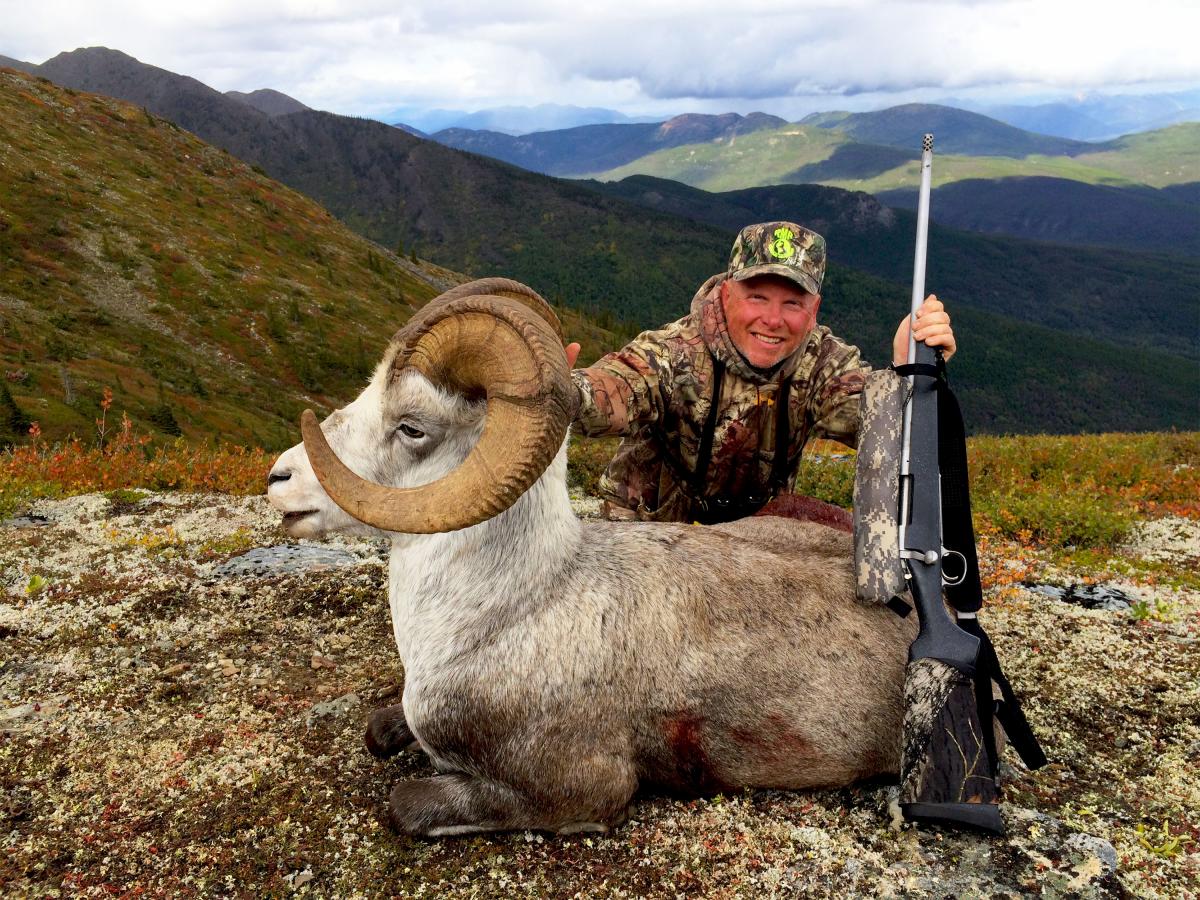 23 up The Beauty of Space Tourism