Over the past year we’ve received some pretty incredible stories from men and women who are fighting for justice in the U.S and around the world. We’d like to share a few of their stories with you. This month we feature an interview with a man we’ll call “Nick.” He asked us to be discreet with his identity because of the dangerous nature of his work rescuing trafficked children in Southeast Asia. It is important we keep his identity private, given where he goes and what he does.

And Sons: How did you find yourself in one of the darkest corners of the earth, pulling children out of the sex trade? What's your story?

Nick: There’s quite a story.

AS: There usually is. We have time.

Nick: I was a police detective on the east coast of the U.S., and only a few years from full retirement. Life was good and comfortable. My wife and I were deeply involved in our church. We felt a calling to missions, and it seemed logical that the time frame would be after all my retirement benefits were collected—just four short years away. God apparently had other plans.

AS: Yeah, that seems true for a lot of us. What happened?

Nick: During my last five years of police work, I was selected to be a part of a Federal Task Force that investigated online child exploitation. This job consisted of investigating the trading of online child pornography. The videos and pictures crushed me. I was a seasoned detective with over 17 years of experience when I started the task force, but I needed to re-callous myself to a whole new level of heinousness. The victims in the traded child pornography aren’t young women and men, they are children—most under the age of 12—who are forced or coerced into sex acts with adults. God has always called me to be a protector of the weak, but now my heart began to burn for a deeper justice for children.

A pastor and friend knew of the work a child trafficking organization and suggested I check them out.  Skype meetings turned into plane tickets and a visit to Southeast Asia.

Meeting the founders and missionaries was a good experience; meeting the rescued children was life changing. One of the most poignant moments of this scouting trip was during a corporate prayer time that includes all of the organization, even the rescued children. An eight-year-old girl quietly approached me, laid her tiny hand on me, raised her other hand, and began to pray for me. I was so deeply moved, all I could do was sob and listen to her soft voice reaching out to Jesus. I strongly sensed God speaking to my heart, telling me, “You’ve been chasing after justice your whole life. This is what my justice looks like.” This child was pulled from her situation by disciples that followed the calling of Jesus. And now she was safe, healing, loved, and a prayer warrior for Jesus. 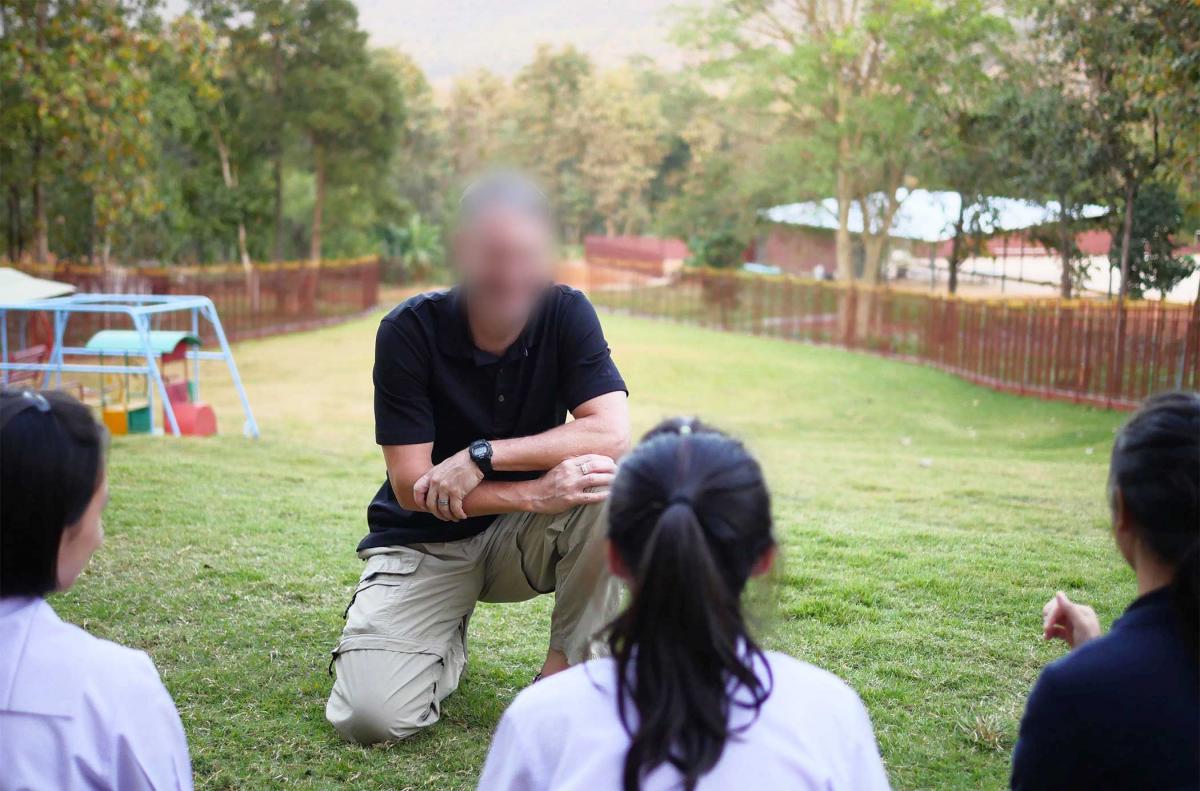 AS: We are speechless.

Nick: Me too. Upon our return home, my wife expressed that God was revealing to her that our calling was now. I took a “provider” stand and dug in my heels to wait until we’d collected all the benefits of retirement. I even created spreadsheets to show her how much we’d lose by entering the mission field before retirement. She wasn’t impressed. I think deep down I knew God was calling us immediately, but leaving behind a boatload of benefits made no earthly sense. I was white knuckling what I thought I deserved. God slowly began crushing my idol of comfort and financial security. At this time I was still deep in the other fight, executing search warrants and arresting child pornography collectors. But God was calling me to another battle where the workers are few.

I needed to make a decision. Lori was out of town; I had the whole weekend by myself to wrestle with God. The decision came down to a few moments while praying out loud. I remember saying out loud to God, “It seems like you are asking me to give up all I’ve worked for my whole life.” Once those words left my mouth, I realized how empty and entitled that sounded. I had forgotten whom I was speaking to, and I was struck with how spoiled I sounded. God answered me by speaking to my spirit so gently and lovingly, “You’re talking to me as if I don’t understand sacrifice.” I almost couldn’t breathe. There was no more doubt—the calling was now. I resigned my position, sold our house, and raised our first year’s missionary funds; within five months we were on a plane to Southeast Asia.

AS: Wow. That’s just so…impressive. And a little unnerving. What's changed in your view of Jesus and his Gospel since you got involved over there? 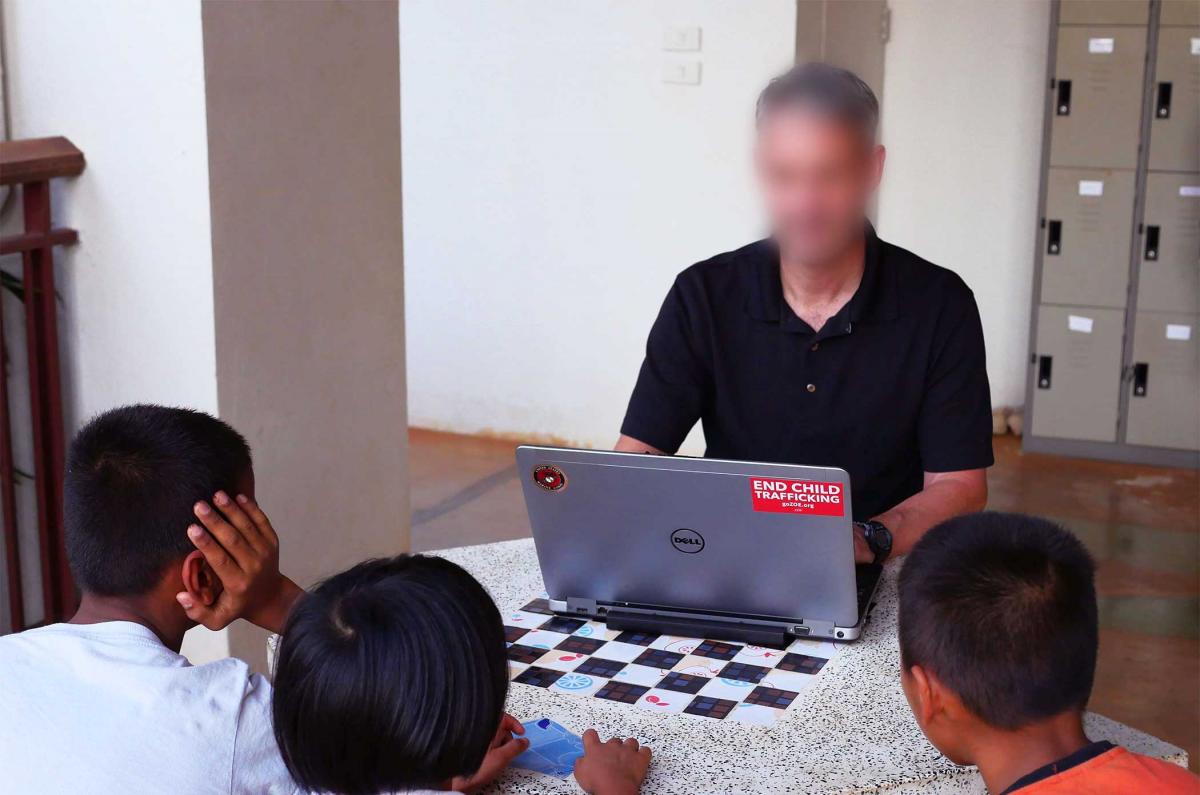 Nick: Two things. First, I’ve seen first-hand how passionate Jesus is about rescuing us. I knew this before, but now I have a front row seat to watching this take place. Jesus just doesn’t want these children physically rescued—he wants their hearts. Once a rescue is made and children come to the organization, I get to watch the transformation these broken little ones go through. It’s difficult, messy, and beautiful. There is nothing more rewarding than watching Jesus wrap his arms around an angry, used, and hurt child and pour his love into them through his disciples. Then as his healing begins to soften their heart, I get to watch them fall in love with Jesus. There is absolutely nothing better.

Secondly, he chooses to use us—his disciples—to get it done. This is still a mystery to me. Those were two facts that I knew prior to this work, but are now ingrained in me after just a year.

AS: If someone wanted to help, what can they do?

Nick: Prayer, first and foremost. This is dark work, and the enemy is deeply entrenched. “For our struggle is not against flesh and blood, but against the rulers, against the authorities, against the powers of this dark world and against the spiritual forces of evil in the heavenly realms” (Eph. 6:12). Support those in the fight any way God leads them to. I’ve seen more people come to Jesus in the past year than in my whole life in the U.S. The harvest is ripe, so I encourage anyone to get involved in any way.

AS: Many of our readers are ready to drop it all and go like you did. What counsel would you give them before the "jump"?

Nick: I would tell them to make sure the calling is from God. Pray, seek wise counsel, and pray some more. Discerning the call is part of the journey, and it should be treated as their indoctrination. Jesus downloaded a huge part of his heart to me while I was processing whether or not he was calling me to Southeast Asia. During the discernment process there was this pulling, calling, and drawing me into this fight. Now, when times get tough, I keep going back to that sweet time Jesus and I shared. Because honestly, many days it feels like I’m getting my ass handed to me by the enemy, and without the affirmation that Jesus called me here, I’d be struggling.

Secondly, if they jump—go all in. Hold nothing back. Use the example of the obedience of Jesus in the garden and go. Just make sure you are strapped in first…

Editors: You can see why we titled this article “Speechless.”