All we want to do is ask, “Did you see the end of Star Wars: The Force Awakens???”

[Spoiler Alert: If you just emerged from that yearlong coma and haven’t seen the movie yet, pause your reading here and go.]

For the rest of us, you’ll recall that Luke Skywalker makes only a momentary—but oh-so-mythic—appearance in the last two minutes of the film. Rey has used the recovered map to find the Last Jedi Master in the ruins of the First Jedi Temple. Poetic. And where, exactly, is Luke standing? On Skellig Michael—one of the most epic of all ancient Christian monastic sites. As we reported on our own pilgrimage there back in the September 2014 issue…

Seven miles off the rugged west coast of Ireland a wild fang of an island juts out of the sea. Its sheer flanks are uninhabited for all sane reasons; only seabirds live here, and only in summer, when the fierce North Atlantic storms have subsided. But to 13 men this was just the place. Sometime in the late sixth century, after Rome fell and the continent plunged into a barbarous age, a band of Irish brothers paddled for five hours in a small handmade boat to reach this island; they ascended the east slope and near the brink, on the leeward side, they built stone huts and called the place home. 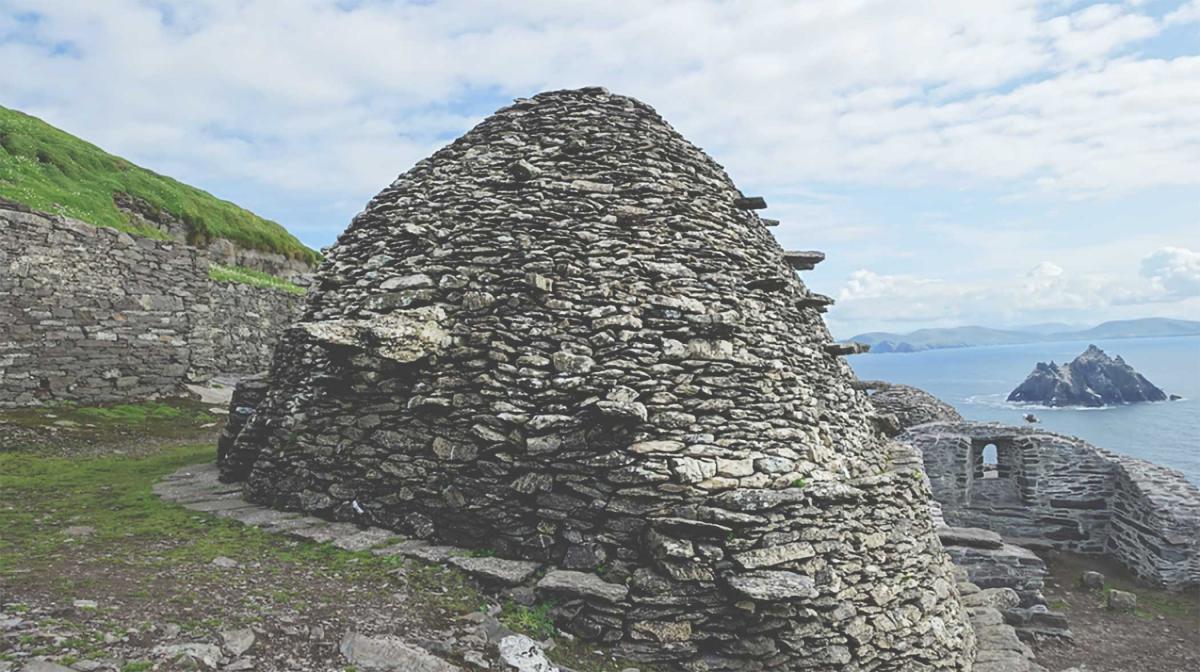 They were monks and they seem struck with madness.

That is, until you understand the wild, wonderful blend of Christianity and the Celtic warrior.

In that article we were hoping to explain the mythic allure of Celtic Christianity.

The Celts of ancient Ireland—like their brothers and sisters in Wales and on the continent—were a fierce and heroic people. They scared the bejesus out of the Roman legions because they would strip buck naked before battle and rush the field screaming and singing. They practiced slavery and human sacrifice; they were often at war with the clan next door. They thought the earth itself was sacred, and nature filled with spirit.

So when Christianity reached these wild Celts, they took to it like a duck to water—because they already understood the need for a heroic story in which to live; they loved the earth which this creator God had made; and they were ready for an epic battle against evil.

This time around we’d like to connect some dots. 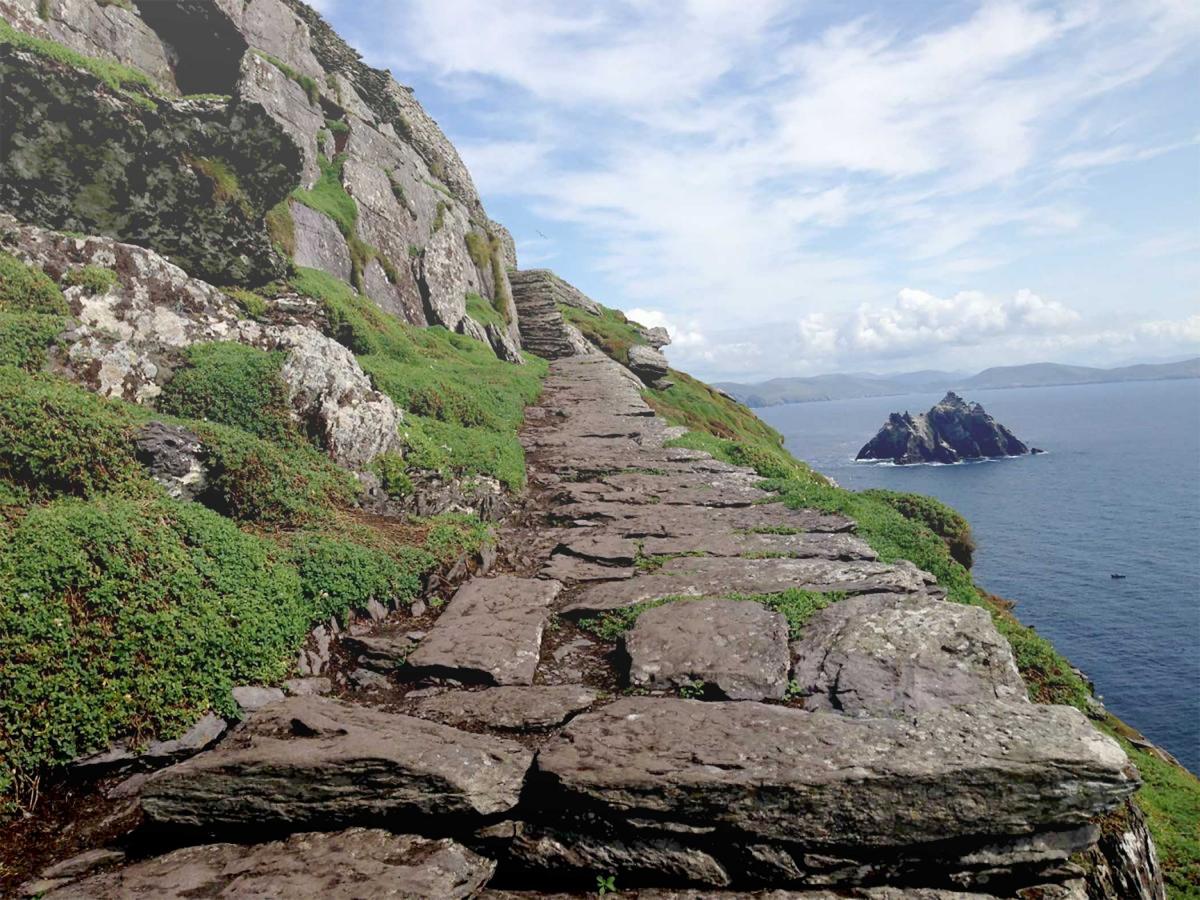 For 40-some years now millions of young boys and girls have donned a bathrobe and pulled out their birthday-present lightsaber in order to “play Jedi.” Grown men keep lightsabers in their cubicles at work, and even without the weapon, everyone knows exactly what they mean when they simply make “the sound.” (Why can we all make “the sound”?) You can sign up for actual classes in lightsaber combat and—we don’t recommend this—if you lift the Internet lid on “Jedi,” you will discover a labyrinthine and very serious underworld that can only be called a cult, complete with massive “historical” records, avatar identities, fantasy plots and…you get the idea.

Why does the mystical elite warrior hold such a mythic pull on the human heart?

It’s a question worth wondering about.

Back to our first article:

Taking the model of Jesus and his disciples, they [the early Celtic Christians] set off in groups of 13 men to remote outposts like the outcrop called Skellig Michael—which they named after the great warrior-angel Michael. (A very Celtic act: they did not choose Gabriel, the annunciation angel; they chose for their outpost the name of the greatest warrior they could find.) In these untamed places on the edge of the known world they founded little communities of warrior monks, who through their prayers and discipleship felt they were doing their part to battle the dark forces bent on the destruction of mankind.

When the gales blew outside, they took refuge in their stone huts, studying the scriptures and practically saving civilization, according to Cahill, by copying manuscripts and preserving learning when the barbarians pretty much burned down every library in Europe. Here on this remote outpost, a community of brothers lived out a fierce kind of faith. For more than 500 years. (The Incan empire, by contrast, lasted about 300 years.) 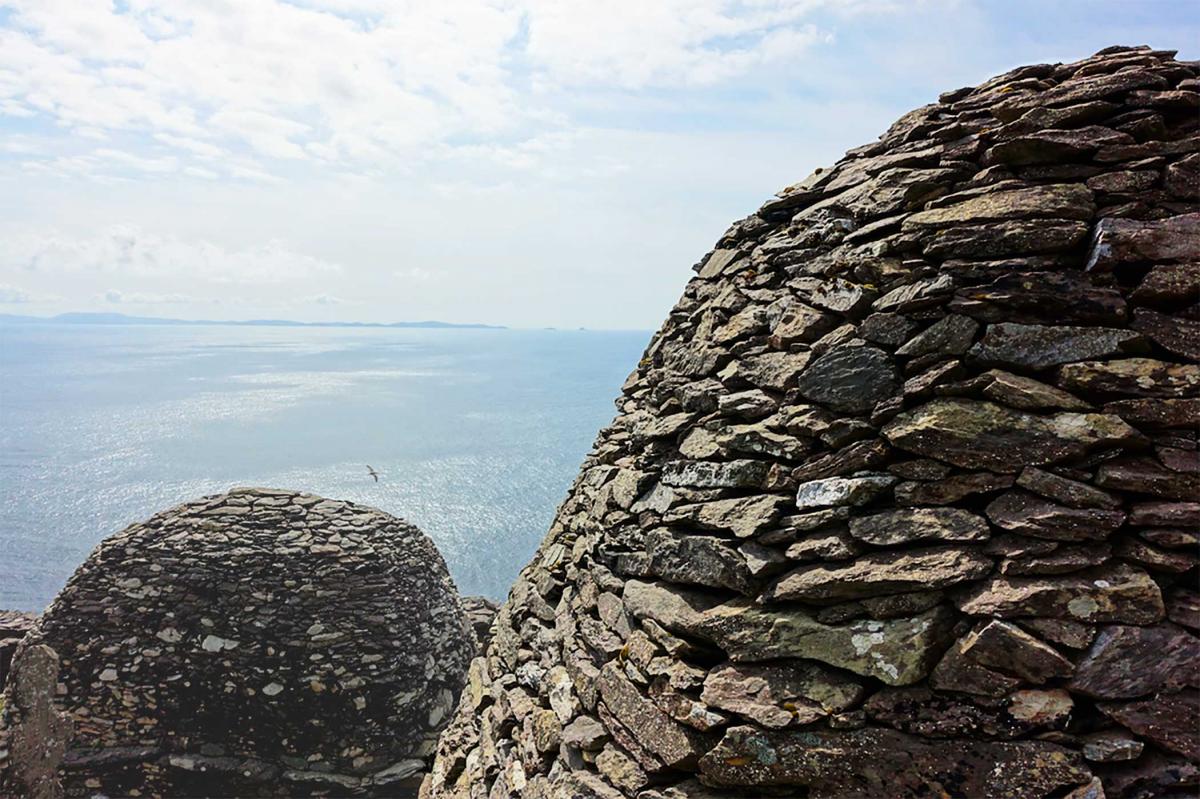 It was full-blown adventure—survival skills and all—but with a purpose. Something heroic for God.

We felt a kind of continuity with these Celtic Christians. For though the ages have passed, the story remains very much the same: the world has been hurled into paganism; the battle with darkness rages; God can still be found in the wild places; and there are still epic things to be undertaken for the kingdom.

Now, just in case we all missed the connection, we suddenly have the Last Jedi Master standing on Skellig Michael, standing by an ancient cross, for heaven’s sake (down at his feet—did you notice?), in the place on the island called Christ’s Saddle.

Look—we’re not going to go conspiracy theory on you, but if you have any modicum of belief in the sovereignty of God, if you have some understanding of his love to speak through epic stories, you’ve got to do something with this information. For 40-plus years the Star Wars canon taps into this famished craving for the mystical elite warrior. Suddenly we have a new Star Wars movie. Having seized the attention of the world, we are given—sovereignly and cunningly—that final moment of the iconic Jedi standing by a cross, right smack dab in the monastic island of the archangel?

Whatever the Internet subculture may say, the Jedi are fantasy. But the icon is tapping into something very real and far more substantial. As C.S. Lewis said, “If I find in myself desires which nothing in this world can satisfy, the only logical explanation is that I was made for another world.” 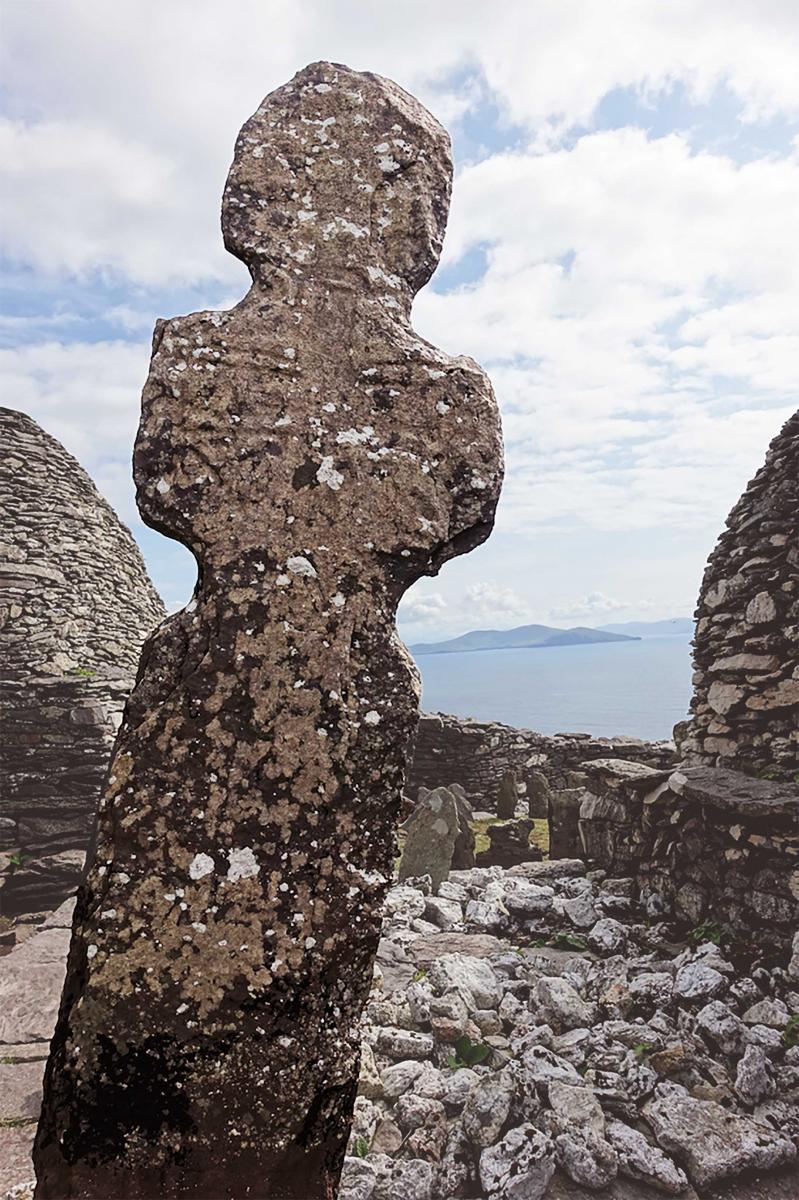 Surely you understand by now who the historical Jedi/mystical elite warriors really are. Not the postmodern doubt-is-the-last-virtue coffee house Christians who have no access to the supernatural and don’t want a battle with evil. (I love the dialogue at Maz’s table, in her cantina, where she says to Han, “You’ve been running from this fight for too long.” And Finn says, “What fight?” To which she replies, “The only fight that matters: against the Dark Side.”)

No, right at this point of the emasculation of the Church, the loss of the warrior and the rampage of evil on the earth, God photobombs the last scene of the movie to say, This is what you are looking for.

Serious devotion to a discipline; uncanny skill at reading the unseen and the future; depth of character that cannot be turned by the world around them; ability to tap into supernatural power (the power that holds the universe together) in order to do heroic deeds—typically kicking the ass of dark forces bent on destroying all that is good. The mystical elite warriors have been among us in the past. They are among us still.

22 up An Ordered Life