Most of my memories of sledding were borrowed from the third chapter of a novel by Laura Ingalls Wilder, and no experience I ever had lived up to them, except one—there was a sledding hill in Washington that tipped, cataract-style, onto a busy street. The rider had to abandon the sled at speed and leap, arms far apart, into the snow so that the bystander at the top of the hill beheld something like popcorn kernels skittering downhill before bursting into fullness several yards before the street. Still, as for most people, sledding still meant uninspiring inclines onto the track fields at nearby schools.

Then, several months ago, I was in the north Cascades with my wife and mother-in-law to do some peak season snowshoeing. It is well known to residents of the state of Washington that the Cascades are a geological sieve, a winnow designed to wring snow from the damp penumbra of the ocean. It was just after Christmastime, and Stevens Pass had received upwards of 110 inches in the past seven days, an exceptional comeback from an underwhelming fall. 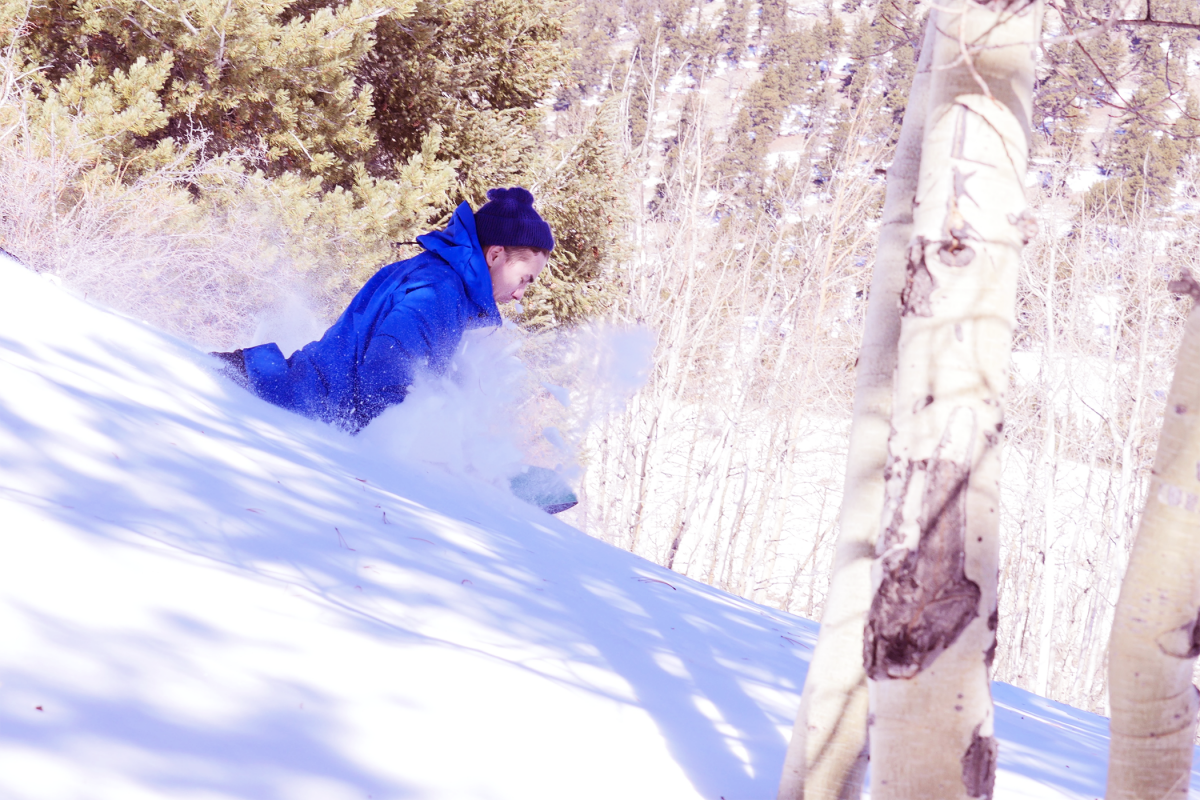 The highway was overshadowed on either side by walls of snow, and the trees were covered with hard rime. I’ve always loved the word for the frozen fog that builds a crust on alpine trees. It’s a downright literary description of the congruity between summer trees and their encapsulated winter counterparts: they are alike in form but not in meaning, like rhyming words. Anyway, the upper sections of the mountain were covered with the stuff, and we arrived in it in the late afternoon.

Being near a ski resort, we had our pick of groomed cat trails and chose the steepest. Laura—that’s my mother-in-law—is one of those people afflicted with the explorer’s conviction that the best view is always vanishing one ridge ahead, and that the only way to catch it is to take the steepest trail. She got no complaint from us: the trail was wide and packed tight, and we stashed our snowshoes and charged ahead.

In a short time, we achieved the lake, but the sun had gone, and so after a quick hurrah, we turned to leave. Laura, digging into her pack, pulled out a rolled cylinder about the size of a sleeping pad, which she unrolled and separated into three distinct pads. 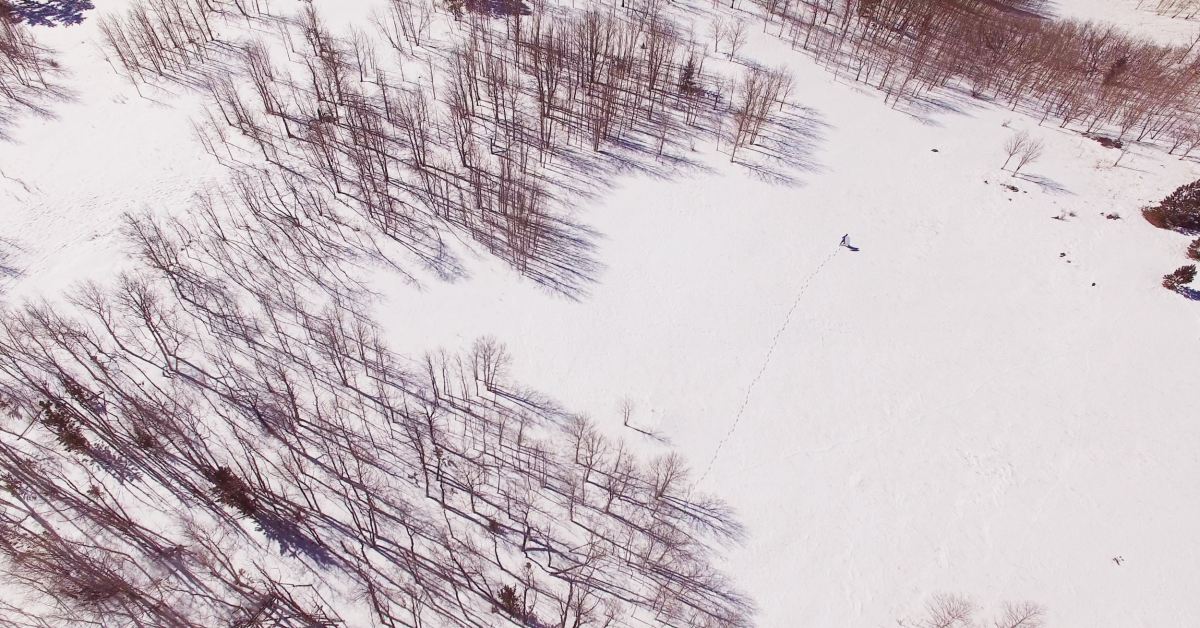 It was mostly true. They were sort of the impression of sleds: thin slices of foam with a plastic veneer on one side, crumpled, still, with the memory of packing. Em and I took ours and were holding them, wondering how to get on, when Laura lay down, headfirst like a penguin, and started immediately to drift away on the slight incline as though driven by her own propulsion. It was outstanding: headfirst, the sled almost imperceptible, the snow inches away and racing by, like luging. Lugers, of course, have learned to do it the other way, but we didn’t have the option, and anyway, it loses a large part of the effect.

We had just made it, wet and laughing, to the first cat track switchback and were turning down another incline when we noticed the powder. It was obvious: the track, which turned against itself every hundred yards, cut out triangles of backcountry snow too small to interest skiers. Under ordinary circumstances, I would have had second thoughts about entering it, but this snow was basically extra. I knew what I had to do. The sled was on the lip, teetering, and then it fell away. 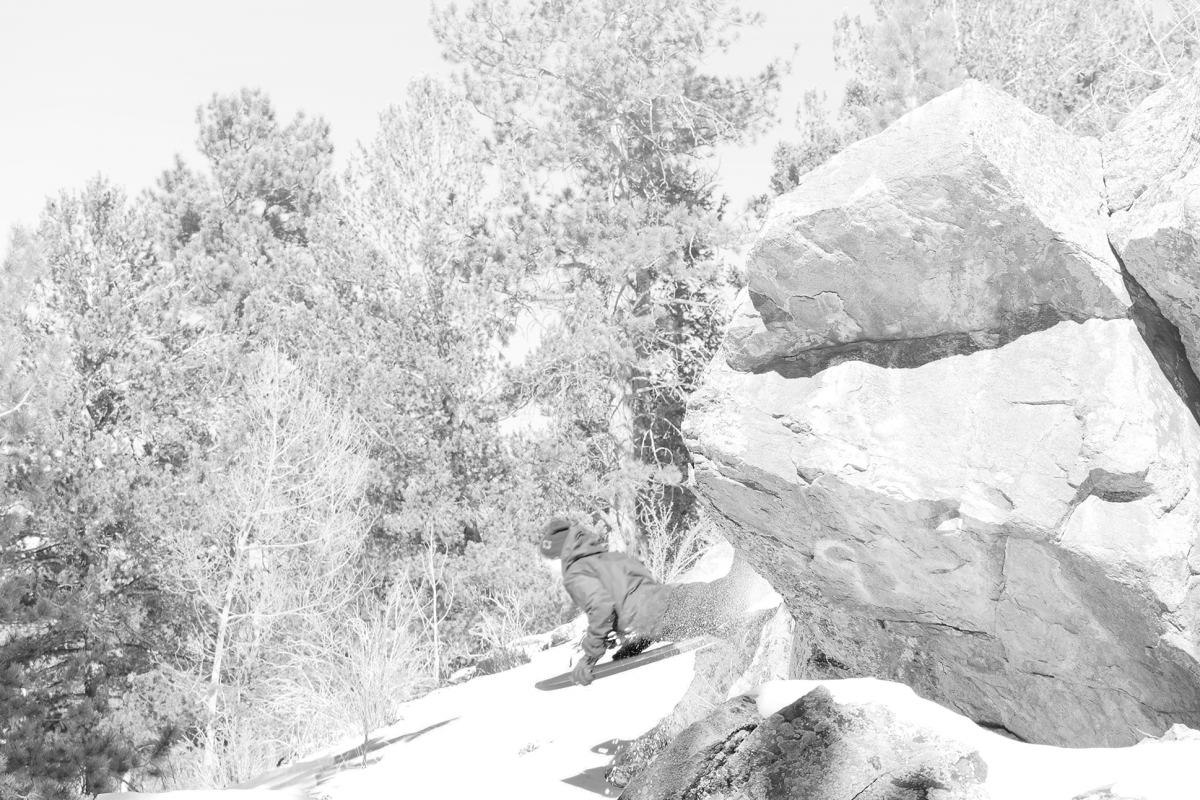 On skis, you can float through powder, but on a sled, you fly. I admit, it’s not very easy to see. The outings will probably be short, because I can’t see any way to stay dry with the top of your jacket leading the way. And still, the experience is almost transformative: deep powder slows you down so that you don’t kill yourself; a steep grade pulls hard enough that you still move. It took all of 10 minutes to get back to the bottom, and at the end of it, we were glowing. Since then, my eyes have been opened to the glorious and ultimately peculiar world of backcountry extreme sledding. I’ll sometimes swap a rolling sled for a boogie board, especially in bad conditions, but the point remains the same: sleds, in the mountains.

Of course, sledding the backcountry has a few boundaries. Like, you can’t really do the backcountry, because you can’t steer, and that makes trees basically insurmountable and helmets a good idea. More importantly, you need all the same backcountry etiquette, like, don’t destroy good lines, and don’t perish in avalanches. And actually, I haven’t made very many outings just to sled in the mountains. It’s a peripheral activity. But I do make quite a few to snowshoe, and now, bring a small, rolling sled in my backpack, just in case. In those rare moments, when the country opens up, and the powder is thick enough to soften a wipeout, the rewards of sledding the side country are tremendous. 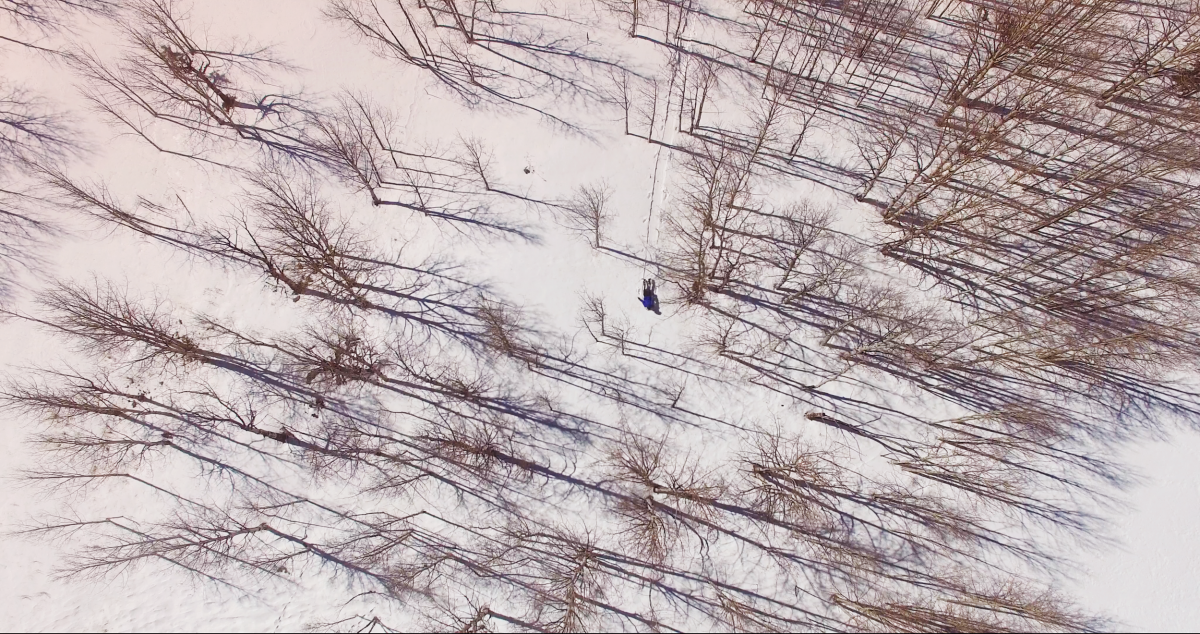