Shame and the Buck

I hit a deer the other night. While driving my motorcycle, I might add. I know of several other riders who have had this happen. Driving in Colorado seems to be a sort of Russian roulette with these large-eared mule deer. Eventually you’ll hit one, and you just hope that it’s not while you’re going 70 down a dark county highway.

Well I wasn’t going 70, but I was going 40, and that’s when I had something else that the other riders didn’t: I stayed upright. The thing is, and forgive me for sounding patronizing, but a motorcycle only has two wheels, which means when you collide with an object, you become very unbalanced. Most of our drops on our August film trip were at slow speeds, and most of the high-speed crashes I’ve seen on videos look gnarly.

Those other riders went down when they hit a deer, no matter the speed, so the fact that I didn’t seemed a testament to the training I’ve been doing this summer— and perhaps a little supernatural aid.

I was driving home on a suburban thoroughfare, a place I’ve seen deer a thousand times, yet tonight I didn’t see the spike buck until he was a few yards ahead of me. I reacted on instinct and swerved to the side his body was facing away from. When we collided, I kept my arms loose, like when you are in a water crossing—you want the bike to be able to react to any unseen obstacles that may jerk the handlebars. If you stay loose, your momentum will help to right the bike in its forward trajectory. If you tighten up… well, let’s just say you don’t righten.

Fortunately for me, and for the deer, we only brushed each other. His hind legs met the front left of the bike mid-swerve, and the next thing, there were plastic pieces everywhere. The fate of the buck is a boring one, but since I would be curious too, I’ll mention it. After our collision, he limped to the side of the road and lay down in the grass (you’d be limping too after something hit you, no matter how slightly), and within 30 minutes he was back on his feet to find his buddies who had spooked with the noise of the initial conflagration. 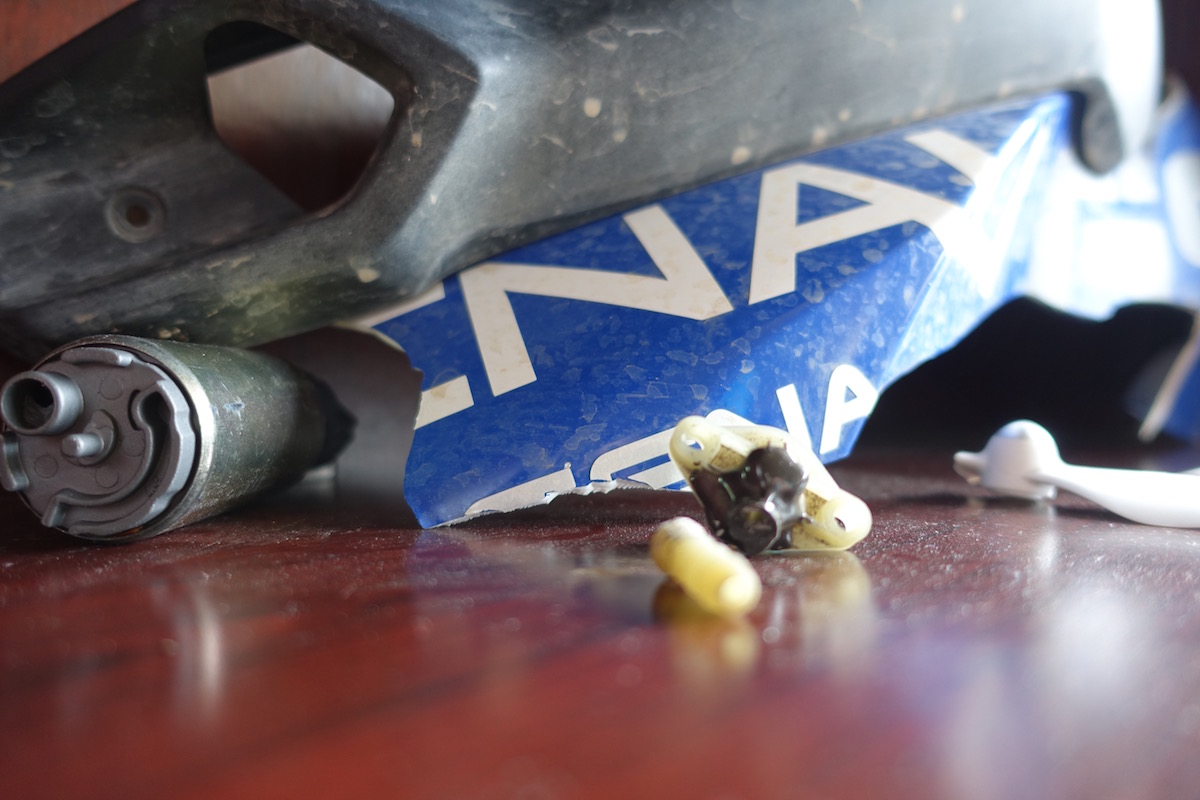 I pulled over as soon as I could and looked back up the road to pick up the shattered pieces of plastic that are meant for aesthetics as much as protecting the engine underneath. There was clearly some fluid on the road, but in the dark I couldn’t tell what it was, only that it didn’t smell like gasoline, and its viscosity was slicker than water. A little detective work showed that the radiator was hanging loose on the front of the bike, which is where the fluid seemed to be coming from.

Okay, so it was probably water with coolant. Glad the fluid wasn’t oil or gas. I set about calling for help to tow the bike somewhere safe for the night. The adrenaline of a shock left me with clarity of mind as I went about all this without really thinking about the fact that I’d just been in an accident. It wasn’t until later that I would think through how bad it could have been if I hadn’t seen the deer at all, or if I hadn’t been able to keep the bike upright.

And then came the shame.

Why didn’t I see the deer sooner? Why wasn’t I paying closer attention? If I was a better rider I might have been able to dodge the buck altogether. Now I’ve got a broken bike, which has been my commute. Heck, even the plastic that got destroyed was stickered with stories from the summer and can’t be reproduced. I felt stupid that I was in an accident. I mean, doesn’t that just happen to bad drivers?

(I know, I know, there are only two kinds of riders…) But the voices in my head were doing a pretty decent job of beating me up. Instead of seeing what had just happened as an amazing testament to my riding ability and the angels of God, or being grateful that I had stayed up and probably saved my leg and ankle in the process, I was discouraged and irritated that it had happened at all.

Which, if I’m honest, is often how I feel when something happens that wasn’t in the plan. The boy in me feels challenged, often feels inept in the lack of control, and I get frustrated with the situation. Someone wiser might have the presence of mind to invite God in to father him or her through the situation. I was eating shame like a bull in a field of alfalfa.

Of course, that’s when I realized I had a choice: to gorge myself and let the shame define the experience, or to push it back and recognize it for what it was. I’m learning, slowly at times, but after working through the initial response of the boy, I was able to see things for what they really were. My collision with that spike buck was an opportunity to seek out the Father. I’ll take that choice over shame any day. 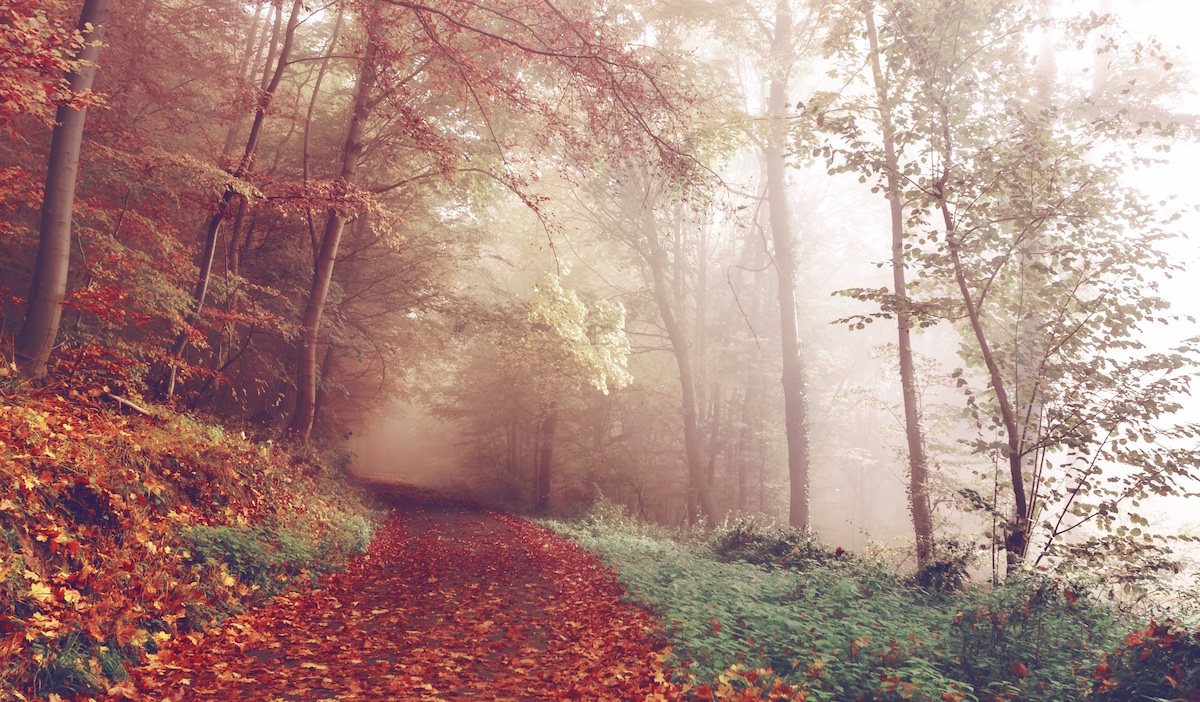