Not All Helping Helps

We have a cabin out in northwest Colorado, a quiet getaway in the middle of sagebrush nowhere. Summers are hot and winters are brutal. The nearest town is a little windswept burg, once a cow town, now servicing mostly backpackers, local ranchers, and the crews that work the railroad. There is one gas station and no stoplight. Main street is still dirt, if you can believe it. The town is not on Rick Steves’ lists for places you have to visit.

This summer the folks of said beleaguered hamlet realized that their town had grown rather, well…shabby over the years, dumpy, even, so they launched a local campaign to spruce things up. Paint the light poles. Clear out some of the rotting cars. Shore up and put a new face on the collapsing buildings. (My joke about lipstick on a pig did not go over well; these folks are serious.)

And so, once again, we see that deep, instinctive urge in the human race to make the world a better place. I like that about us. About mankind. I like the way we rush to places in need. In fact, there it was again the other night—though on a much grander scale—towards the end of the U2 concert in Denver (the Innocence and Experience Tour). Bono and a very artsy video urged us to give a little to help HIV-positive mothers in Africa not pass along the illness to their babies in-utero. That the moment fit seamlessly into a rock concert shows just how culturally hip “helping” has become.

The justice urge has seized a lot of Christians in the last decade, especially among Millenials, and off to the corners of the world they have gone to fight human trafficking, child slavery, economic injustice, AIDS, eco-terrorism, and a host of intertwined evils. I think this is a good thing. I support these causes with my own dollars. I’ve marched on Washington, joined boycotts, served in soup kitchens; we support AIDS relief in Africa. (I’m putting a few of my credentials out there in order to establish where I’m coming from.) “For I was hungry and you gave me something to eat” remains one of the simplest, most tangible of commands.

But an unsettledness has been growing in me for some time, and I’m trying to sort out why. So I return to one of our favorite quotes here at And Sons, from the brilliance of G.K. Chesterton:

"When a religious scheme is shattered (as Christianity was shattered at the Reformation), it is not merely the vices that are let loose. The vices are, indeed, let loose, and they wander and do damage. But the virtues are let loose also; and the virtues wander more wildly, and the virtues do more terrible damage. The modern world is full of the old Christian virtues gone mad. The virtues have gone mad because they have been isolated from each other and are wandering alone.” 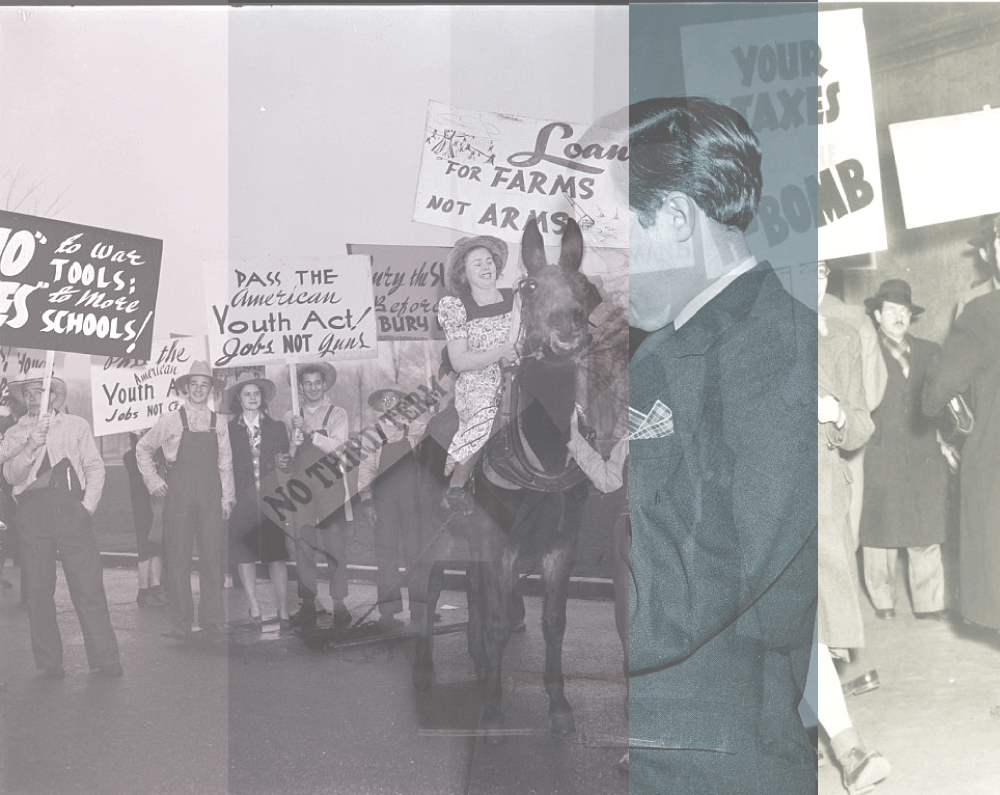 A surprising statement that grows with power as you ponder it.

I mean, it’s easy to see the vices set loose and doing harm—just watch the news or drop by any college dorm on a Saturday night. But the virtues wander more wildly, and do more terrible damage?

A little less easy to see would be humility. “What we suffer from today,” lamented G.K., “is humility in the wrong place. Modesty has moved from the organ of ambition. Modesty has settled upon the organ of conviction where it was never meant to be.” And so doubt is “in,” doubt is cool, doubt is nearly proof of one’s authenticity, while to hold to a conviction—especially a religious one—is proof you are intolerant or Neanderthal. Probably both. Jesus never actually praised doubt; he sought to address it.

The modern world is filled with the old Christian virtues gone mad, because they are cut off and isolated from one another. That is probably the clearest insight you will ever find on what is wrong with our culture. Which brings me to this growing unsettledness about the justice movement.

I was sitting in my graduate counseling program one afternoon—years ago—when the professor of the day (who happened to be Dr. Dan Allender) said something that really disturbed me. Keep in mind now that he was addressing a group of people about to enter the bloody, messy human situation as counselors, interveners. We were out to heal the world. Then he dropped a warning that felt blasphemous: “To help someone solve their problems without God is demonic.” Startled, shocked, I sat up and paid closer attention (no doubt his intention). “Pain is often where God is most at work in someone’s life, and it is often their pain which drives them to find God in ways they haven’t given a s--- about before. To remove the pain, without them wrestling with God, is to work against Him in the situation.” 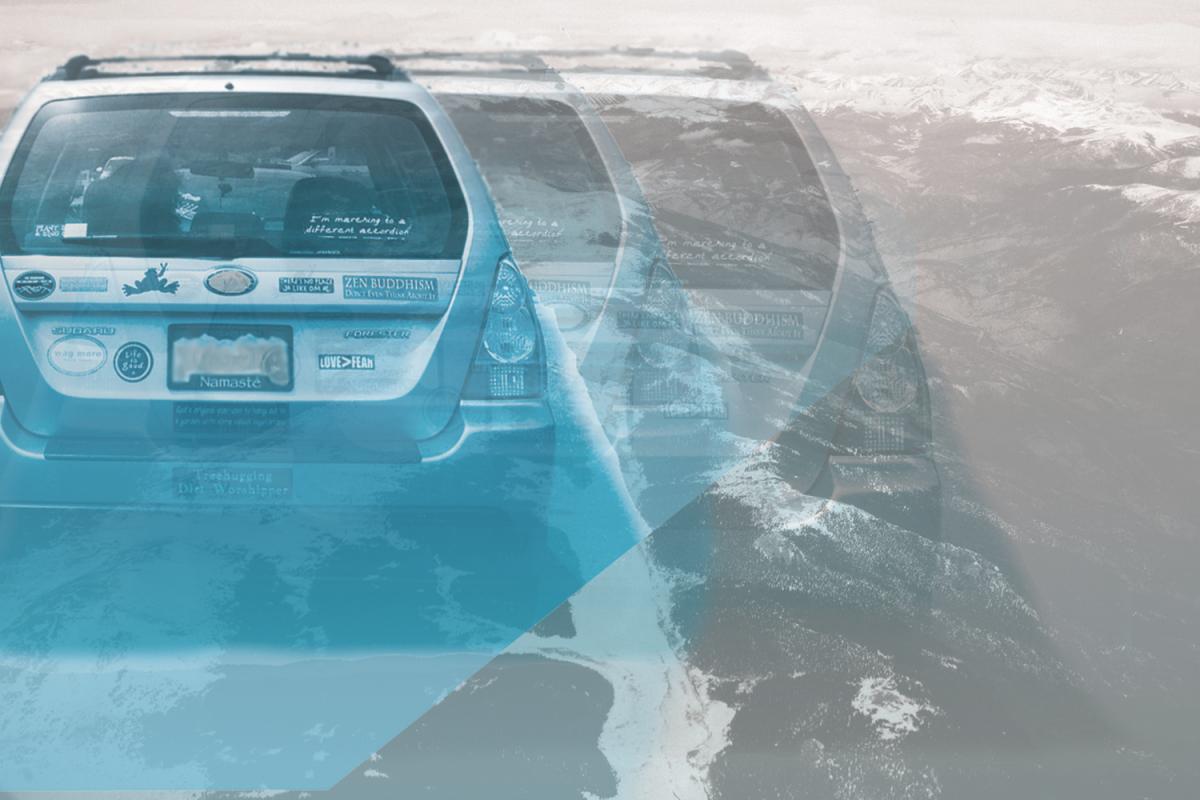 Harsh, arrogant, and clearly insensitive. Twenty years later I see how right he was. The abusive elder now on the brink of a public divorce is forced to deal with his violence. The addict now reeling from bankruptcy is forced to deal with his emptiness. To shortcut the process by relieving the pain would be to shortcut the redemption of their souls. As C.S. Lewis put it, “Pain is God’s megaphone to rouse a deaf world.”

Which puts God’s friends in an awkward position, because one of the deepest assumptions of the world at the moment—witness U2—is relieving human suffering.

“Giving back” is our cultural shibboleth on whether or not you are a sensitive human being, or even worthy of being called a human being*. Oprah champions it; so too Bill Gates. And together, they have given a staggering amount of money to various relief efforts. I think this is a good thing, by the way. We just made a contribution to the cleanup of our town. But when a cause becomes fashionable, so culturally hip it serves as a referendum on your validity as human being, you want to pause and ask questions.

Like, “How is relief distinctively Christian when Oprah and Gates can totally out-give us?” And, “If helping is now what everyone is doing, how does it help people come to know the love of God?”

Which brings me to the damage the virtue of “helping” does when divorced from other virtues.

As Allender said, suffering may be the one moment in a person’s life—or in a community, or nation—for them to do honest business with ultimate issues, with the condition of their souls, and with their need for God. Or more specifically, Jesus. (Didn’t something in you just flinch? Even to name him here is so disruptive.)

The Kingdom of God is actually not primarily focused on making this world a better place. A startling and harsh-sounding statement to those raised in the current cultural milieu. But it is true. When Jesus said, “The poor you will always have with you,” he was, among other things, making it clear that the eradication of poverty was not his main goal. This does not go over well in economic justice forums. His main goal was, and is, transforming humanity back to what it was intended to be—the fruit of which will address poverty and everything else we care about. 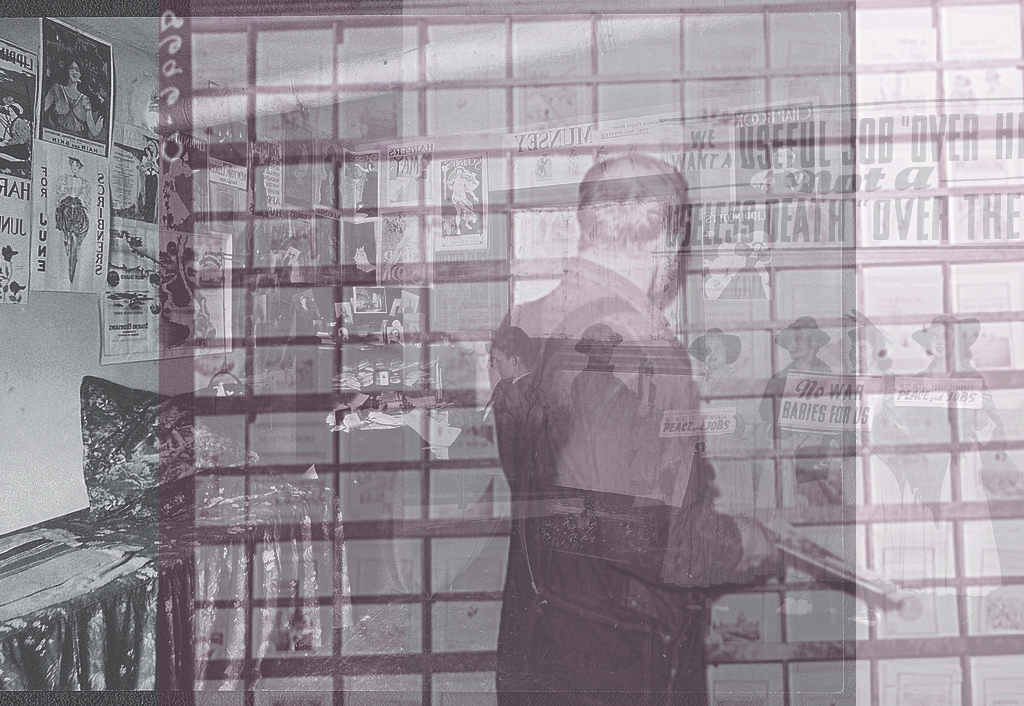 Look, the math on this is simple: Apart from natural disasters (not their cleanup efforts and the attendant greed and bureaucracy), the majority of the world’s pain flows from the darkness of the human heart. If there were no market for prostitution, there would be no sex trade; if there were no hatred, there would be no terrorism, or war on terror, etc.. Only Jesus can transform the heart in any sort of lasting way. Therefore, to hide Jesus in the background, like an uncle who is a proud member of the NRA, while we rush to join the relief efforts is utter madness. It’s like showing up to a house on fire with a cup of water.

I think the justice movement seized the hearts of a lot of young Christians in part because they didn’t find anything else in Christianity that seemed halfway “relevant.” But some of those justice workers, the vanguard of the movement, are now returning from the field with a double dose of disappointment—helping doesn’t seem to work. For example, a majority of women rescued from the sex trade actually choose to re-enter prostitution. How can this be?

My concern is this: Our best and brightest have seized the flag of justice as if it were the best manifestation of the Kingdom of God on earth, and they are giving heart and soul to efforts that, frankly, while they do relieve suffering (often temporarily), do not transform humanity. Anyone can deliver clothing, but they alone have something unique to offer that no one else does—Jesus. The One who can transform humanity, and thus cut to the heart of the issue(s).

But culturally, we have to admit that right now, it is so much easier to try and relieve suffering.

Whereas bringing up that other Guy is very, very unfashionable. And thus the madness of it all.

The Tragic Role up Nerdy Boards

The Creator of Everything I Love | 17