The Context of the Wilderness

Several summers ago, Dad and I went to Alaska in search of char, rainbows, and Arctic grayling. And it was all Alaska. The forests were overgrown and tangled, so much so that only the waterways offered access to the wilderness, ribboned as they were like so many veins across a mountain range of uncompromising wild-ness. We went with a guide, of course, a backcountry outfit that stashed its fishermen in tough domed tents—the kind in which your neighbor shields his project car—and kept shotguns by the screen doors. It remains one of the most wild and beautiful wildernesses I have ever entered. The waters were clear as pane glass, and the river bottoms were green, shining with such luminous intensity it gave us the impression of fishing across the surface of an emerald. The mountains were not the long granite rises of Colorado but rearing snarls of rock worked over with glaciers. In the evening, those mountains broke the sunlight to shafts, columns of light that seemed to shatter across the surface of the water.

We received word the summer after our trip that the outfit had closed. The owner, it seemed, had had enough of that wilderness.

Now, I don’t know the exact reasons for that decision. For all I know, its owner finally found the fish with a drachma in its mouth and had what he came for. But even so, it seemed to indicate the way that beauty and wildness can disappoint us. 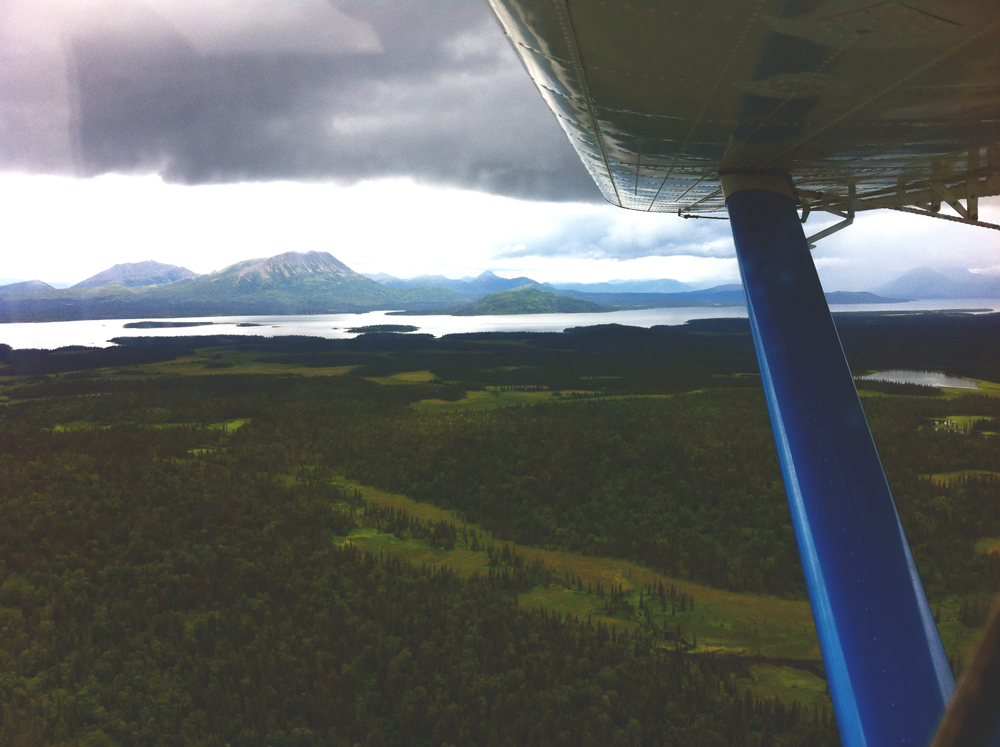 It goes something like this: Wildness and beauty cannot be understood outside of the story going on. If we go to the woods and think they will restore us just because they are wild, we will be disappointed. While I’ve never started, and then ended, a backcountry fishing venture, I know the experience of “it wasn’t what I hoped for” very well. Once, in Wyoming, I took a canoe out in the early morning, hoping to see the sun and a few eager fish rise over the surface of the Snake River. I got the boat into the water and seated myself, only to be engulfed by a horde of mosquitoes recently awakened from a famine. Another time, I took my truck (now someone else’s truck) down to southern Colorado for one of those long adventures that turn into documentaries. It was going to be mountain climbing, mountain towns, micro brews, drama, and high adventure and miles of highway. It was good, certainly. There are some wonderful stories that came out of it, but those stories sort of ran in spite of the trip, instead of because of it.

Surely you’ve met some of the adventurers who have hit the wall of this experience. The surfer who quit his desk job and has spent the last two years bumming his way through Mexico and Costa Rica, living point break to point break, “livin’ the life,” as the tired mantra goes. Or the dirt bag climbers camped out in Yosemite, living totally “off the grid,” free for the next big wall. The raft guide who has committed his life to the river, the mountaineer who’s actually been to all those mountain ranges riffling the globe. All those adventurers who responded to the powerful allure of the wild and seemed from the outside to have found an idyllic life, and yet, when you talk to them—and especially when you look in their eyes—there it is again: an odd, unshakable emptiness. 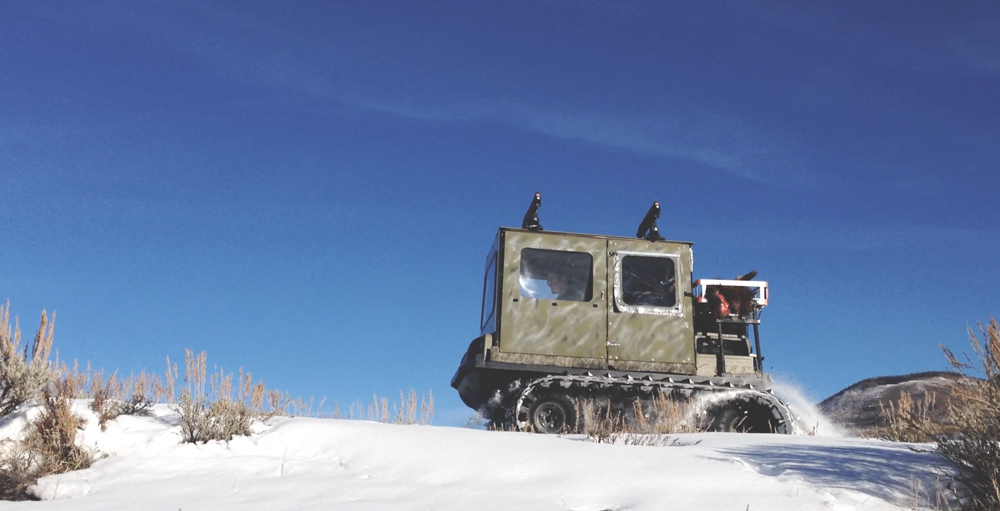 How can it be? Isn’t wilderness one of the best of all the gifts from the six days of creation? How could something so utterly beautiful and playful, so luscious and restoring, sour in our mouths like beer left in somebody’s trunk while they spent two weeks in Tucson?

Wilderness is a great good—one of the greatest gifts we’ve been given—but in order to receive the restoration wilderness offers, we need to understand what wilderness is saying. At first, it seems enough to sense the unnamed redemptive capacity of the wild, but that does not last very long. Like a beautiful woman, it all depends on what you are going there for, what story you believe is unfolding as you engage.

Things derive their meaning in terms of the story within which they emerge, or the story we believe we are living in as we take hold of those things. Wildness, then, is not a thing in itself; its gifts are conditional. It depends upon a condition of clarity. There’s a quote we’ve mentioned before that’s very useful here, by Dostoevsky: “Beauty is mysterious as well as terrible. God and the Devil are fighting there and the battlefield is the heart of man.” The wildernesses we love are not uncontested spaces. They are sites of turmoil, the sabotage of the heart unfolding right against the resurrection. There are mountain ranges and rivers full of a ferocious strength that might in one turn bring life to a whole valley and in the next carry tree and soil and self over rocky cataracts.

Begin with this thought: Creation is speaking (see Psalms 8 and 19). What it is speaking requires interpretation. We hung out on the North Shore of Kauai with a guy who with his millions had snagged a piece of stunning paradise for himself. “This is my church,” he said with utter seriousness. And a stunning cathedral it was. Only, he was there alone; there was no one he went to commune with but himself. And that is where story comes in. 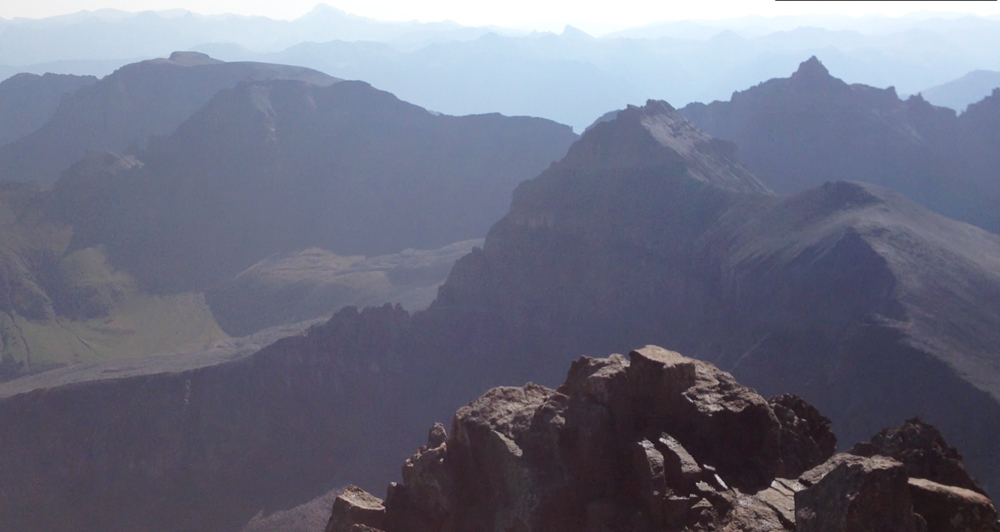 What we love about wilderness is that the drama is played out with much greater clarity than what is evident in most suburban living rooms, including my apartment’s (rather small) suburban living room. It is a massive canvas with vibrant colors and brush strokes that help us to see in ways the deadening world of the mall does not. We are called forth by the wilderness; that is one of its great goods. We are humbled and awed by it; that is another. We find out there the battle for life, which is getting us even closer to the heart of the matter. The beauty of the wilderness is beauty in terms of the story going on. Its allure persists as allure because it holds, in every shape and feature, the terrible fall, the intervention of a savior, and the conflict—and it is a conflict—to renew the heart.

Yes, wilderness and beautiful places do restore; it was by streams and in meadows that David’s soul was restored (Psalm 23). But it is also a place of unnerving exposure, and what you are and what you are living for will be exposed there in ways hidden by Wal-Mart and games on your phone. What you are will be unveiled in the wild, and it needs to be unveiled, so that it might be healed.

Ultimately, wilderness is an invitation from the heart of the Artist who made it and gives it its throbbing life every moment. If you ignore his invitation, the gift begins to unravel very quickly. As C.S. Lewis warned, the things “in which we thought the beauty was located will betray us if we trust to them; it was not in them, it only came through them, and what came through them was longing. These things…are good images of what we really desire; but if they are mistaken for the thing itself they turn into dumb idols, breaking the hearts of their worshipers.”

If you are living in the True Story, you will find the wilderness a stunning experience on so many levels it will leave you speechless. If you have no story, and try to make the wilderness the story, it will indeed break your heart.

Remembering Mumbai up The Collision of Intimacy