We depict hatred, but it is to depict that there are more important things. We depict a curse, to depict the joy of liberation. -Hayao Miyazaki

I don’t remember when I first learned the name; what I do recall is finding myself in the local Blockbuster one afternoon with my friend Jesse, looking for a film called Princess Mononoke. Somehow we had both seen bits of it before, and that day we were determined to watch it in full, to scratch that itch our memory had put in place. We found the movie, took it home, and devoured it, then went back that same afternoon to find every other film we could by the same director.

Hayao Miyazaki and Studio Ghibli have since become common parlance for me; the films the partnership has created over the years have introduced me to an entirely new medium of art and storytelling. (I have also found that yelling “Hayao Miyazaki” is an excellent alternative for “Geronimo,” “Uff da,” or any other such exclamation. My apologies to Miyazaki-sama.) 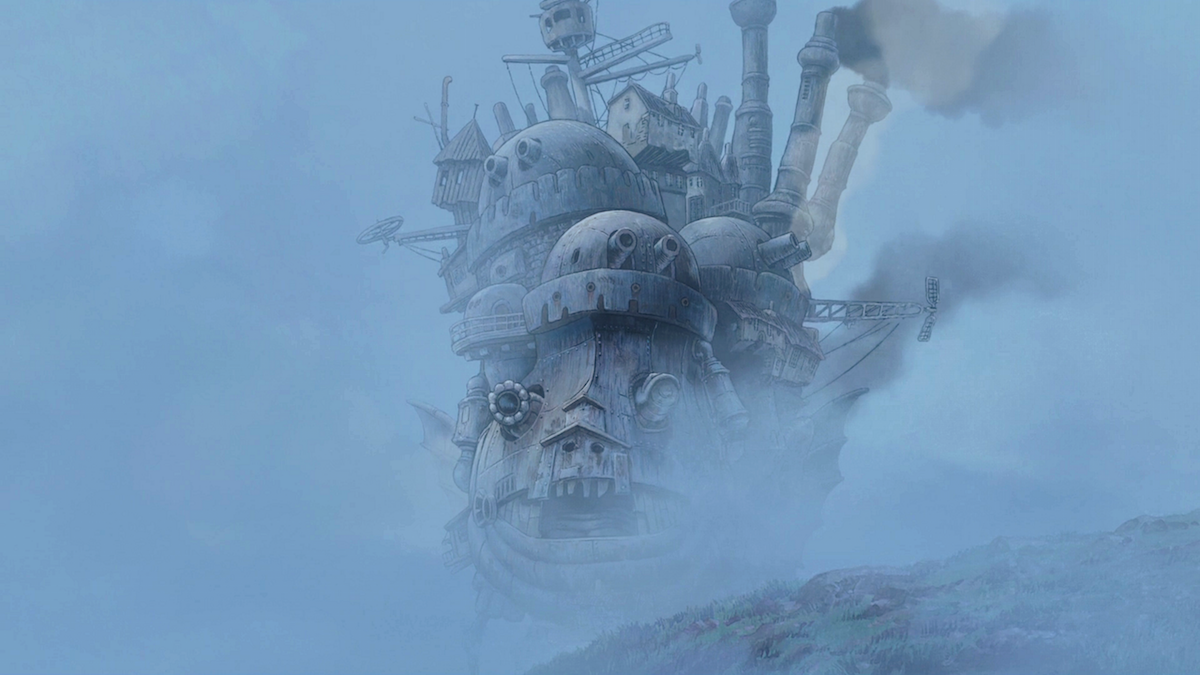 To the uninitiated, words like “animated” conjure up images of Saturday morning cartoons. Disney and Pixar have done wonders for the world of computer-generated animation, yet their advancements have pushed the hand-drawn form to the periphery, where few discover it. But the artistry found in the hand-drawn works of Miyazaki is worth digging for. (In some films the sound effects are made entirely with human voices, including aircraft engines and ocean storms.) If you can, for a moment, leave behind your images of Poké Balls and ice princesses, you too might unearth something incredible.

Each film by Miyazaki and Studio Ghibli plays like an invitation to participate in a dream; where technology is as strange and magical as the child sees it, where nature is wild and powerful but opens its beauty to the adventurous, where good men do wrong at times and evil men are not beyond saving. Many of the films center on a female protagonist who is strong, kind, often more than a little audacious, and whose decisions are central to the fate of the world.

While I can recognize that Cat Buses and castles with legs and floating kingdoms aren’t everyone’s cup of tea (though recognition is not the same as approval), it would be a mistake to move past the medium without a closer look. Behind the procession of the spirits and talking animals lies an art that holds a world together. I am referring to the backgrounds, the painstakingly detailed environments, the mise-en-scène that makes you want to view the film frame-by-frame so that nothing will be missed.

Each location is approached with the same level of respect and importance as the last, which makes the most commonplace settings as artfully crafted as the most exotic. This fastidious approach allows the films to follow the pacing of the world itself; as a talented writer will be surprised by the way a developed character will act, a developed world sets the tone in a way the director may not have originally foreseen. Throw in Miyazaki’s affinity for nature, and the flow of the film often slows for the sake of raindrops in the trees or the sound of a bathhouse across the water. 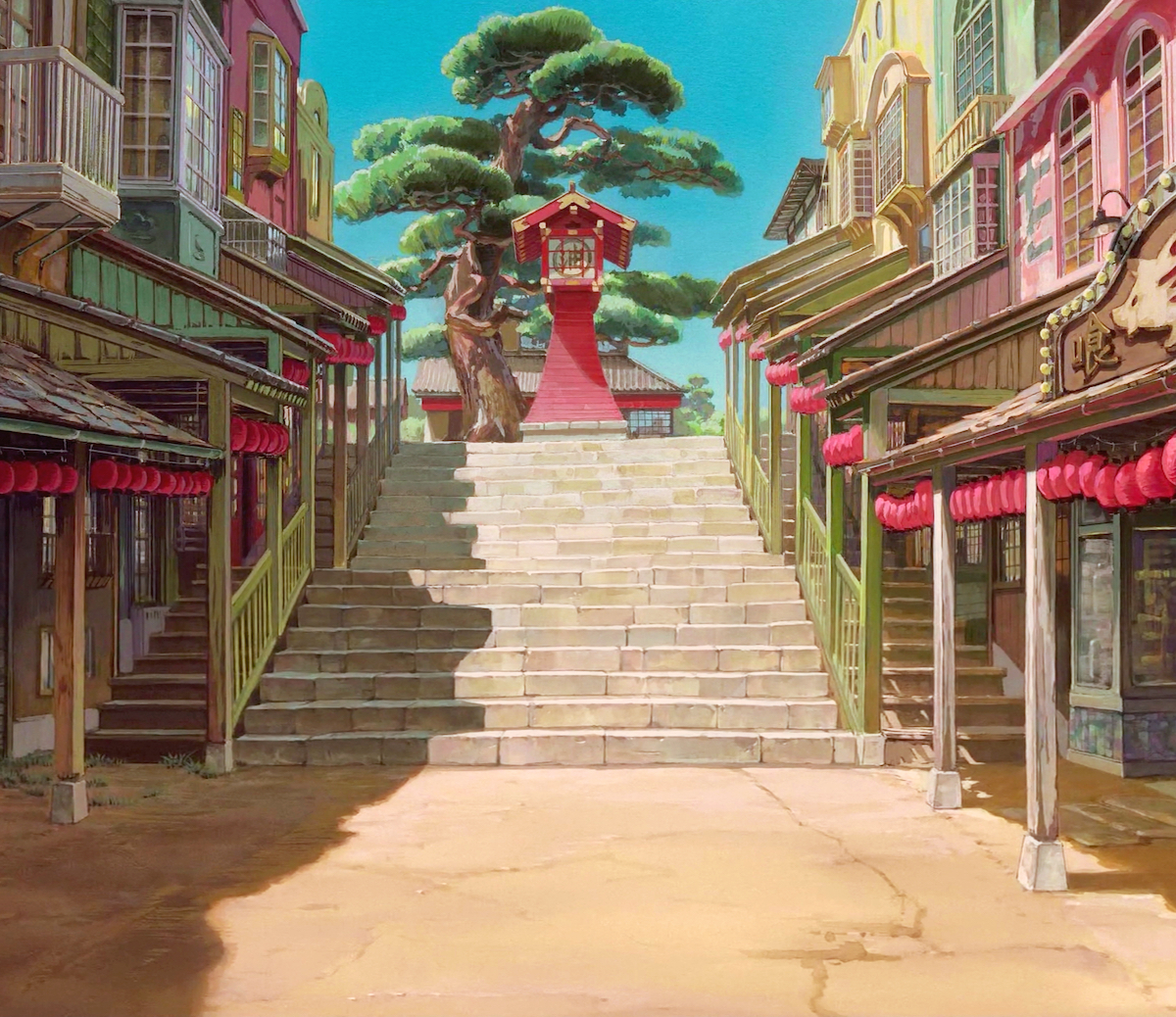 The created medium of hand-drawn and hand-painted animation has seen its advancements with the help of technology, yet no matter how far it advances it cannot pretend to be reality. An animator then has two options: attempt to be a real as possible anyway, or embrace the palate of the fantastical. In choosing the latter, Miyazaki’s films saturate or dull colors and proportions to enhance the emotional experience. What may have been a modest clock tower one moment becomes a looming island castle the next. Surprisingly enough, this often feels more accurate to the human experience, as joy elicits color and sounds, while grief mutes the world around us.

Perhaps it’s a disposition I inherited without even knowing it, this affection for architecture, beauty, and culture we would call “Eastern.” I never witnessed my grandfather painting, but I still remember standing in the hallway of my grandparents’ home, looking up at the two pieces depicting men and women in kimonos. The story goes that he put his signature in the filigree of the sleeves.

Whether it runs in my genes or it’s simply the foreignness, the un-West-ness, of Japanese art, it is a form that has gripped me.

We were meant to be co-creators in this world, to bring all of our humor and curiosity and wonder, our unique selves, to what we create. It’s those stories that remind us what it felt like to live in a fairy tale—that behind the façade of “normal” life is a fantastical reality waiting to be discovered. Those are the kinds of stories we return to time and again. Maybe it’s time for you to discover a new story; Spirited Away would be a good place to start.

Oh, and do yourself a favor and watch it with subtitles; the dubbed versions aren’t nearly as good. 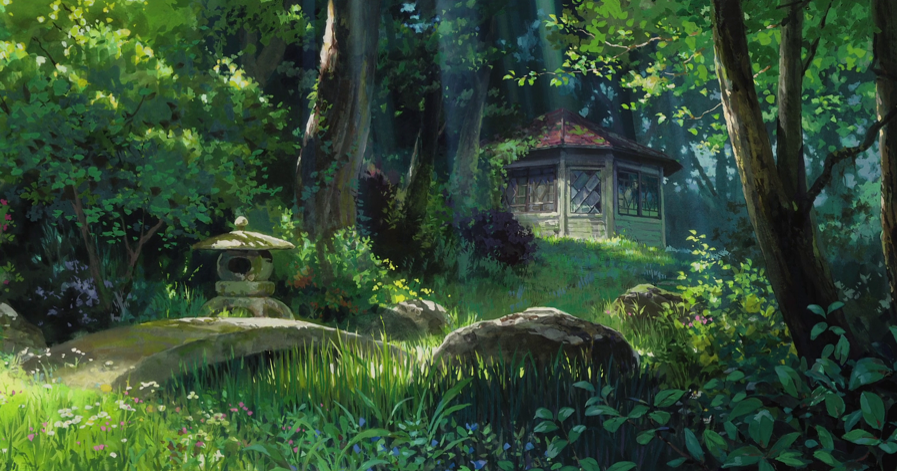 A Perfect Day up Prayer and the Body