Editor’s Note: Young men stepping out of college and into the “real world” encounter a pretty steep learning curve, a shock that cuts straight to heart of their questions about identity, competency, masculinity and whole-heartedness. A hundred years ago most of those questions got sorted out in the company of older men—not at Starbucks, but in the welding shop or on the scaffolds. Tragically, that “fathering” culture has all but vanished, and a few guys we know decided they weren’t going to take that fact lying down. So they started a thing called Training Ground—an experience for young men that offers them a crash course in what our grandfathers got to have. And Sons friend Cory Smith is one of the founders; we thought you’d like to hear what’s going on.

How’d this whole thing get started?

Cory Smith: Back when a friend and I had just graduated from college and recently married, we started to realize we were pretty unprepared for the realities of life after school. Both of us had been leaders on our campuses, spent years with national ministries during college and could lead a Bible study. It was in the normal day-to-day life where we felt most inadequate—like learning to lead a woman in a marriage relationship, balance a checkbook, even understand our own stories.

We had good dads, so why did we have this learning curve that felt more like a rude awakening? We understood that part of it was inevitable, but what if we could lessen the blow? What if we could make that transition to the real world a smoother one?

The question we sat with for a couple years was, “What would have better prepared us for walking as a son of God, as a confident man in his faith, work and relationships post-college?” We looked around to see what was available. And what we found was many older men (and women) with great advice and guidance to offer. What we wanted to do was create a summer experience of work—real work—and wilderness and community. We happened to be here in Colorado, so that’s where we started.

In the beginning, we actually thought we were creating a new type of discipleship program for young men. Now, almost ten years later, one of the greatest joys has been to see the local community of older men and women step up and take ownership of the vision. 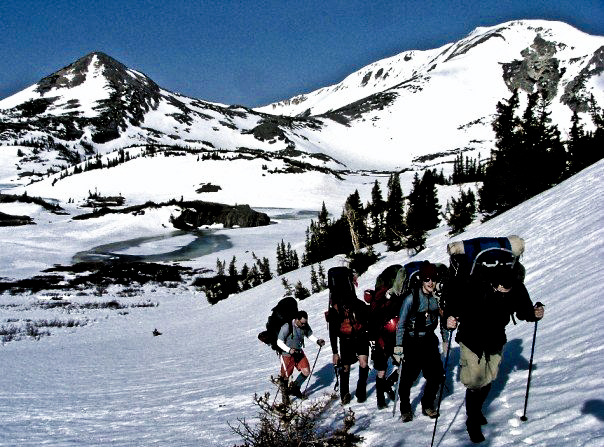 What do you feel like most young men really need?

I really do believe that the early twenty-somethings are a missed generation.

And to be honest, it grieves me. A lot. For some reason, that generation gets looked over. More than anything else, young men really need older men. An older generation reaching out to a younger generation. Young men need to know what they need in life, rather than just be told what they are doing wrong. For sure, young men make mistakes, but they need to be reminded that the greatest thing about them is not their bad decisions. They need to be reminded that they are specifically created for a specific role in the Kingdom of God.

What do twenty-somethings not know?

To be honest, they are a smart and creative bunch, but I would challenge them in how they know and engage their personal stories. Knowing how you got where you are is crucial. Especially in understanding where God has you headed. I’d also challenge them to be kind with themselves during this season. I see a lot of guys be really hard on themselves in making life decisions. You’re not supposed to know all the answers to life in your 20s. Relax and enjoy the process God has you in as you become a confident man.

Yep—that’s one of the core beliefs in our book, Killing Lions. Have you seen a change in the guys who come and experience a bit of that?

We have, and most of the fruit we have seen from what TG offers is long-term growth. Guys that went through the program years ago are getting married and having kids. They are carrying the knowledge and wisdom they learned in TG into those relationships and into their callings. But also—and this is big—in their willingness to ask older men for help and for relationship. 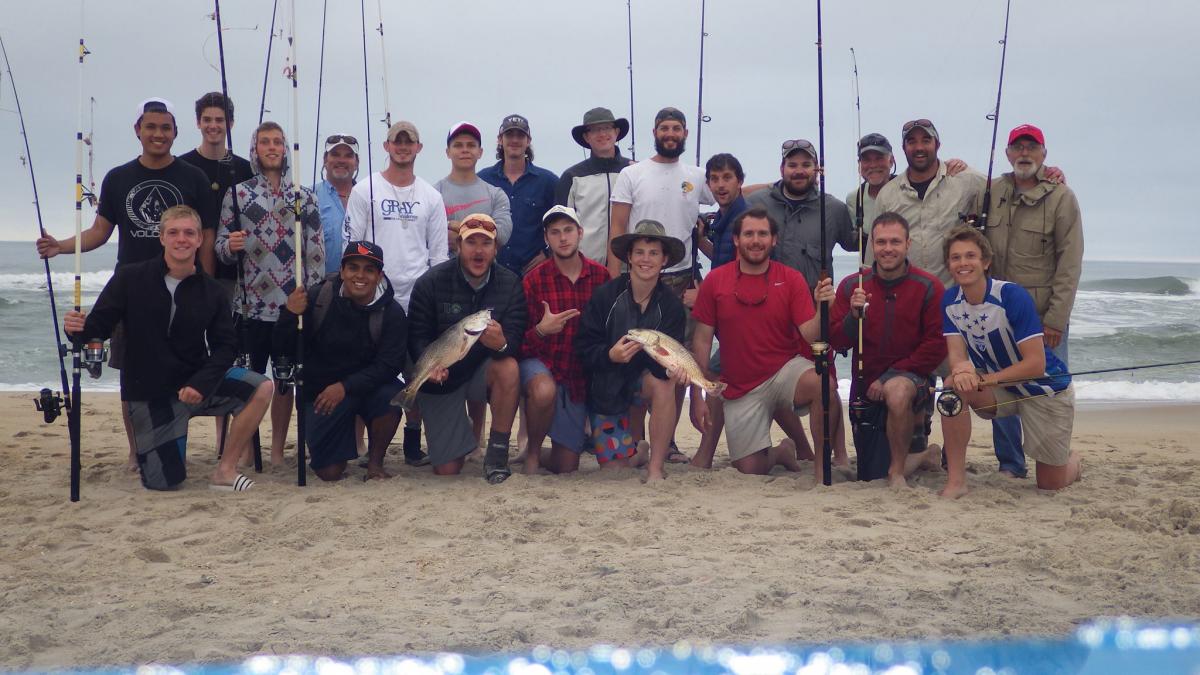 Training Ground isn’t the only thing you’ve been working on; you also started up a painting company in town, right?

Yep, back during the recession, funds got pretty slim with TG, so we had to start a small business to get back on our feet and continue what we had been doing.

If you had told me in high school that I would start and manage my own business, I would have told you that you were nuts. But to be honest, it has been the number one place I have seen God’s faithfulness in my life. Balancing cash flow, payroll, job management, etc., has been an incredible platform to see God move. Plus, I think in the long run it makes me a better man; it helps me relate to the major part of public life. Most folks aren’t in full-time ministry. 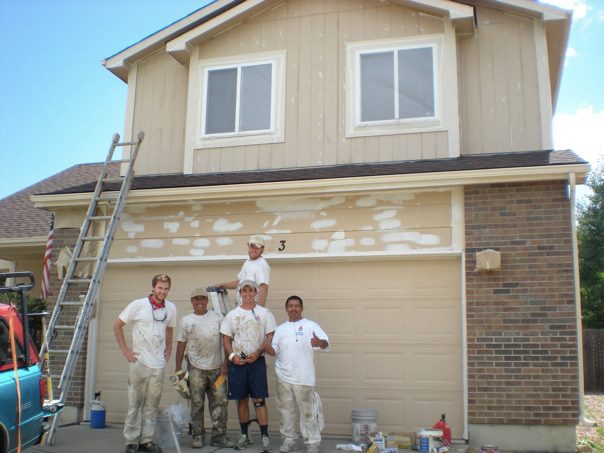 Do you have a favorite moment somewhere along a cycle with the guys who participate in Training Ground?

There are a ton of moments during the summer that are so fun to see. All the guys get to them at different times, but the moment I look forward to most is when God shows up for guys in their brokenness. It can happen in their job, after a hard teaching, during one of our wilderness trips or an intense conversation with another guy in the program. Seeing God show up in the hard and broken places will change your life.

Finally, the most important question of all: Where’s your favorite fishing spot?

Every year during the summer, we take guys to Grand Teton National Park in Wyoming. On one trip, we stumbled across a couple of lakes after about a 1.5-hour canoe ride. We had no idea they were there. To be honest, it’s this big rock about 30 yards from the shore at the bottom of a glacier. We started fishing there in 2007, pulling out 22-inch native cutthroat…some of the biggest trout we had ever caught at the time. It was a good place to experience God’s lavish goodness.

For more on Training Ground check out their website here. 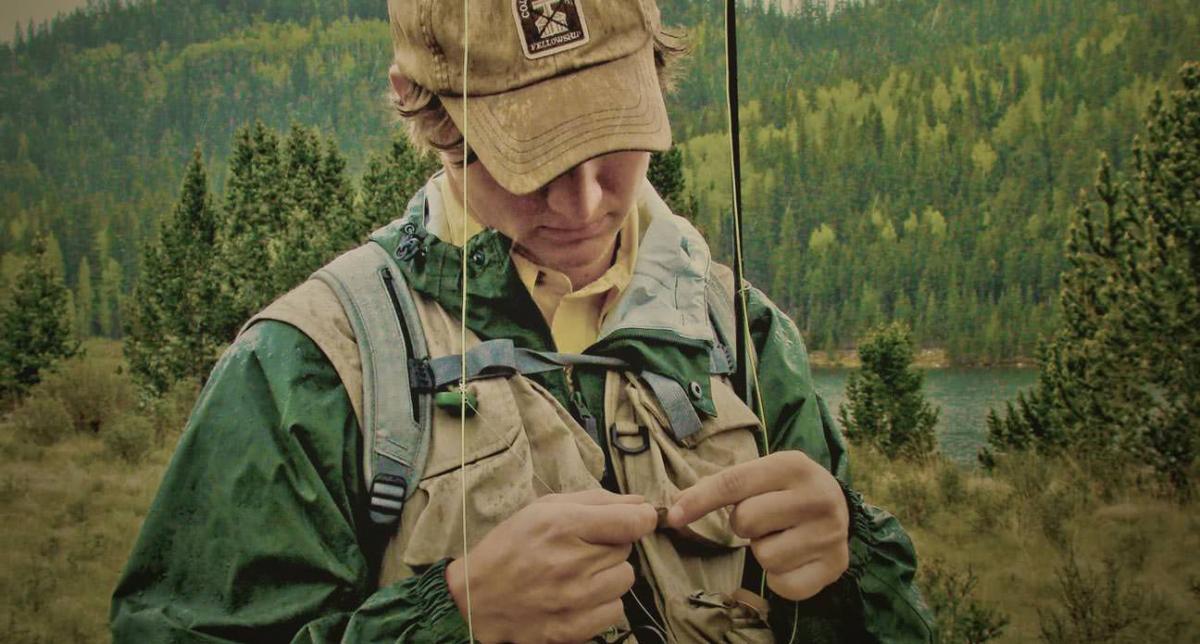 Fathering in Exercise up Stand and Deliver