Another Editor's Note: First, yes. We do notice that we've been doing a lot of notes... we will try to back off next time. Second, we also realize that we are running an article on motorcycle education as our Eve column this issue. That's intentional. It's because sometimes you just need to go out to the garage.

The bike was preheated—thanks to a space heater—in early spring, and I jumped on with anticipation. The stiff clutch cable had finally snapped several weeks earlier, effectively pausing my riding season. But after working with the shaman-mechanics at the bike shop to build the right replacement, I was about to test it out. The thing is, it wasn’t the first time I’d reassembled the clutch and expected it to work. It was the third go. With gusto, I kicked the starter, trying to finally break the clutch plates free so they could disengage properly. My foot slipped on the first kick, busting me in my bruised right shin. The second awakened her with the winter cough of old gasoline. I already felt on top of the world. This anticipation was almost enough to drive me on its own.  With her growling underneath me, I was so confident that I had done it right this time that I rocked it off the center stand and rolled out into the road. As I flicked it into gear, about to take my victory lap around the neighborhood, it heaved and died.

In the high church, the Code of Canon Law is used by ecclesiastical authorities to govern church members. According to the Code of Canon Law 646, “The purpose of the novitiate, by which life in an institute begins, is to give the novices a greater understanding of their divine vocation, and of their vocation to that institute. During the novitiate the novices are to experience the manner of life of the institute and form their minds and hearts in its spirit. At the same time their resolution and suitability are to be tested.” Now, the novitiate of my motorcycle riding—and life—are not the same as entering a religious order, but even as a novice in the order of Classic CBs I think there must be some parallels. 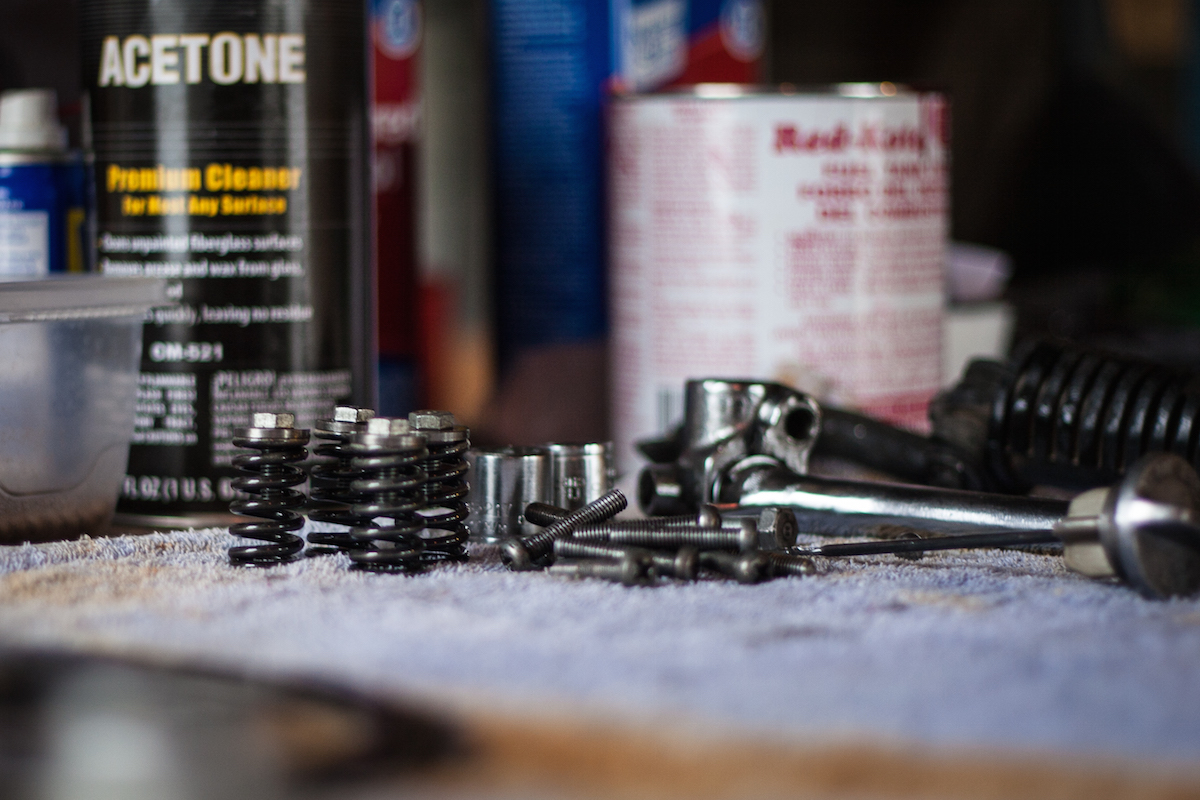 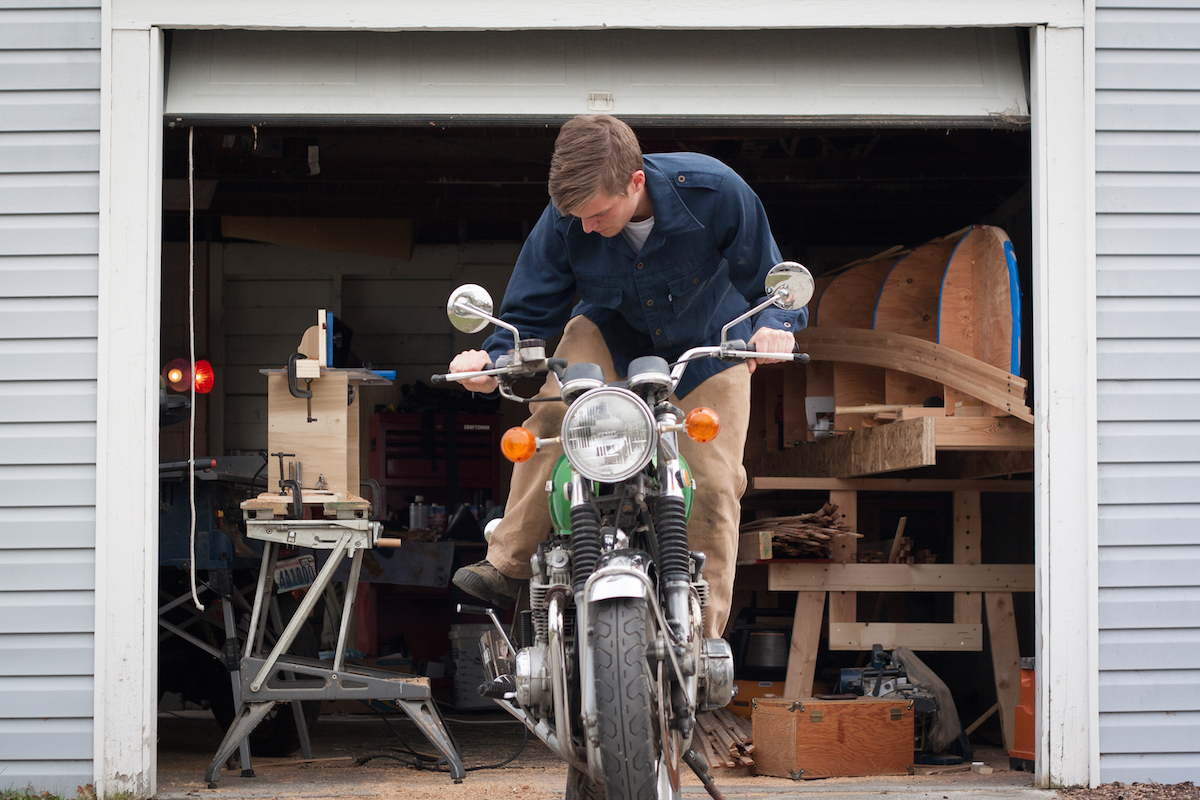 David Brooks gives another name to the novice’s emergent life stage between adolescence and adulthood. He calls it “the Odyssey Years.” This is a transitory period of searching, uncertainty, and experimenting with who we are in the big world of young adulthood. During this time we may move cities (or countries), work different jobs, be with different people, and hopefully do some soul-searching to better learn ourselves in the world. After several years of this, often we settle into a place, career, and maybe even marriage.

For me, this stage is a cocktail of fascination and insecurity. After graduating, I accepted a job in Central America. For one year, I organized and traveled with groups of U.S. college students studying in the region. Now back in the States with a liberal arts degree and some intercultural paradigm adjustment, I find myself a bit disoriented. Community ties are unstable, given the volatile nature of our living situations. My formal education taught me to organize and synthesize ideas, but I’ve yet to see that on a job description. And I have no hard skills applying to my daily life, let alone my budding professional life. Since returning, I’ve made my way through all this by chaperoning Saudi Arabian students studying in my home region, and serving coffee. Sometimes I supplement my underemployment with yard work, tutoring, and John Steinbeck. I live in full swing of the Odyssey Years. In this sea, my penteconter would sink without the help of some important teachers.

In his book Shopcraft as Soulcraft, Matthew B. Crawford writes that “old bikes don’t flatter you, they educate you.” Turns out he’s right. The ‘72 CB500 is currently one of these teachers helping me navigate the novice sea of my Odyssey.

I received the bike last summer in better shape than many 1970’s CBs. Even so, it was not without the usual problems. Forty years does work on a bike. If it wasn’t one of the four gummed up, out of sync carburetors acting up, it was the clutch lever so stiff it cramped your hand (don’t even think about feathering the clutch through a turn)  making for a wonderfully cantankerous ride. Still, I awkwardly worked my way into a loving relationship with this lovely beast. It is not really a rational thing to do, given the amount of heart and money it ends up taking, but that matters less. I got hooked. 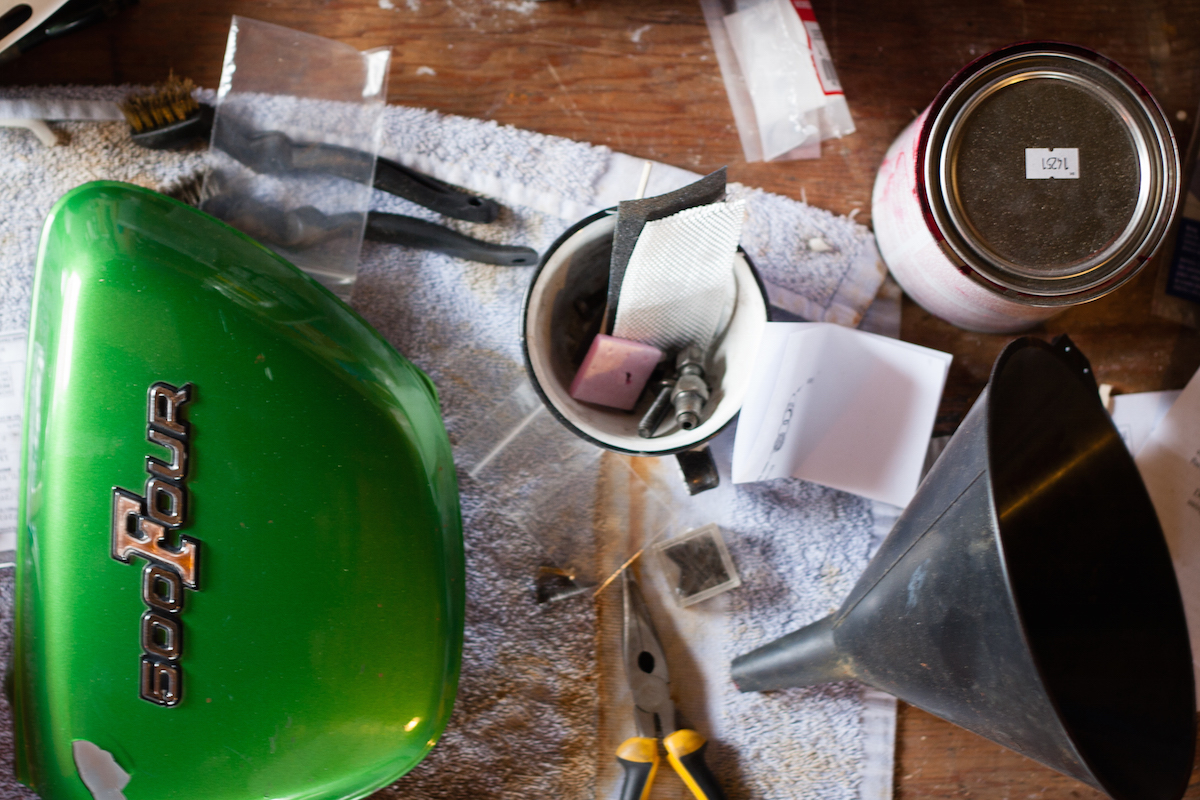 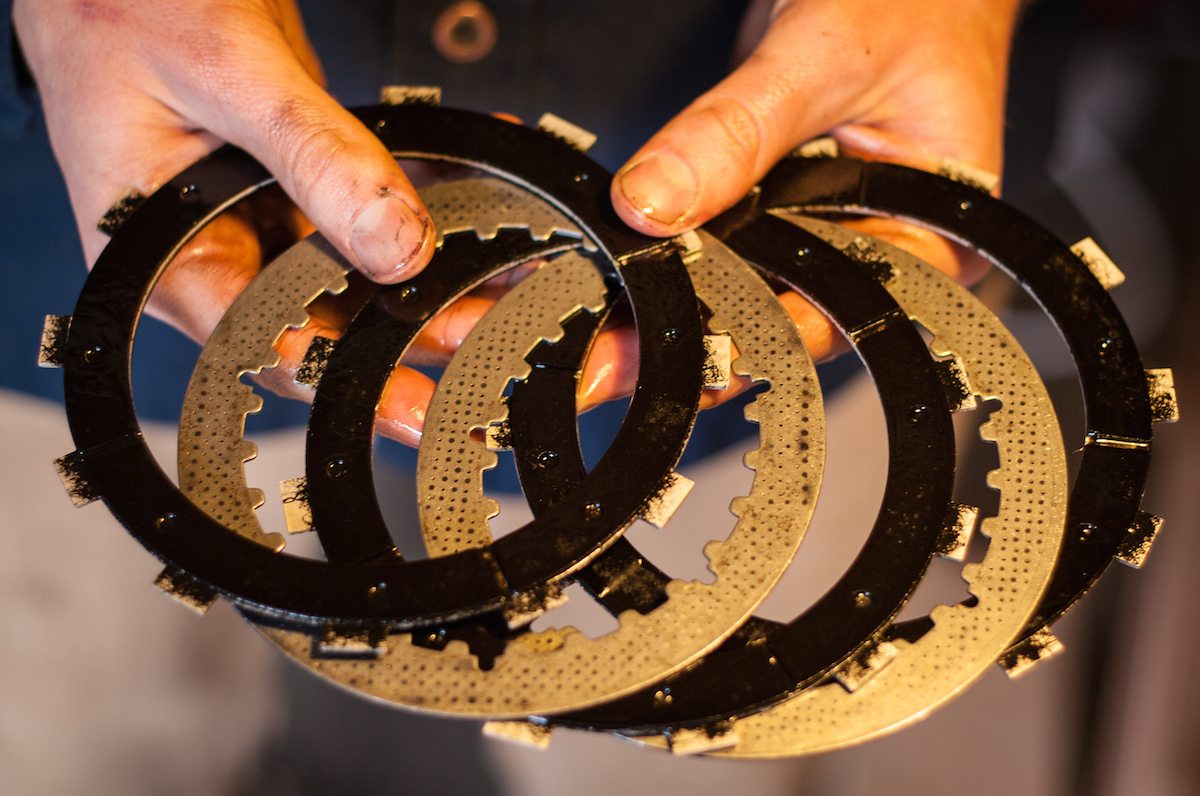 To work on a bike is to learn the application of creativity, patience, and resilience. Like, when I went to replace the clutch cable, the clutch adjuster crumbled. Fortunately, it only took two scrap yards to find the now antiquated worm gear I needed. Or after four attempts to de-rust the tank and rebuild the petcock, I learned that salt-water electrolysis is a bad idea in a steel tank and epoxy with fiberglass makes a good patch for corroded holes. A creative, nearly intuitive, approach is required to figure out what is the problem with the clutch plates, or why the wires seem all fine but the blinker still doesn’t blink. Failure is regularly the experience, which eventually develops resilience. But even with the most resilient intuition for motorcycle mechanics, I am still subject to the hard fact that clutches work a certain way, and they do not work in other ways. With all the idealism in the world, you can’t change this reality. You must interact with it in an intelligent-nuanced way.

This approach is not unlike the approach I want to have to the Odyssey Years, nor is the motorcycle unlike a novice master for the young novice. Though I am deeply indebted to the providential love of my family and friends, one of the primary vehicles for teaching the creativity, patience, resilience, and examination that I so dearly need right now is this old CB 500.

I dream of riding this bike down the California coast this summer with my friend (don’t tell me that this 500 is too small or too old), just like I dream of a career in leading people into out-of-context, catalyst learning experiences. But for now, they’re dreams. My accomplishment at readying this motorcycle for a 2,000-mile trip (or even a ride around the block) has been about as successful as my attempts to have a full time job. I haven’t found the ghost that keeps the clutch plates stuck together, nor have I addressed the idling issue caused by slow jet #40 (or maybe by ignition timing?), let alone the other issues that are certain to arise in the bowels of the bike. However, with a posture of creativity, patience, and resilience, the insecurity or frustration—or whatever the negative emotional flavor of the day be—transforms into fascination at opportunity.

As a novice in life and the motorcycling community, this is my charge: to “form my mind and heart” to the spirit of my divine vocation while my resolution and suitability are tested. What is my divine vocation? I’m still working on that one. Being suspended in that process is part of it. What I can say now is that I am thankful to have a novice master of sorts. 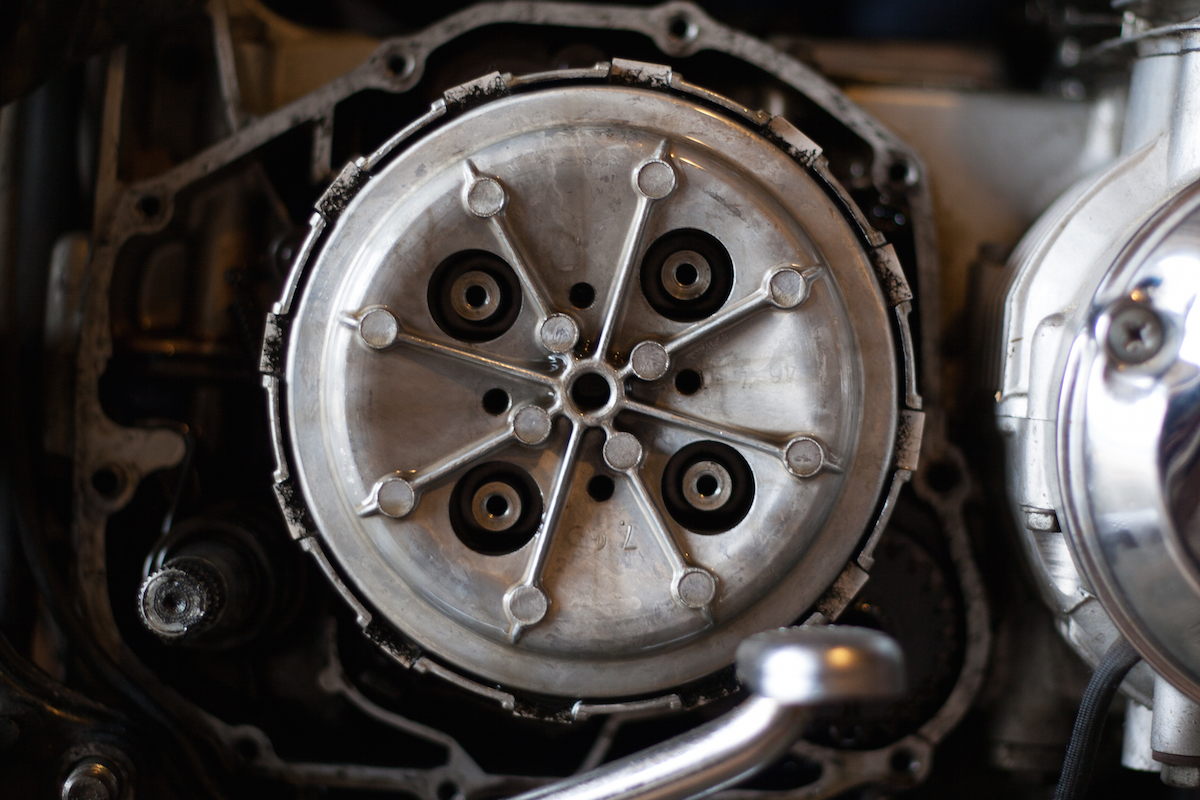 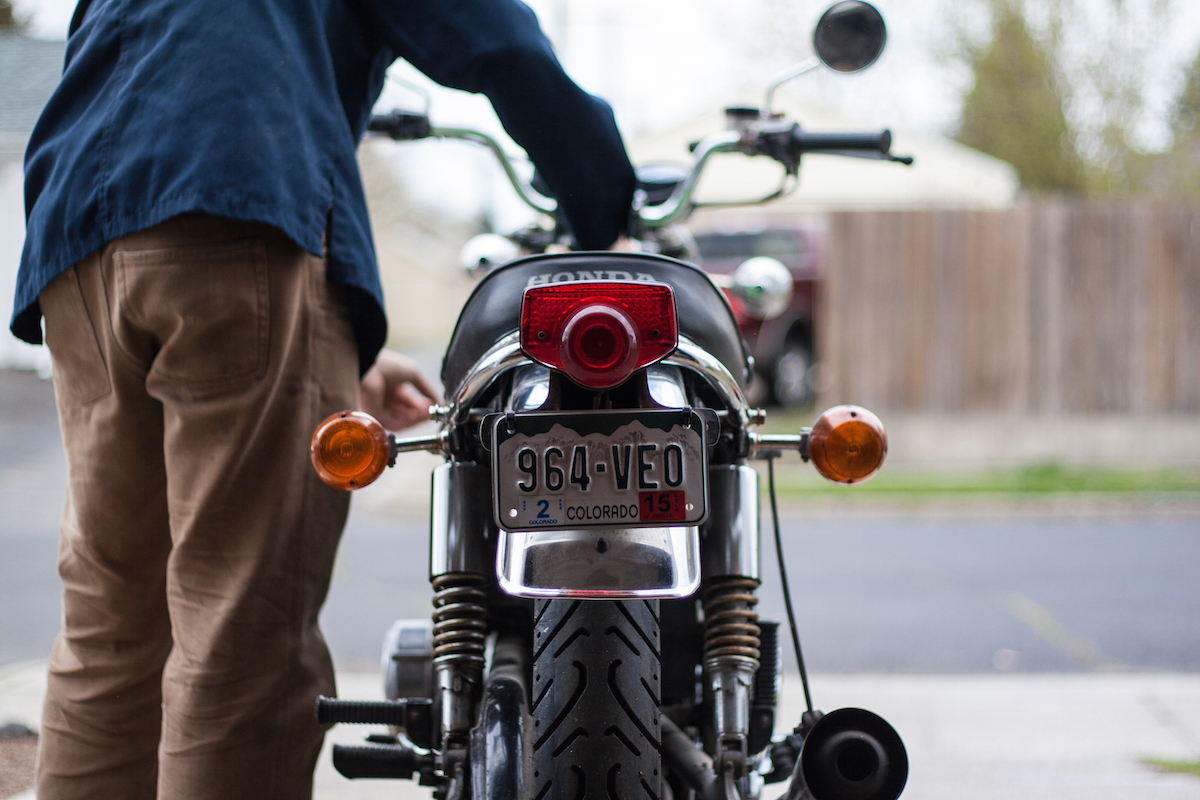 Journals We Think Are Particularly Cool up