In college, I was the owner of a tempestuous old road bike nicknamed “the widow maker,” just before it went missing forever. It was baby blue, like the eyes of the siren it was. In the spring before I left the bike to rot, I was riding down a series of steep hills outside of town. It was a beautiful road, washed with spring rain, lying half-uncoiled into a set of sharp turns that looked like they’d always go downhill. People who have ridden bikes for any time know something about navigating tight turns; for example, it’s important to keep your inside petal up as you lean the bike, though this was something I did not know.

Pedaling through a turn, I smashed the pedal against the road, hard enough to throw the bike over on its side. I’ve heard people say that you sometimes experience accidents in slow motion, and it’s true. The bike bent sideways, the tires turned over into a pair of perpendicular lines. It was the kind of crash that sprays the bike and the rider across the road. I stopped dead center. The bike went off somewhere into the bushes.

I was, to my shock, alive, and mostly unscathed. In fact, I was clean enough to go to class, except for a knee, which had borne the brunt of the fall. That knee looked like it had just wandered past a Beware of Dog sign. As I walked the bike home, my knee swelled to inhuman size and started to ache. By the time I arrived back home, it felt like the joint was full of broken glass. Painful, yes, but it was in fact the beginning of a unique restoration because of a simple complication.

I love to run. 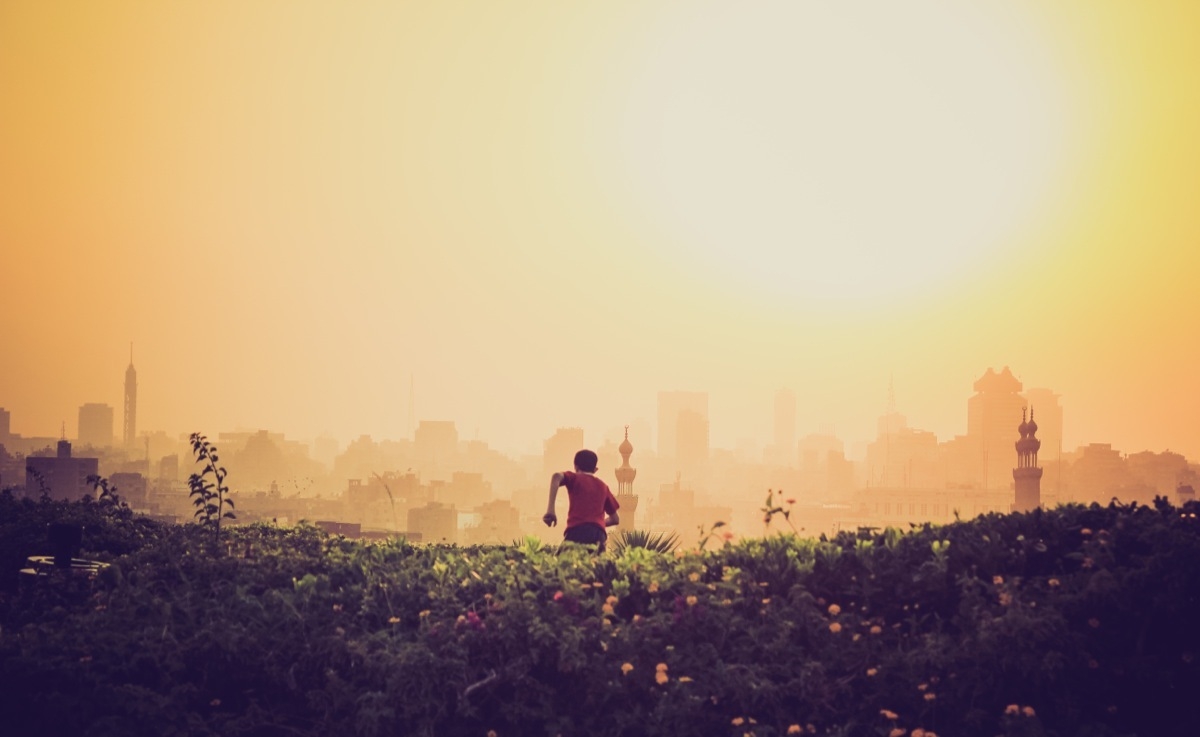 I know. Usually when someone says that, they mean a host of other things: morning, masochism, rhythm, sweat, short shorts, to be their own avenging wind, but still, there it is. I love to run. I love to move, to feel like legs are a fast horse over which you exercise only partial control. Of course, after dashing my bike (and self) against the road, there was no running to be done, and so I employed a simple strategy: run again, as quickly as possible. People who have been injured know this is not a good plan. But here’s the thing: by jogging (half-limping) across the hills of Colorado, the internal monologue which had persisted unnoticed for I don’t know how long was turned up to cacophonous volume. It was a single note. A broad, extending song of disappointment.

It’s amazing, really, how quickly I am angered by exhaustion.

The feeling is hardly commensurate with the experience; uninjured, my speed is snug, nestled on the leeward side of averages. But then, I’m fairly certain that the feeling is not concerned with the skill itself. In running—slowly—the broad experience of being behind found itself a set of legs. It was not exhaustion only, but the lack of mastery which seemed to characterize my larger experience. And still, there it was: me out running/walking/limping, and an ongoing experience of disappointment. 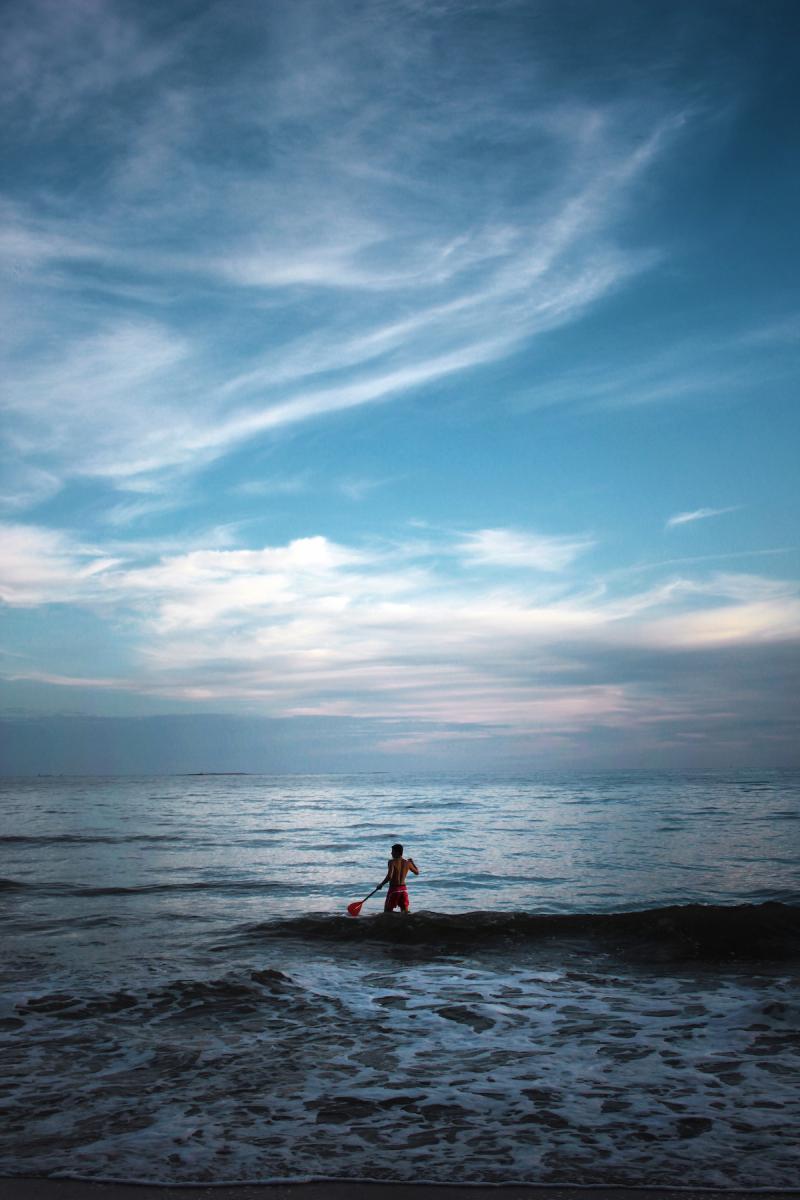 Then, one afternoon in June, I was walking off toward a stand of trees that hid a short trail, when I was interrupted by an offer. I will father you here, it said. I paused. While I am someone who believes that conversational relationship is eminently available with Jesus, it hadn’t occurred to me before that it might extend to technical advice. I’d never asked him, “Which engine cleaner?” and heard, Diethyl ether, because it’s a more volatile hydrocarbon. (I still haven’t heard that one.) But then it came again, clear as a printed line: I will father you here.

It is often difficult to move past the pent up longing that arises when such an offer arrives. But still, there was some deep shift in answer, less a response than a need, and I started to run, slowly, off toward the hills.

It was like stepping through a door into a room of ragged breaths, as running often is. Amazing, how quickly my experience of the world can change from warm summer contentment to suffering. Immediately, my own feelings of frustration and disappointment began to build. But then, more for the chance of it than anything else, I turned my heart to the place where it can hear, and waited. What do you think of this? I felt, more than said. And immediately, there came the response, Looks a little quick for a warm up. 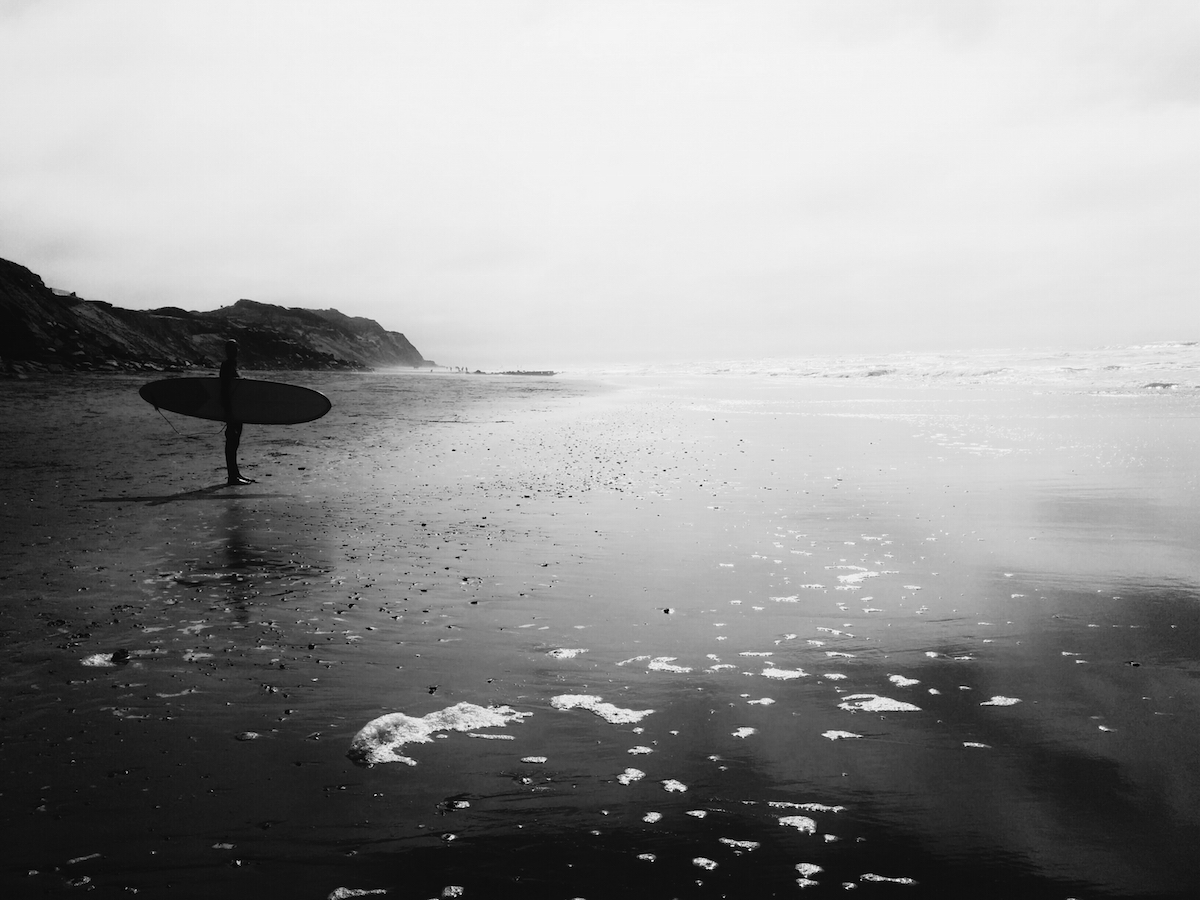 They were the opening lines of an ongoing conversation that is one of my very favorites. For an entire summer, it was, “What do you think for today?” and, Maybe a few hill repeats and an emphasis on rolling afterward, or, “How’s this pace?” Amazing. Like Seabiscuit. On one extremely memorable occasion, as I trotted my way up a hot, unending, dare I say Sisyphusian hill, I finally said, “I don’t think I can go any farther,” and heard the Father say, Oh, just to that next telephone pole, and so I ran to it, lungs bursting. Then, right upon reaching it, I heard him say again, And just that next one. I felt my heart respond, You said one more, and him answer, without a pause, Well, I thought you said you couldn’t run any farther. Out of breath though I was, I limped the next fifty feet, laughing.

I admit this sounds a little...odd. Runners have mantras and running dialogues and such, but this, a young man jogging around town chatting with the Ancient of Days, looks a little less sane. In reality, it comes down to two foundational truths. The first is that God is relational to the very core. If you have ongoing curiosities about conversational intimacy, you might check out other articles in this magazine—“Listen Up,” for example. But really. Jesus demonstrated in the incarnation that there is no barrier he will not break to make himself available and to reconcile us to him. Chatting with a young runner is hardly out of the question.

And second, tucked in the book of John, is this one:“I will ask the Father, and he will give you another advocate to help you and be with you forever— the Spirit of truth. The world cannot accept him, because it neither sees him nor knows him. But you know him, for he lives with you and will be in you. I will not leave you as orphans; I will come to you.” Given the overt availability of Fathering, I am regularly astonished by how rarely I ask or look for it or how quickly I am disappointed when there seems to be no answer. But really. We are promised we will be Fathered by the most trustworthy person there has ever been.

For me, it has taken place in my running, as I have learned to turn my heart to him as its interpreter and source of life. I haven’t won any competitions. As often as not, I was told to slow down, chill out, and enter in to something else. But running has become an experience of sonship, an overarching experience of relationship and delight. 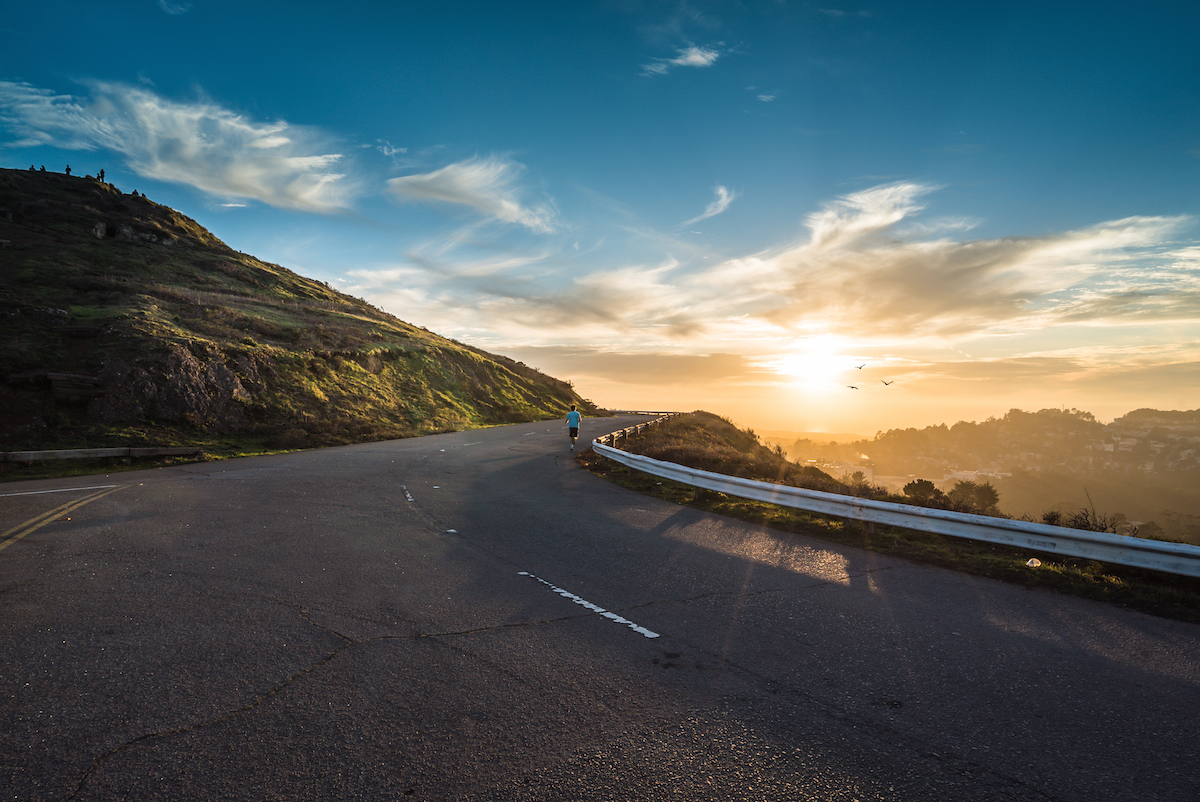 Getting to Beauty up Taking Ground