It’s a hot January day in Arusha. The morning sun is climbing higher into the sky, pressing its weight down upon the land. I’m forced to move my arm deeper into the Land Cruiser to escape further burn after the last week and a half of perpetually sunny days.

We’ve been here less than two weeks and already the variety of Tanzania has gripped me repeatedly: lush valleys with rolling hills, acacia trees picked over by giraffe, glacial water running down mountains hidden by clouds, arid lands overgrazed by roaming herds of cattle and goats, advertisements painted on homes for Coca-Cola and beer and satellite TV.

The car bumps and rolls down the dirt streets of town. Outside, hundreds of people pass by with odd pieces of hardware, both selling and buying from the multitude of tiny shops no larger than a closet. This is where most of the world’s reusable parts of engines, tractors, refrigerators, and anything else with moving parts end up. 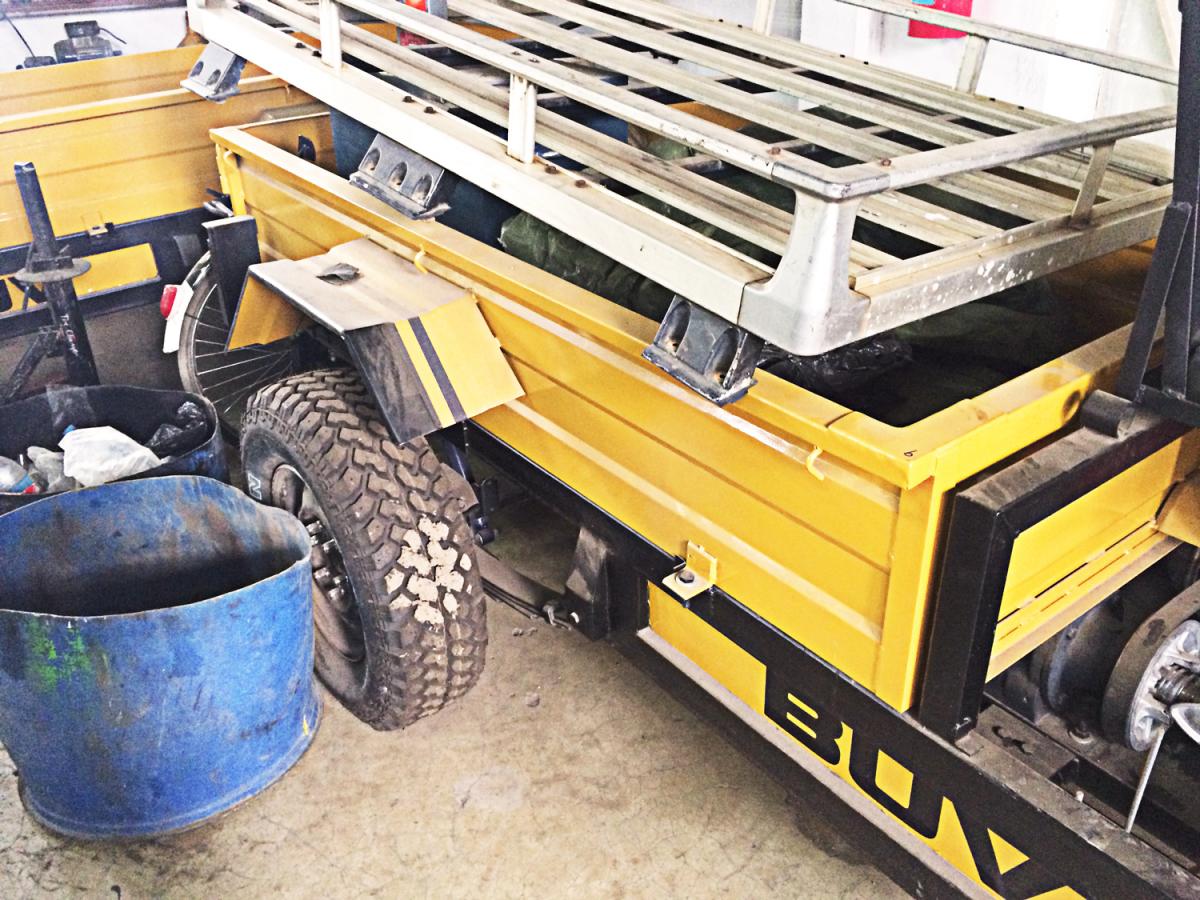 Further down the street we turn into a large complex of warehouses rented out to a variety of enterprises by SIDO (Small Industrial Development Organization), and we pull up in front of our destination: BUV Tanzania. Although it’s not yet noon, the workshop is already busy: welding sparks flying, men moving a partially-assembled utility vehicle beside a fully completed electrical set to be combined later. Outside several friendly employees work to load one of the finished products onto a trailer, the BUV (Basic Utility Vehicle) itself which looks like a hybrid between a monster truck and a tricycle.

Our hosts, Byron and Lisa Borden, tell us that the goal of BUV Tanzania is multifaceted. The vehicles themselves are sold to farmers who before couldn’t get their crops to the local towns or marketplaces, thereby establishing a means for economic growth on the individual and family level. The creation and maintenance of the vehicles uses local materials and local help, turning Average Joes into skilled craftsmen. The Bordens have been in Africa for 30 years now, and the model they employ is “business as mission.” 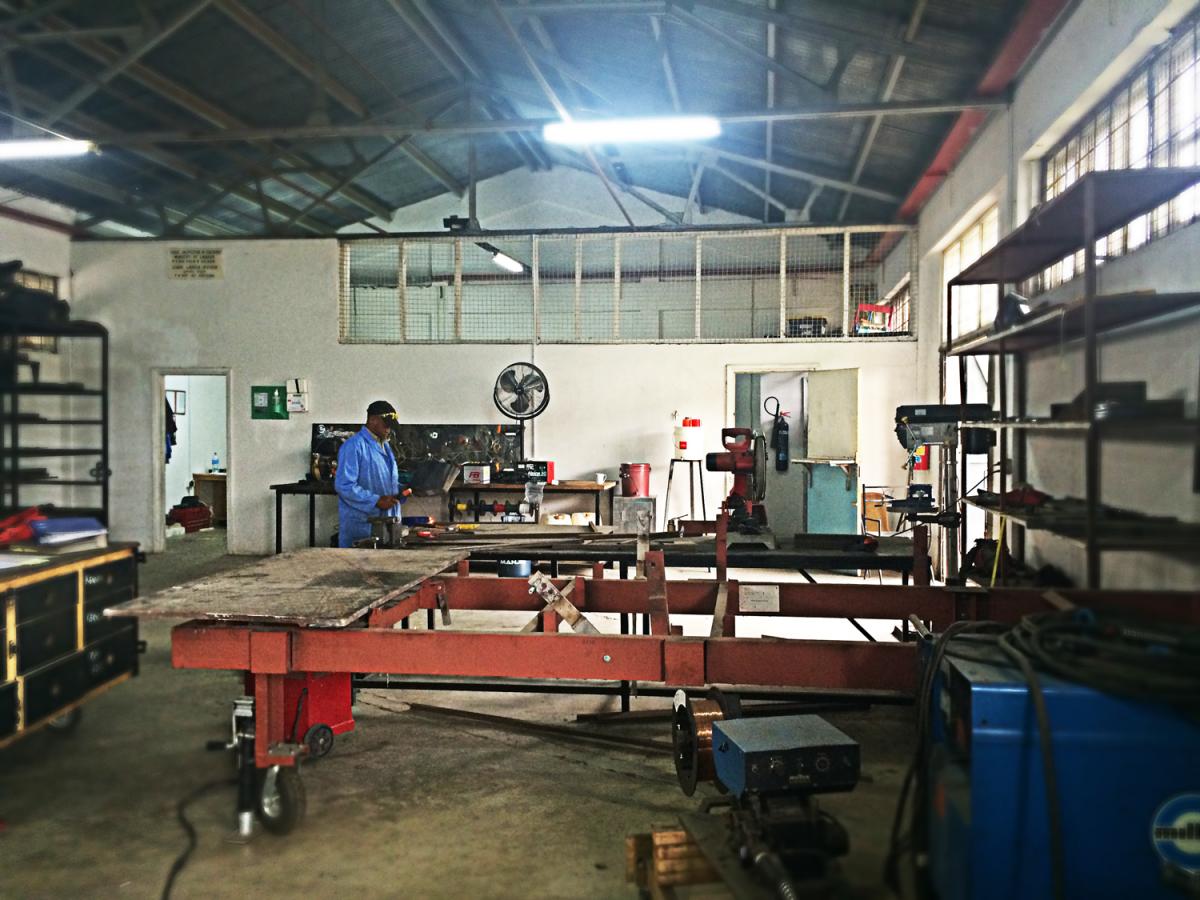 When we hear the word “aid” combined with the word “Africa” in the same sentence a multitude of images come to mind. And it is a mixed story. More initiatives send money to the ambiguous “Africa,” more projects are funded and abandoned, more food aid is sent to refugee camps on that continent than any other.

And yet the model is shifting. International aid and local responses alike have seen funding disappear from projects time and again. There are enough broken wells across Africa to make the world’s largest connect-the-dots. In Somalia the way of life of entire people groups has changed due to reliance on food aid… the list goes on. 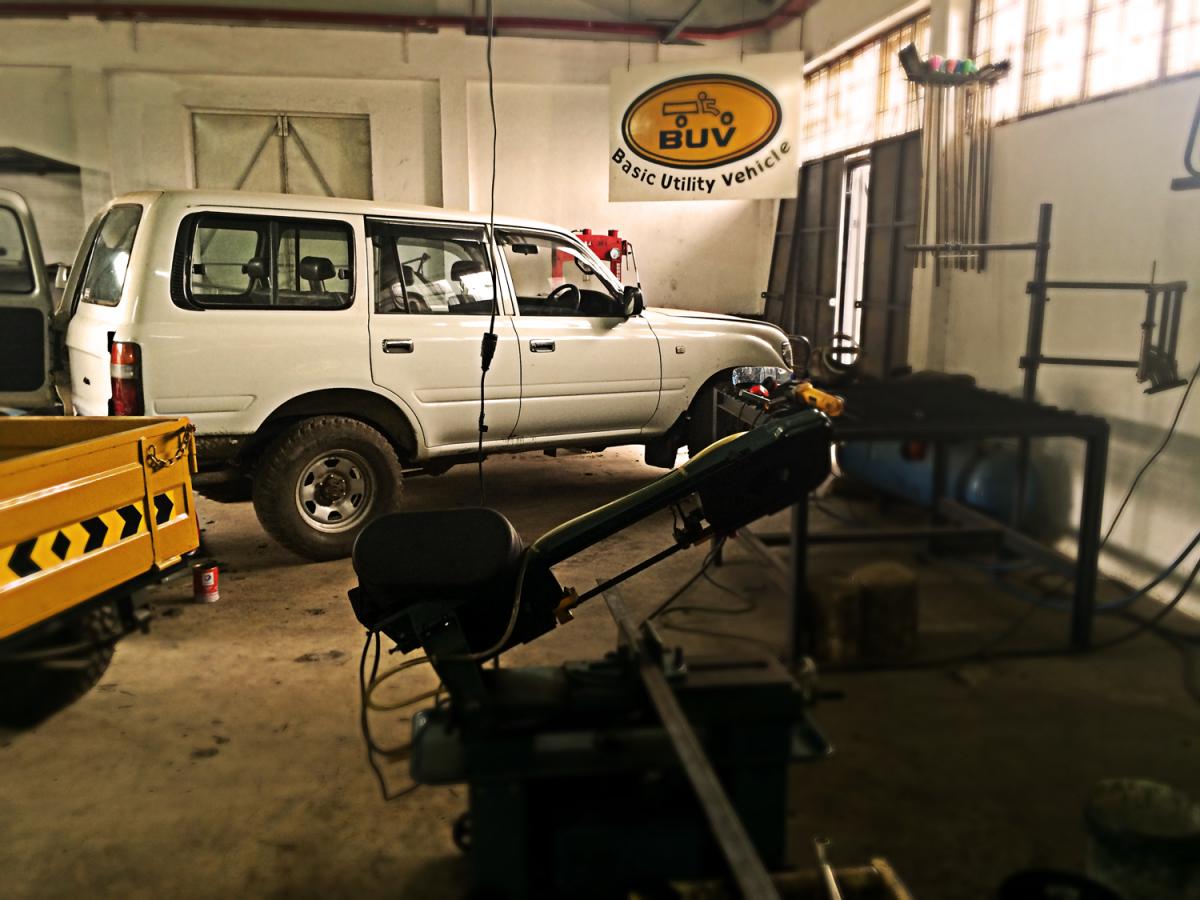 Walking through the town of Arusha I saw people wearing t-shirts from Trader Joe’s Staff, WWE Smack Down, and 1997 Sigma Omega Phi Vegas Reunion to name a few. “Africa” is where we dump our post-thrift store clothes heaps. Most relief efforts in the past have followed the “give and hope it helps” mentality. And yet, of the few local Tanzanians I met, they all seemed to be asking for the same thing: give us the means to stand on our own; don’t just give.

Byron and Lisa Borden aim to do just that. They created WEMA Ventures which partners with projects like BUV Tanzania to create self-sustaining micro-economic development models. The idea is to create small businesses or use micro-loans to help small, but effective business projects get off the ground, projects which both employ and are run by locals, all seeking to do short and long-term good.

It’s a different model than we’re used to. It certainly requires more than spare change in a bucket. But standing there in that warehouse, watching the joy of the men building those BUV’s and knowing they are creating a strong local economic model, it sure seemed to make sense.

Editor's Note: To find out more about the Bordens and Wema Ventures check out their website: http://www.wemaventures.org/ 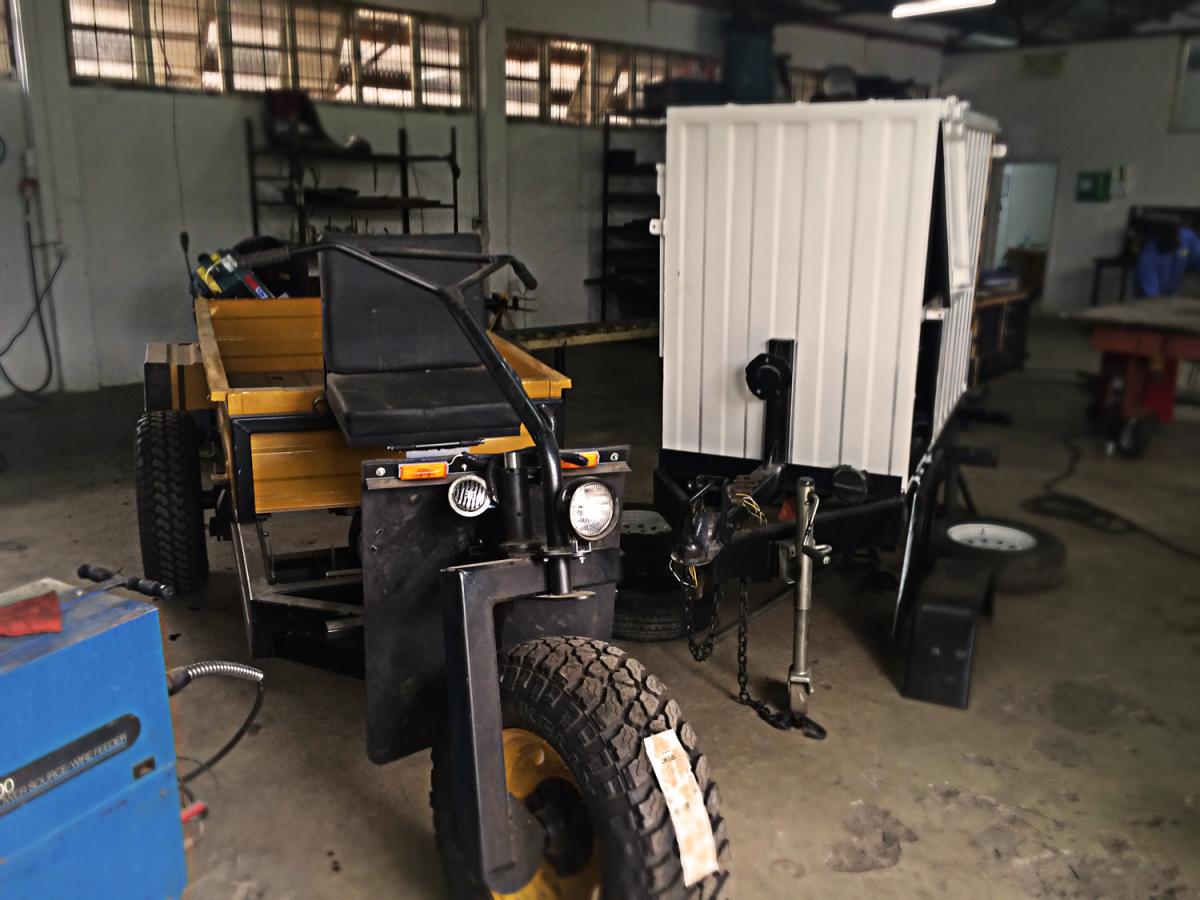