The news reports this fall on the execution of children by Isis guerrillas left us all speechless.

We received a number of desperate emails crying out for prayer. It was—and remains—horrible.

All this lingers in my mind as I re-read an often-overlooked portion of the Christmas story:

Herod was furious when he learned that the wise men had outwitted him. He sent soldiers to kill all the boys in and around Bethlehem who were two years old and under, because the wise men had told him the star first appeared to them about two years earlier. Herod's brutal action fulfilled the prophecy of Jeremiah: "A cry of anguish is heard in Ramah—weeping and mourning unrestrained. Rachel weeps for her children, refusing to be comforted—for they are dead." (Matthew 2:16-18)

The parallel is so stark I almost want to ask for a moment of silence. 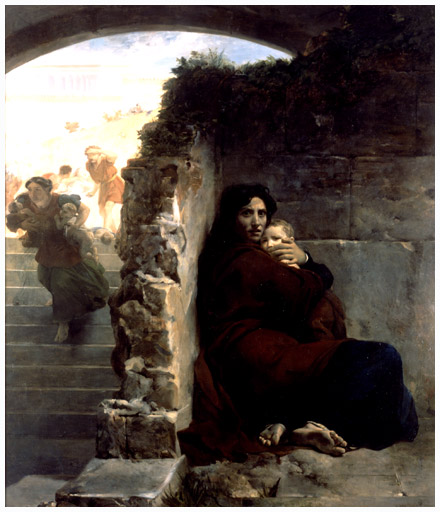 I have never seen this part of the story portrayed in any pageant or manger scene. For those of us raised in middle America, this genocide was completely left out of our Christmas understanding. Our visions of the nativity were shaped by classic Christmas cards and by the lovely crèche displays in parks, on church lawns, and on many coffee tables. And while I still love those tableaus very much, I am convinced they are an almost total re-write of the story. 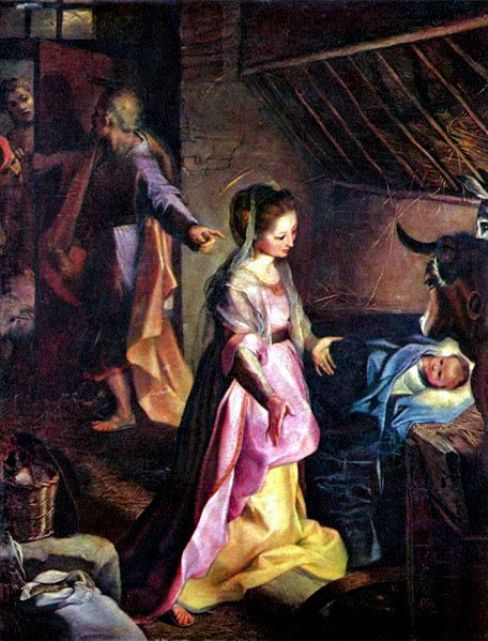 On the night before the military “massacre of the innocents,” as it has come to be called, another urgent moment took place:

This, too, seems right out of the devastation in the Middle East—refugees fleeing for their lives, taking cover in a foreign country. But I haven’t seen this portrayed in the lovely imagery surrounding Christmastime either. I understand, the imagery is dear to many of us, but it is also profoundly deceiving; it creates all sorts of warm feelings, associations and expectations—many quite subconscious—of what the nature of the Christian life is going to be like for us. 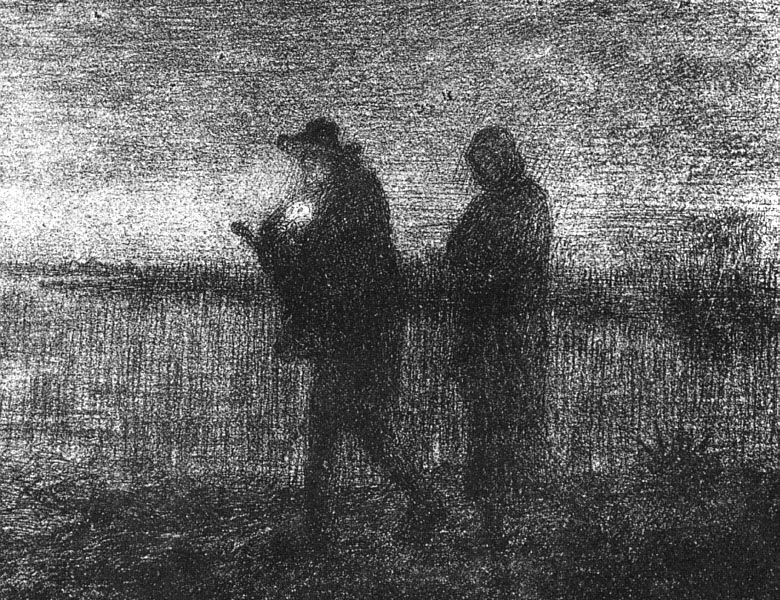 The omissions are, in fact, dangerous—the equivalent of ignoring the movements of Isis.

Contrast your associations with Christmas night to this description given to us from heaven’s point of view:

I saw a woman…She was pregnant, and she cried out in the pain of labor as she awaited her delivery. Suddenly, I witnessed in heaven another significant event. I saw a large red dragon with seven heads and ten horns, with seven crowns on his heads. His tail dragged down one-third of the stars, which he threw to the earth. He stood before the woman as she was about to give birth to her child, ready to devour the baby as soon as it was born. She gave birth to a boy who was to rule all nations with an iron rod…

Then there was war in heaven. Michael and the angels under his command fought the dragon and his angels. And the dragon lost the battle and was forced out of heaven. This great dragon—the ancient serpent called the Devil, or Satan, the one deceiving the whole world—was thrown down to the earth with all his angels…And when the dragon realized that he had been thrown down to the earth, he pursued the woman who had given birth to the child. But she was given two wings like those of a great eagle. This allowed her to fly to a place prepared for her in the wilderness, where she would be cared for and protected from the dragon for a time, times, and half a time…Then the dragon…declared war against the rest of her children—all who keep God's commandments and confess that they belong to Jesus. (Revelation 12)

Startling. Vivid. Disturbing for sure. And an essential part of the story. 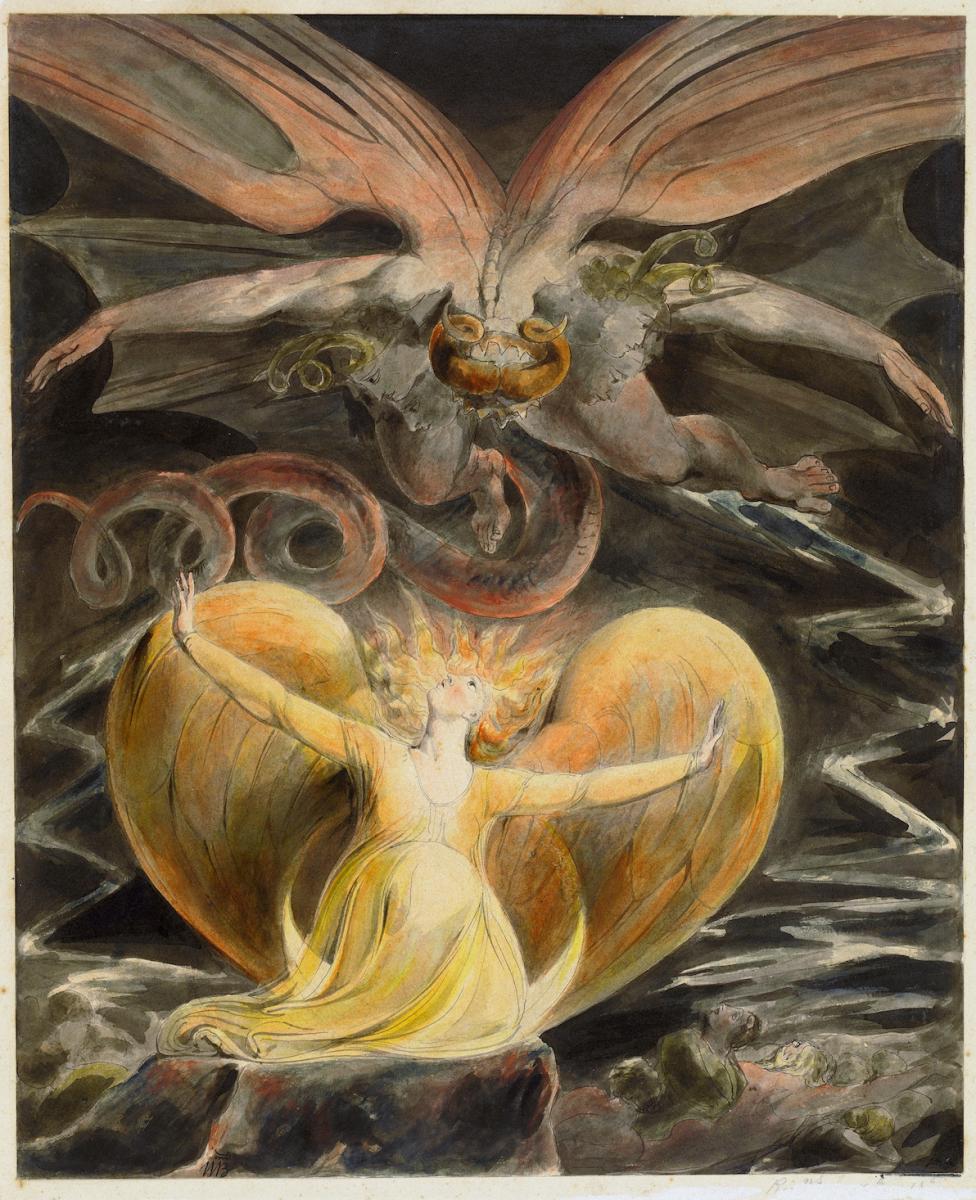 I would pay good money to have a nativity scene with this included. Not only would it capture our imagination, I think, but it would also better prepare us to celebrate the holidays and to go on to live the story Christmas invites us into.

Yes—Christmas is the glow of candlelight on golden straw, and a baby sleeping in a manger. It is starlight, shepherds in a field, and the visit of magi from the East. But Christmas is also an invasion. The kingdom of God striking at the heart of the kingdom of darkness with violent repercussions.

I think if this had informed our understanding of the birth of Christ, it would have better prepared us for our own lives, and the events unfolding in the world today. I think far fewer of us would be so… puzzled by the way things are going. For as JRR Tolkien warned, “It does not do to leave a live dragon out of your calculations, if you live near him.”