It’s 1953 and the Third American Karakoram Expedition to K2 is falling.

Tied together, the team is tumbling toward a 2000-meter fall to the Godwin-Austen Glacier. It goes like this:

George Bell slips in a storm and drags Tony Streather after him. The ropes catch around their feet, and down come the anchors: Gilkey, then Bell, Houston, and Molenaar. It’s Pete Schoening now, and boy is he on his own. The lines are spinning out to the night below him, the whole team whipping over the edge of the crag.

He stoops down. The rope’s in his hands. He throws it around his shoulders. Pete grips his ax and buries himself in the mountainside. Far below, the falls of five others were arrested in mid-air. 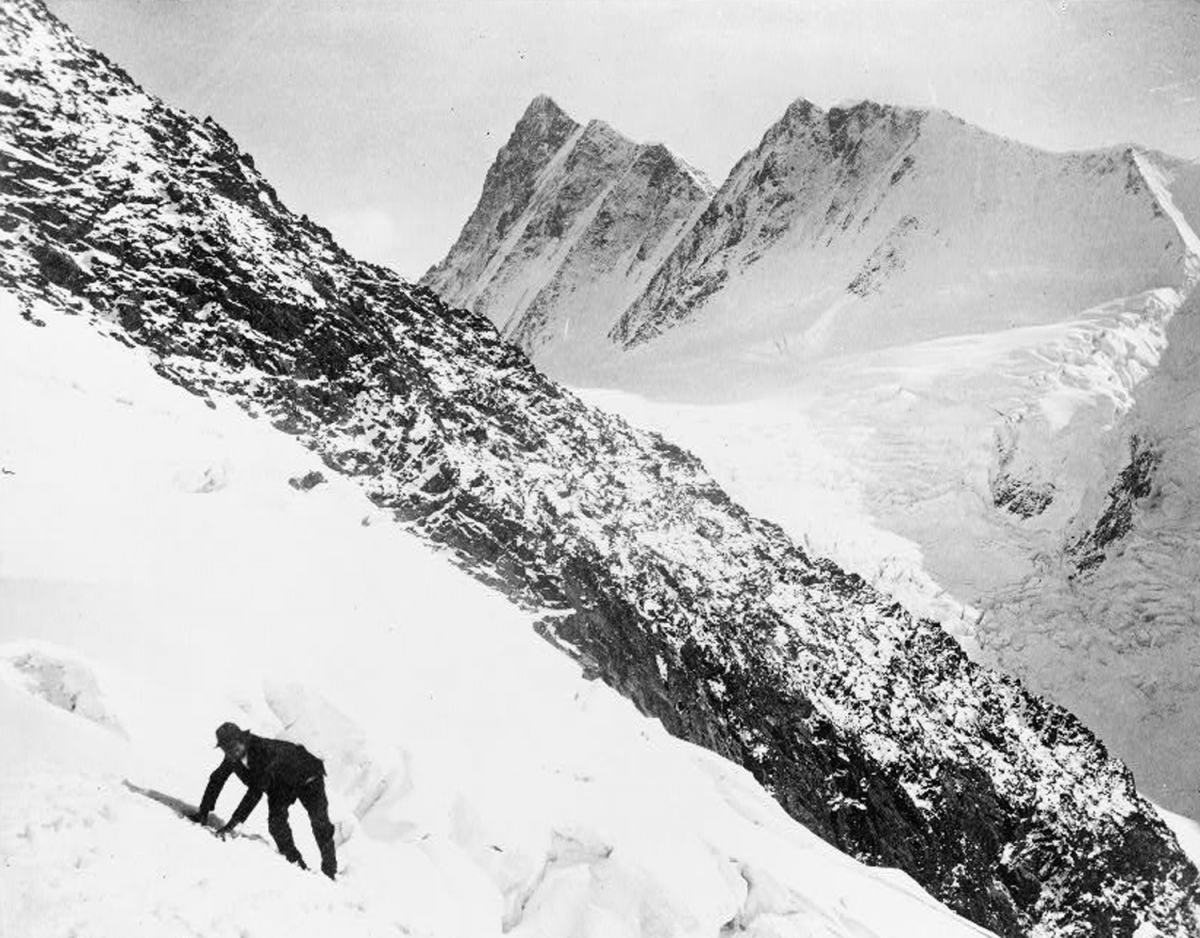 Oh, ye hammer of the gods.

Ice axes are like pocketknives. Or like motorcycles or Montana Micro Brews. We want them. And of course—they’re an incarnation of wildness. We also cannot imagine the qualification for their ownership.

I’ve always imagined it this way: enter you—the outfitter, pale, tired, and blurry around the edges. You find the axes by the same magnetic strategy salmon find their home rivers. You pick an axe. You lose fear, lose fingertips, lose all memories to frostbite except the headwall of the Eiger. A beard begins to grow, frost already clinging to the edges.

I’ve pressed into it for awhile now, and I’m convinced an ice axe is necessary for meaningful participation in the world. It’s like a seatbelt, or a fly rod, or the apprehension of speech. This is on account of two ice axe axioms:

1. An ice axe is useful for everything; and

2. Not one of its uses makes sense until you are actually holding an axe, adze rolling over on the shaft stiff as a railroad tie. 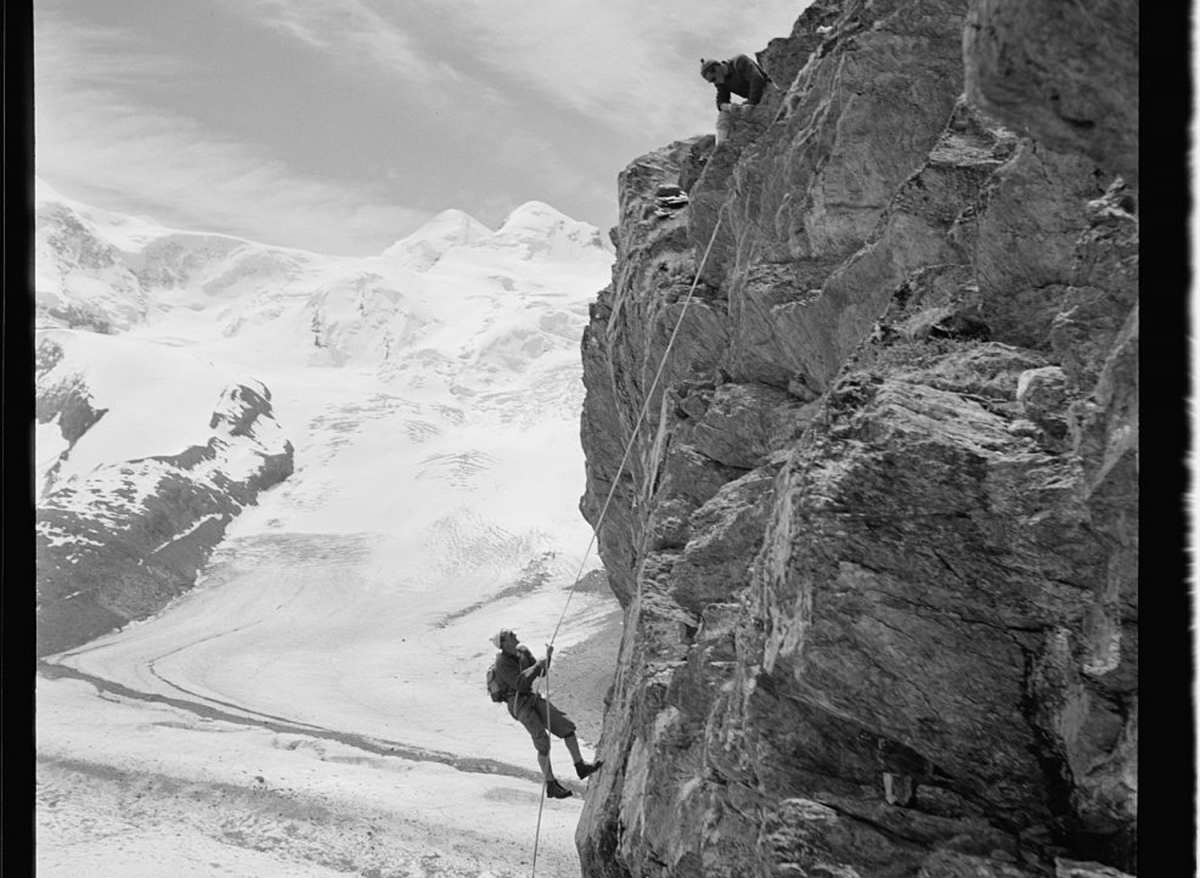 Which makes it like all tools, actually. Since it offers a new kind of action, it’s sort of impossible to imagine how the world looks through alpenstock-eyes. Carburetor float bowls don’t make sense without a screwdriver. Not calling your (my) mother isn’t an imaginable offense until the invasion of the cell phone.

More often than not, you’re drawn to tools on the hope you will learn to use them. In this case, on the risk that you will be drawn to steep ridges covered in snow bright as glass.

Hello, keys to the kingdom.

Ice axes do everything. Since this is rather a lot to think about, we’ve prepared the following ice axe primer. Bear in mind that (almost) all that follows happens in the snow. As in, ice axe. As in, if you are not climbing with Pete Schoening, or if you are Pete Schoening, know about avalanches. Snow is like, insane heavy. And that’s all we’ll say about that. 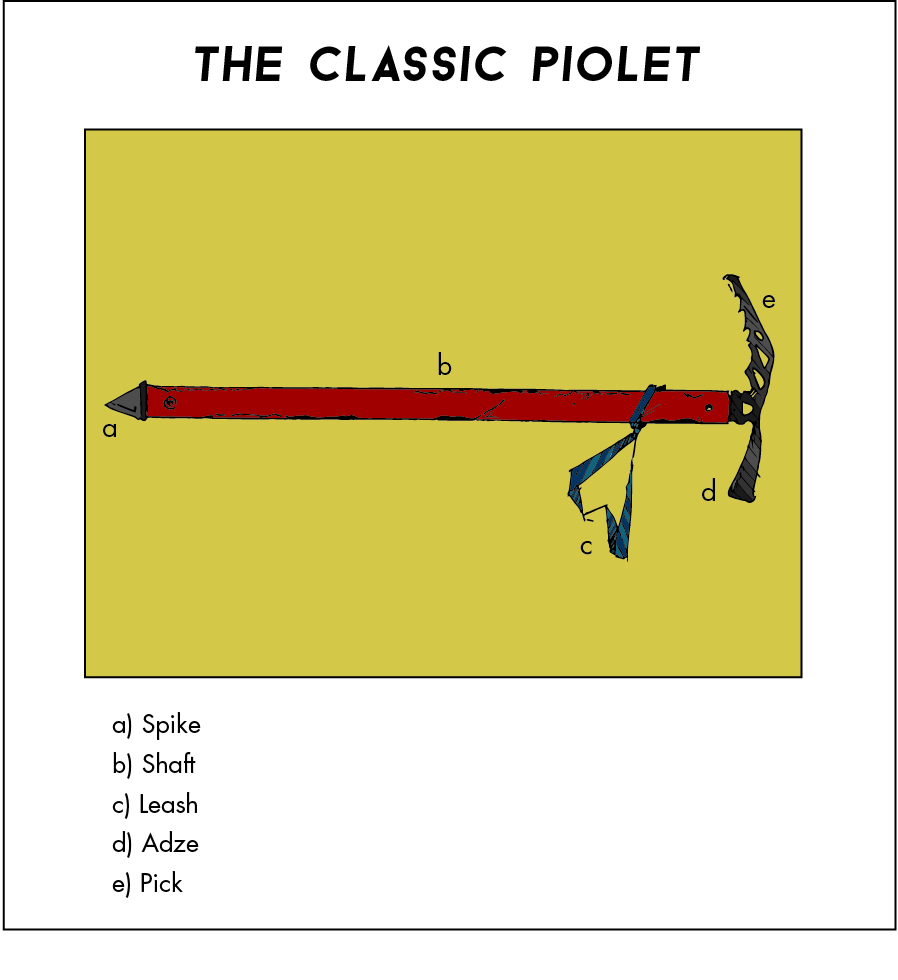 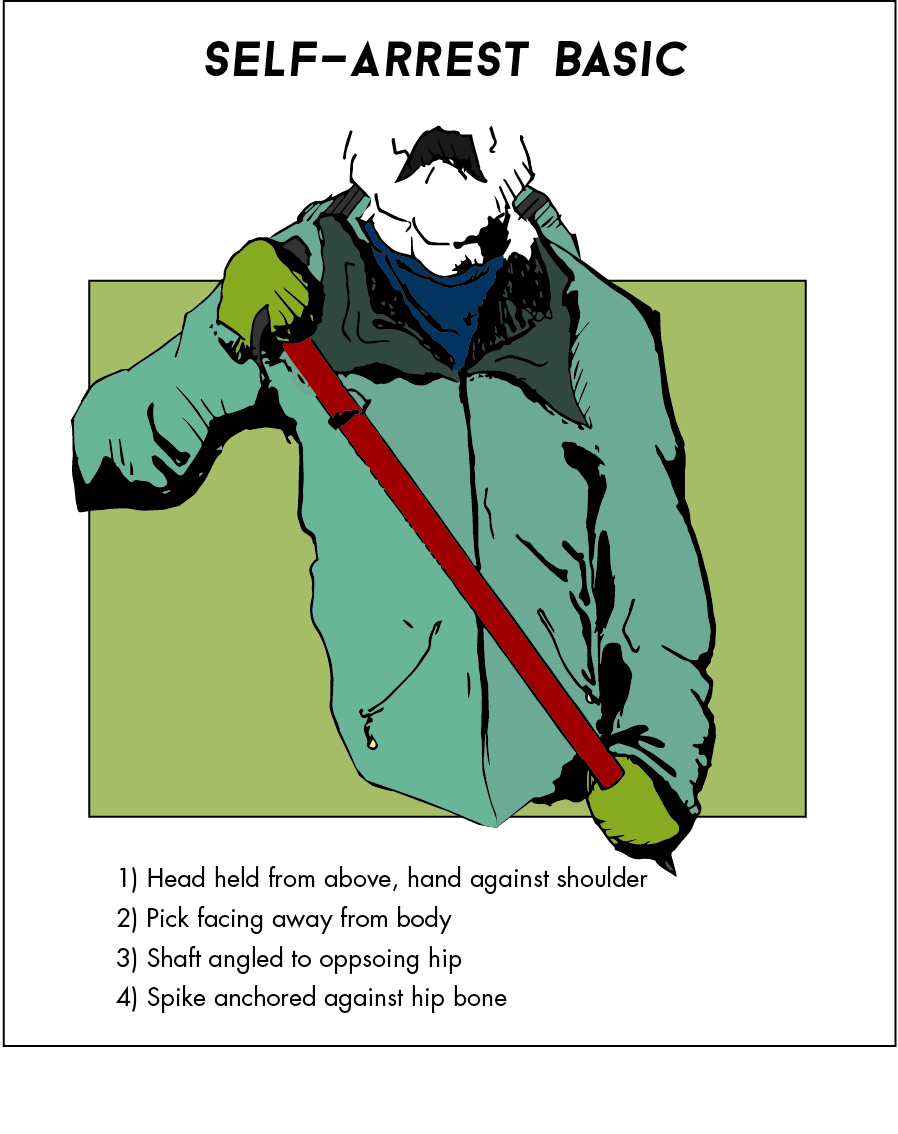 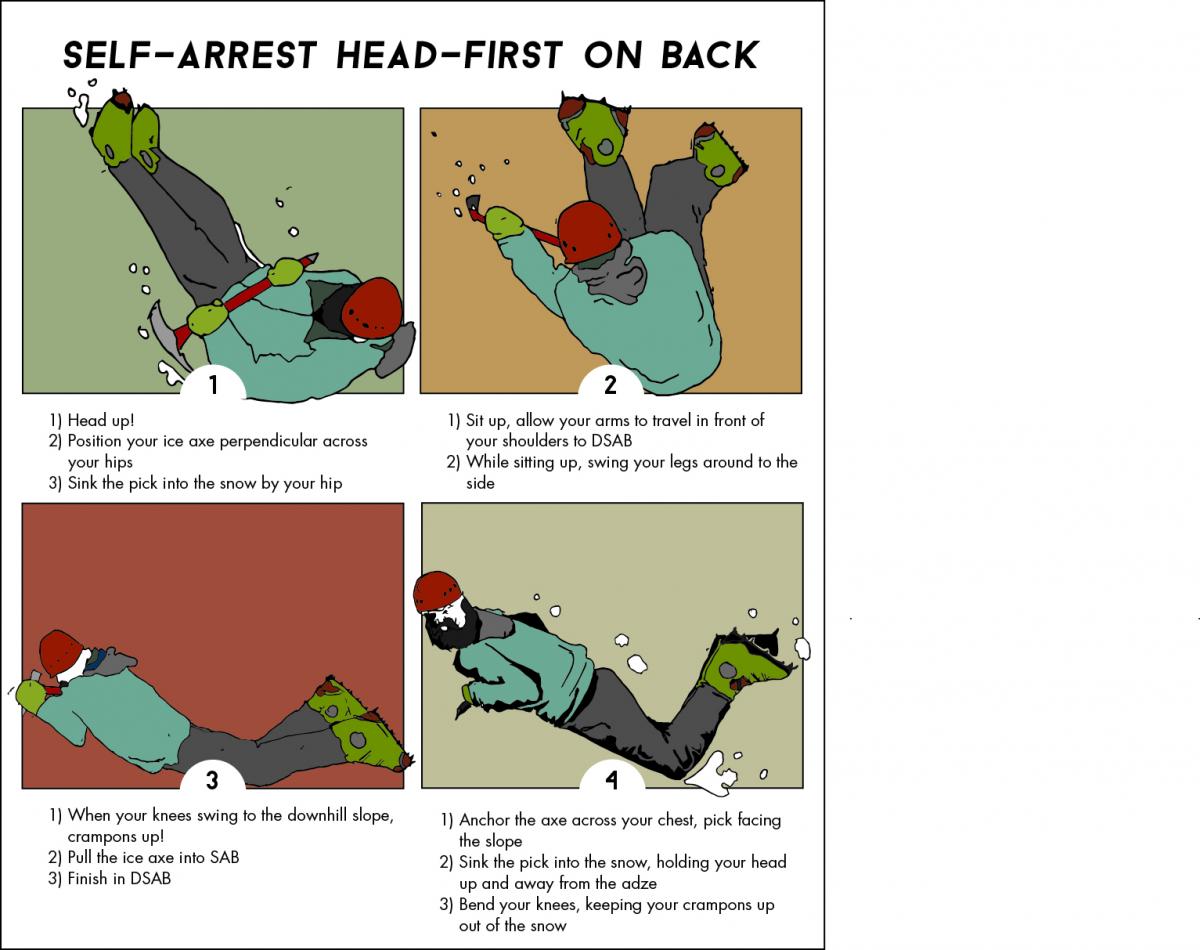 09 up Silence of a Snowy Wood