A Student of Poetry

It took only 300 years of written communication for humanity to start writing down poems, and before that, history, lore, and tradition were passed down orally through the use of verse. That is to say, we’ve always been doing it and we’re not going to stop. It’s in us.

I, for one, am glad. I was first introduced to poetry in my fifth grade Lit & Comp class (earlier if you count Dr. Seuss as poetry, which I don’t). Most of the poetry in elementary school involved thinking of as many ways as possible to talk about fire, because fire is cool, and self-discovery, such as what your inner animal is. 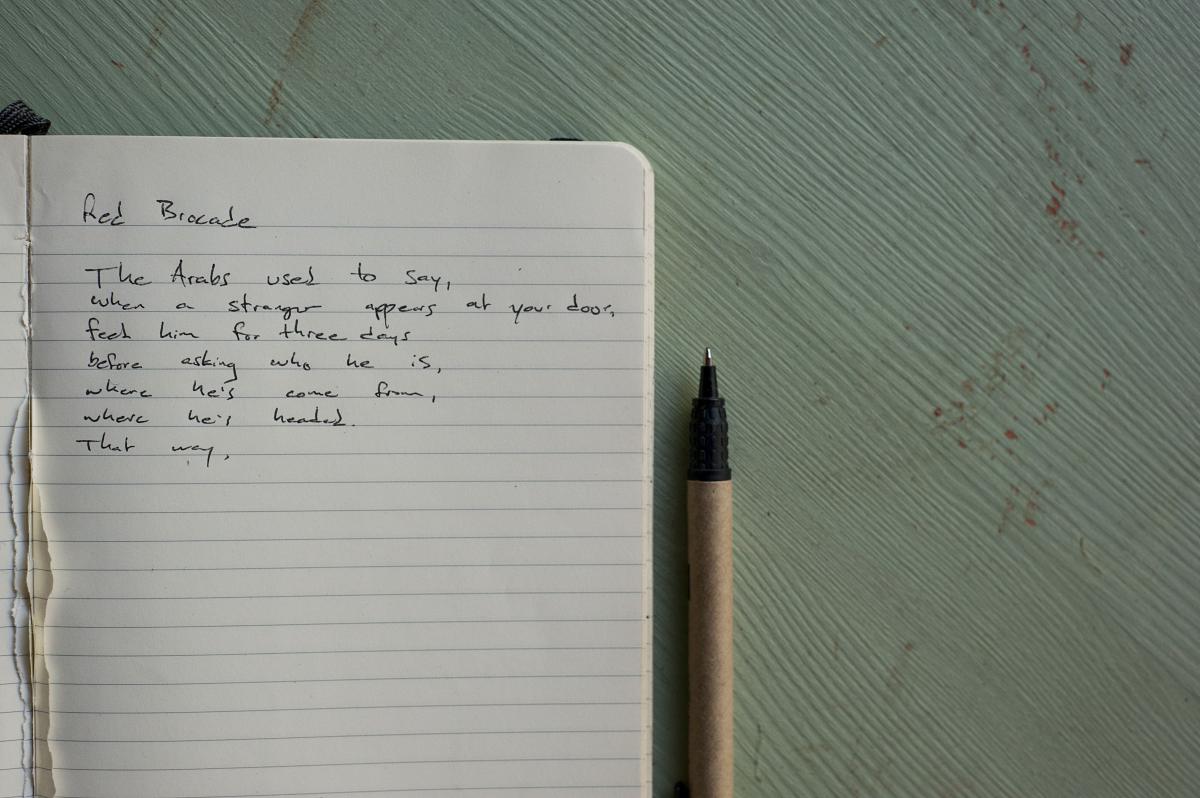 One of my pre-adolescent poems was accepted into a child-poets anthology, purchased exclusively by those child-poet’s mothers. But hey—if I’m “published” at 12 years old I must be destined for literary greatness—or so I thought. So I decided to continue to explore the medium.

The collective consensus looks at poetry as a dead form of rhyming that makes no sense and/or an outlet for serious angst. It is written either by Shakespeare or teenagers on Myspace. Good news, friends: this is not the case.

We have the Modernist movement of the turn of the 20th century to thank for that. Not to say that everything written before then was bad (I happen to adore Geoffrey Chaucer: “Your two great eyes will slay me suddenly” is such a killer line). But the poets of the turn of the last century—confronted with the immense mediocrity of the poetry of their period (think Myspace angst) as well as the incomprehensible death and suffering of World War I—broke from tradition and forged what poetry is today. 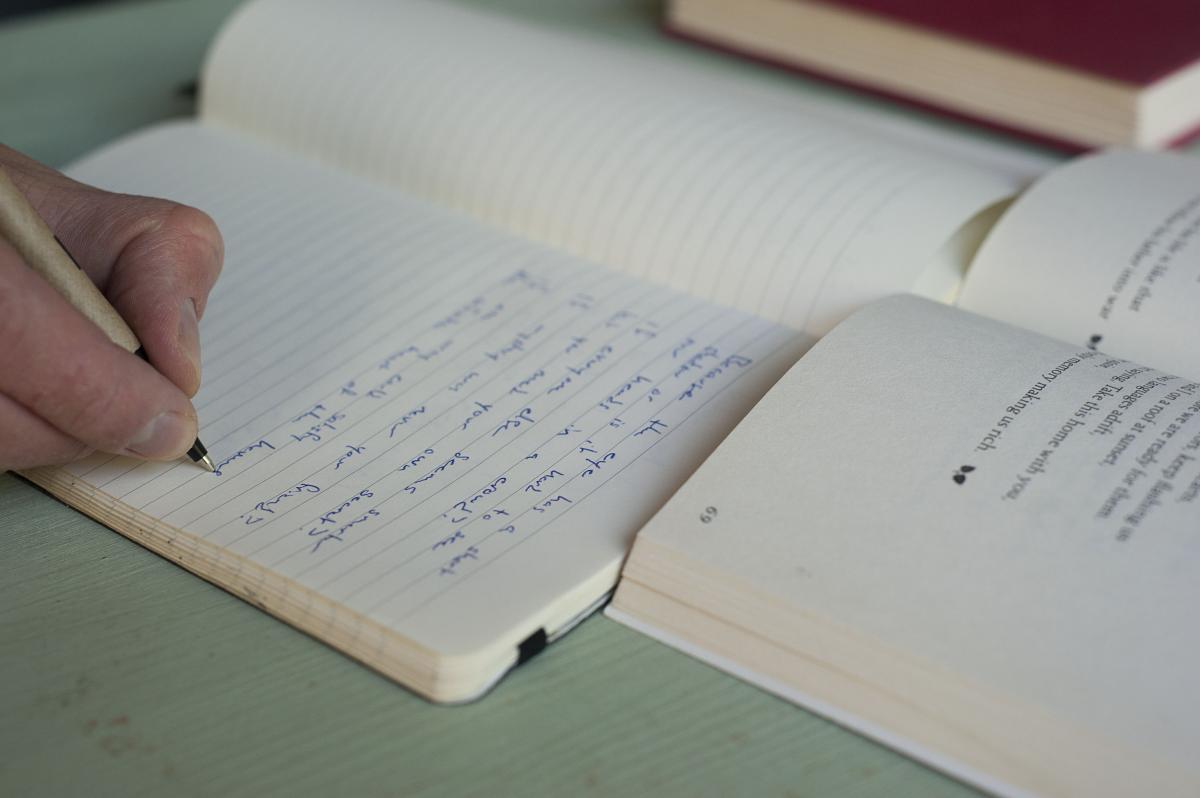 Reading poetry is often an act of catharsis—experiencing what otherwise could not be put into words.

Every man has two
battles to wage:
in dreams he wrestles with God;
awake, with the sea.
Antonio Machado, Poem 34

The world is charged with the grandeur of God.

It will flame out, like shining from shook foil;
It gathers to a greatness, like the ooze of oil
Crushed. Why do men then now not reck his rod?
Generations have trod, have trod, have trod;
And all is seared with trade; bleared, smeared with toil;
And wears man's smudge and shares man's smell: the soil
Is bare now, nor can foot feel, being shod.

And for all this, nature is never spent;
There lives the dearest freshness deep down things;
And though the last lights off the black West went
Oh, morning, at the brown brink eastward, springs —
Because the Holy Ghost over the bent
World broods with warm breast and with ah! bright wings.

Poetry is an outlet for commentary on the human experience and a celebration of beauty for beauty’s sake. Through the shortening of the text in the poem, what is there becomes far more significant, provocative, focused. With less information and fewer ideas, the poem can hone in on the subject to a much higher degree. 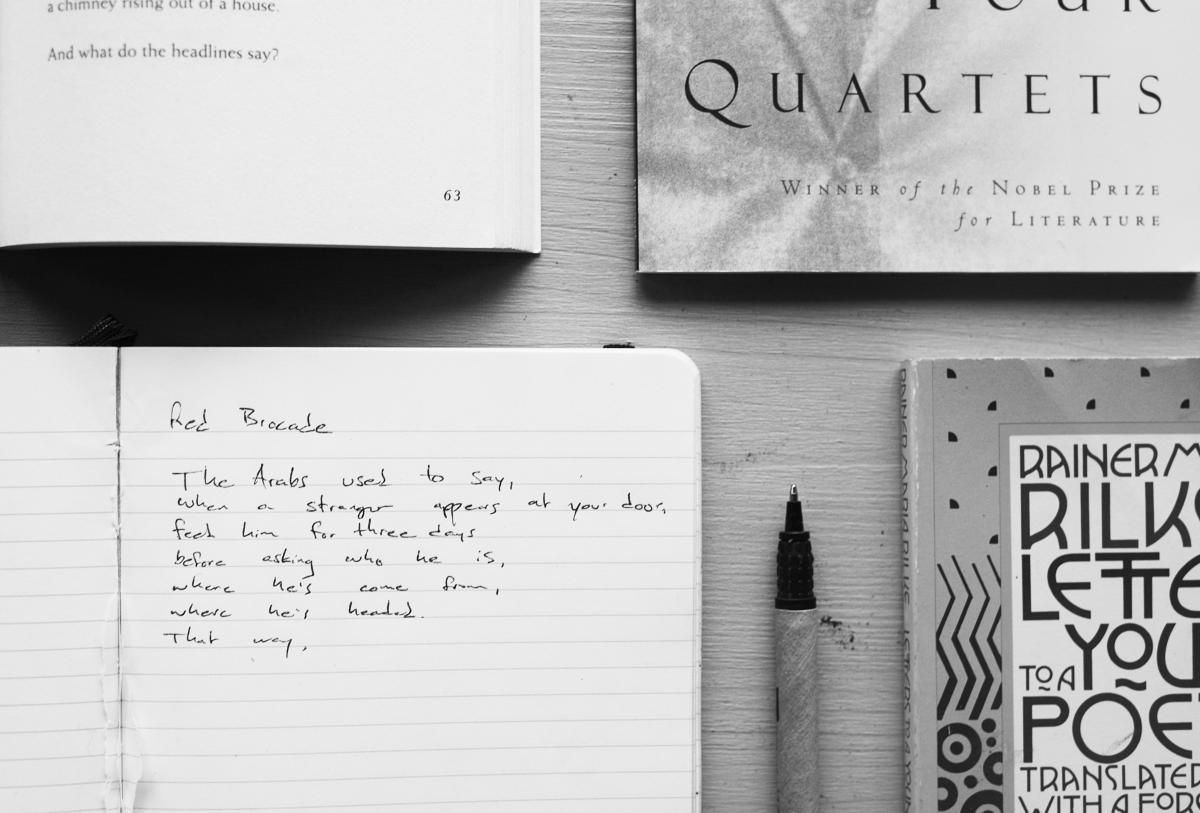 Whatever is being felt, or discussed, is in consequence heightened significantly in intensity. It’s like a roller coaster in your head. That, combined with the fact the poetry constructs its language to simply sound good, creates a delicious experience.

It was like the moment when a bird decides not to eat
from your hand,
and flies, just before it flies, the moment the rivers seem
to still
and stop because a storm is coming, but there is no
storm, as when
a hundred starlings lift and bank together before they
wheel and drop,
very much like the moment, driving on bad ice, when it
occurs to you
your car could spin, just before it slowly begins to spin,
like
the moment just before you forgot what it was you were
about to say,
it was like that, and after that, it was still like that, only
all the time.
Marie Howe, Part Of Eve’s Discussion

Writing poetry has, for me, always been an act of catharsis—getting onto the page what the heart cannot hold indefinitely. I can’t say I’ve been published outside of Young American Poetry Digest, but I can say its gotten better than talking about how I’m actually a polar bear.

Editor's Note: Dive in--pick up Four Quartets by TS Eliot, or Diary of an Old Soul by George MacDonald, anything by Antonio Machado, or Gerard Manley Hopkins; try a compilation entitled Ten Poems to Change Your Life by Roger Housden. 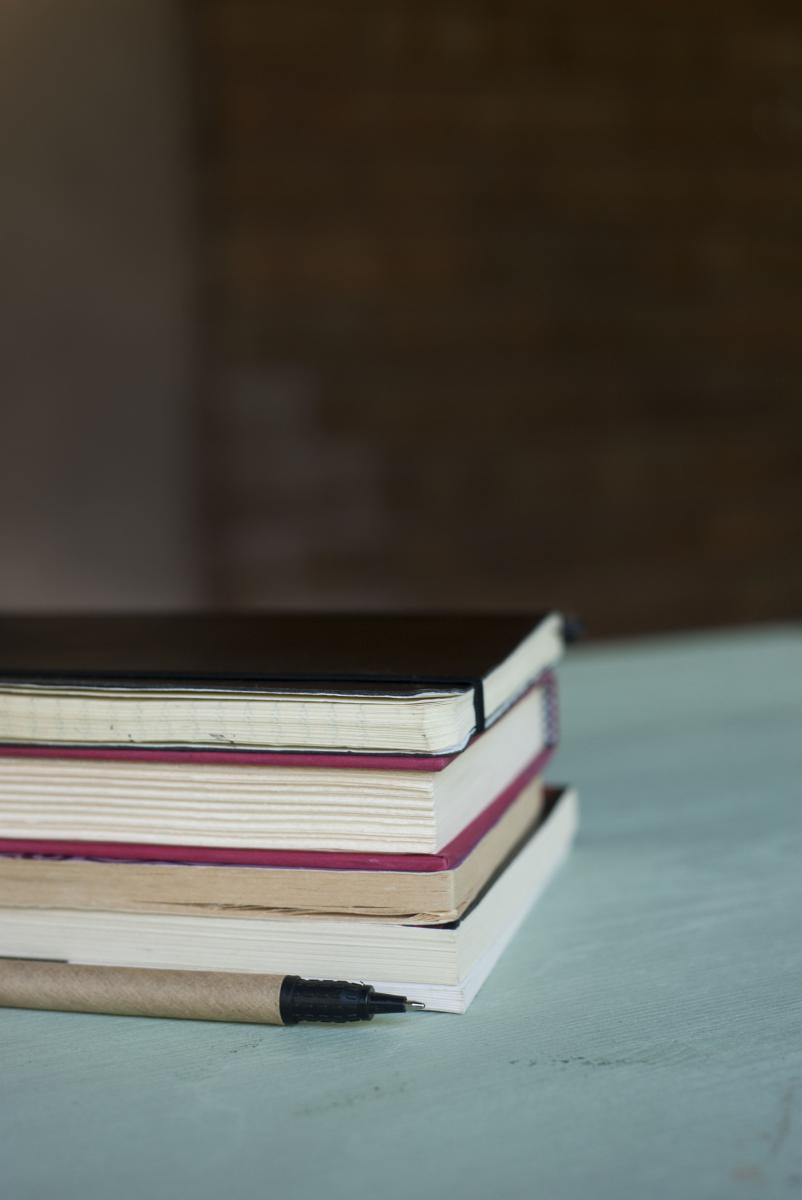