Wild and Free – A Conservation Ethic

I nearly pissed myself.

Lightning ripped through the ground and I could feel its energy, even hear a faint, eerie hum. The air sizzled, the sky ablaze as the sun dropped behind the jagged peaks of the Flat Tops Wilderness Area. The sound of bull elk bugling in the early twilight crescendoed around me from every direction. 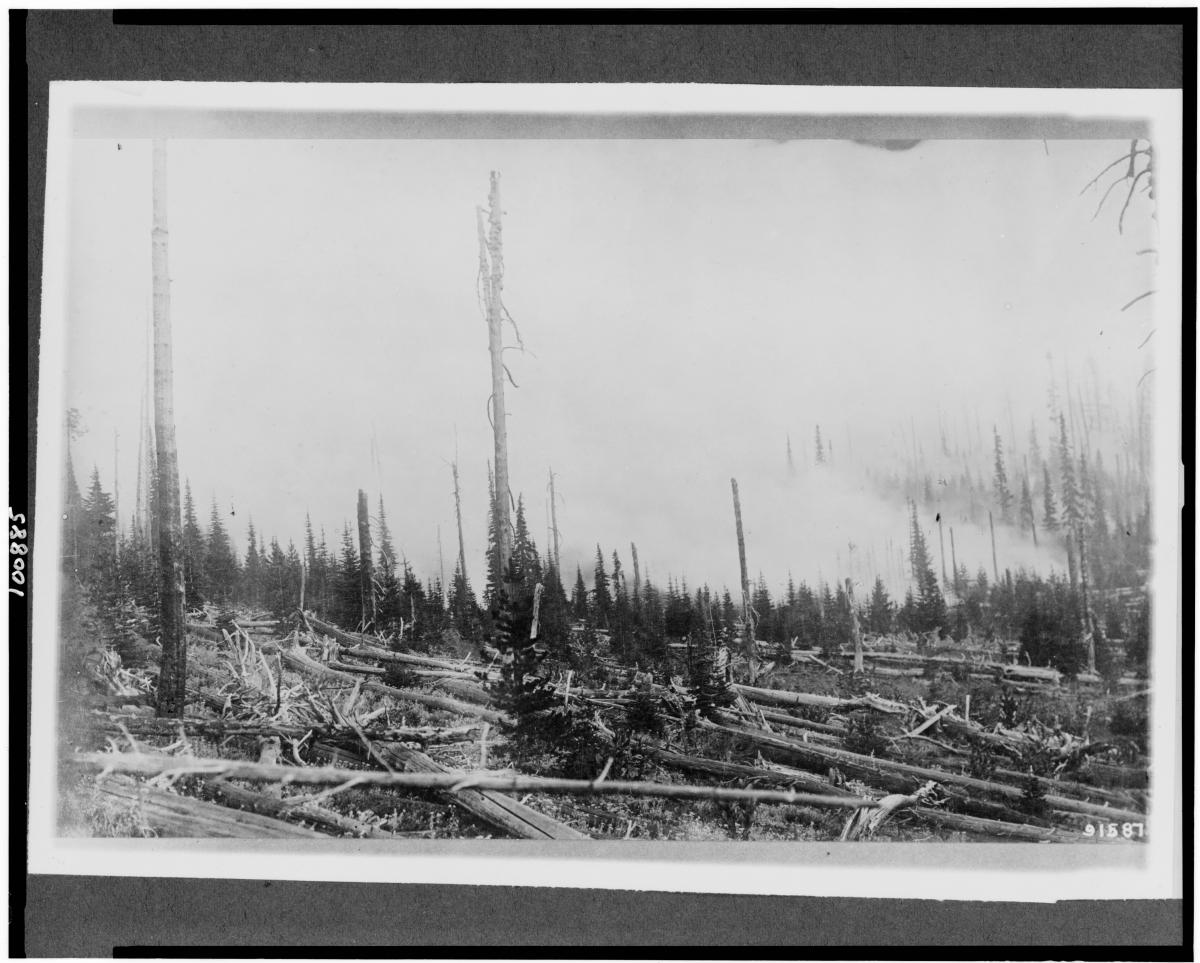 I was a neophyte bow hunter who found himself suddenly hurled into the major leagues. Highly exposed on an 8900-foot peak that hosted only broken aspen groves and scattered ponderosa pines, I was miles away from shelter. The storm was imminent and the pregnant sky was about to give way.

“Discretion,” as the saying goes, “is the better part of valor.” I believe that. I’ve lived that motto quite well.

But on that evening, as thunderclouds built overhead, as wind swirled and the sun painted fire in the sky, I found my heart responding to something deeper than conventional wisdom—some ancient beckoning. A sort of divine revelation perhaps? I hunkered down at the base of a ragged ponderosa pine and gave myself over to the unknown of what might unfold.

And what did was cause for awe. Three giant bull elk emerged from the aspens, bugled back and forth, and then hurled themselves toward each other. The sounds of their repeated jousts and clashing antlers rivaled the crack of thunder overhead. The lead elk cow hustled the herd of calves and cows through the aspen grove and along the sage brush hillsides, skirting the combatting bulls.

As Aldo Leopold observed, “There are some who can live without wild things, and some who cannot.”

I have discovered that I am a man who cannot live without wild things, a trait I share with the men I most love and respect. Wilderness is a spiritual longing and a necessity.

John Muir, partner to Teddy Roosevelt in our nation’s bold efforts to conserve wild places, said it this way: “Everybody needs beauty as well as bread, places to play in and pray in, where Nature may heal and cheer and give strength to body and soul alike.” 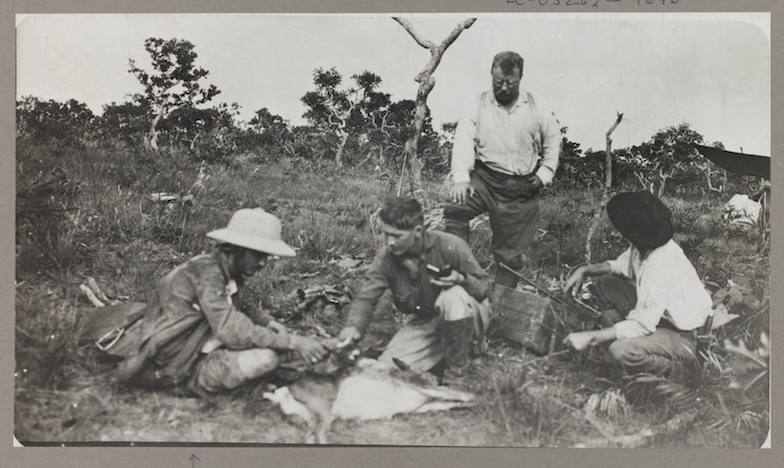 Yet these places of beauty, cheer, and healing are disappearing at an alarming rate. As Wendell Berry describes, “The evidences of it are everywhere; eroded, wasted or degraded soils; damaged or destroyed ecosystems; extinction of species… pollution of the atmosphere and of the water cycle…”

Yet, all is not lost.  There is still hope in our land and our legacy.

Conservation can be understood as bringing the greatest good to the greatest number of species and their respective habitats. It is an extension of ethics and affection that includes not only our relationship to people but also to the land, its animals and their habitat.

In many ways it is simply a restoration of God’s original intention for us to lead and to love all of Creation by exercising fierce mastery and stewardship rooted in a relational and moral conscience. 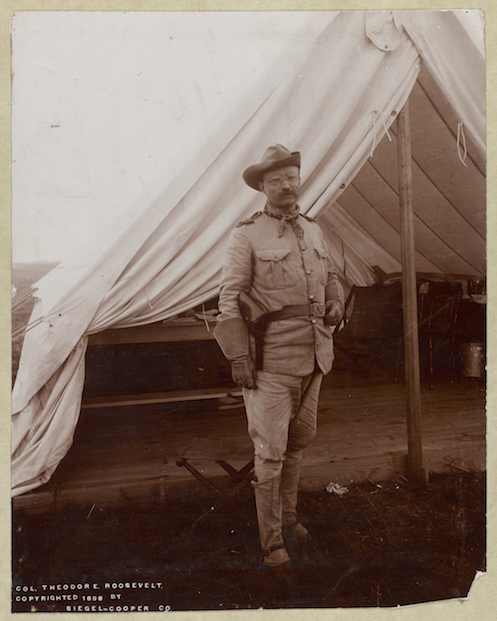 The nation’s 26th president is remembered by some as the man who dug the Panama Canal, established the first horse-mounted soldiers, and survived a bullet to the chest in a presidential speech. However Teddy Roosevelt is best known by many as the Father of Conservation.

He led the political movement in the early 20th century to protect and conserve some of the last parcels of wild spaces in the American West. Both his passion for wilderness and his firsthand exposure to the devastation of America’s unrivaled buffalo herds galvanized him to establish the first national parks, national forests, and national monuments, setting aside 230,000,000 acres as a sacred public trust.

Roosevelt understood all too well that nothing restores the heart of a man like encountering the living God in wilderness. In the Badlands of North Dakota as a young man he sought refuge and comfort in the wake of the sudden loss of the two deepest loves of his life—his mom and his wife. He went west to heal and ultimately to become the man he was meant to be.

Roosevelt observed that “thousands of tired, nerve-shaken, over-civilized people are beginning to find out that going to the mountains is going home; that wildness is a necessity; and that mountain parks and reservations are useful not only as fountains of timber and irrigating rivers, but as fountains of life.” 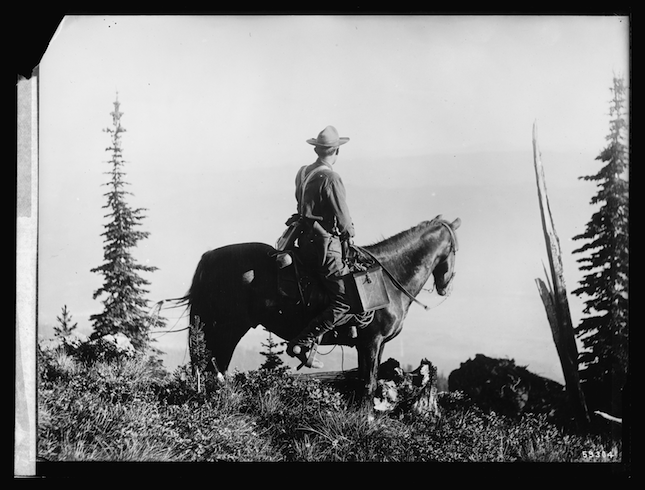 The stormy sunset on that exposed peak sealed my passion for conservation. I never released an arrow from my bow that night—never got remotely close enough to those regal bulls for a shot. But as I hiked back to camp in wind and rain, tears of wonder and gratitude streamed down my face.

I knew some day I’d have a son.

And I committed to do whatever it takes to protect that piece of public land, that wild country, and others like it, so that even when I’m long gone, he too could discover the transcendence of wild places, perhaps respond with affection, and become the man he was meant to be.

Want to explore deeper into the world of Teddy Roosevelt and a conservation ethic? Check out the Rocky Mountain Elk Foundation and their Bugle Magazine. Read a lecture by Wendell Berry, “It All Turns on Affection,” or learn more about Teddy Roosevelt in Timothy Egan’s The Big Burn. Watch the PBS National Park Series by Ken Burns. 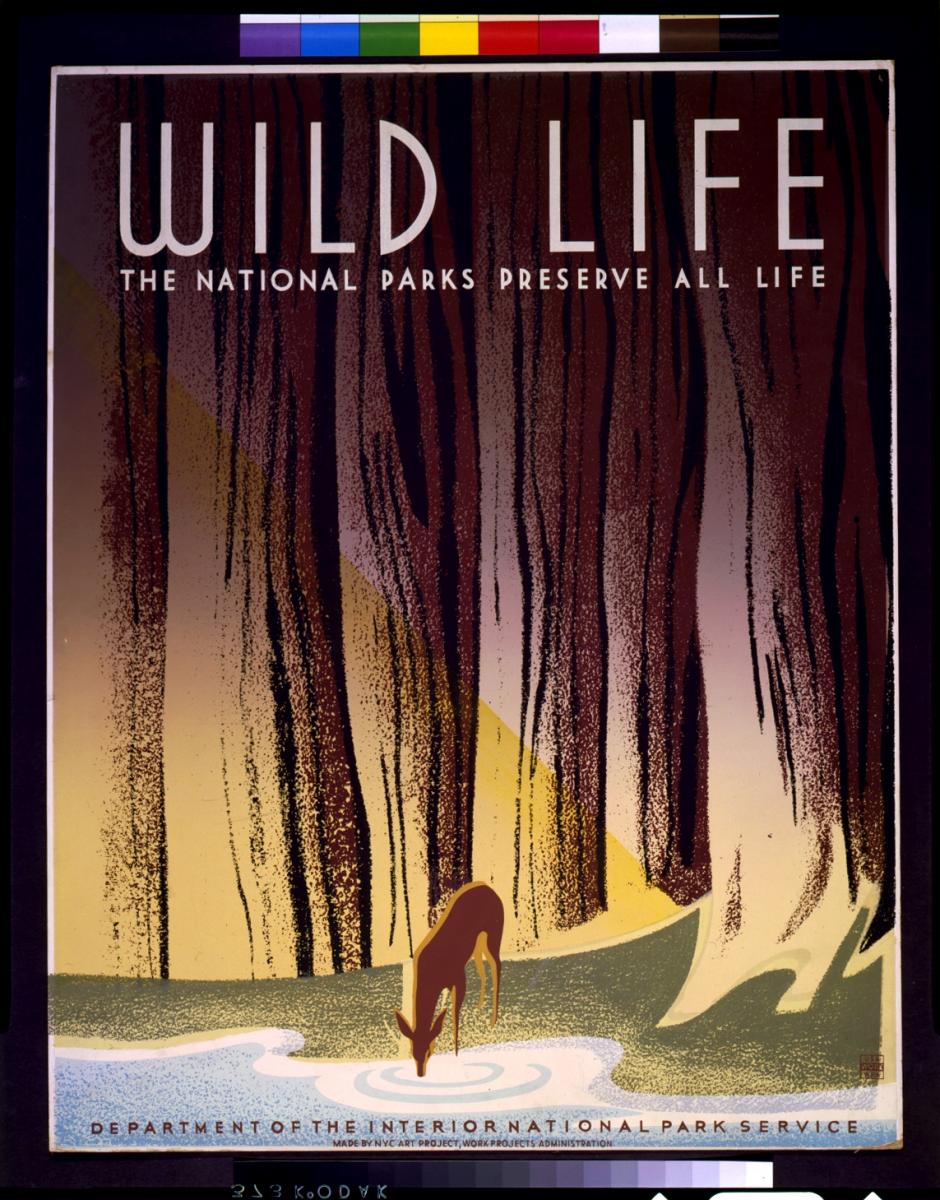 A Powerful Wedding Toast up Guinness at the Source