We were a good couple hours outside Jackson, Wyoming, down a few dirt roads and well into the Gros Ventre when I looked down and saw my gas gauge teetering between empty and bone dry. I felt like such an idiot.

I simply hadn’t paid attention as we passed through town and half a dozen gas stations, and there we were, way out in the middle of nowhere with far less than a snowball’s chance of making it back to town. My shame was followed quickly by despair. 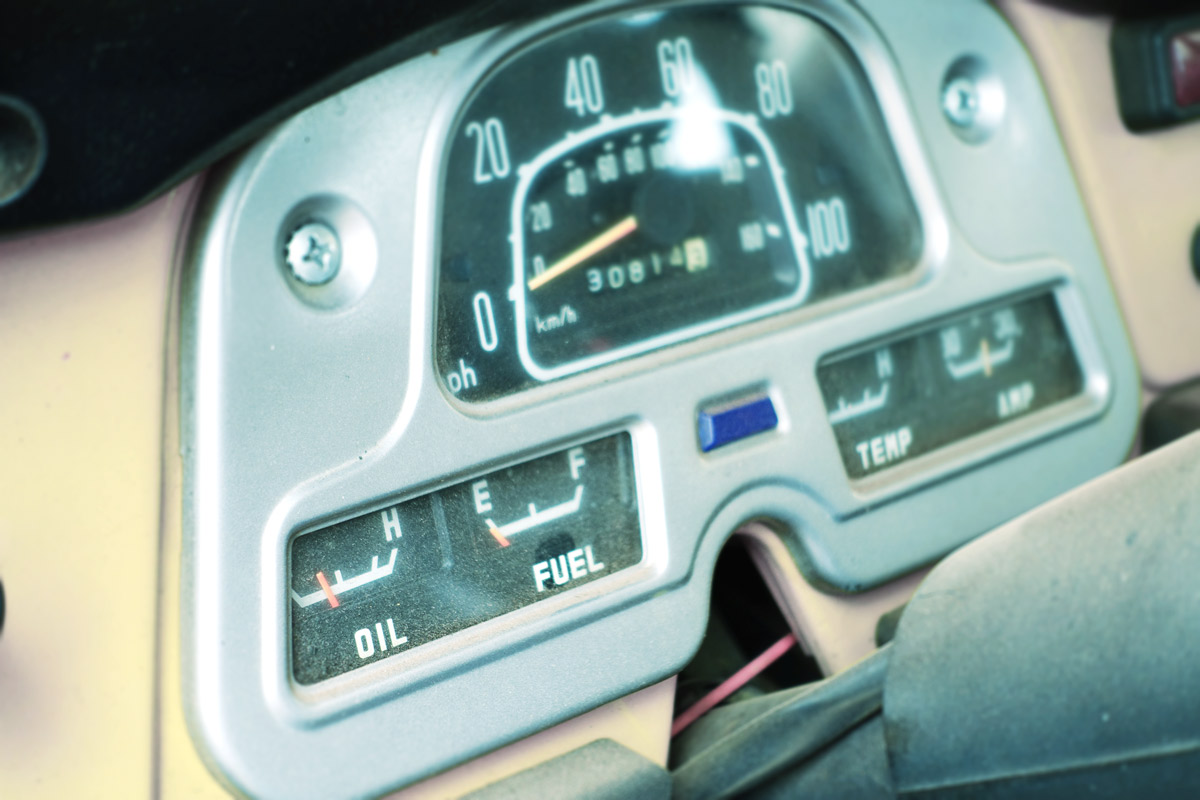 Then I stopped—or something “stopped” me—and a very simple, calm thought passed through my mind: you could pray about this.

It was summer 1979; I was nineteen at the time, and I’d only met Jesus about six months earlier. The whole Christian thing was brand new to me, the baptismal waters still wet behind my ears. But I was as passionate a fisherman then as I am now, and it was the promise of good fishing that had gotten us out of town in a jiffy and into a real mess. So I thought I’d try the prayer thing out. It went something like this:

I’m serious; that was it. He spoke very clearly, inside, and that was that. Good enough for me. I mean heck—God’s going to bring us gas, so let’s go fishin'! We had lunch and pulled out our gear. About that moment a group of college kids pulled up in the classic hippie flower-power VW van and asked if they could have our campsite. We explained we weren’t staying the night, just fishing.

Me: “But could I catch a ride into town with you? I ran out of gas.”

Them: “No problem, Man. (everybody said “man” back in the day) We’ll bring you gas.”

Wow. Just like God said. So, we spent the day down at the creek, and late afternoon returned to our car and there were our new pals with a five-gallon can.

That day was an introduction into a whole new adventure for me—that God speaks, far more than we realize, and learning to recognize his voice can open up wonders galore and rescue us from innumerable mishaps. 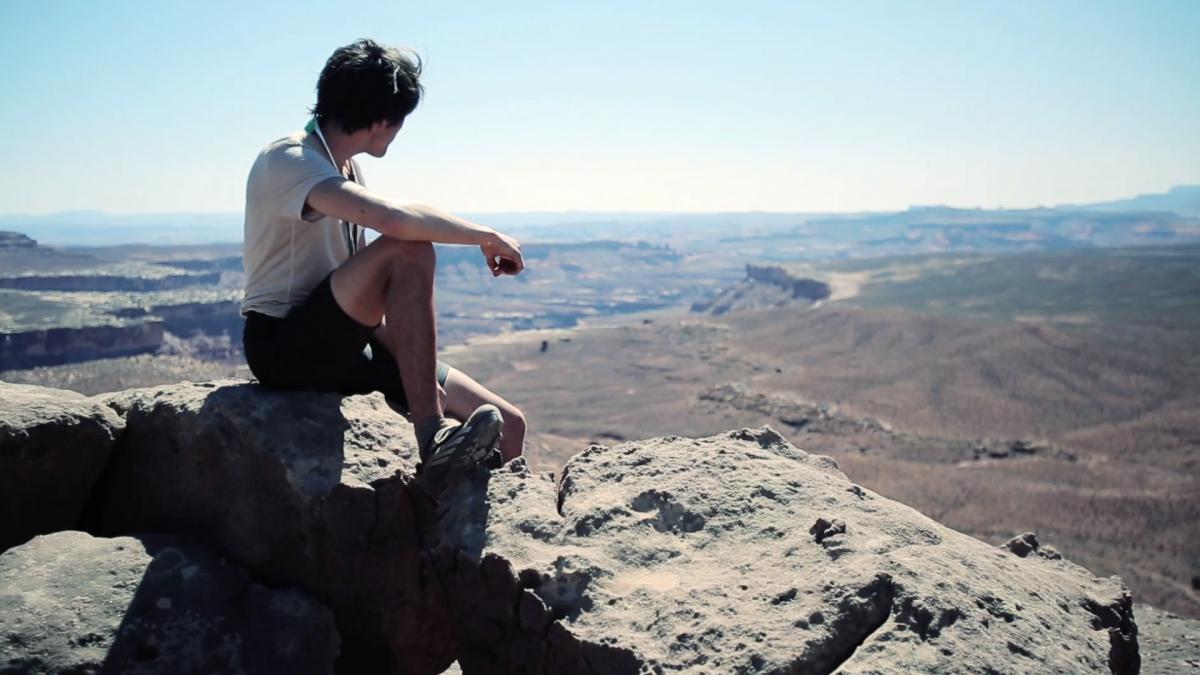 Learning to hear the voice of God is one of the great lost treasures of the spiritual life. Somewhere along the way, some Bible scholars got to teaching that God doesn’t speak to his people any more, which is psychotic, and blasphemy. Psychotic because God is above all a communicator, and we are too, and any relationship requires communication, and more than anything God wants intimacy with us and can you imagine two friends trying to be friends but never talking to each other? Blasphemy because the idea that God only speaks to us through the Bible is not what the Bible says!

Let me set this before you as plainly as I can. If a person climbs over or through the fence of a sheep pen instead of going through the gate, you know he's up to no good - a sheep rustler! The shepherd walks right up to the gate. The gatekeeper opens the gate to him and the sheep recognize his voice. He calls his own sheep by name and leads them out. When he gets them all out, he leads them and they follow because they are familiar with his voice. (John 10:1-4 The Message)

Today, if you hear his voice, do not harden your hearts… (Hebrews 3:15)

Here I am! I stand at the door and knock. If anyone hears my voice and opens the door, I will come in and eat with him, and he with me. (Rev 3:20)

In fact, the whole Bible is the story of God speaking, personally, to ordinary folk like you and me and of the gift it was to them to hear what he had to say. It’s time we take this treasure back!

Now, to be fair, that story from ’79 was one of those early “freebies” I think God gives the young believer to encourage us on our way. Usually it takes a bit more practice; hearing God’s voice is something we learn over time—just like playing an instrument, driving a car or casting a two-weight to skittish brookies. Anything you enjoy doing I’ll bet took some learning. But it is worth it. Let me offer a few helpful tips to clear some of the fog…

Settle Down. I just can’t hear when I’m freaking out. I have to calm down, take a deep breath, and give some space to let God speak. Sort of like getting a good night’s sleep—if you are stressing out about it, its pretty much guaranteed you aren’t going to. Settle down, get out of the drama, get quiet and listen.

Ask Simple Questions. You don’t learn to ski on black diamonds and you don’t learn to hear God speak to you by starting with major life issues like, “Should I quit my job and move to India tomorrow?” or “Should I ask Jessica to marry me tonight?” God will speak to those issues, but you’ve got to start with simpler stuff. “Do you want us to go camping this weekend?” “Should I ask for a raise?” I’ll even start with something as simple as “Do you love me?” because I know the answer is “Yes” and that way if I hear “No” I know I’m not yet settled and tuned in.

Give it Time. Especially on bigger questions like school and jobs and relationships and trips we really want to take, we’ve got to give God some time to speak. Honestly—I know folks who stop and ask God, wait about ten seconds, conclude he isn’t going to answer, and go off to do whatever it is they think is best. Slow down. Ask your questions of God, and listen. If you don’t hear anything, give it a few days. He’ll speak. 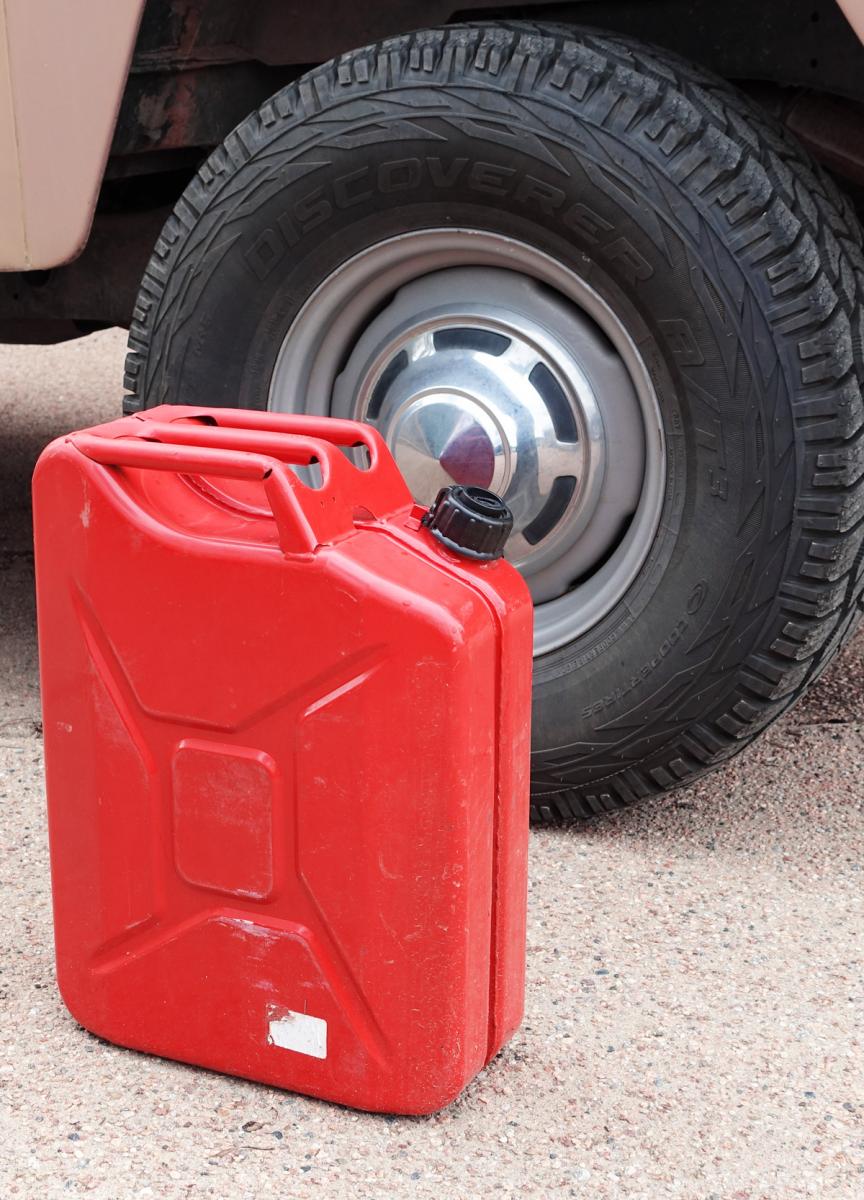 Allow for Creativity. God speaks in all sorts of ways. Certainly through the Scripture; also through good counsel. But he is so creative, and he loves to be playful with us. I can’t count the number of times I’ve opened a book I was reading, and there in the next sentence or paragraph was the answer to the question I’d been asking. Listen for God’s voice within you (he lives inside you, remember), but also allow for lots of creative ways he might want to speak. Movies. Books. Songs on the radio. Something a friend casually says. Stop signs (pay attention to stop signs!).

Get Confirmation. Especially on the big stuff. Do not base life-threatening decisions (whether it be big wall climbing or career change or mission trips or marital relations) on a one-time listening prayer experience. Ask God to confirm it. Get some back-up before you leap over the falls. I’m not discouraging leaping—I’m just saying make sure you heard God right on major choices.

I probably have more than 1,000 stories since that weekend in 1979—stories of rescue, stories of joy, stories of unexpected gifts that have come because I have learned to listen for the voice of God. He speaks, and it is our right as sons and daughters to hear his voice. Do not try to live your life without this.