In 1899, Charles Murphy road his bike a mile in 57.8 seconds. He did so by convincing the Long Island Railroad to lay boards over 2 miles of track and slip him along behind the embers of a locomotive. It was done to settle a bet, and so Murphy’s desperation in the final quarter mile is comprehensible: at 15 feet behind the train, the heat undulated the boards, igniting dust and sending smoke into Murphy’s face. In the final 8 seconds, Murphy overtook the train, crashed his bike into the final car, and launched himself into the arms of spectators.

Charles got bikes. I think you remember the feeling. Bikes and boyhood and summer go together like, well, like another Trinity. 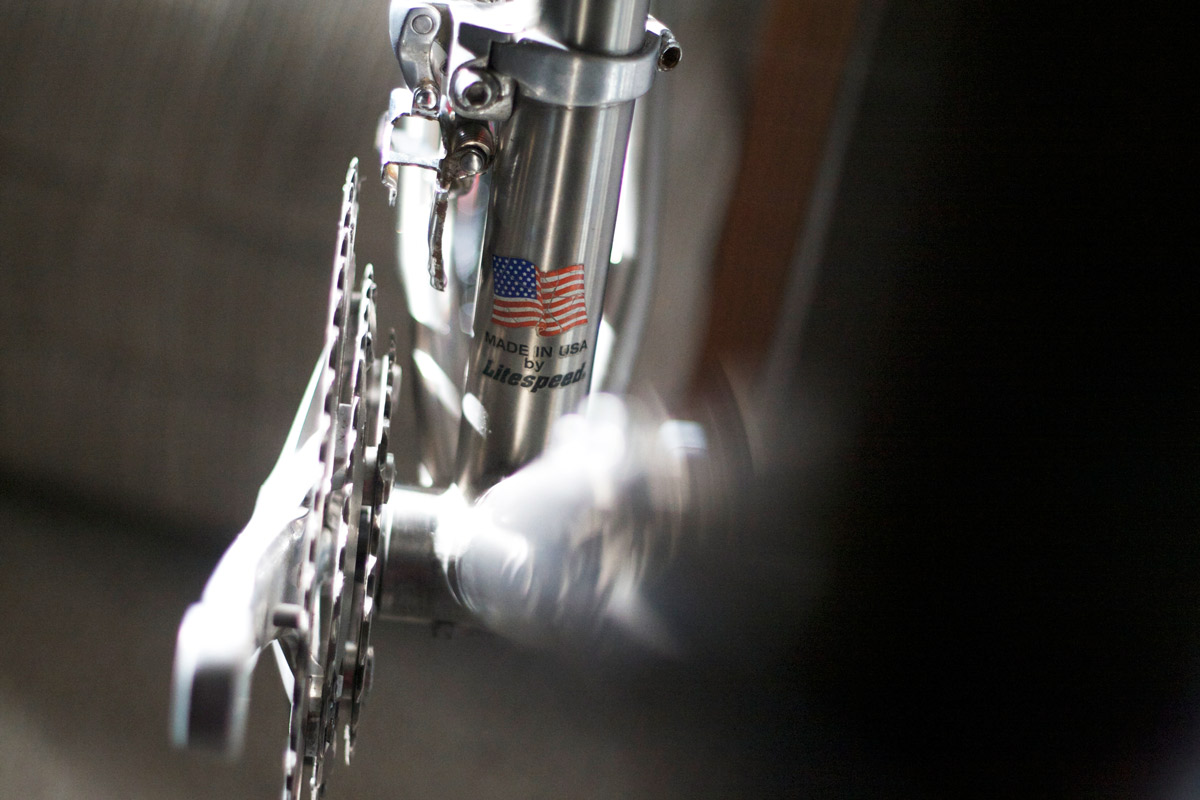 Bicycles are, besides bottle openers, the ultimate expression of advantageous mechanics. I mean sure, legs work fine, if you’re into that kind of thing. But for the young and the young at heart they don’t move at the right velocity, not until guided by the geometries of a bike under you.

It was still icy a few weeks ago, but then the sun came out, and I pointed out to Luke that this was the kind of weather appropriate for bike riding. Yes, he said, then pointed out the dominance of ice on the roads. You’re right, I replied, and a person could stay inside (said Shackleton’s mother), but there was no real principle to prevent a person sling-shotting themselves through space just because it was cold.

A few turns later, after crashing and losing my newly-acquired bike lights, I found myself at the top of a dry hill, almost clipped by a Toyota Camry, and proceeded to chase that car, gaining, and filled with the wrath of Ben-Hur on a chariot. Joy. 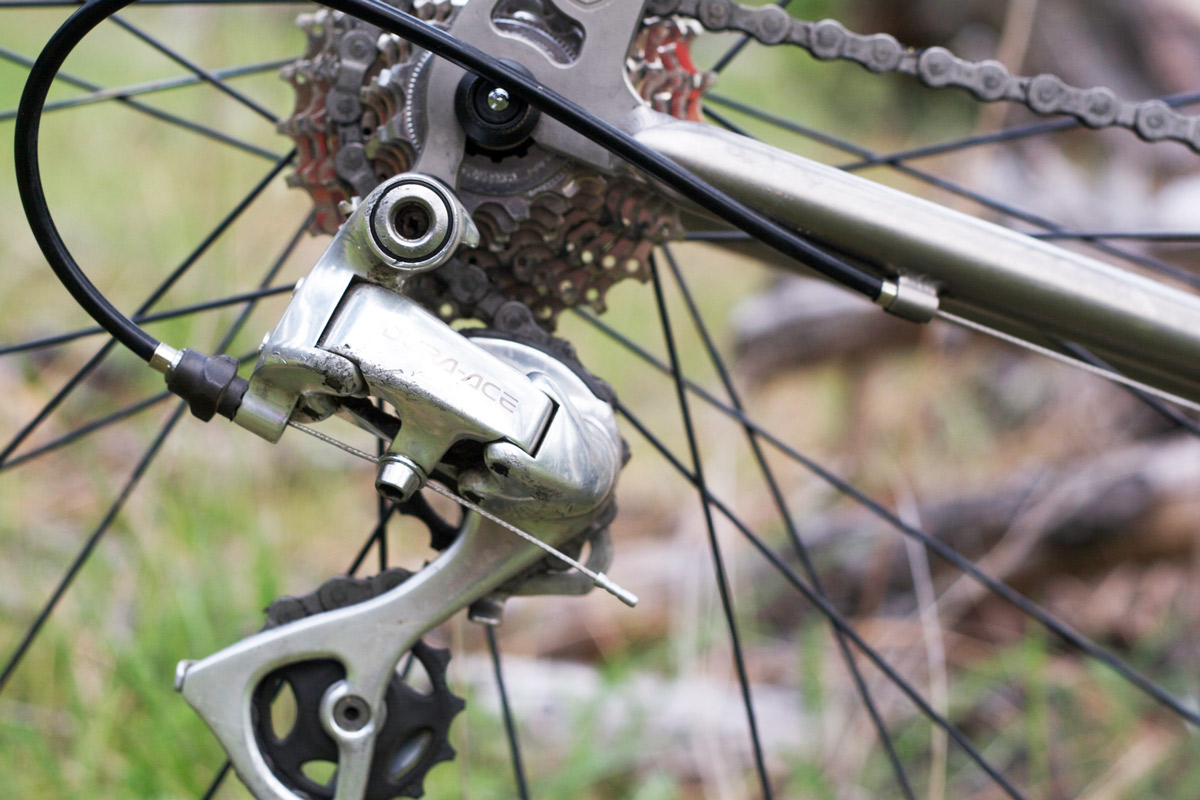 Bikes are as fun as they used to be. Probably even more so.

If you ever had a plastic big-wheel or your big brother’s bike and ever got to race around outside, an incarnation of summer (or if you didn’t), you can hundred-dollar hack your way back into that joy. Here’s the Craigslist guide. Since I have in my own house three unfinished project bikes, and they’re all road bikes, this guide will consider that variety. Your used gem is out there. 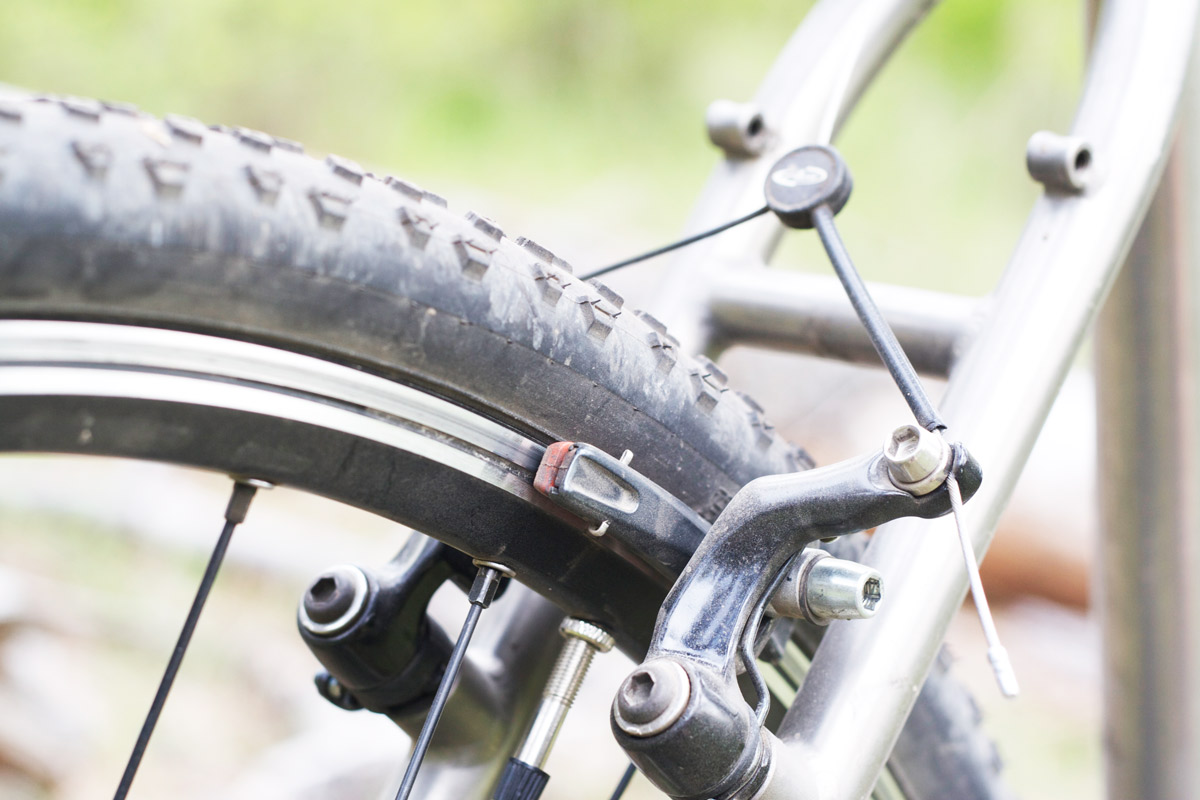 An initial principle: a bike is really just two triangles welded together and balanced over two circles that are also wheels. A bike’s power stems from the relationship between those two elements, and the strength of the cranks and chain needed to turn them over. This means think straight alignments and tights fits as an eternal guiding principle. 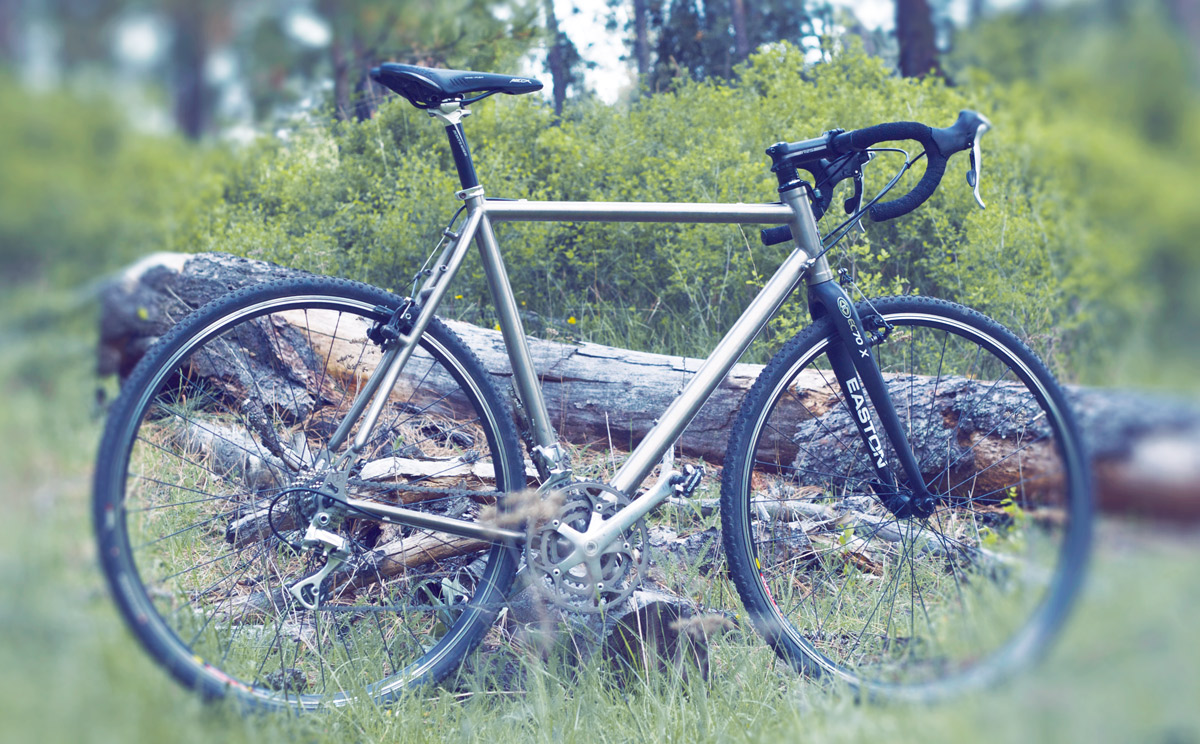 Online, you’re going to find lugged steel frames. This means the bike was made somewhere between 1972 and 'N Sync and is cool as can be. Lugged steel frames are easy: the heavier the bike is, the higher the tensile-steel, and the more problematic the construction. If a bike feels like a car battery, leave it alone.

Then, wheels. Wheelsets online get to be, like, insanely expensive. If a wheel is true, spinning without waving back and forth, and if the spokes seem taught, go with it.

After that, the most important elements are the crankset and the chain. The cranks are the arms that attach to the bike pedals. They should not click against the bottom bracket spindle when you pedal, and the teeth of the cassette (where the chain sits) should be mostly square on top. If they are filed to shark teeth, the bike is going to have what you call "chain-management problems." And speaking of the chain, every 12 inches should center on a new rivet. Or, as you’re inspecting a bike, check for signs the chain links are pulling apart. If they seem tight and secure, game on. Keep in mind, bikes are made out of metal which rusts but can also be cleaned if the parts still fit close together. (If the wheels are rusty, it is likely the spokes will not hold close. Give that bike the farewell of a good viking soldier and leave it alone). 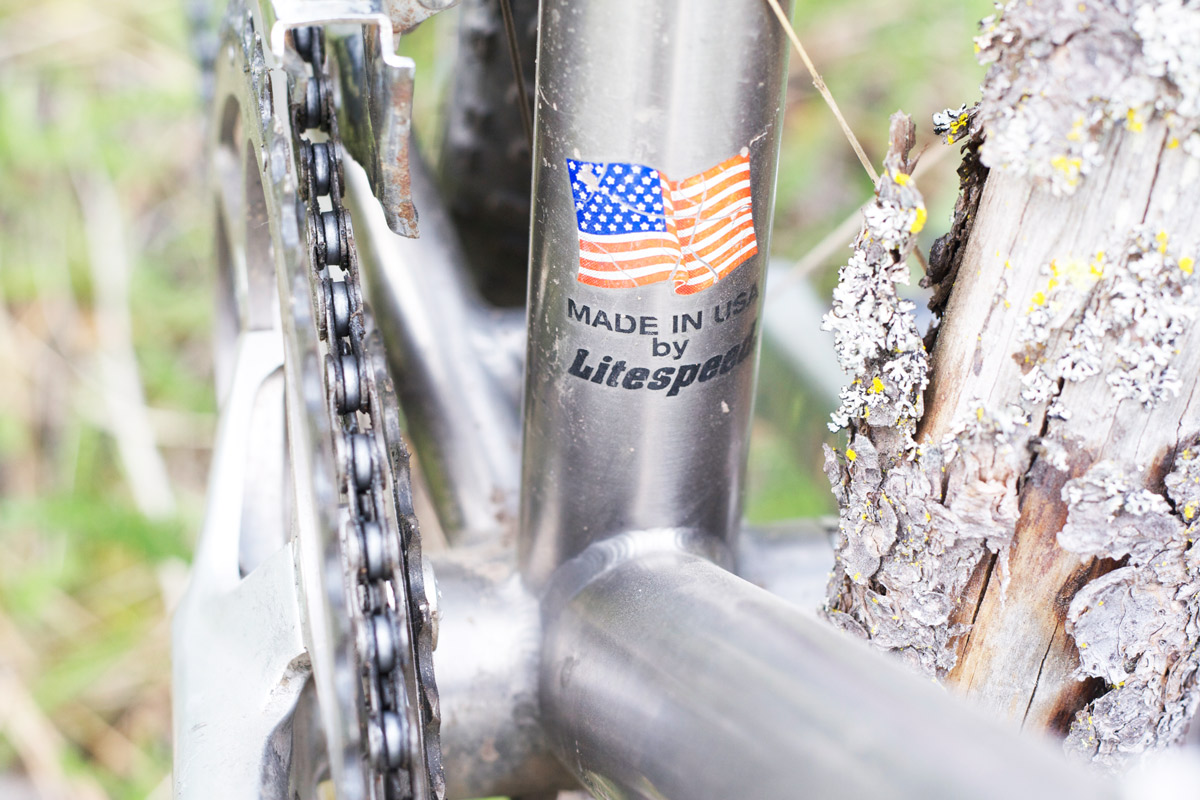 A few things not to worry so much about: brake cables are super cheap. I mean, go to REI and you can score new cables for 3 bucks. So, if the brakes don’t seem to work very well, that can be easily fixed. Same goes for the shifter, or the derailleur, as it goes by when traveling in France. The success of a derailleur is all about location, perfectly situated above a gear on the cassette. That location can be easily adjusted with the derailleur cable, which is also very cheap. Just make sure all the cable you work with sets its tip into a rubber cap. Cables tend to unwind, and that’s sort of a nightmare.

People are dumping bikes all the time on Craigslist. If you don’t care a whole lot about sex appeal, you can grab some serious joy for around a hundred bucks. Summer is not over yet, so go get yourself a sweet ride. 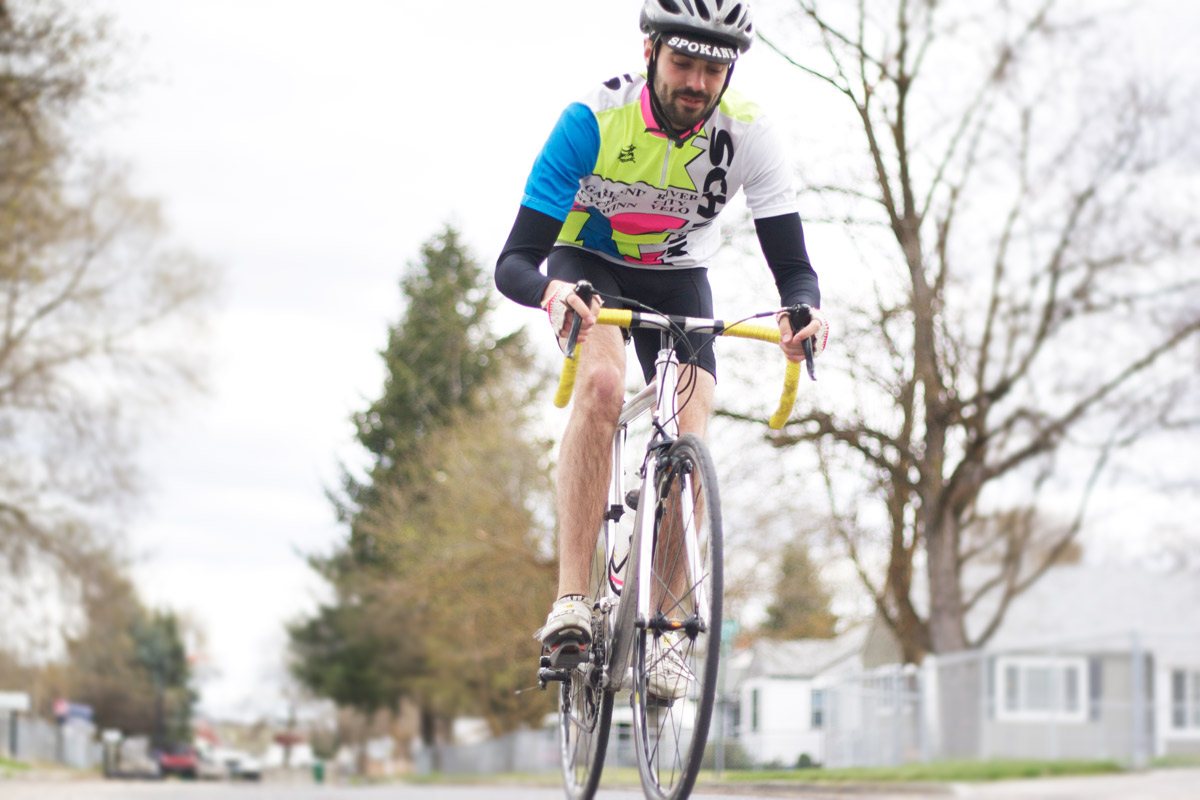 05 up Tommy Peoples and the Donegal Fiddle