Sean Connery in the Aftermath

So, you said the wrong thing last night, eh? Or you didn’t, but that was (if we are honest) due to a lack of opportunity, because there seems to be no real chance with your heart’s ache? The girl? I confess to recently missing all the important parts of a conversation for a basketball game, but then, Duke was down by two (disaster later), Jabari was on the bench, and even if he wasn’t, it’s not easy to respond well to your girl all the time. Sure, we can come through and make sort of a habit of it on behalf of our Eve. But for those times we miss our cue, it is helpful to have something in the holster.

Put it this way: in the Spring, the Arkansas River in Colorado experiences a phenomenon called low-elevation run-off. A warm day follows a big snow and the river turns to floodwater in the mid-afternoon with anglers mid-cast. The girl is like that. Not tempestuous. But not predictable as an engine, either. A river—like a woman—is rather dynamic, and we love it for that fact. You cannot expect the same things to be true all the time, and so we're all going to need a few "secret weapons" in our box, like the angler needs a Purple Lively BFD in addition to Troth’s Elk Hair Caddis, if you catch my drift. We’re all going to need the unexpected move to recover from accident, or a mistimed solution, or simply to bring in a little romance. Or, to create a little romance where’s there’s not even a chance.

And that’s where Sean Connery comes in. In the film Finding Forester, Connery plays an old writer, a literary genius, living in an enforced exile until accosted by a young writer looking for a mentor. In the fathering relationship that follows, Connery, much to his disciple's chagrin, inevitably brings up the girl. But his unsolicited, single-line advice, is brilliant. It’s this:

Watch the clip here. Then come back.

It’s not that Sean Connery’s (or his character’s) input should be followed every time (yes: Hunt for Red October; no: First Knight). It’s that he’s knighted and we’re not and this one is brilliant. 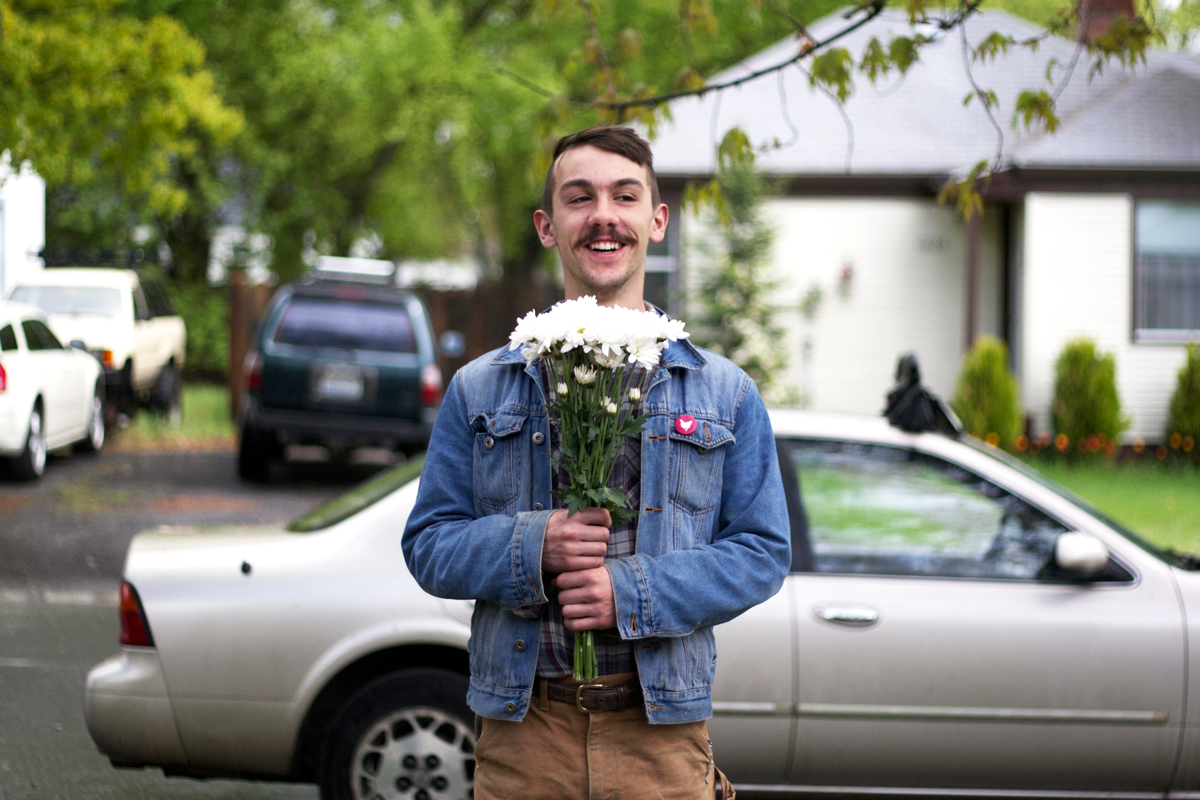 The unexpected gift at the unexpected time. No girl is not going to be excited, and if she’s not, it will be kind of a cue to you that something’s horribly wrong. Need a gift idea? Well, if you're going to buy something, you may as well support a smashing endeavor. Use those dollars to participate in systems you affirm rather than rooting for ruin, if you catch my meaning. The kind of thing that affirms the lives of laborers and wheat fields.

As an example, we have 31 Bits. It’s jewelry made from recycled materials by women in Uganda, therefore empowering women in poverty to rise. It's also all kinds of trendy, which might be a bit much for us, but we're talking about her. Cool, cool idea. Not into jewelry? Books. Potted plants. A rally pin. Unexpected gift. Unexpected time.