Between Quincy and Wenatchee, my climbing partner Matt and I followed the promise of a hand-painted billboard off the interstate towards Templin’s Gas. With its blue roof, it looked like one of those highway establishments built with blithe indifference to the passing of the 1950’s. The kind of place that has a hand-painted sign and a cafe and seems to believe people go out for pleasure drives or talk to one another at gas stations. Jonathan Kent would be at home inside. We pulled up, jumped out, and walked in.

It was like someone had ransacked an Edward Hopper painting. The period cafe was empty, as were the racks typically displaying sunflower seeds and chips and motor oil. Absent were all those accouterments that say “functioning establishment.” We both felt a small chance of murder. Present was a woman walking slowly between the vacant racks.

“Um,” Matt said, and she didn’t stop. “Um,” he looked at me, still talking to her. “I don’t think they have it. Like, whatever you’re looking for.”

Three hours later, we pulled past a No Camping sign into the national forest outside of Leavenworth. It was dark. It seemed likely that the first hundred yards of potholes would rip the doors off Matt’s hatchback. They didn’t, and as we pulled around a corner into the woods, the first van appeared. It was red. No sounds. Lights off. Windows steamy as enthusiastic honeymooners. Oh, welcoming sign of illicit camping.

Driving on a half mile more, we pulled into the parking lot. It was a climber’s frontier town. There were tents, vans, fires, and climbing-pad couches. People sang, made dinner, poured over headlamp-lit maps. With a spot between a tarp and a mountaineering team wide enough for our tent, it was like coming down the valley into Rivendell.

We were there to climb. But more, we were there because we needed adventure, and we didn’t have kayaks or helicopters or alpine skiing skills or the means to acquire them. What we did have was a car and a climbing rope and credit to promise we’d pay for gas to 1000 miles. 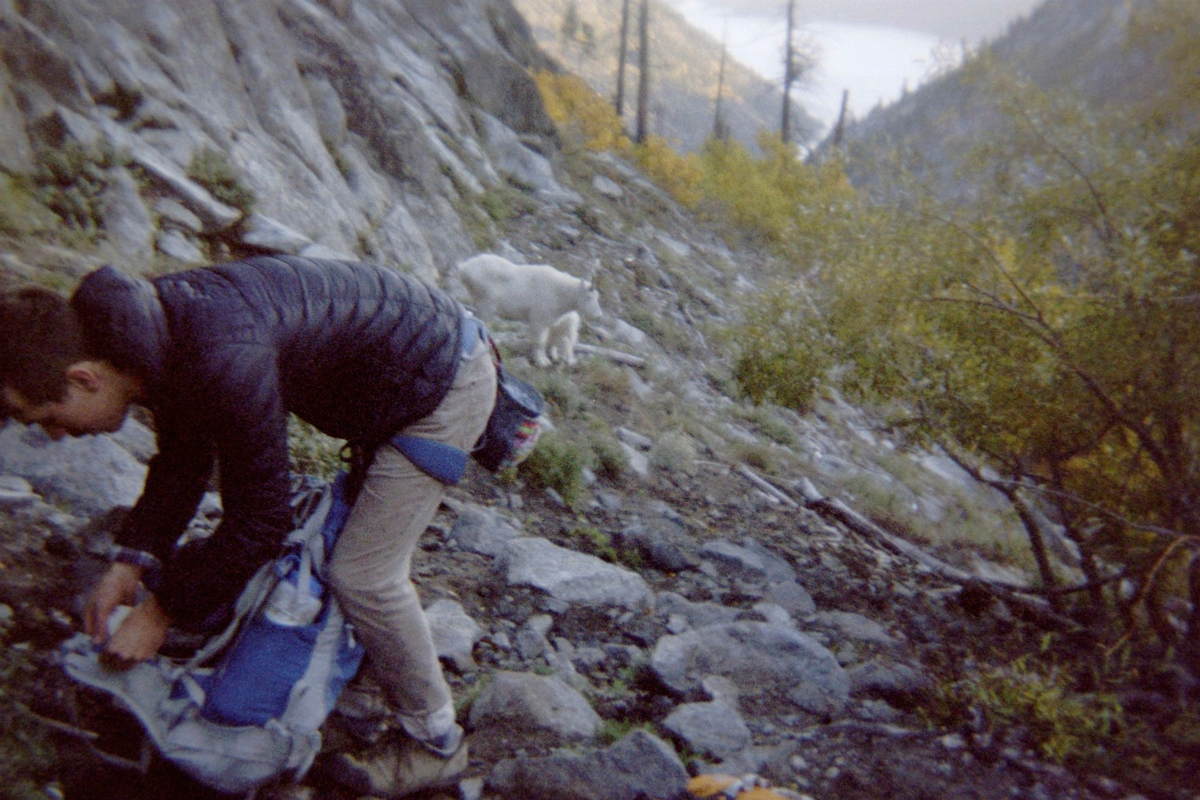 We love road trips. They are, of course, extraordinary. You can jump your home town and twelve-hours later you're way into the Appalachians. It’s miraculous, and you would simply miss all of the gas station coffee and small town antique shops and those scenic viewpoints if you sailed over it in an airplane. At 20 mpg, you can hundred-dollar your way 500 miles. A car is adventure in a can.

Once, in Colorado, a friend and I found out about a private concert in BV, population 3,000 and proud (“Welcome to Buena Vista, 8,000 feet above average!”). It was in an old auto shop, the town there cheering its heroes. For the finale, the lights were turned out, and Trace Bundy led Oh Holy Night. The audience held candles and belted with all-heart voices. On the drive home the moon was so bright we turned out the lights and stumbled through a herd of elk moving in the moonlight.

We were of course, almost arrested a few minutes later. Something about belligerence and the necessity of headlights for highways. 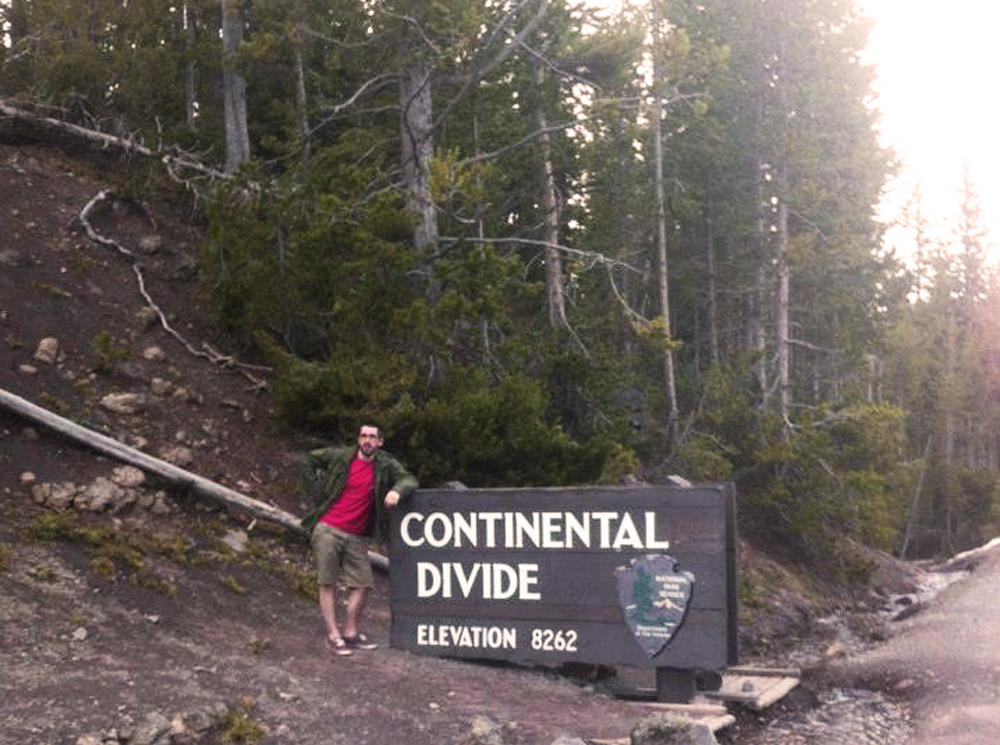 Or there was the time Luke and I thought to ourselves, “Why Haven’t We Seen Canada?” and sweet-talked our way into the family Suburban. Things went well through Montana, Idaho, and Washington, and then we hit the border with a car full of shotgun shells. Dad’s got sort of a bird hunting habit, you see. The next thing we know, Luke’s behind glass in the border patrol holding area and I’m on the curb and Jacques Cousteau's demanding to know where we hid our guns.

Or there was the time Brett and I stumbled out of a snowstorm into the sheltering arms of the Murray Bar in Livingston, Montana. It’s a real bar, a town bar. The kind where everyone knows one another—a network of beards and congeniality and opposition to anyone who can’t BS their way into a running tractor. Brett and I can’t, and so we tried to appear inconspicuous by the pool tables when the house band started up Metallica. Out of the gloom came a little knotted woman. She offered us drafts in exchange for Pabst in a can and our place at the table, and we knew she was Aphrodite.

And I don’t want to bring up sore spots, but once, Sam and I were feeling our way over Rabbit Ears pass in CO on a marathon drive from the Pacific. I was asleep in the passenger seat, and then all at once I was awake and terrified. Sam had that face – you know the kind, where your driver looks over like he can do anything and moves to pass a semi on a blind curve in a whiteout? He tried, and for eight seconds, it was a statistical certainty we would be killed.

Most recently there was our expedition to Moab, Utah, for a week of climbing, camping, mountain biking and canyoneering, all of which you will soon see in some very gorgeous and epic videos coming with our June issue. (Catch the sneak peak on the Killing Lion page in this issue!) Hours in the Suburban catching up, listening to music, watching the ways the sunlight plays with changing landscape. 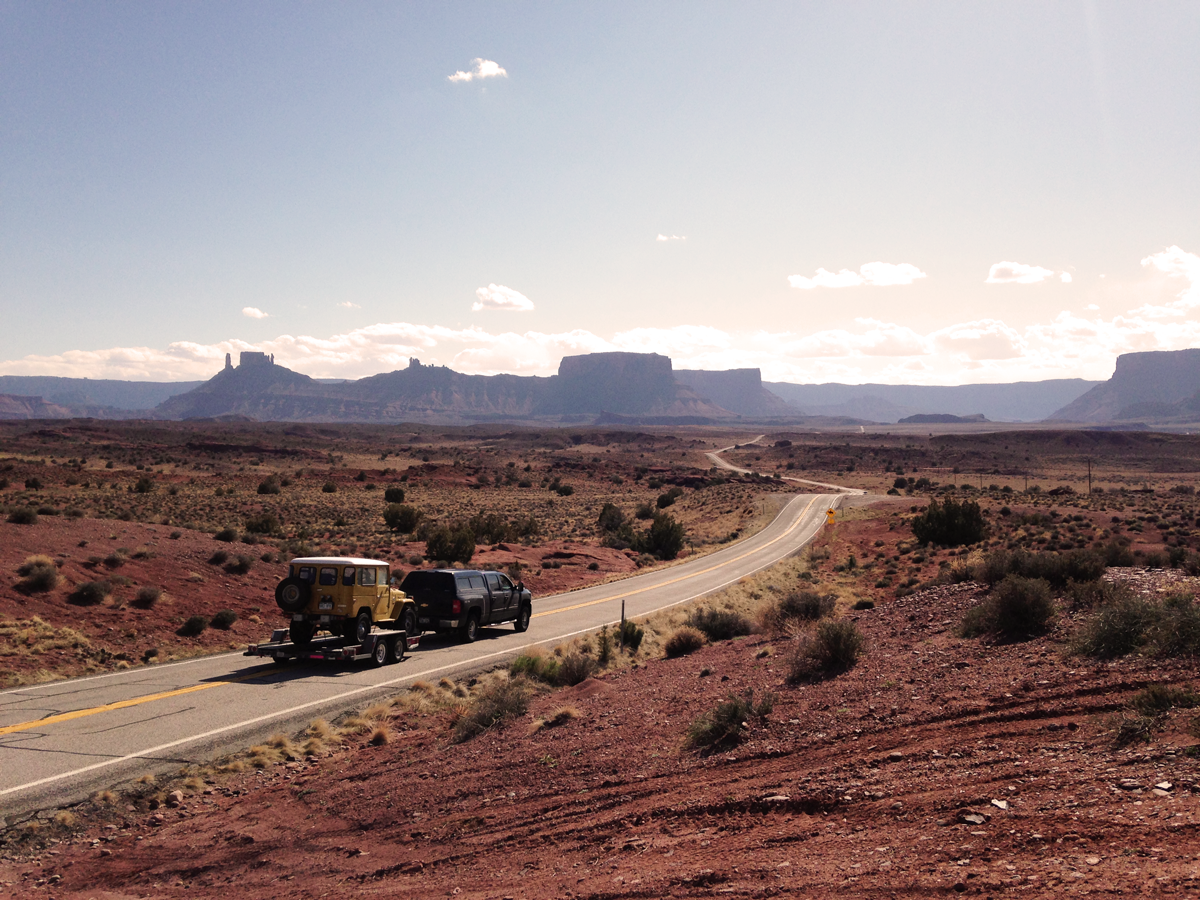 But I am merely trying to prime the pump. This is a DIY guide. Hit the road, my friends. Adventure is out there.

WHERE
Think of it—you could go anywhere. There are breweries and brewery tours and the bearded brewers who swear and wear Carhartts and lead them. There are mountains and rivers and state monuments. There are state lines, Wyoming firework stands, Nevada meteor showers, and big open spaces no one likes. There are antique shops and themed gas stations where you must stop, especially if you think you’ll be murdered. Drive to that friend’s house. The one who said, “If you’re ever in New Hampshire, give me a call!” Give him a call. Drive, and drive soon. Road trips often go better if planned no more than three days in advance.

A FEW RULES
You need: Coffee. Cigars (good ones). Mix tapes. iPods are acceptable, but a CD with the same twelve tracks is better. Sure, you’ll hate those songs by the end, but each time they rep and rev, they’ll mean something else, and will refer to midnight or central Nevada cucumber stands evermore. You’ll also need a disposable camera. I’m not sure exactly why, but that friend of yours is exponentially more likely to climb that Big Horn monument if you point a cracked aperture at him.

Avoid: Energy drinks. Dear God, man, you’re in a car. Avoid them like the plague. Avoid them like the sugar and candy you’ll avoid as well. It’s a good rule not to eat food that will make you sick, since you’re already in a little moving box. This rule excludes taco trucks. Taco trucks are a must. They’re like a lottery ticket that wins stories one way or the other.

Spring is here, my friends, and the passes are opening. Summer is close at hand and soon there will be festivals and roadside stands and unlimited horizons. Time to hit the road. 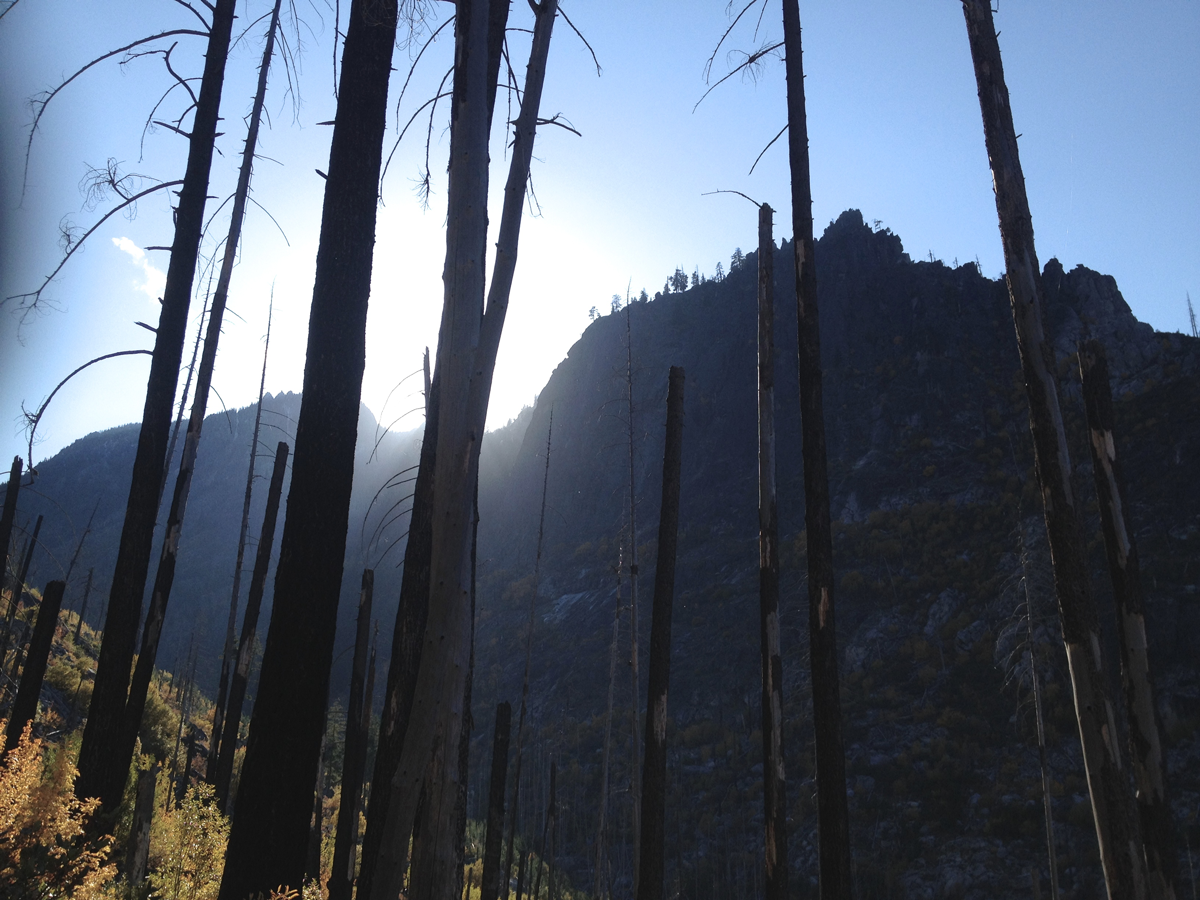