In a car you're always in a compartment, and because you're used to it you don't realize that through that car window everything you see is just more TV. You're a passive observer and it is all moving by you boringly in a frame.

On a cycle the frame is gone. You're completely in contact with it all. You're in the scene, not just watching it anymore, and the sense of presence is overwhelming.
― Robert M. Pirsig, Zen and the Art of Motorcycle Maintenance: An Inquiry Into Values

My first ride on a motorcycle lasted about five minutes. I was so overcome with elation that I had to pull over to stop laughing and call someone, anyone, to let them know what I had discovered.

(Well, that isn’t entirely true. My actual first ride was even shorter… when I had to move my newly purchased bike from a friend’s driveway to the apartment I had just begun to rent. Since I had never ridden a motorcycle before I was so overcome with fear I forgot to buckle the strap on my helmet.)

But that second ride was sheer joy.

After I took some classes to remove the terror which accompanies ignorance and machines, jumping on my motorcycle and flying through the nearby canyons was like nothing I had ever experienced. Something clicked. There are a handful of things that we as men universally cross our arms over our chests and nod approval at, as though we all instinctively know when something is “of the tribe.” I doubt I need to convince anyone that motorcycles evoke just this.

In fact, I would argue that the motorcycle is the ultimate adventure tool created since man made the sailboat. “But Sam…” you say, “what about the car? Without the car there wouldn’t have been motorcycles and people have been using them to adventure for ages.” Well to you I say: did you skip the opening quote? Seriously? I didn’t just grab the first one that I liked.

It’s all about intention.

Cars were invented and continue to be reinvented to make life comfortable, easier. Not all of them, but most of them anyways. Motorcycles were birthed from that place in a man’s soul that whispers: we could do this. 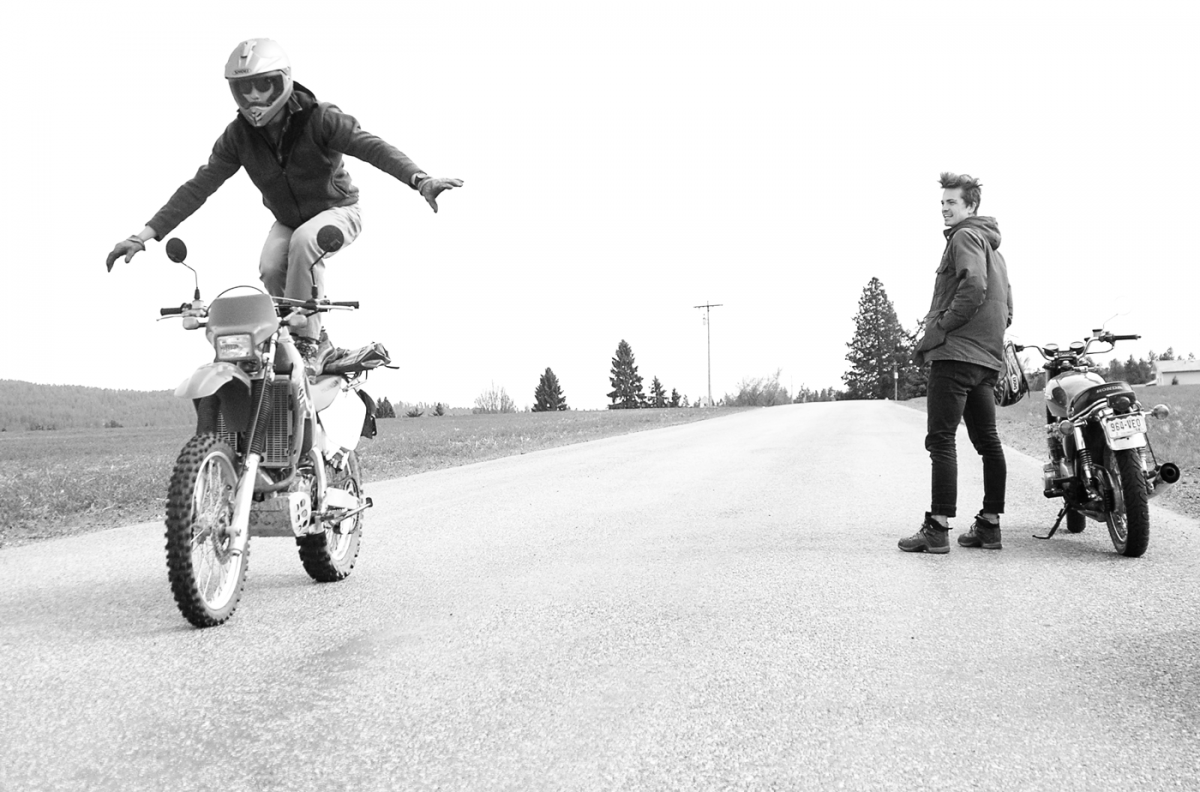 For my brothers and I, it was the voices of two men, Ewan McGregor and Charley Boorman, who sounded the invitation to adventure astride the modern warhorse. Within three months of watching their journey around the world, each of the men in our family had gone out and become riders.

Choosing your own motorcycle is a very personal matter, and there’s no stopping the wonder of the boy within us from leaping out at the sight of “the one.” For me, I was drawn to a sleek, black FZ-1. I bought it from a fellow in the military who had taken what Yamaha intended to be a powerful street bike lacking no comfort, and stripped it down into a street fighter. I’m sure as he cast aside the fairing (that’s the windscreen) he must have grunted something about, “not being a wuss.”

I had no idea what I had gotten myself into. Most experienced riders I knew felt that I had jumped the gun a little by starting off with a 1000cc bike, and let me tell you… maybe. That thing was like a missile on wheels.

But flying down the PCH and chasing the hills and curves of wine country I could feel the rightness and favor all over my joy. I named my bike in honor of Flynn who raced the digital speedways. Buying that bike was one of the best choices I ever made. 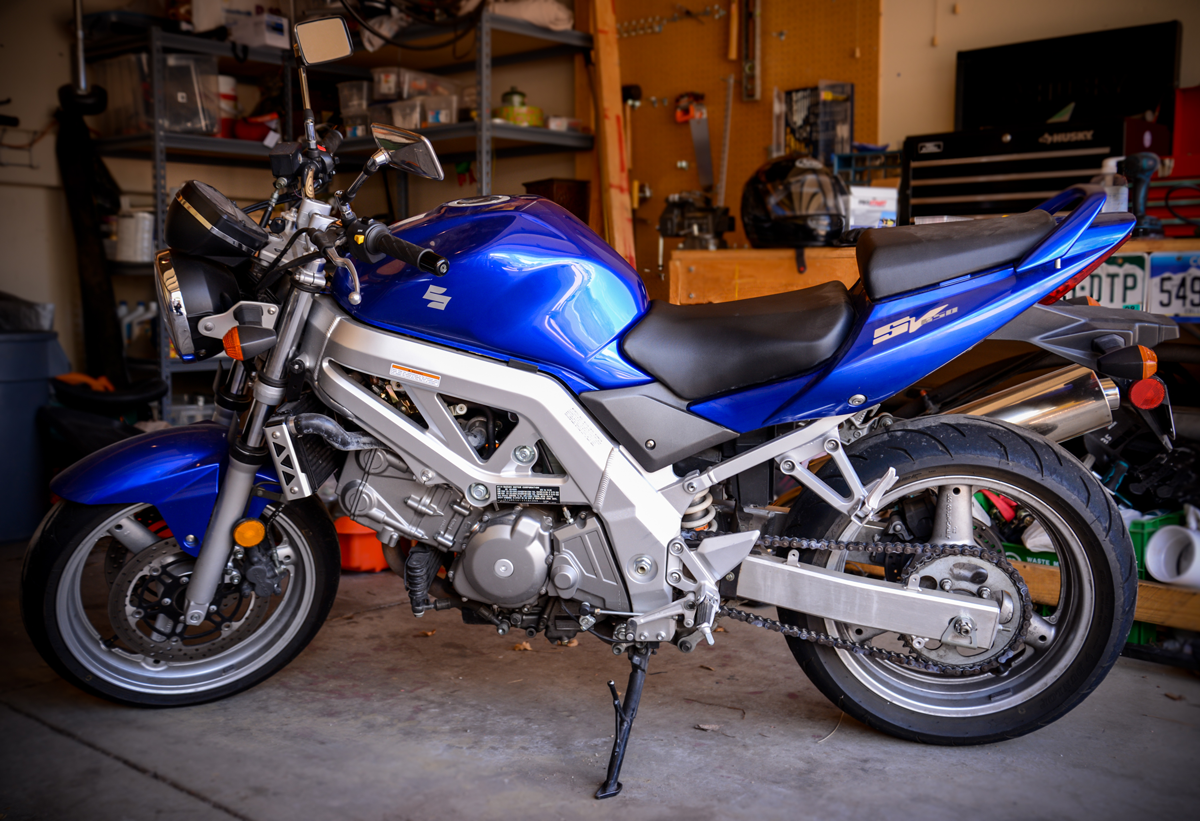 Luke’s first ride was the Suzuki SV650, another sweet street racer and arguably the better choice for a first-time rider. With it’s clean lines, responsive handling and generous torque from the Twin-V, the SV continues to get top reviews in the “naked bike” category (a term comparing it to the fully-faired sport bikes).

Blaine claims to have outdone us all. His actually came first and it is a classic, from the Abraham of motorcycles: the Honda CB series, early 70’s, straight stock except for the pipes. After scouring Craig’s List for months, looking over vintage bikes, he found his in the garage of a bearded kleptomaniac in Burbank, California. It was a 1972 Honda CB 500, green, and shining as Blaine says, “like the mask of Agamemnon.” He’s schlepped that bike across three states in four years. “The visceral experience of old bikes and dirty carburetors and handlebars welded right to heavy frames is a riding like no other. It’s a rocket with a saddle, beautiful, and starts almost every time I want it to…in warm weather.” 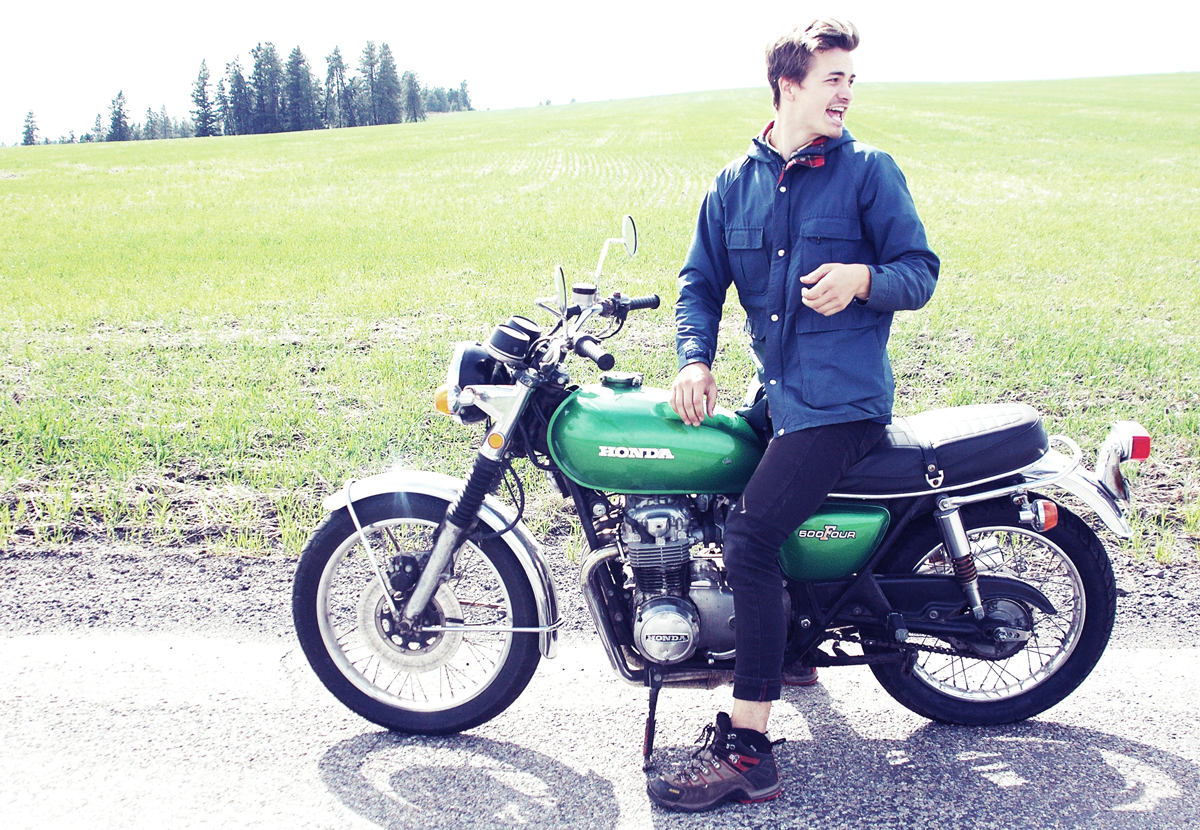 Like so many of our “discoveries” as young men, we found out that Padre had again preceded us, including hospital visits from racing dirt bikes and the hairy story of laying down a bike through an intersection at night in the rain. That kind of “cured him” of riding as he put it, and gave us all a sober yardstick to our own exploits. (Dad’s first ride was the Yamaha 125, which he bought when he was sixteen.)

Want to experience for yourself the thrill of “complete contact” and overwhelming “sense of presence” Pirsig sings about? Here are a few thoughts…

Watch The Series. Meaning, Long Way Round and Long Way Down – the adventures of Ewan McGregor and Charley Boorman riding their BMW GS R1200s around the world and then again from Scotland to the tip of South Africa.

We’re going to take flak for this next piece of counsel from our hard-core biker friends, but really – if you have never been on a bike rent one of those scooters you can find in any tourist town, and take it for a spin. All the basics are there – the feel, the open road, the throttle in your hand – except you reduce the likelihood of bodily harm exponentially. (One of our favorites is still the scooters for hire in Hanalei, on the North Shore of Kauai. “Breathtaking views” doesn’t even begin to say it.)

Got the bug by now? Go take a class. Not kidding. Most of your states require it for your license anyways, and it is a very, very wise use of a couple hundred bucks, which will pay for itself in reduced insurance fees. Most classes provide the bike and take you through the basics to get you ready for the road.

I sold my FZ-1 as part of my move into marriage (we needed the cash) and Minnesota (with nine months of winter). But summer is here, and I’m on Craig’s List looking for my second in what will be a lifetime of motorcycles. 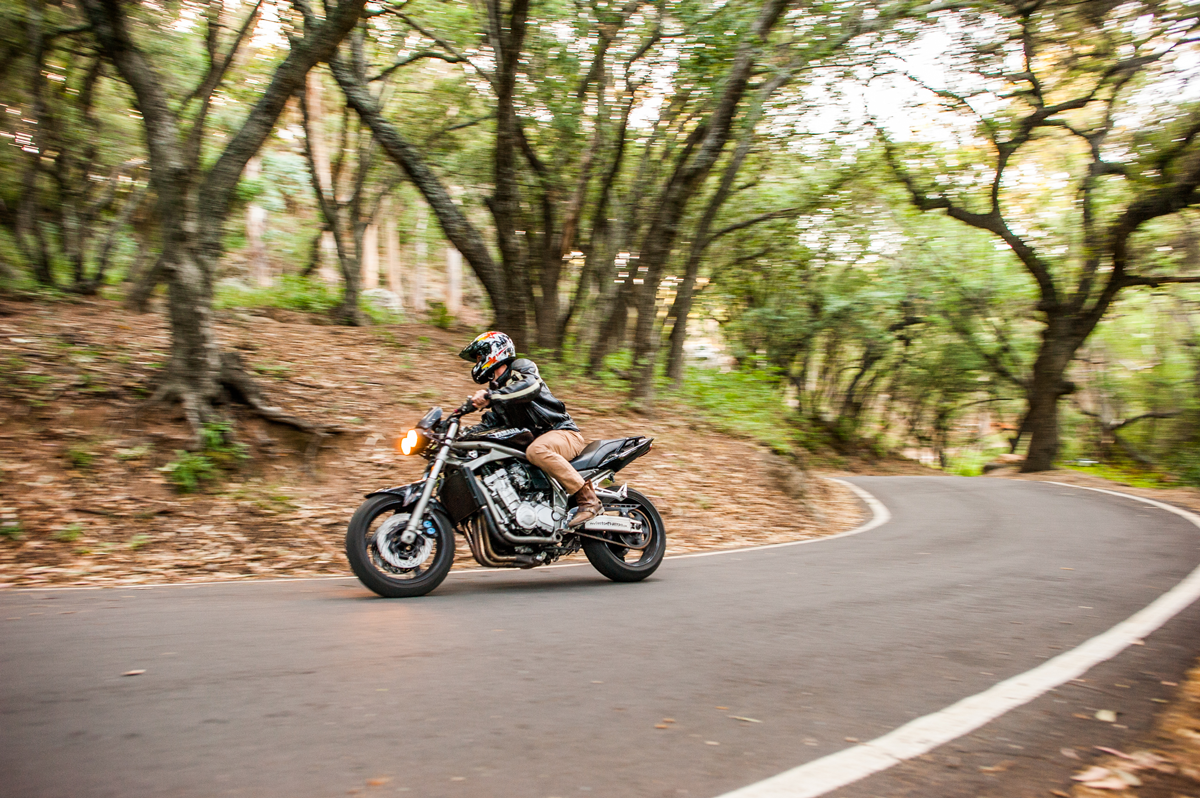 Fishy Business up Sean Connery in the Aftermath