There’s something ironic in the fact that YouTube has launched a new generation of adventure-seekers. Ironic because we typically watch the latest video of some guy jumping off a building while wearing a parachute from the comfort of our couch in veg mode. Then comes the day we see The Video—the one that touches our heart’s undying need for adventure.

My friend Naz picked up unicycling when we were both in high school, and I made plenty fun of him for it. Unicycling? How about a tight rope and some juggling to round off that lady-killer of a hobby? Yet as soon as he offered it as a challenge, and a skill only acquired through tenacity, my honor was roused and I sunk my teeth into mastering it. After hours and days I was able to ride down the street without killing myself. When we weren’t riding down to the mailbox we were watching YouTube videos of all those unicyclists better than us (that self-deprecating motivator you just can’t help). 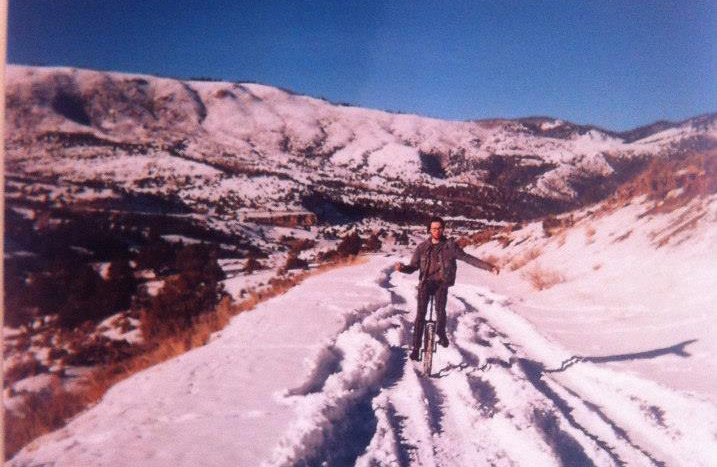 During those seemingly endless stretches of killing time, bad ideas start to look pretty good—especially to guys . We started on dirt roads, riding our little learning unicycle with plastic pedals and a small blue wheel over gravel and gentle hills. It was way better than riding to the mailbox, but we quickly learned that our little blue unicycle wasn’t exactly made for rugged terrain.

Back on YouTube we also discovered that the man’s unicycle in the video was a Mountain Unicycle, or "Muni" for short. Unicycles specifically made to ride down mountains; a knobby tire more aggressive than any bike tire, metal pedals, a bombproof frame, and a handle on the seat to hang on to for dear life. With a Muni under me I felt invincible…until my first real mountain unicycle ride. 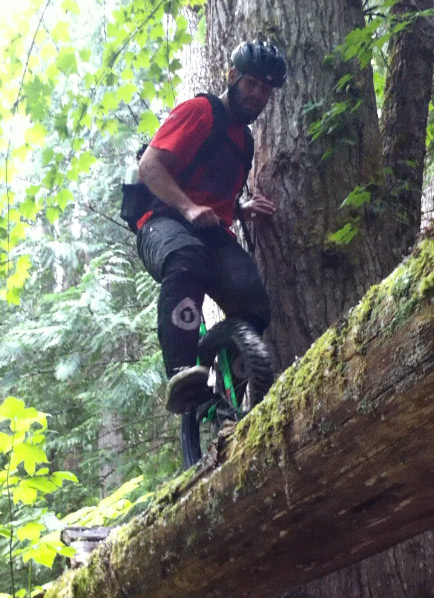 Careening down steeper and rockier single-track trails, hovering between balance and eternity, the feeling of invincibility vanished along with my breath. But that feeling was quickly replaced by another one, a better one.

Deep within my stomach, beyond the rush of adrenaline, beyond the fear, lurked a real sense of danger—and a real sense that I could overcome that danger. As trees whipped by, as gravel loosened under my tire, as gut-wrenching drop followed gut-wrenching drop, my heart beat faster and faster until it learned a new way to beat altogether. Tears streamed out the corners of my eyes from the rushing wind as I tasted something far deeper than mastering a skill.

I was tasting true adventure. And it was wonderful.

And it is wonderful, riding through misty forests and down ski slopes abandoned for the summer. Yes—we do wear helmets, gloves, and guards that cover all of the leg to above the knee. Sometimes it feels like we’re just along for the ride and gravity does the rest, but other times, the amount of control a Muni offers far exceeds any bike. As every gain or loss of speed, every turn, is directly controlled by our legs, the amount of control is so direct that it’s almost intimate. Whether we cruise down the trail or we brutally crash is up to us and us alone. We have a say in whether we conquer the danger or the danger conquers us.

Last summer, coming off a difficult trail in Whistler Canada, we passed a couple of mountain bikers heading the other direction. After giving us a once-over, one of them chided, “You’re missing a tire.”

Without much pause we responded. “It takes twice the man to ride half the bike.” 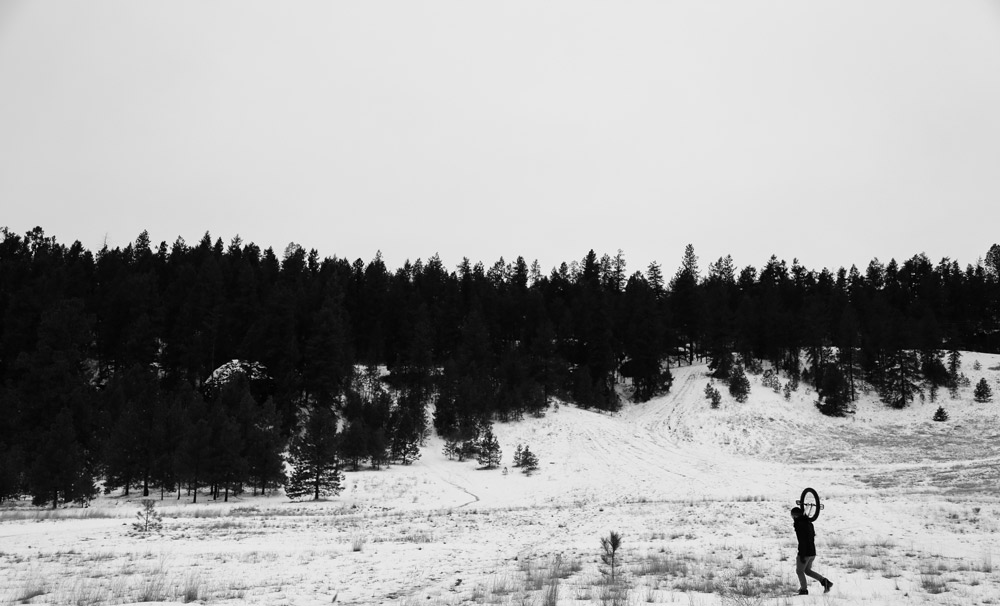 It Takes Two up Thaw